In 1949, virtually every player in the NBA wore the brand’s iconic Chuck Taylor All Star sneaker. Time progressed and Converse supplied new players with the tools to create basketball history. One of these players, signed to Converse in 1975, creator of the free-throw line slam dunk and all around basketball pioneer, Julius “Dr. J” Erving cemented the Converse brand in basketball history with his daring game play and swagger all while sporting his version of the classic Pro Leather silhouette.

On September 29, 2017, Converse launches the NBA Chuck Taylor All Star Collection, giving fans a way to show their NBA pride and celebrate their favorite teams. Representing all 30 NBA teams, the collection pays tribute to the game and celebrates the culture of basketball and its influence on today’s street style with three design tiers: Gameday, Legend and Franchise.

The Chuck SE NBA Franchise is a celebration of city pride for the fan who wears their heart on their sleeve. Launching in the Philippines are 6 out of the 13 NBA teams, the sneaker features team logos decorated on the tips of the laces and embroidered on the sneaker’s tongue with tonal lace and multicolor lace aglets. The mesh upper features the team’s name and jersey-inspired details, while each outsole is molded to display the given team’s city influence. The sneaker is covered in individually-screen printed jersey material and includes the Lunarlon sockliner and micro-suede internal lining for comfort. 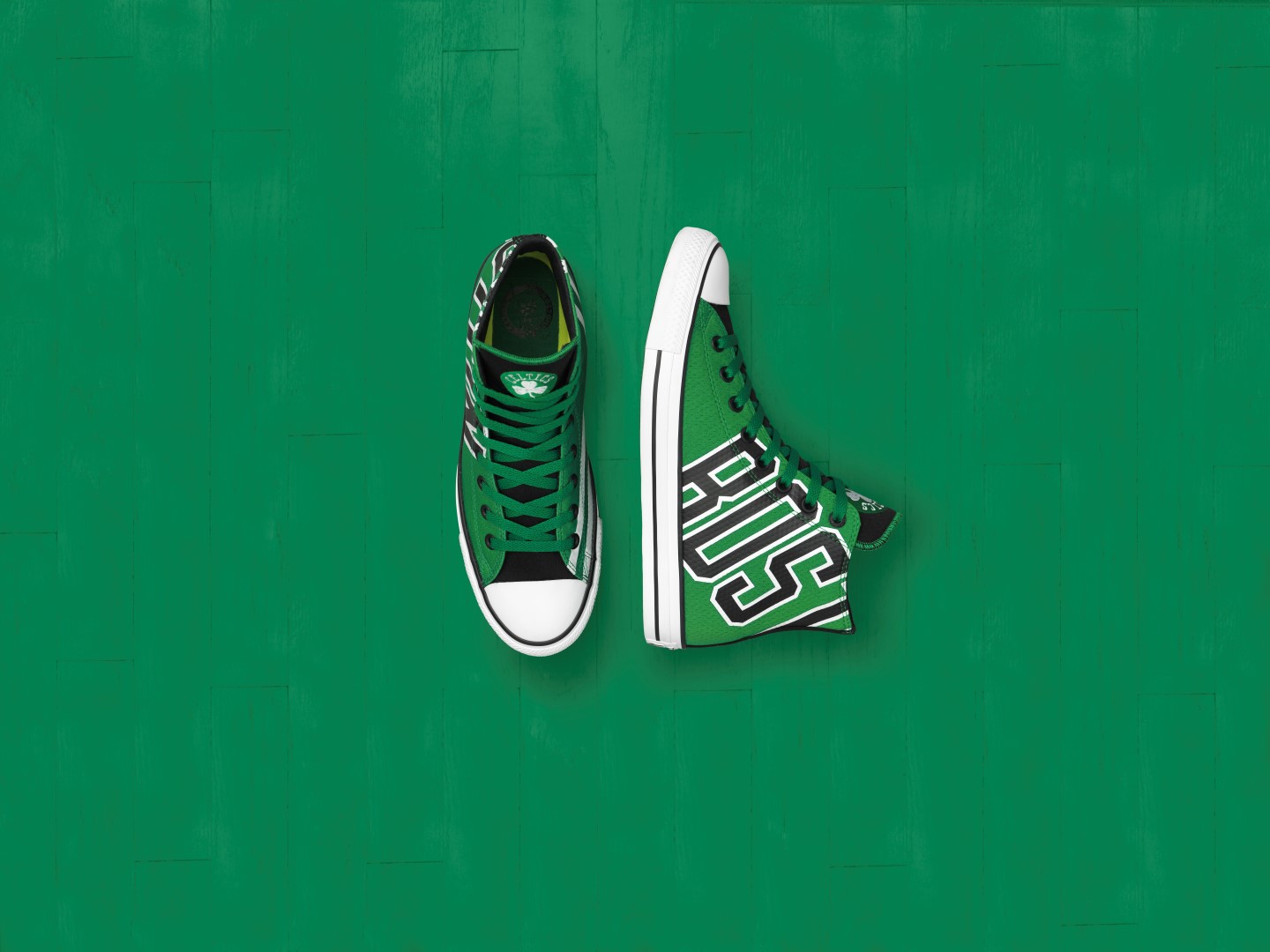 Boston Celtics
A legendary city with much to celebrate and a record breaking basketball team with more banners than any franchise in the league – the Celtics 17 NBA titles are recognized on the “Legend” sneaker with an embossed “17” on the upper. The Converse x NBA Boston Celtics sneakers commemorate the storied athletic record of the Green with a sneaker that helped bring Boston a whole lot of gold. 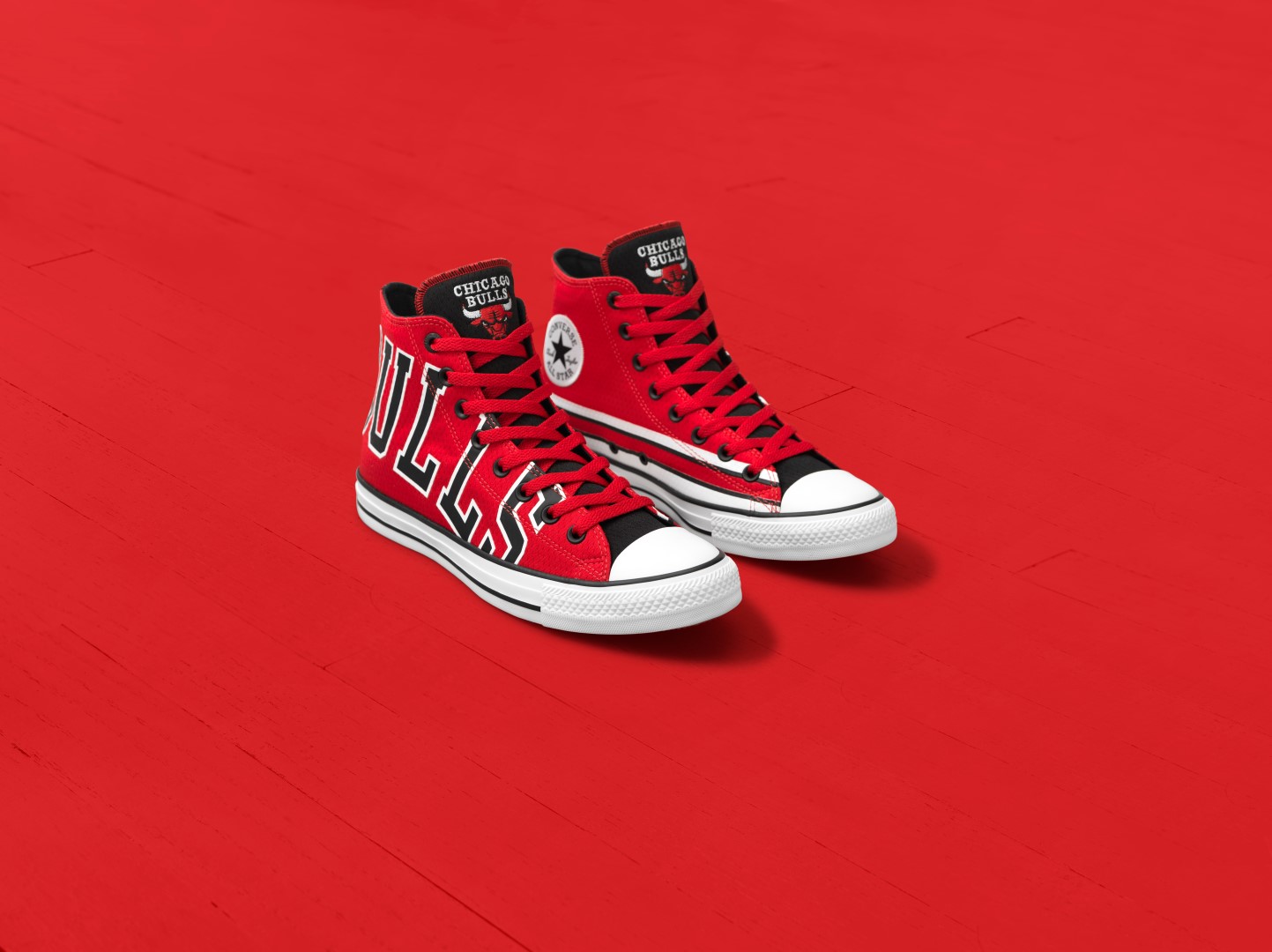 Chicago Bulls
A city with a team that won the ‘90s, the Chicago Bulls were unbeatable with two three-peat seasons spanning 1991-1993 and 1996-1998. The Converse x NBA Chicago Bulls sneakers recall the iconic ‘90s warm-ups with its two-tone nylon tongue and red triangles representing the game plan that made it all happen. 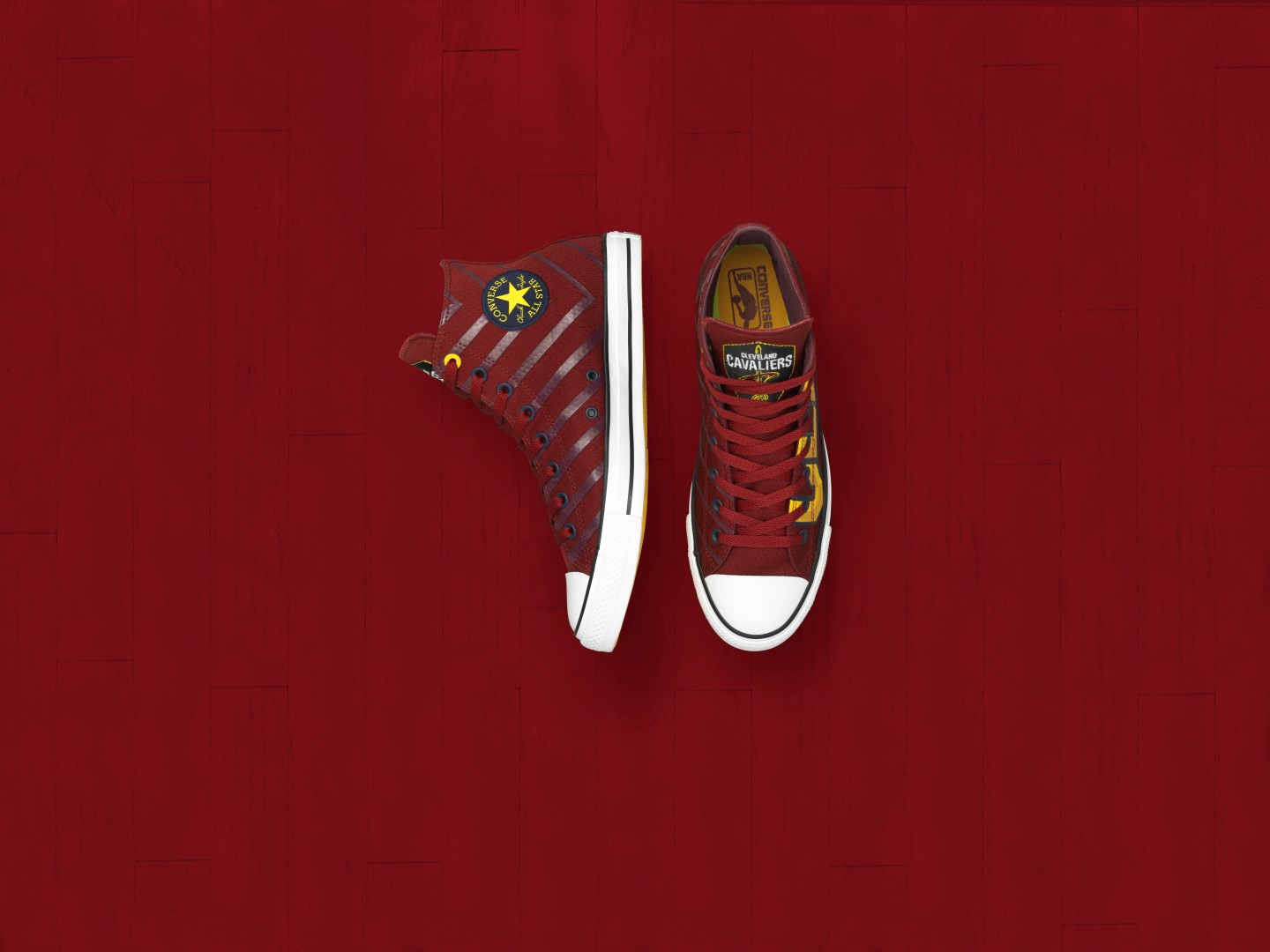 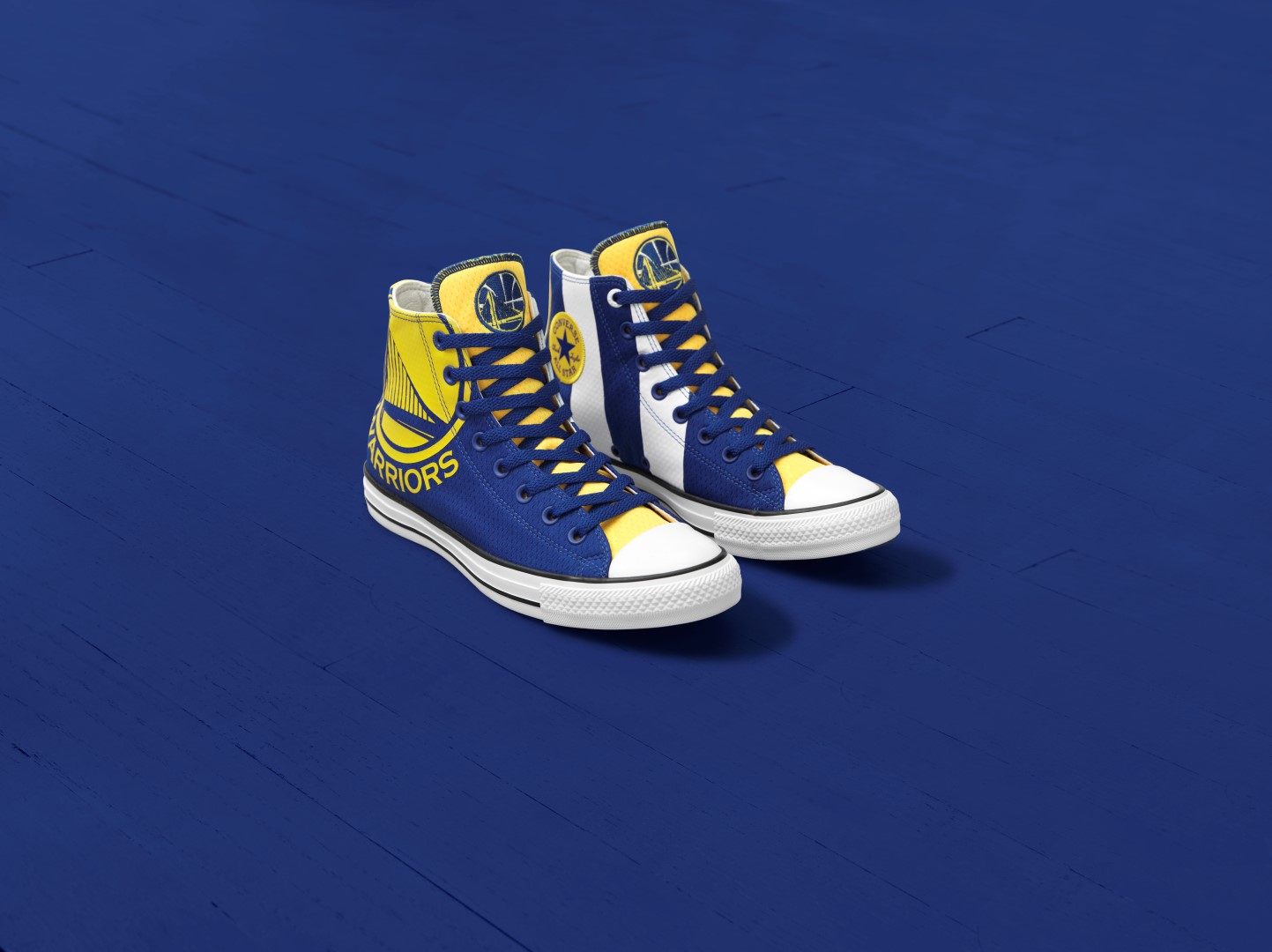 Golden State Warriors
Newly-minted legends in the NBA, the Golden State Warriors turned the Bay into basketball’s twenty-first century epicenter. The five-time championship winners have been creating historic moments in recent times for their competitive spirit and ability to overcome unbelievable odds. The Converse x NBA Golden State Warriors sneaker honors the Bay Area with an embroidered landscape of the Bay Bridge on the upper. 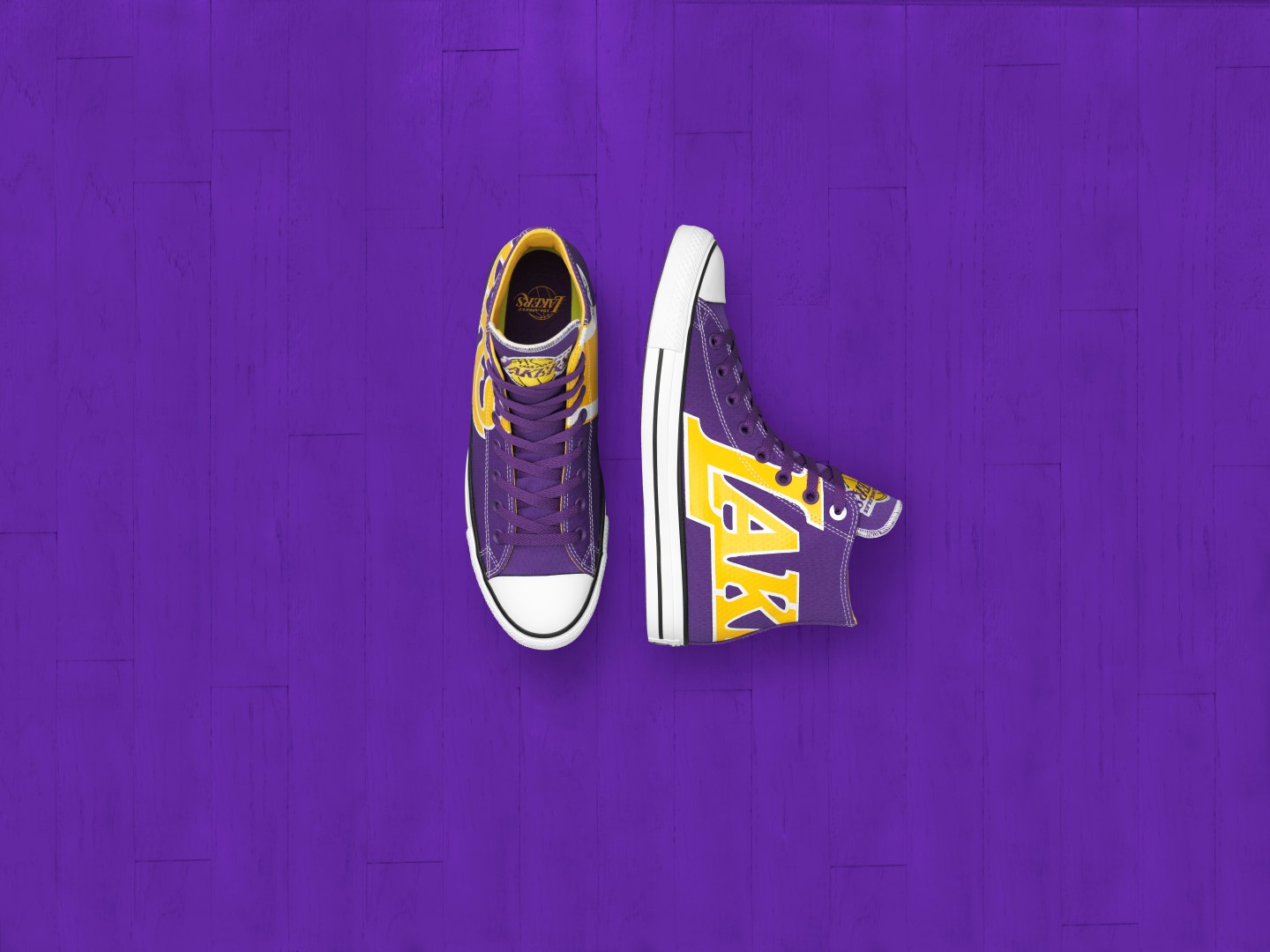 Los Angeles Lakers
The Los Angeles Lakers are all about “Showtime” – home of the purple and gold and one of the league’s most successful teams in NBA history with 16 championships. To celebrate, sixteen stars are embroidered on the sneaker’s tongue. Los Angeles slated an era when basketball embraced sunshine, celebrities, and a smooth, silky version of hoops. With star status athletes, the Lakers take center stage with 21 Hall of Famers and the NBA’s longest winning streak of 33 consecutive games. The Converse x NBA LA Lakers sneakers embody showmanship and functionality with an internal gold foil print and silver hardware along with premium leather lining and molded sockliner. 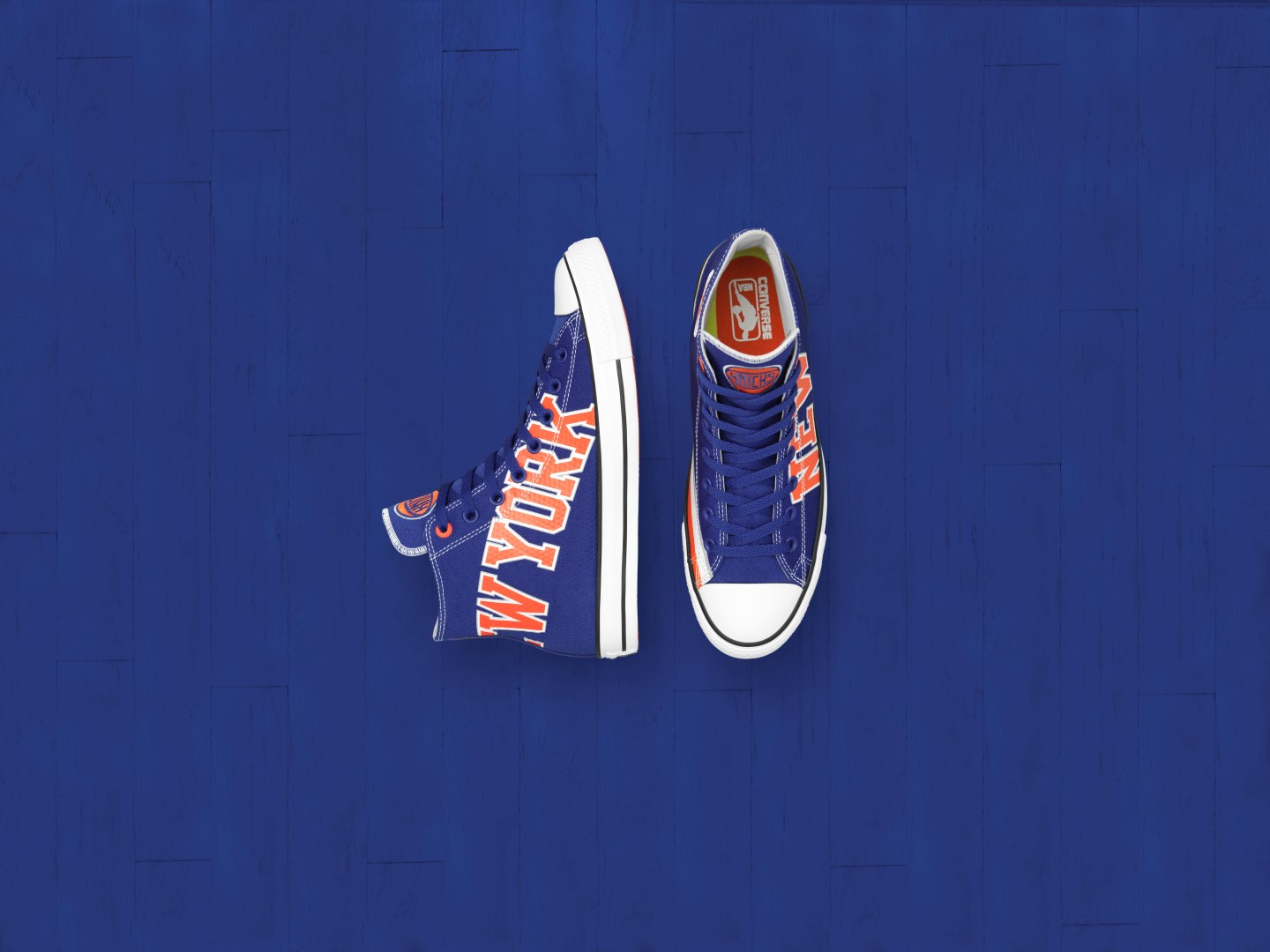 New York Knicks
The Pride of Gotham, the New York Knicks is a team that represents the fiercest metropolis on the planet. Diehard fans live for the slogan “Once a Knick, Always a Knick,” which is embossed along the side of the “Legends” upper. The Knicks are only one of two original NBA teams that remain in their founding city. The Converse x NBA New York Knicks sneakers denotes loyalty and originality.

The NBA Chuck Taylor All Star Collection is only available at Converse shops in Festival Mall, Glorietta and Ayala Center Cebu for Php 4,950. 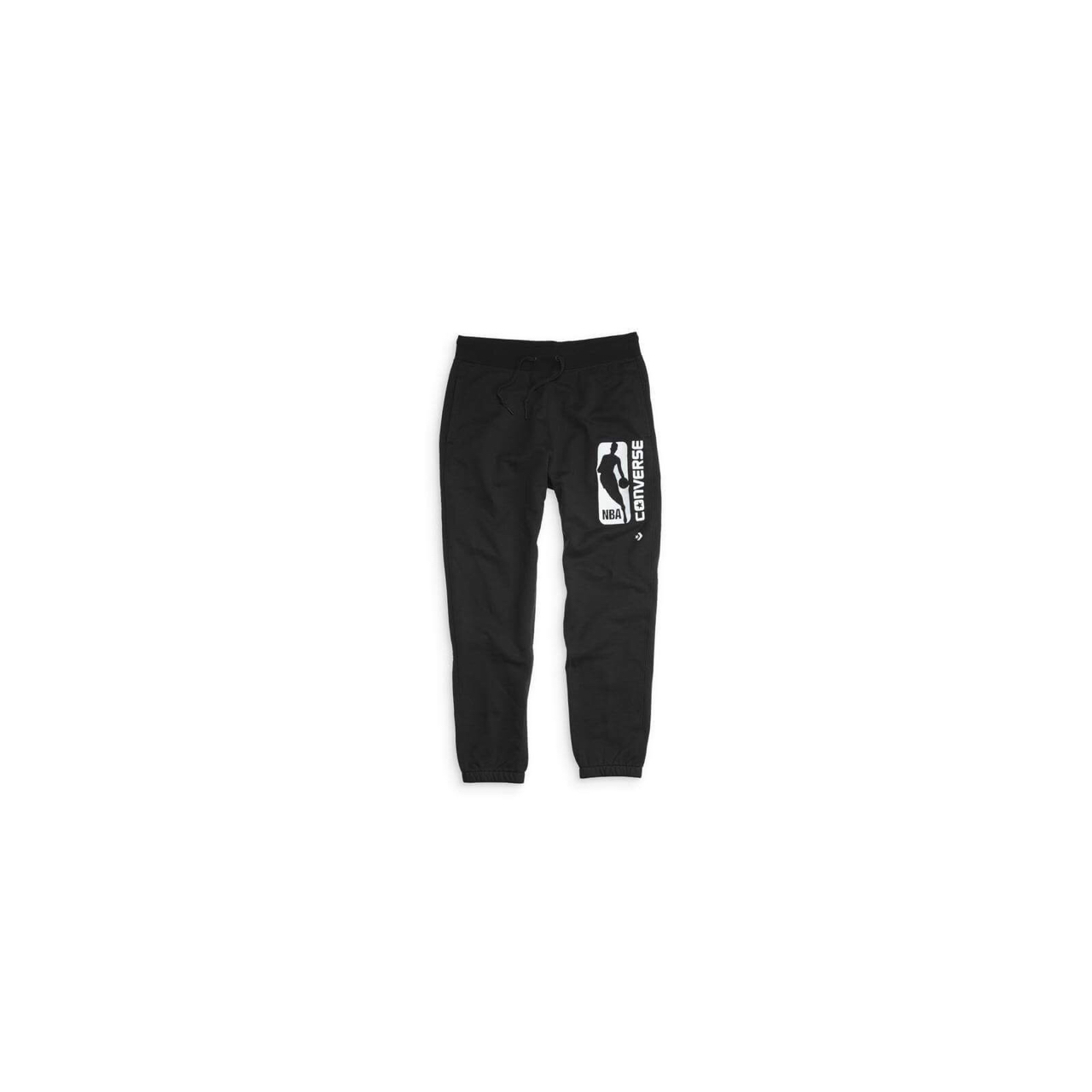 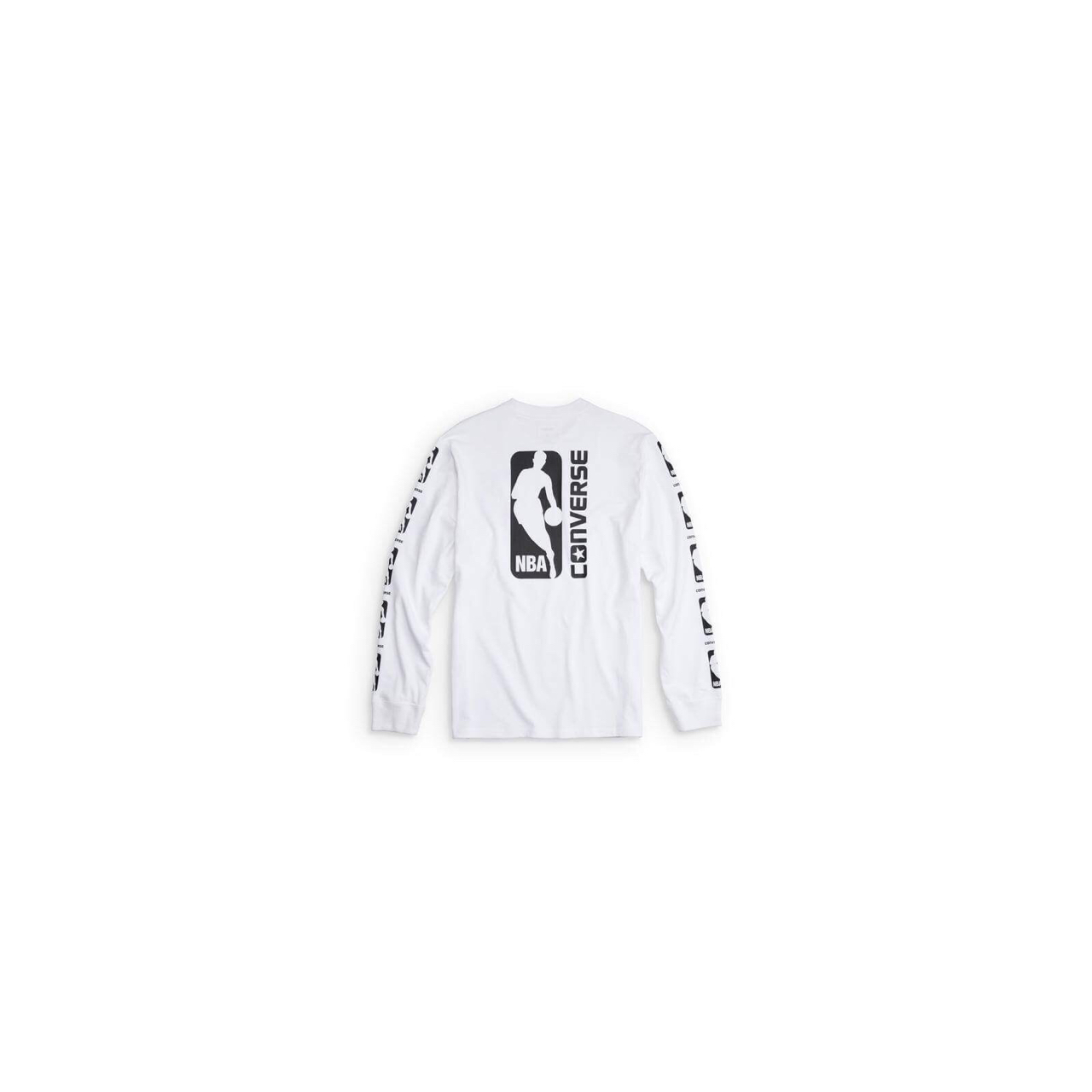 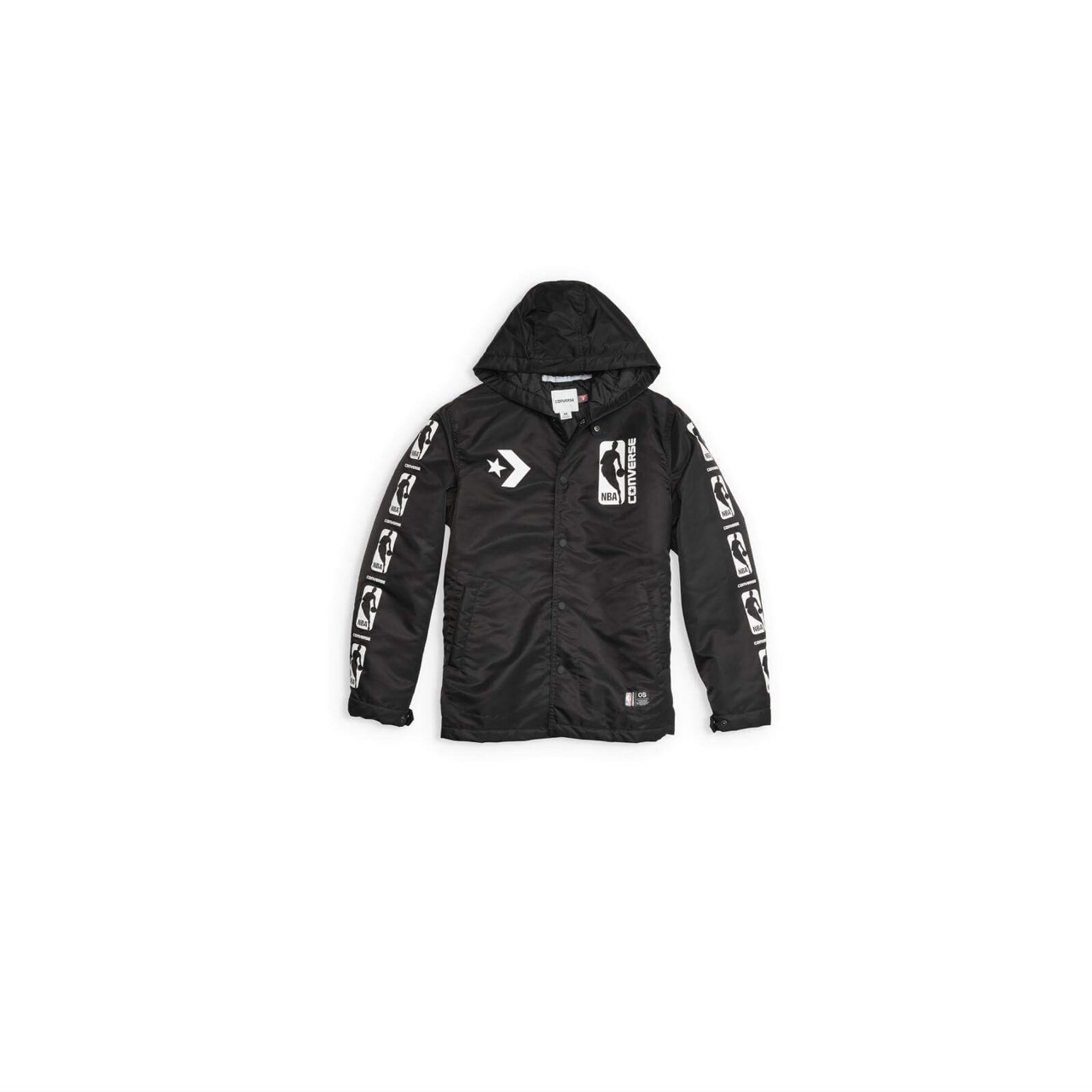 ABOUT CONVERSE
Converse Inc., based in Boston, Massachusetts, is a wholly owned subsidiary of NIKE, Inc. Established in 1908, the Converse brand has built a reputation as “America’s Original Sports Company”™ and has been associated with a rich heritage of legendary shoes such as the Chuck Taylor® All Star® shoe, the Jack Purcell® shoe and the One Star® shoe. Today, Converse offers a diverse portfolio including lifestyle men’s, women’s and children’s footwear, apparel and accessories and is sold globally by retailers in over 160 countries. For more information, please visit media.converse.com and follow @converse.

Five reasons why OFWs should invest in BRIA Homes

Thai Getaways For Starters: A Festival To Experience For Every...