Two legendary stars go against each other in a gripping and relevant action thriller from the director that helmed the Hollywood blockbuster film “Casino Royale”.

In “The Foreigner”, Jackie Chan plays Quan, a restaurant owner who lost his daughter in a politically-motivated bombing.  In search of the people responsible, he seeks the assistance of Irish Deputy Minister, Liam Hennessy, played by Pierce Brosnan.  When the latter expressed powerlessness to help, Quan points out Hennessy’s best-forgotten past that proves his capacity to identify the bombers.  Desperate to squeeze information out of Hennessy, Quan mounts his own explosive attacks.  As the conflict between the two men escalates, Quan’s tragic past also unravels, and the quest for the terrorists becomes more persistent.

“(It’s) about settling your demons,” says Producer Scott Lumpkin (Masterminds, Safe Haven, Best of Me) of this film based on the best selling novel, “The Chinaman”, by acclaimed crime writer Stephen Leather.  “Quan is wrestling with tragedies in his past…It’s time to pay back those that have done wrong for everyone.”

“While we were working on it, we knew that Jackie Chan would be playing Quan and we had Pierce Brosnan in our sights too,”  says screenwriter David Marconi (Enemy of the State, Live Free or Die Hard). “So, when I was doing the script, it was with these actors in mind.”

Jackie Chan, who is legendary for his explosive martial arts action sequences and larger-than-life performances readily accepted the challenge of playing a character that has “a quiet, almost solemn intensity”.   He says, “Every year, I try to do something different…(this) will give audiences a chance to see another side of Jackie Chan.”

“It‘s a character we haven‘t seen him play before. We all expect Jackie to come in and start kung fu-ing‘ everybody, but Jackie approached the character from a cerebral perspective,” explains Lumpkin. “He meticulously plans how he’s going to approach his antagonists…you can see that in his mind as the character develops.”

Producer Jamie Marshall (Twilight, Warrior, Immortal) admits to have been “a little anxious” about Jackie  playing an older man because the actor has “so much energy and youth…but after hair and makeup and three hours of rehearsals with director Martin Campbell, he came in on the first day of shooting as Quan.”  Marshall was blown away.

An actor oozing with class, Pierce Brosnan brings a sense of balance, coolness and class to the character of Hennessy.  “Hennessy is completely believable – he’s got a great charm at the beginning, but slowly he reveals how much of a bad-ass he is,” describes Lumpkin.

This is Brosnan’s reunion movie with Martin Campbell who directed him in the 1995 James Bond movie, “Goldeneye”.  Campbell is known for his expertise in storytelling, always capturing the character’s emotional high point within the scene.

With a brilliant cast and director, “The Foreigner” is nothing short of magic.  Proudly presented by VIVA International Pictures and MVP Entertainment, it is showing in cinemas on October 18, 2017. 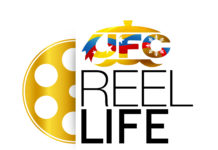 Changing The Way Games Are Played In “VICE”