Illumination and Universal Pictures’ blockbuster Despicable Me introduced global audiences to super-villain Gru and his mischievous Minions. After becoming a father to orphans Margo, Edith and Agnes, initially as part of an evil scheme to steal the moon, Gru ultimately gave up his life of crime and turned from Super Bad to Super Dad.

In Despicable Me 2, Gru was recruited by the Anti-Villain League (AVL) to put his skills as a former villain to use and brought the worst of the worst to justice. Never thinking romance was in the cards, Gru wound up falling hard for his super-spy partner, Lucy. To the delight of his daughters—who had always wanted a mom—he ultimately asked Lucy to marry him. 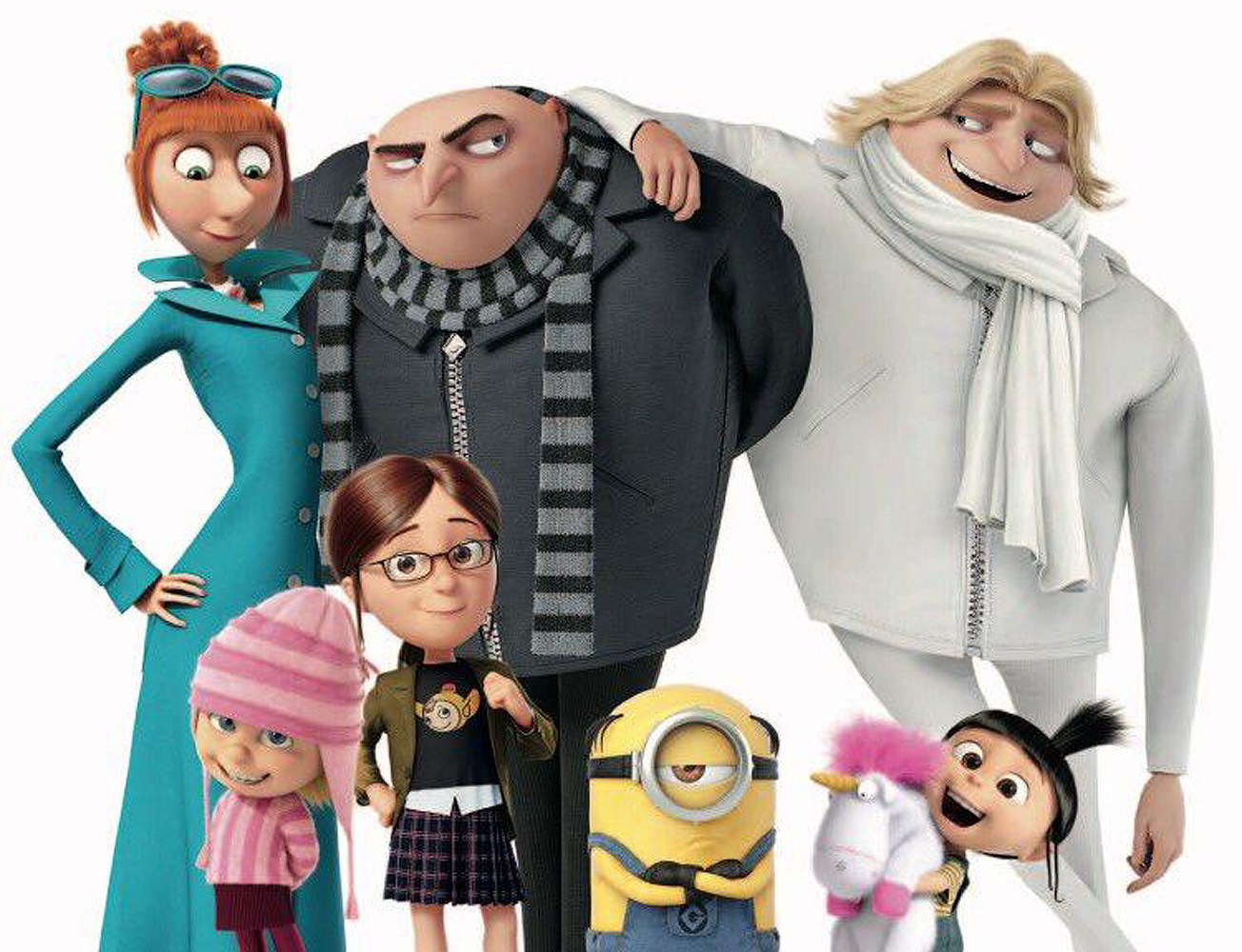 In Minions (which was released in 2015 but is a prequel to the Despicable Me franchise), we learned the origins of the lovable, yellow creatures and saw how Kevin, Stuart and Bob’s comedically misguided quest for an evil leader ultimately led them to team up with a young Gru. The mischievous trio will return for Minions 2 in July 2020.

This season, Illumination Entertainment continues the story of Gru, Lucy, their adorable daughters—Margo, Edith and Agnes—and the Minions in Despicable Me 3 in Philippine cinemas on June 14, 2017.

After he is fired from the Anti-Villain League for failing to take down the latest bad guy to threaten humanity, Gru finds himself in the midst of a major identity crisis. But when a mysterious stranger shows up to inform Gru that he has a long-lost twin brother—a brother who desperately wishes to follow in his twin’s despicable footsteps—one former super-villain will rediscover just how good it feels to be bad.

Producer Chris Meledandri approached Despicable Me 3 with two primary goals. “One was to honor the elements that audiences love,” he says. “The second was to create new, fresh experiences and characters that make the film dynamic. The Despicable Me movies work because, while on one hand, they’re broad, funny and fun….there’s also an emotional resonance that runs through their center. They continue to resonate because of the characters. The Minions charm and delight audiences, and even though Gru was a villain, we still find him highly relatable and want him to succeed in any situation.”

In Despicable Me 3, Gru discovers a family he never knew. “While, narratively, movies are generally about protagonists overcoming obstacles, it’s how they do that—and what happens along the way—that needs to surprise and delight,” Meledandri continues. “I’m especially proud that our team has been able to create a nostalgic pull toward characters we’ve all grown close to, as well as provide a sense of discovery with all these new elements.”

Despicable Me 3 is directed by Pierre Coffin and Kyle Balda, co-directed by Eric Guillon, and written by Cinco Paul & Ken Daurio. The film is produced by Illumination’s Chris Meledandri and Janet Healy, and executive produced by Chris Renaud.