Baywatch follows devoted lifeguard Mitch Buchannon (Dwayne Johnson) as he butts heads with a brash new recruit (Zac Efron). Together, they uncover a local criminal plot that threatens the future of the Bay.

“It was exciting to read a script with strong, distinct characters with their own personalities,” says Daddario. “I appreciated that every character gets an opportunity to be badass in their own way.” 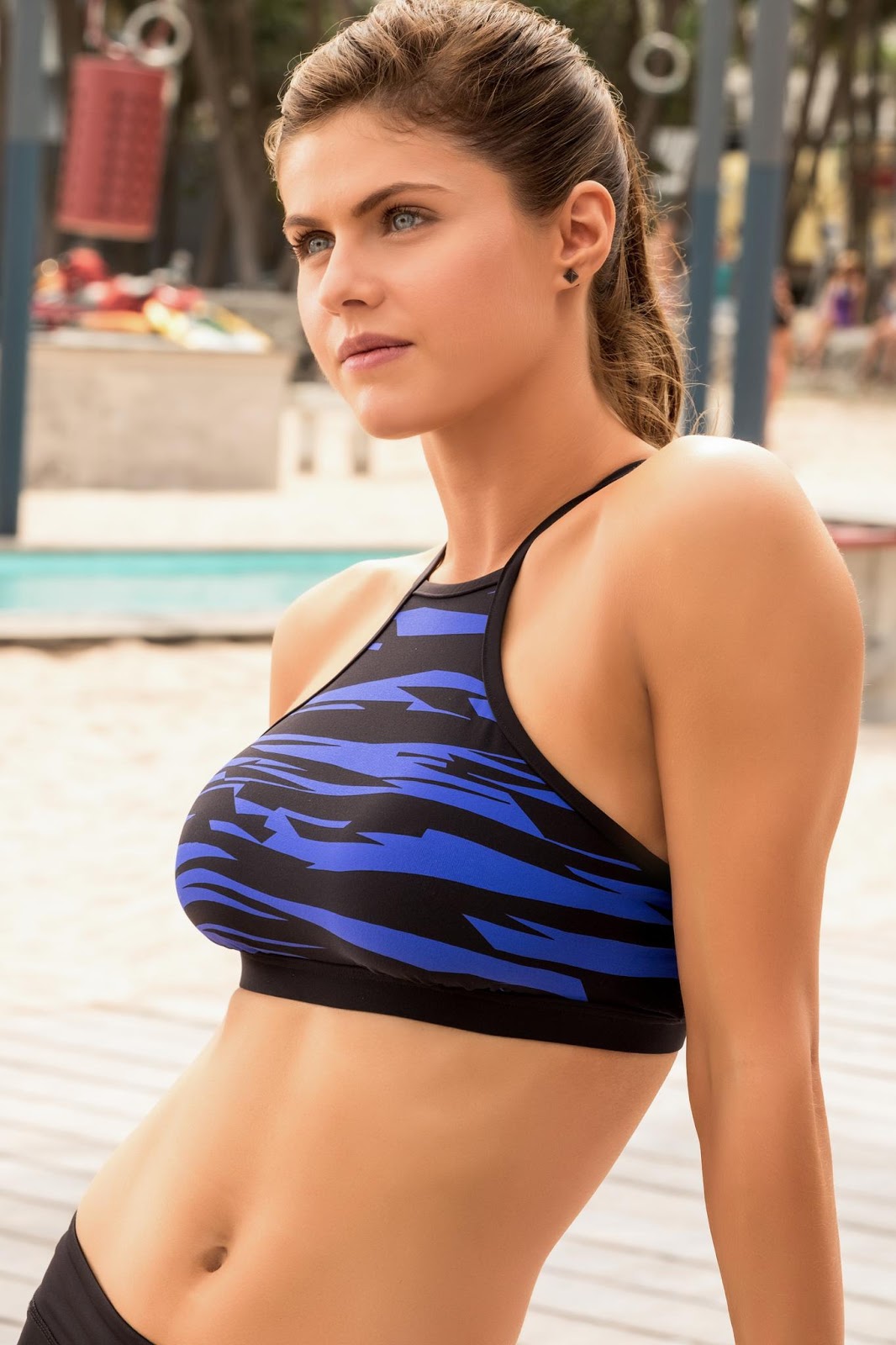 Daddario was thrilled to reunite with Johnson, her San Andreas co-star. “It’s very cool to be able to say I’ve been in two movies with ‘The Rock,’” says Daddario. “Dwayne is one of the most genuine, kind and hardworking people I’ve ever met, and it’s a joy to work with him.”

“Alex is a fantastic actress and a beautiful person in every conceivable way,” praises Johnson. “She’s whip-smart and funny and always in on the joke.”

Sports Illustrated swimsuit model Kelly Rohrbach plays free-spirited C.J. Parker, the role made famous of the legendary Pamela Anderson. The character’s cultural significance was not lost on Rohrbach, a lifelong fan of the series. 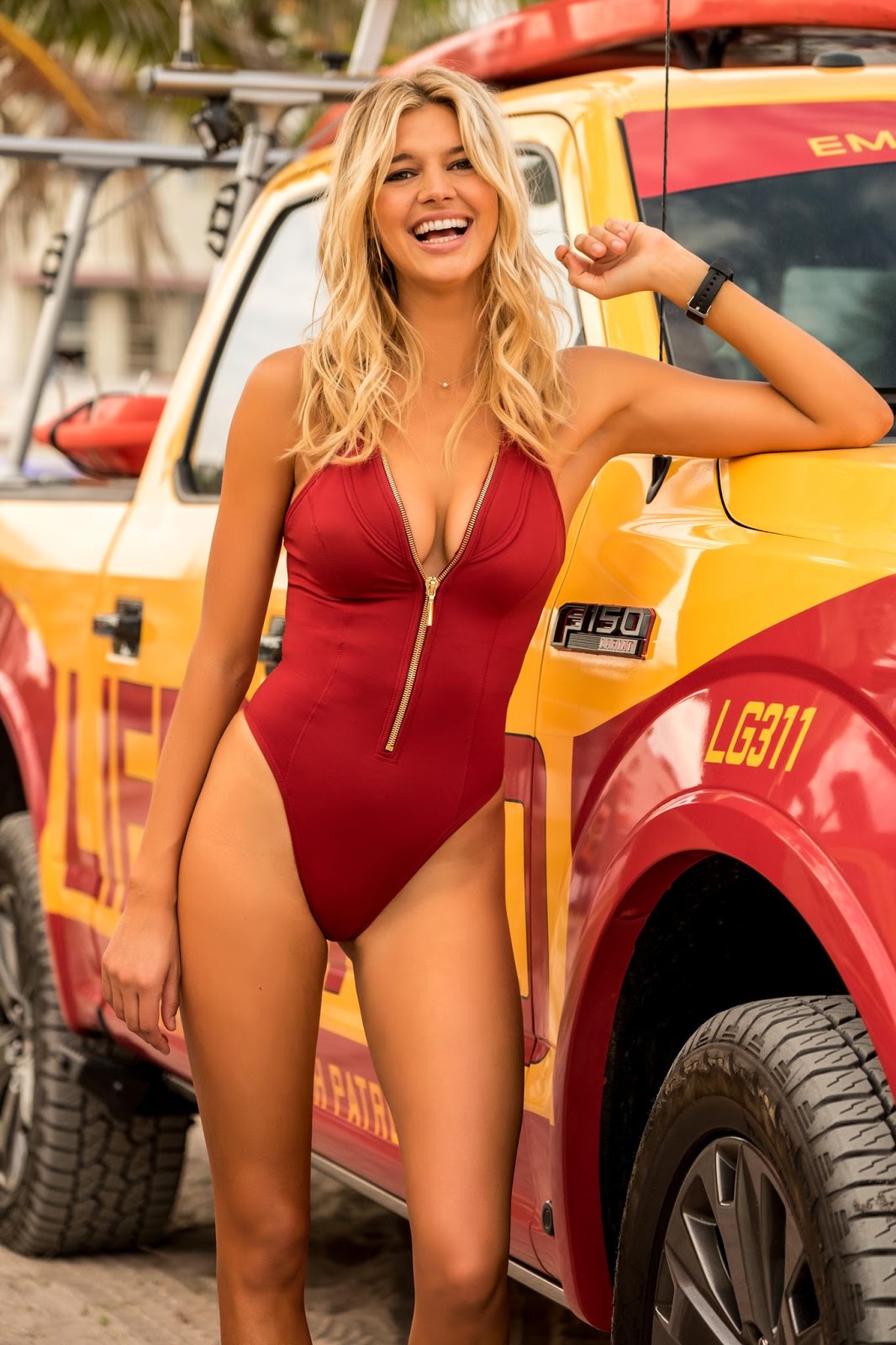 “My sisters think it’s hilarious, because Baywatch was the only thing we watched growing up,” Rohrbach recounts. “One of my earliest memories is sucking my thumb and watching Baywatch. It’s such an iconic piece of pop culture. Everybody has a memory attached to it in one way or another, and I loved the script’s cheeky take on the series.”

Like Anderson before her, Rohrbach provides many of Baywatch’s famous slo-mo running scenes. “Something Seth came up with that I think is brilliant is whenever anyone sees C.J. running, she seems to be in slow motion,” says Flynn. “It’s one of the best remembered parts of the show, and I have no doubt they’re going to be some of the best remembered scenes of the movie.” 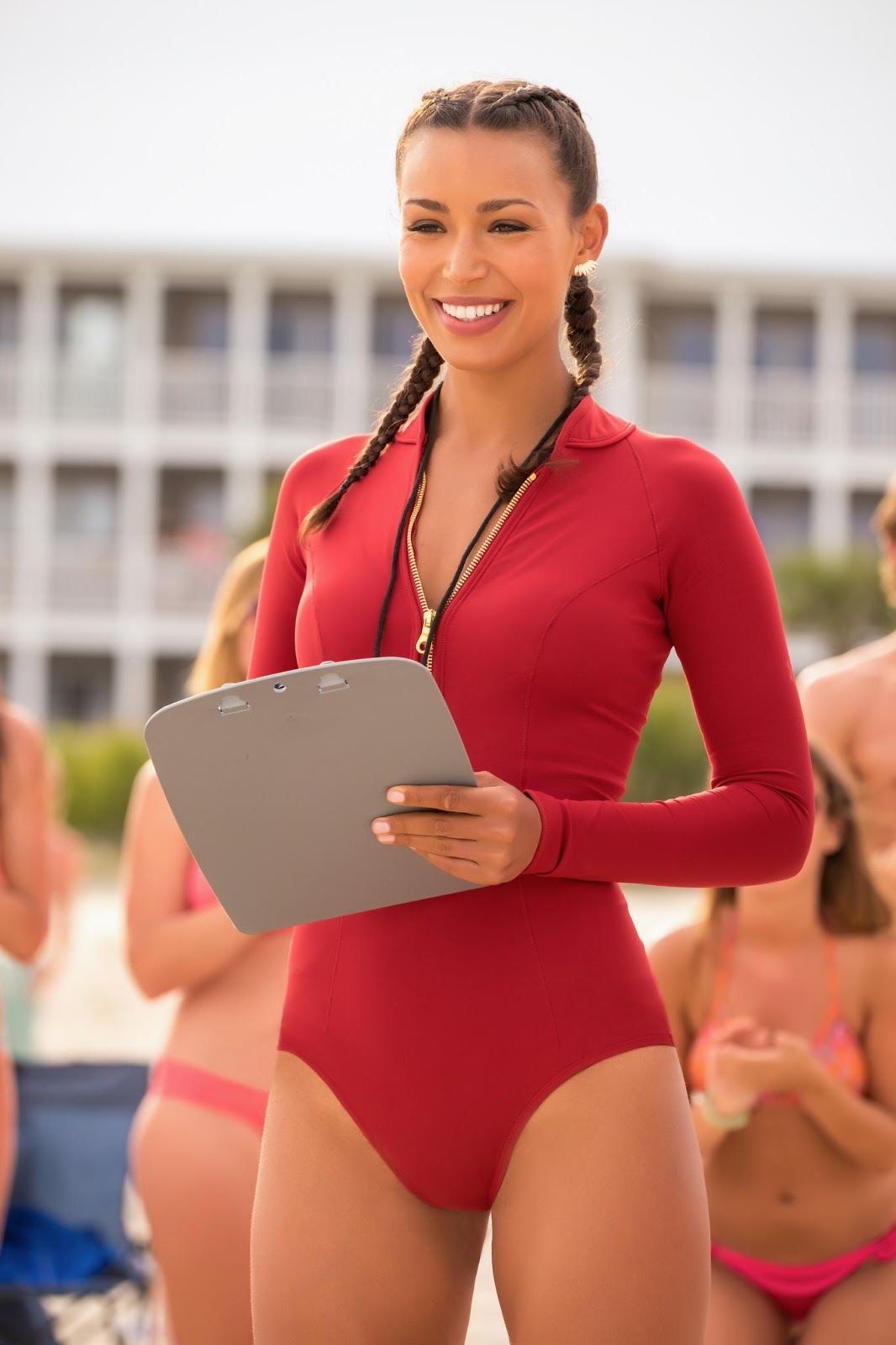 “If Mitch is the group’s father figure, Stephanie would be their mom,” says Hadera. “She’s a little older, wiser and there to crack the whip, but also takes the less experienced lifeguards under her wing.”

“Like her character, Ilfenesh is tough and smart, and does her homework,” praises Gordon. “She’s a wonderful actress who I think is going to have a breakout year.”