King Arthur: Legend of the Sword is the bold new story that introduces a streetwise young Arthur (Charlie Hunnam) who runs the back alleys of Londonium with his gang, unaware of the life he was born for until he grasps hold of the sword Excalibur—and with it, his future. 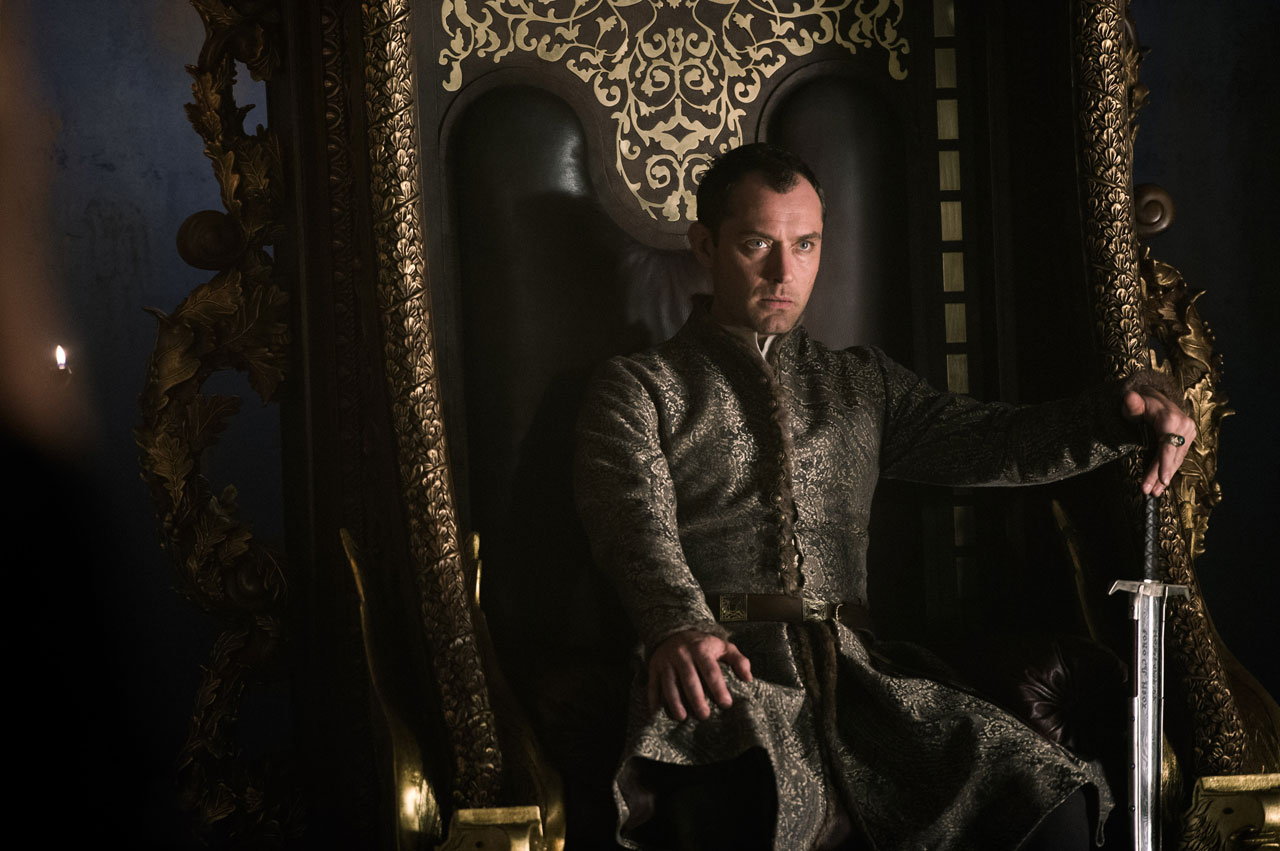 Instantly challenged by the power of Excalibur, Arthur is forced to make some hard choices. Throwing in with the Resistance and a mysterious young woman named Guinevere (Astrid Bergès-Frisbey), he must learn to master the sword, face down his demons and unite the people to defeat the tyrant Vortigern (Law), who stole his crown and murdered his parents, and become King.

Law reveals, “Vortigern rules through fear. He’s purging the country of mages and the old ways in order to harness the control solely for himself. But the way he came to rule preys on his conscience, on his soul. It’s very dark and very twisted. And over time, he’s almost developed an addiction to the control, to his supremacy, so he’s a man wrestling with his inner devil, that devil being his own ego. It doesn’t matter that Arthur has no awareness of his own status; he’s a perceived threat to Vortigern’s delicate hold on the power he craves.”

Director Guy Ritchie notes, “We wanted Vortigern to be more than just a bad guy, and Jude isn’t a predictable choice for the villain. I had total faith in him and he gave us a really layered bad guy who you love to watch.”

Law adds, “Vortigern believes he is the righteous king, and he thinks Arthur, this peasant whippersnapper, can’t possibly bring anything to the throne. Within the reimagining of this mythology, the writers were clearly curious about the layers to this character, and for an actor, those were good discussions to have. That, and stomping around in armor with hundreds of soldiers and dogs and men on black horses, made this film truly fun to be a part of.”

Law worked with Hunnam several years prior, on the film Cold Mountain. Law recalls, “In that film, Charlie played the villain and I was the good guy! He’s a great actor, very collaborative, and has a solid work ethic.” 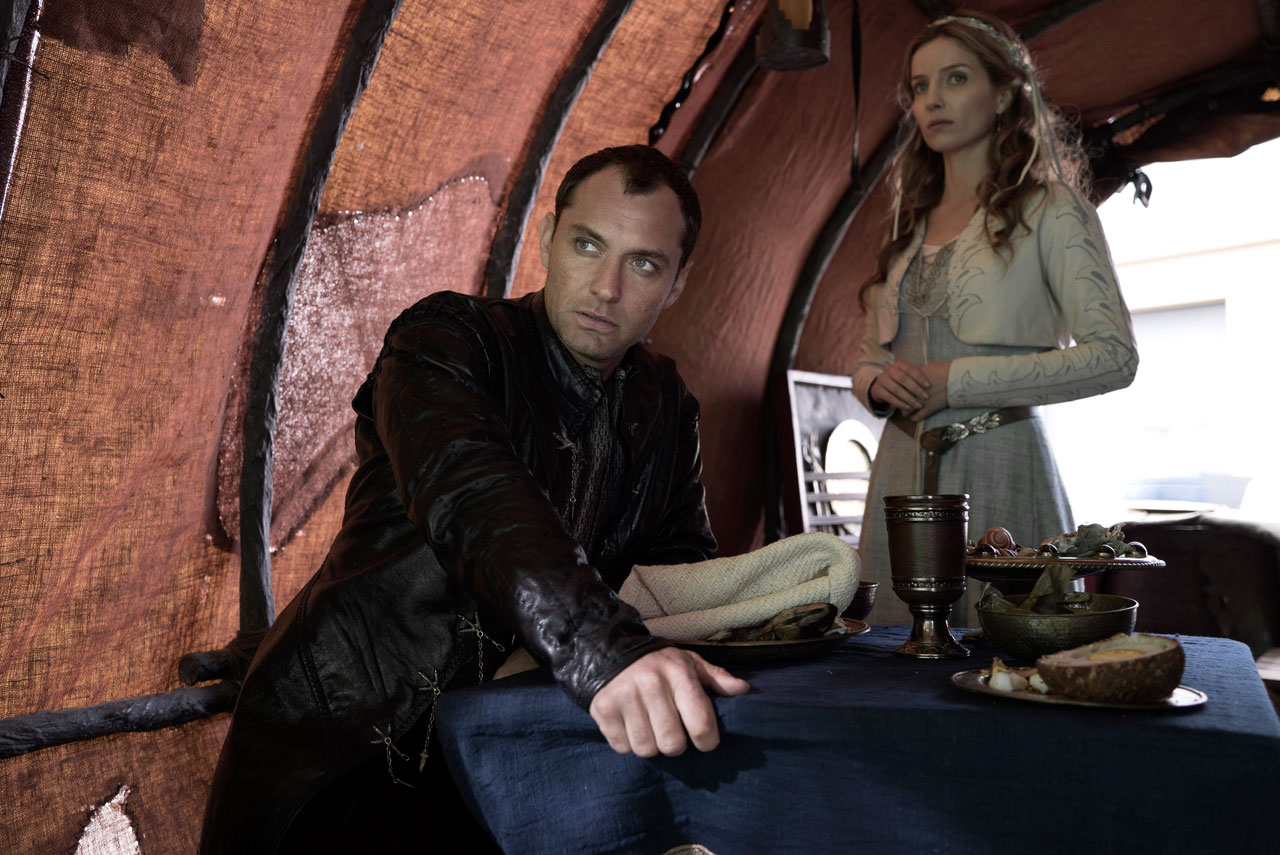 During filming on King Arthur, Hunnam became an even bigger fan of his co-star. “I think Jude is terrific, and I think his performance in this film is one of his best to date. He did sensational work.”

New Trailer of “The Finest Hours” Comes to the Rescue