For a generation of TV fans the world over, the name Baywatch conjures up images of sun, surf and statuesque lifeguards, running in slow-motion in form-fitting red swimsuits.

The film follows devoted lifeguard Mitch Buchannon (Johnson) as he butts heads with a brash new recruit (Efron). Together, they uncover a local criminal plot that threatens the future of the Bay. 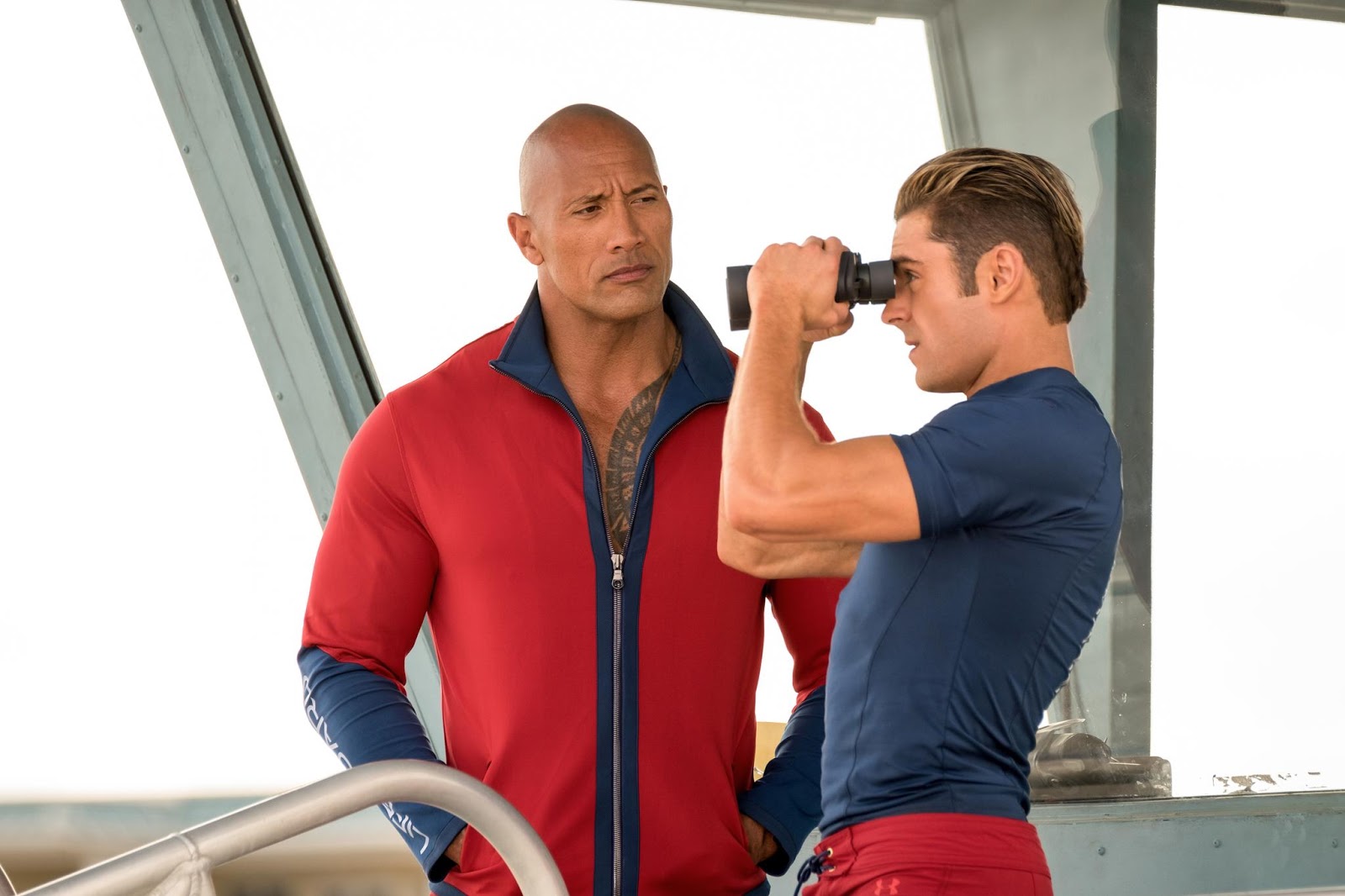 “Baywatch is just about the most successful television show of all time,” says executive producer and star Dwayne Johnson. “So I was drawn to the challenge of reintroducing a beloved property to a new audience who might not have grown up with it.”

“It’s a fun piece of pop culture,” adds director Seth Gordon (Horrible Bosses, Identity Thief). “People generally know the basics: David Hasselhoff, Pamela Anderson, and slo-mo running on the beach, but beyond that, I felt like we had a real opportunity to redefine the brand.”

“The show was pure escapism,” says producer Beau Flynn (San Andreas, Hercules). “It was perfect for people all over the world to unplug from their daily lives and be transported to this world of gorgeous people on the beach. The idea behind the film is to supersize that, and at the same time, have some fun with it.”

“Obviously, there was a lot about the original show that worked,” says Johnson. “So we wanted to keep some of the core elements in place while raising the stakes for a feature film. The stunts are bigger, the action is more intense, but we’re not taking ourselves as seriously as the show. We worked hard to find the right balance. Seth threaded the needle perfectly. As badass as the action in this movie is, we’re all in on the joke. We’re all having fun. We’re laughing with Baywatch, not at Baywatch.” 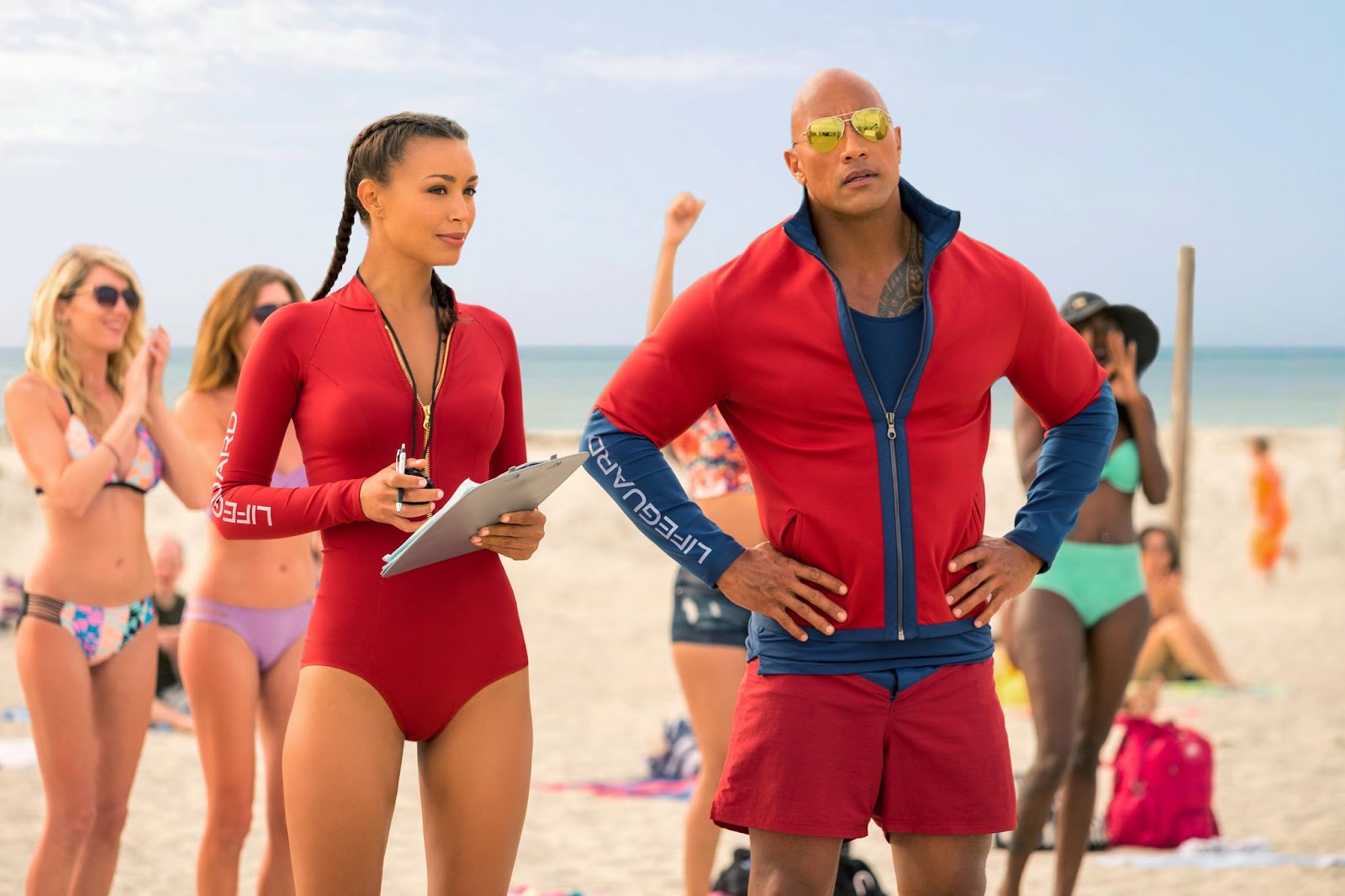 The creative team agreed on the film’s raunchy comedic tone right away.

Johnson recalls, “From the beginning, one of my main things was ‘It’s got to be rated ‘R.’ Let’s swing for the fences.”

“When Dwayne and I started talking about Baywatch, we made a pact that no matter what, we’d take full of advantage of our ‘R’ rating to break people’s expectations of the TV show,” says Flynn.

“The ‘R’ rating is a great canvas to be as edgy or irreverent as you want, so we really let it rip with the language and nudity, male and female. We’re proud of the risqué ‘wow’ moments we had to fight to keep in the movie.”

Johnson explains, “We wanted to raise the bar in terms of shocking humor. With comedies, there’s ‘fun’, and above that, there’s ‘awesome, I didn’t expect to have that level of fun’, but way beyond that, at the top of the mountain, there’s ‘filthy fun.’ Let me tell you, ‘filthy fun’, that’s something. That’s the rarified air up there. Baywatch is ‘lights out, game over, we may have to cancel Christmas’ level filthy fun.’”