A fun and fast-paced comedy with both heart and bite, New Line Cinema’s Going in Style showcases the remarkable star power of film legends Morgan Freeman, Michael Caine, and Alan Arkin, together on screen for the first time.

In the film, there’s only so much a guy can take, before he has to do something about it. Sometimes in a way no one ever sees coming. Take Willie (Freeman), Joe (Caine), and Al (Arkin). These big-hearted, upstanding Brooklynites with a friendship forged on the assembly line at Semtech Steel never saw themselves as the kind of men who would dare to rob a bank. Of course, they never thought their bank would rob them.

Now they’re mad as hell. Screwed over by the pension and mortgage systems and convinced they have nothing left to lose, these late-blooming, would-be criminal masterminds throw in together for a one-time plunge into a risky, unfamiliar—and oddly invigorating—world of split-second timing, disguises and getaway cars. Syncing their alibis, they prep to pull the perfect heist and take back what’s theirs if it’s the last thing they do. No more, no less. 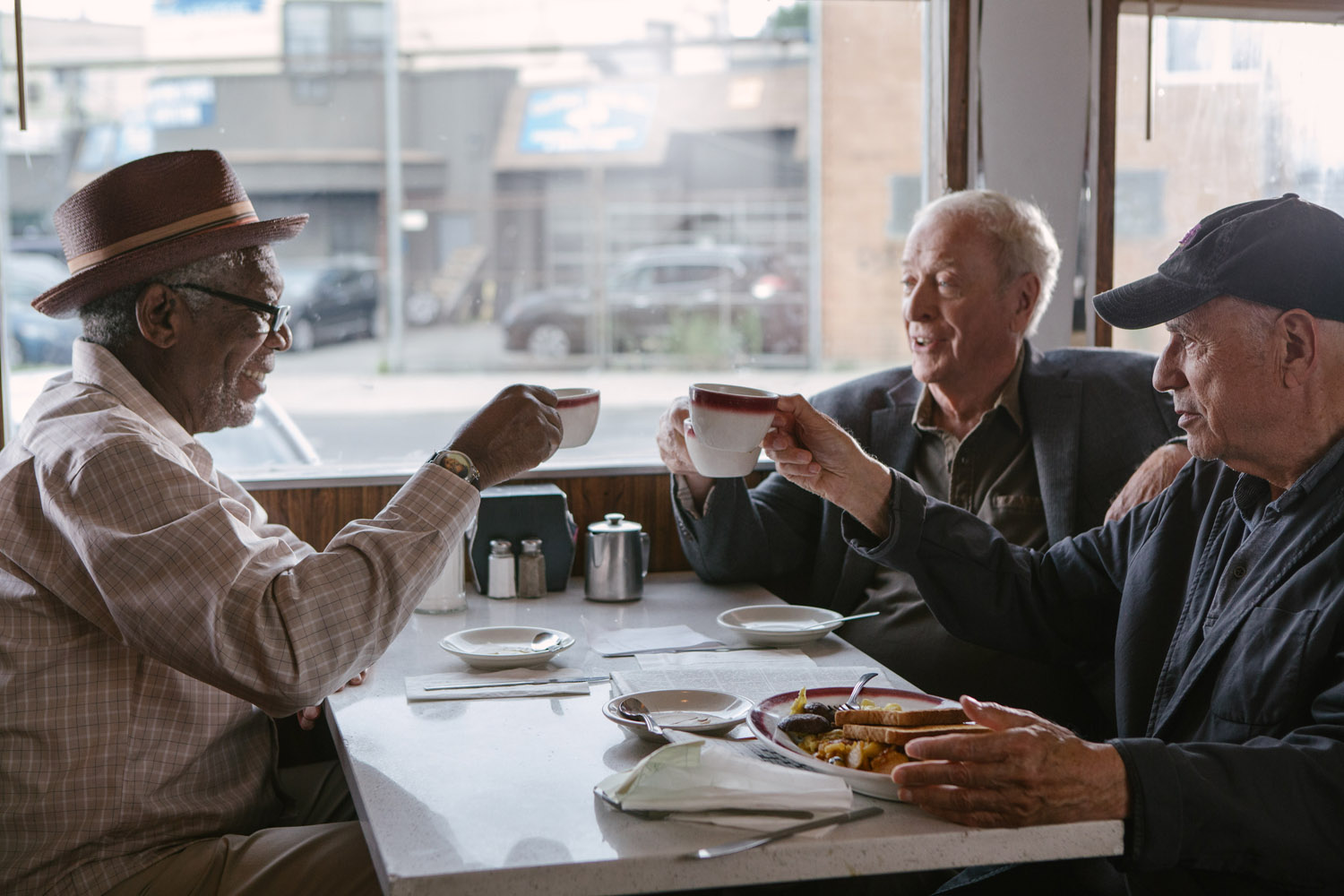 Played largely for laughs, Going in Style also strikes a note of genuine outrage over the machinations of big business, which might ring true for a wide audience—many of whom, like Joe, Willie and Al, have felt the pinch of disappearing benefits and bait-and-switch loans, and fallen into the breach between what they were promised and what they got.

“You can imagine,” says Arkin, “if someone worked their whole life and counted on the company they worked for to honor that commitment, and it doesn’t, that even someone who’d never had a criminal thought in their lives would become enraged. I can completely understand why these three guys go ballistic and do what they do.”

In that respect, notes producer Donald De Line, “The system often doesn’t work, whether it’s pensions or insurance or the banks. My father was with a company for years and retired with a pension that was suddenly reduced by half when that company was taken over. These things happen all the time.”

For all its bounce and banter, when it comes to real issues the story doesn’t pull its punches. “We have some very funny stuff happening,” says director Zach Braff, “but the reality of their situation and its stakes are played straight and honestly, and I don’t think you can help being moved by the prospect of these three men suddenly struggling for a way to survive.”
The audacious plan they concoct may be the ultimate wish fulfillment for audiences, offering none of the risks, and a lot of vicarious rewards. Says De Line, “It’s immensely satisfying because you’re rooting for them to succeed, and you can see the energy and vitality it gives them. It’s the most exciting thing they’ve done in years….maybe ever.” 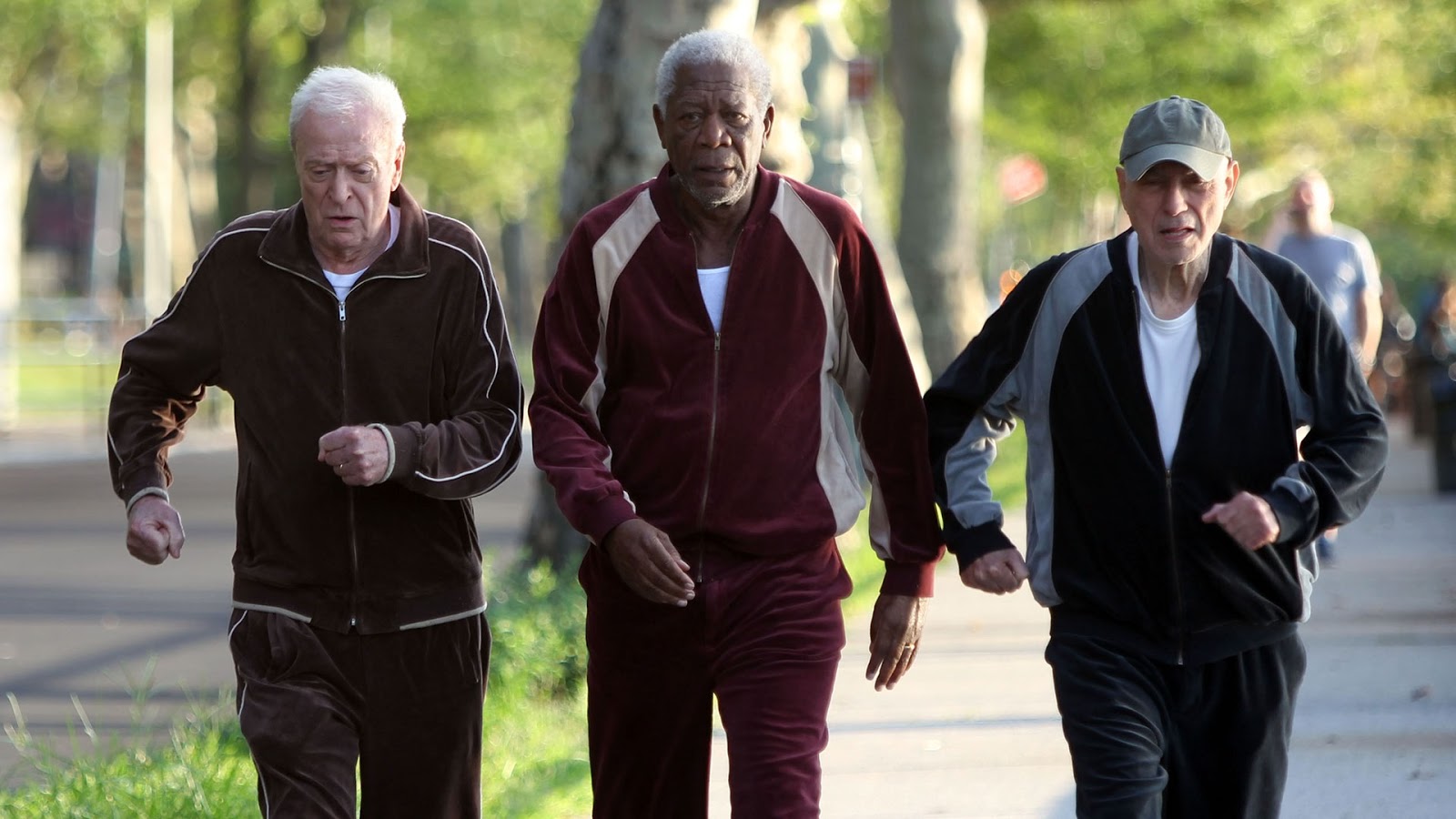 “I think audiences respond to people getting even,” offers screenwriter Theodore Melfi. “We had to approach it in a comedic way because what they’re doing is a crime, but what’s been done to them is also a crime. I have a big thing about justice and about people getting their due. For me, these guys are clearly in the right. They’ve worked 40 years and their pension is stripped from them. And what happens to Joe with his mortgage is a perfect example of the salesmanship of a bank officer to profit the bank, without regard to its customers.”

“I think this story captures the zeitgeist,” Braff suggests. “It definitely touches on the way corporations can screw the little guy. But first and foremost it’s a comedy about three men taking back their power: guys who’ve never committed a crime in their lives, who’ve never done anything this crazy and dangerous, but who find their backs against the wall and decide that if they’re going to do something about it, they’re going to go very, very big.”

Kris Aquino Talks About Her Own Personal List Through “The Kris...