The first trailer from Columbia Pictures’ new comedy Rough Night, starring Scarlett Johansson, has arrived online and may be viewed above.

In Rough Night, an edgy R-rated comedy, five best friends from college (played by Scarlett Johansson, Kate McKinnon, Jillian Bell, Ilana Glazer, and Zoë Kravitz) reunite 10 years later for a wild bachelorette weekend in Miami. Their hard partying takes a hilariously dark turn when they accidentally kill a male stripper. Amidst the craziness of trying to figure out what to do,their night takes some hilariously unexpected turns, ultimately bringing them closer together when it matters most. 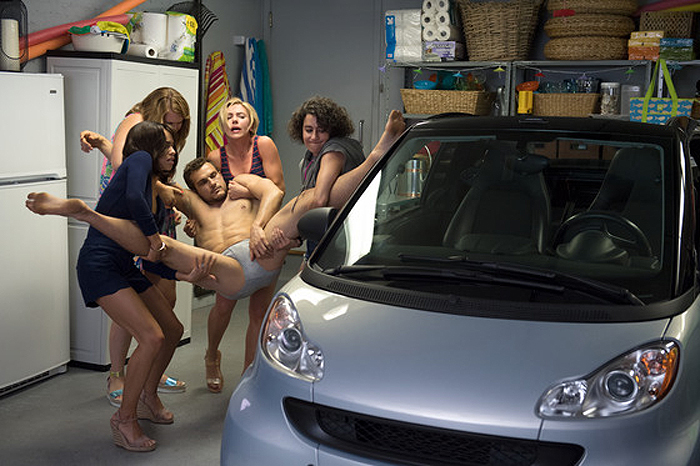