Based on the phenomenally successful New York Times best-selling novel of the same title by author William P. Young, “The Shack” takes us on a father’s transformative and spiritual journey that will show him the ultimate truth about love, loss, and forgiveness.

Oscar winner Octavia Spencer stars with Sam Worthington, Radha Mitchell and Tim McGraw in the faith-based book-to-movie adaptation of “The Shack”. From all appearances, Mackenzie Phillips (Worthington) seems to have a good life; three great kids, a beautiful wife Nan (Mitchell), lovely home — nothing seems amiss. But, when Mack takes the kids for an overnight camping trip, what starts out as a fun getaway soon turns into a parent’s most horrifying nightmare — his youngest daughter, Missy, is abducted from their campsite and her body is never recovered. Facing a crisis of faith, he receives a mysterious letter urging him to an abandoned shack deep in the Oregon wilderness. He journeys to the shack and encounters an enigmatic trio of strangers led by a woman named Papa (Spencer). Through this meeting, Mack finds important truths that will transform his understanding of his tragedy and change his life forever. 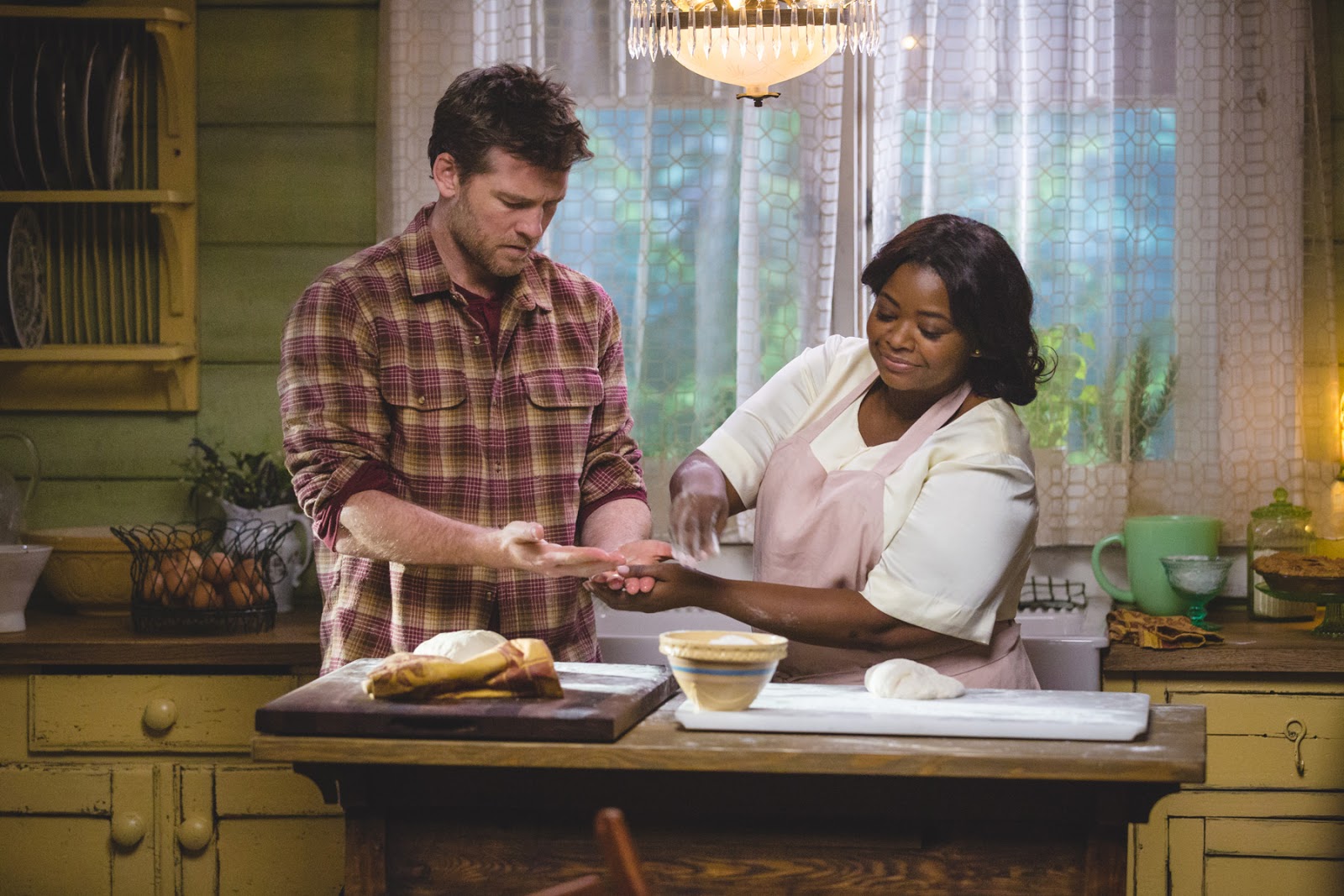 “The Shack” debuted and stayed on the New York Times Bestsellers List at No.1 for over 70 weeks. Supportive and passionate word-of-mouth soon propelled the book into the hands of mainstream readers where book sales have soared past 22 million copies and is currently published in forty languages. The Shack’s book sales, denoting 22 million copies has impacted millions around the world. For producer Gil Netter, the groundswell of personal stories about the book’s impact was an everyday occurrence on set. “So many people wanted to be a part of this project and they all have their own private reasons,” says Netter. “Whether it’s a crewmember, an extra or someone from the neighborhood where we shot, someone would share a story on how The Shack affected them or someone close to them. It was incredible.”

Book author William Paul Young explains the metaphor “the shack” and why it has such a suffocating and devastating hold over Mack. “The shack is the place of devastation on the inside, it’s the house that we all build when some of us didn’t get good help,” says Young. “It’s the place we store all of our addictions and hide our secrets, and we don’t ever want anybody in there because we’re terrified they will hate us as muCh as we already do. In order to heal, you’ve got to go back to the places where you were broken — you can’t go around it, you can’t ignore it.” 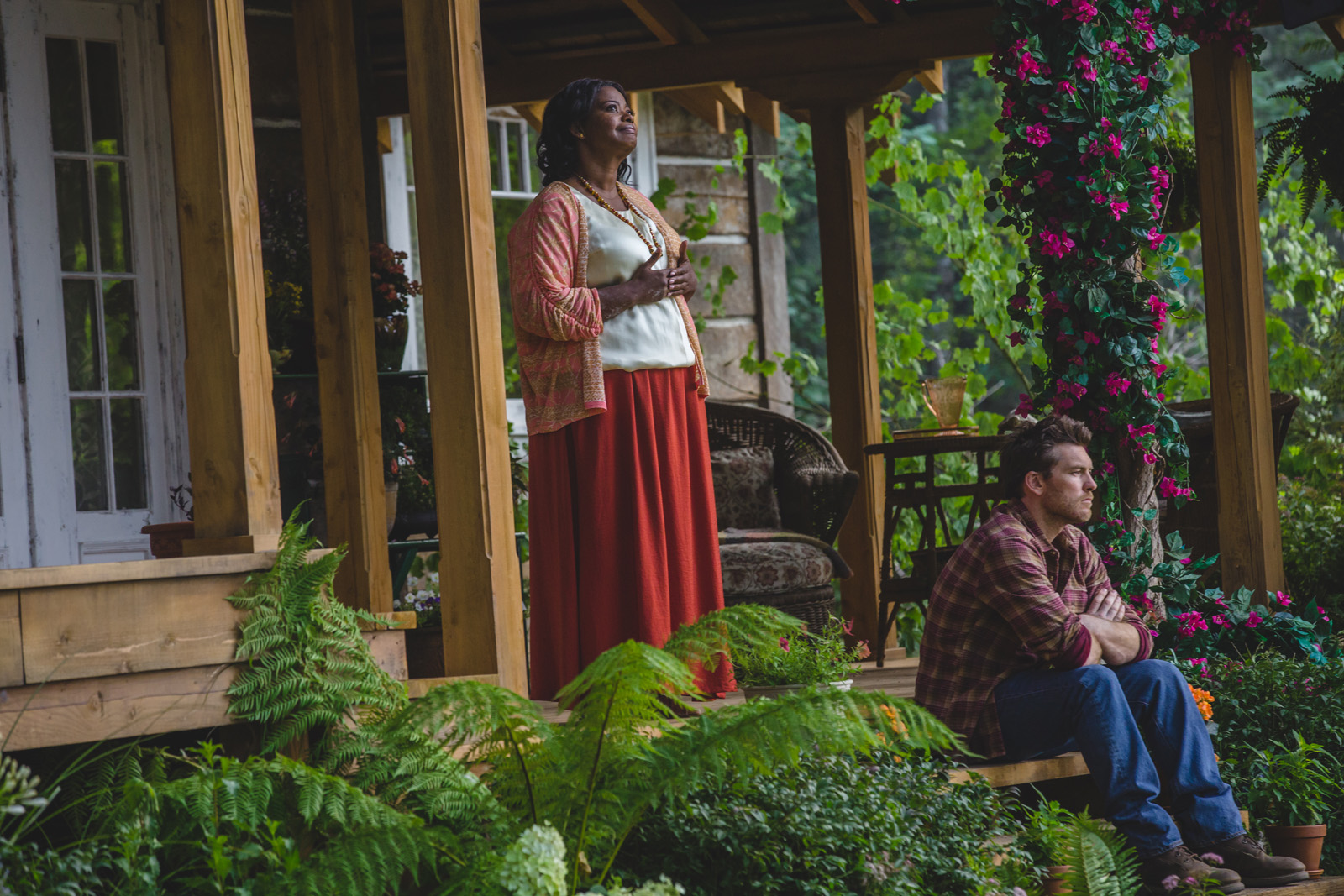 Octavia Spencer, who plays Papa/God, was already a devout fan of the book and carried her own coveted copy with her on set. “I couldn’t imagine not taking this journey. My friend gave me a copy of the book and told me it had forensic thriller aspects to it, with a big surprise. I thought I was going to be reading something very different than the life lesson I was bound to get from The Shack. I was deeply moved because it felt organic. The questions asked of God somehow felt like every man’s journey, including my own. I have experienced loss in my life, but the things that bring you back is your faith, so I understood Mack’s journey in a lot ways.”

“The Shack” opens March 1 in cinemas nationwide from Pioneer Films.