Based on author W. Bruce Cameron’s beloved best-selling novel, A Dog’s Purpose, comes director Lasse Hallström’s heartwarming and surprising story of one devoted dog who finds the meaning of his own existence through the lives of the humans he teaches to laugh and love.

After its publication in 2010, A Dog’s Purpose became an enormous hit, finding an audience with animal lovers across the globe who were charmed by its tender, poignant and humorous take on what our animal companions think of us and why they are truly here. The No. 1-New York Times Best-Selling book spent more than one year on that list and has been translated into 20 languages, and published in 29 different countries worldwide. It even spawned a sequel, “A Dog’s Journey,” which was published in 2012 and achieved similar acclaim.

The series author, W. Bruce Cameron, is well known as the writer of the best-selling humor tome 8 Simple Rules for Dating My Teenage Daughter. The book was adapted into a hugely popular ABC sitcom, which starred the late John Ritter, and Katey Sagal and introduced the world to The Big Bang Theory’s Kaley Cuoco. 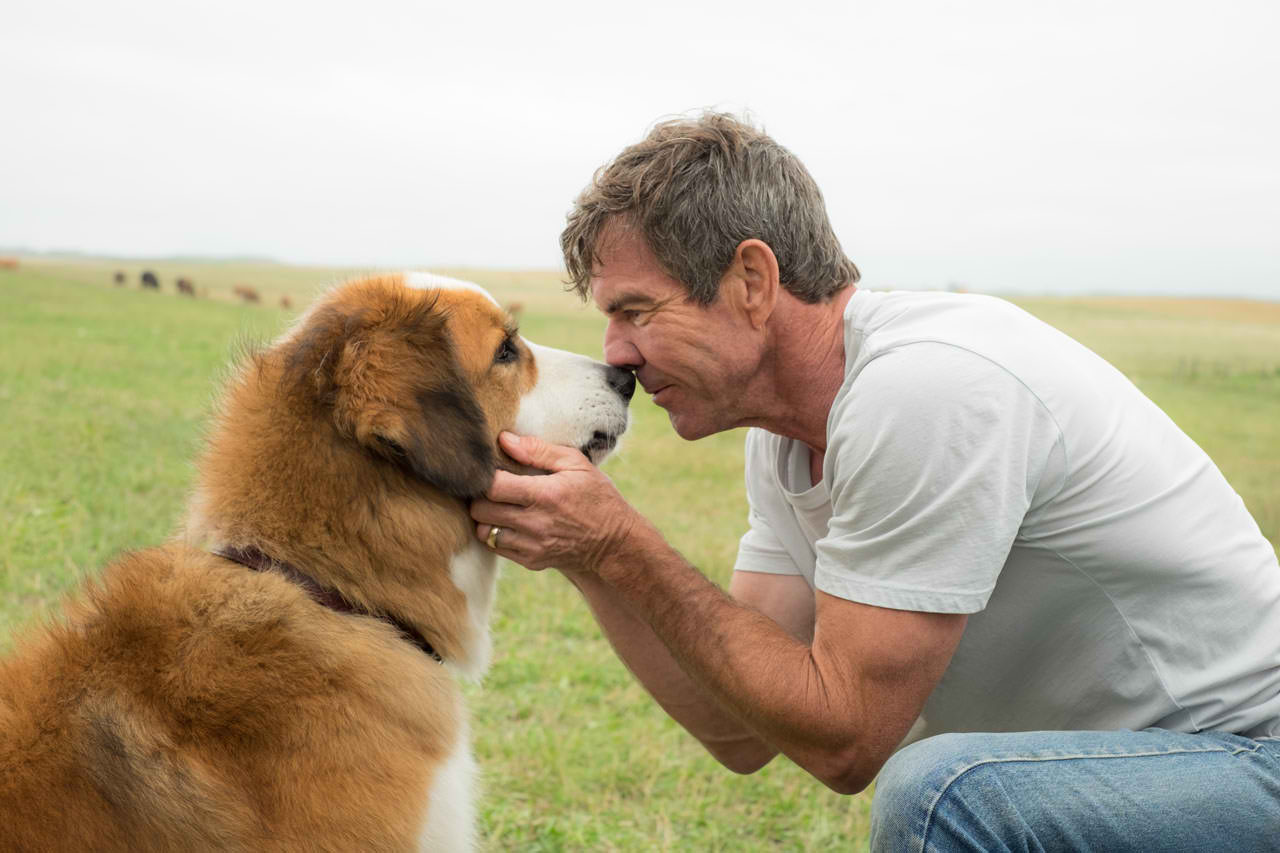 Cameron was moved to write the novel when the woman he was dating lost her dog, and she was having a difficult time processing her grief. He explains the inspiration: “We were driving up the California coast on the 101 freeway, and I was hurting for her. Out of nowhere, as if I downloaded it off the Internet, this story came into my head about a dog who doesn’t actually die, but is reborn again and again and again, and develops the sense that there might be some purpose why this is happening.”

The passenger Cameron was consoling was his future wife—as well as one of his fellow A Dog’s Purpose screenwriters—Cathryn Michon. Michon remembers the day quite fondly: “On our way to the Bay Area, we stopped to get a latte, and when I came back to the car Bruce told me he had a story to tell me…and that it was going to be his next book. He told this story for 90 minutes straight, and by the end of it I was completely in a puddle I was crying so much.”

For Cameron, watching dogs interact with each other and analyzing their behavior was the most helpful research he did before crafting his novel. The writer explains: “The most important thing I did in researching the book was not reading about dogs, but going to the dog park and seeing how they behave. Dogs have a crazy social structure. Two dogs will be best friends, but when a third dog comes in the dynamic changes instantly.” He laughs. “It is 10 times worse than middle school.”

According to the story’s creator, the most difficult part of writing the novel was keeping it simple: “I’m dealing with a dog, and a dog isn’t going to be thinking in complicated metaphors. A dog is going to be mostly about nouns, much less about adverbs. Its vocabulary is generally limited to around 40 or 50 words, and I wanted to write from the perspective of a real dog and not a dog that could understand English.”

Given Lasse Hallström’s track record of inventive filmmaking, and having already directed an Amblin Entertainment (then DreamWorks) film, The 100-Foot Journey, it was a unanimous decision that the filmic version of this story could not be in better hands. The director claims it is no accident he was attracted to the material: “I made two movies about dogs previously—My Life as a Dog and Haichi—so this is my third dog story. If you have an interest in outsiders and emotions that seems irrational to humans, you can certainly relate to a dog’s feelings and a dog’s life.” 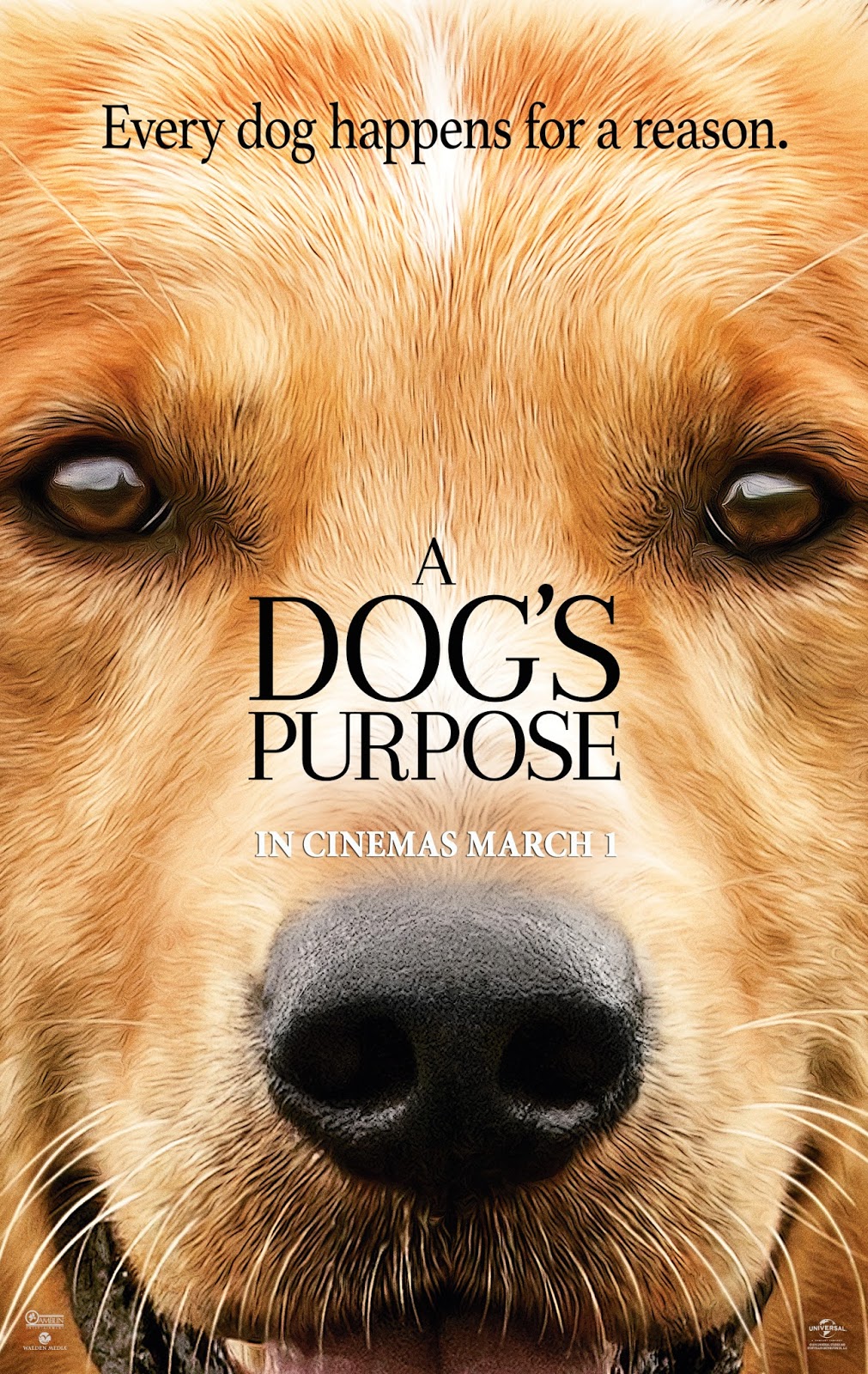 While Cameron and his fellow script writers had to create rules for our story—in terms of what the dog was thinking and could process—Hallström also had to keep things logical…in what some might say is an illogical notion.

“Ultimately, the one rule we had was that the dog could not speak on camera,” offers Hallström. “With the narration, the dog’s thoughts have human elements to it, and I have become more and more caught up in the idea of reincarnation because of this film. But whether the possibility is real or not…who knows. The point is to be open to the magic that there is something going on in the universe that we cannot yet explain.”

Hallström felt his most important task as director was to ground the actor’s and dog’s performances in reality. His goal was not to stylize anything nor reach for the comedic aspects. “I wanted a tone that feels authentic and has a light touch to it, while being rooted in real emotions—of both the dogs and the humans. It was a fun challenge.”