Step into the city where the biggest and brightest stars are made in this year’s most anticipated romantic musical “La La Land” starring Emma Stone and Ryan Gosling with John Legend in his first major screen role.

Directed by Damien Chazelle, who also helmed the phenomenal and unforgettable “Whiplash,” “La La Land” is a breathless, thrilling romance that intertwines the worlds of Sebastian and Mia who are trying to find their place in a city known for crushing hopes and breaking hearts. Set in modern day Los Angeles, this original musical about everyday life explores the joy and pain of pursuing your dreams. 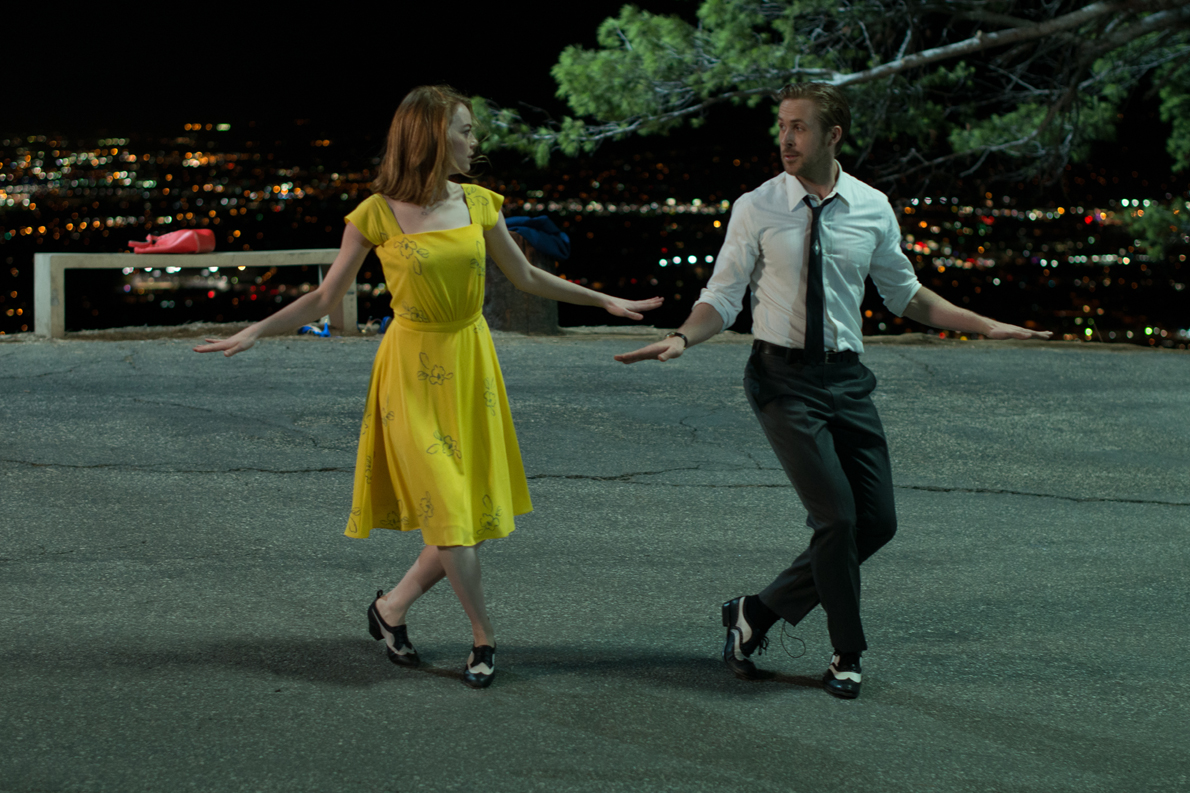 The jazz pianist Sebastian, played by Academy Award® nominee Gosling, has a near-miss with the greatest love of his life. A defiantly retro jazz diehard who doesn’t believe in compromising his convictions for anyone or anything, at first he brushes off Mia (Stone) as just another person who will never comprehend him or the gravity of his dreams – but that does not go as planned. An equal magnet for Gosling was the intrigue of playing a man who worships with his very being an artform that seems to be dying on the vine of a ruthlessly fast-changing pop culture.

“Sebastian has dedicated his life to being a great jazz pianist, but in his mind the world around him is saying those days are over. His heroes were born 70 years ago, and in this day and age, a great piano player playing real jazz is destined to work in bars where people don’t even stop their conversations to listen to you,” Gosling notes. “So how much do you compromise to be the artist you want to be?” 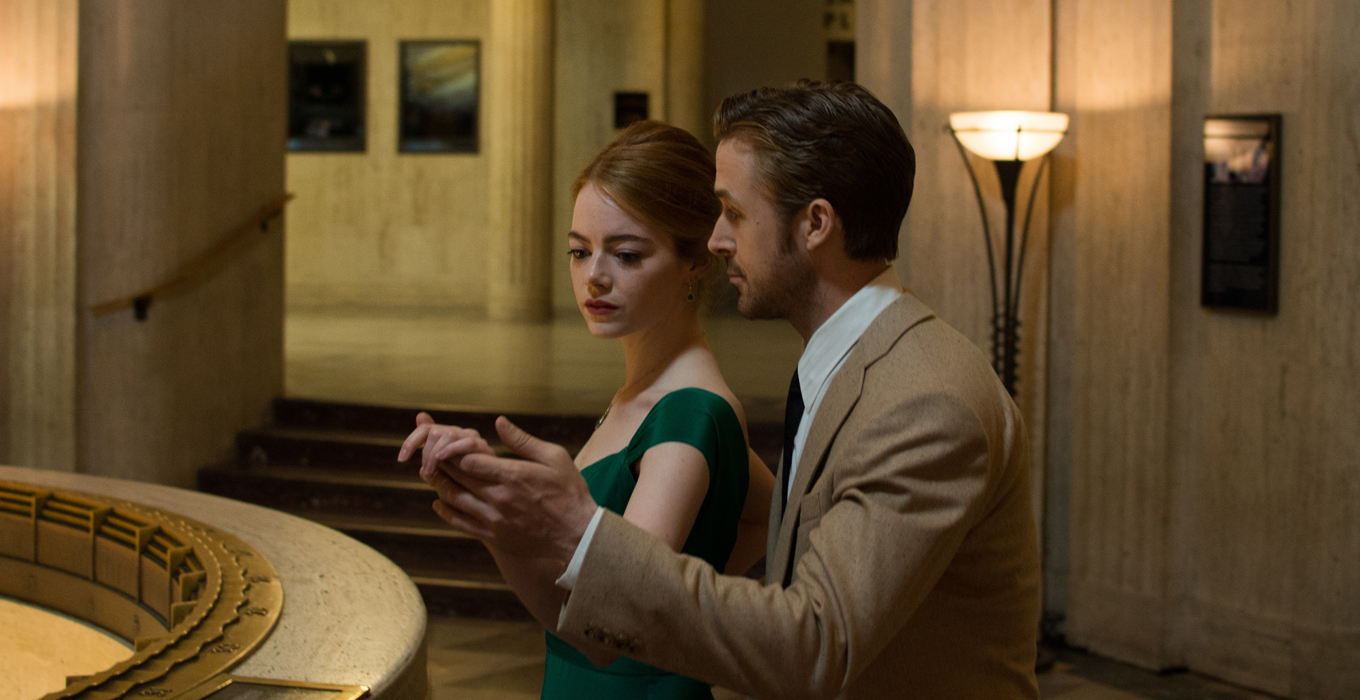 The aspiring actress Mia (Stone) seems to be caught in an endless loop from her barista job to dead-end auditions when she finds herself repeatedly bumping into the same ill-mannered pianist in a convertible – who breaks the spell. Playing Mia is Academy Award® nominee Emma Stone, whose roles have ranged from “Superbad” and “Easy A” to “The Help” and “Birdman.”

Stone faced a one-of-a-kind challenge with the role – playing a character who has to be at once anchored in very real goals and feelings, while also able to erupt into musical fantasia at a moment’s notice, combining the two seamlessly. It helped that Stone has not only explored the depths of dramatic roles, but also has the skills of a Broadway veteran who recently starred as Sally Bowles in the revival of Cabaret. 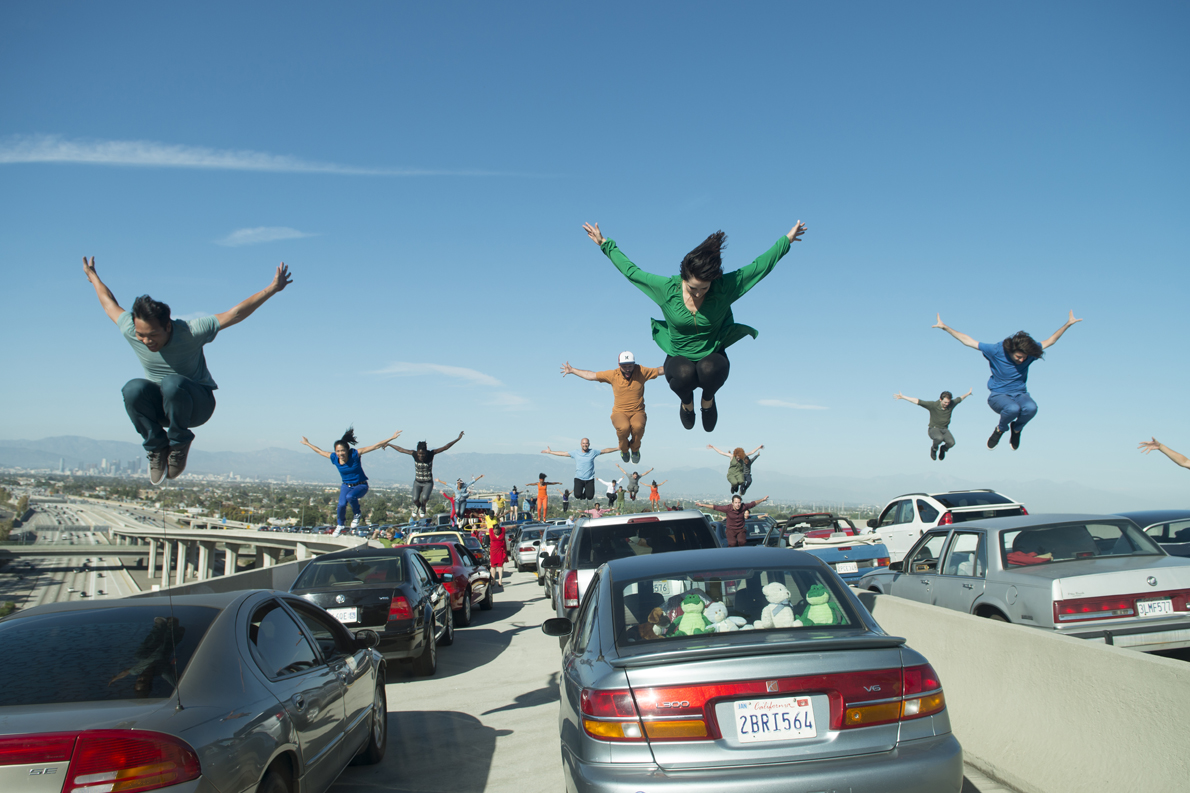 Mia’s yearning for something beyond the ordinary also hit home with her. “Mia is driven by something that maybe she doesn’t completely understand,” says Stone. “She wants to be an artist in a city of so many people who seem to be just like her. She feels that there’s something special inside her but she doesn’t quite know what it is. I could relate to her being an actress and going on auditions but even more so, there was something so exciting about taking her into this musical world where you can suddenly spin down the street or burst into song. That was a wonderful challenge.”