From the makers of blockbuster family comedies such as “Meet The Parents” and “Night at the Museum” comes a hilarious endearing family movie “Why Him?” starring Oscar nominees James Franco and Bryan Cranston with Zoey Deutch and Megan Mullally featuring the voice of Big Bang Theory’s Kaley Cuoco (virtual concierge named Justine).

Franco stars as Laird Mayhew, a heavily tattoed and socially awkward tech billionaire in “Why Him?” – an unconventional family movie that puts a hilarious fresh spin on the anxiety-inducing tradition of introducing one’s significant other to the family. Ned (Cranston) thinks Laird, who has absolutely no filter, is a wildly inappropriate match for his daughter Stephanie (Deutch). Ned’s panic level escalates when the straight-laced Midwesterner, who finds himself increasingly out of step in Laird’s glamorous high-tech world, learns that Laird is about to pop the question. 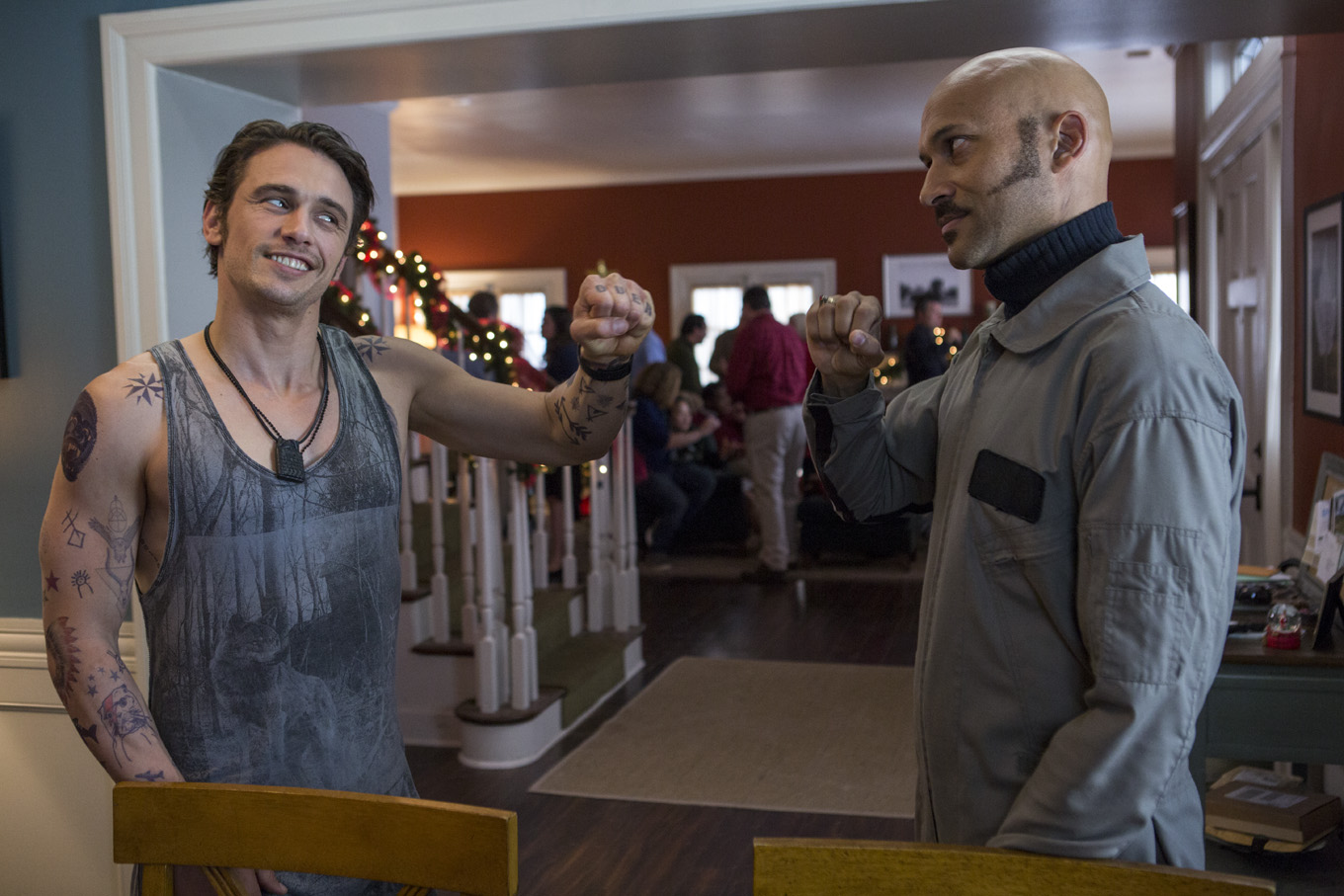 Directed by John Hamburg, “Why Him?” was an idea hatched in a basement in Atlanta when producers Shawn Levy, Dan Levine, Ben Stiller and Jonah Hill were in production on the 2012 alien invasion comedy “The Watch.” “We were all standing there in the dark on this wet, claustrophobic stage saying how great it would be to do a movie in Hawaii,” recalls Levy. “Shawn and Ben and Jonah came up with this idea called Aloha… We loved the idea and gave it to John Hamburg, who did an amazing rewrite and reconceived the whole idea. He really made it his own. The only downside was that he changed the location, so we’re not shooting in Hawaii,” Levine says. “But everything else was perfect.” 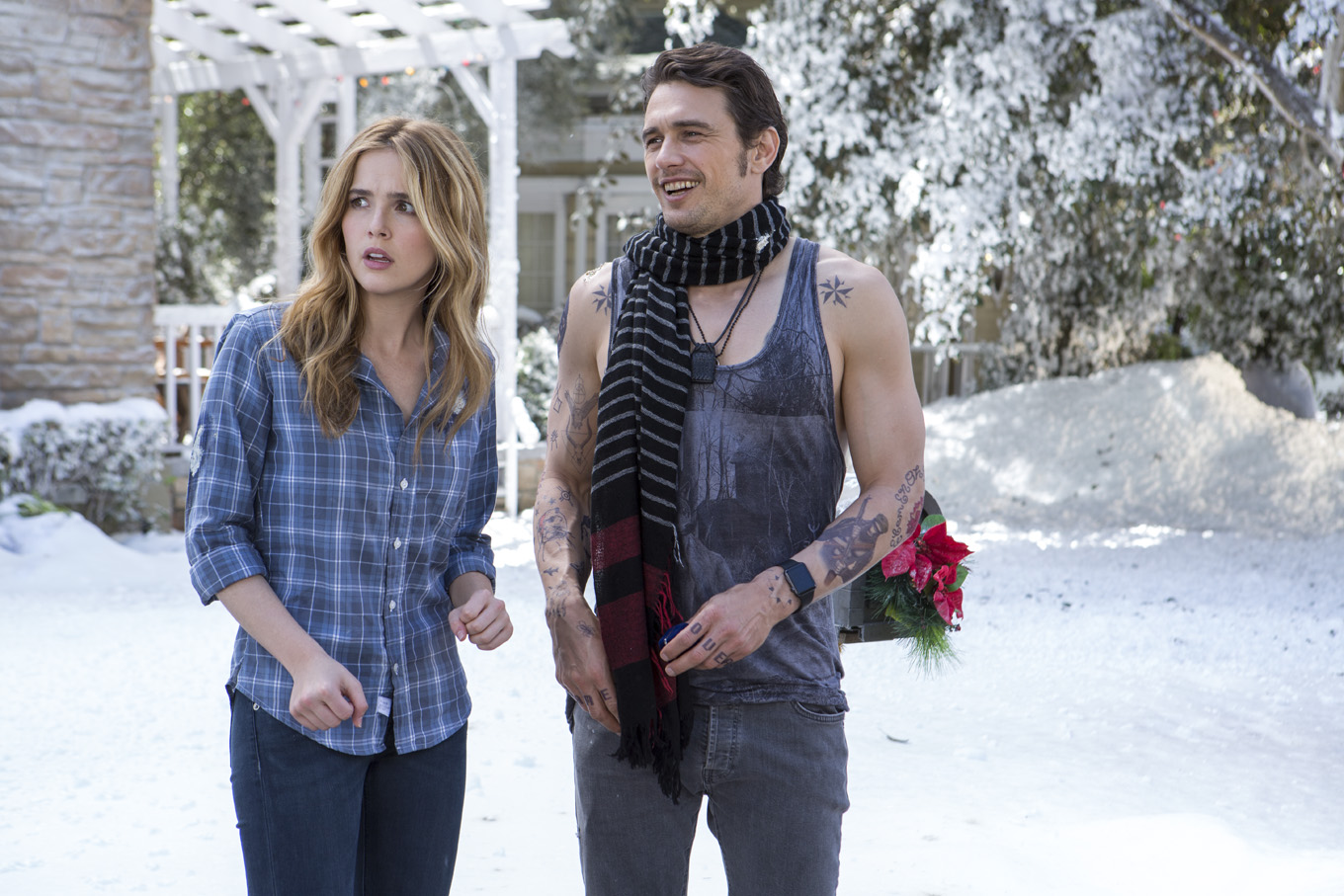 With an established reputation in the comedy realm as a result of his extensive work with frequent collaborator Seth Rogen, Franco, who earned a best actor Oscar nomination for his turn as hiker Aron Ralston in 2010’s “127 Hours,” was interested in exploring the genre further with a different dynamic under Hamburg’s direction. “When I got into comedy, I was introduced to the importance of grounded characters who provide a real emotional through-line and not just a series of jokes,” Franco says. “John really subscribes to that idea and creates the kind of comedies that I gravitate toward because it doesn’t feel like fluff. You’re actually having something of an experience while you’re laughing.”

Franco and Hamburg’s relationship actually began as professor and student when the actor was attending the graduate filmmaking program at NYU. “Unfortunately, he was my teacher the semester that I was doing 127 Hours, so I wasn’t there a lot,” Franco says. “But we talked a lot and I got to know him on the phone.” 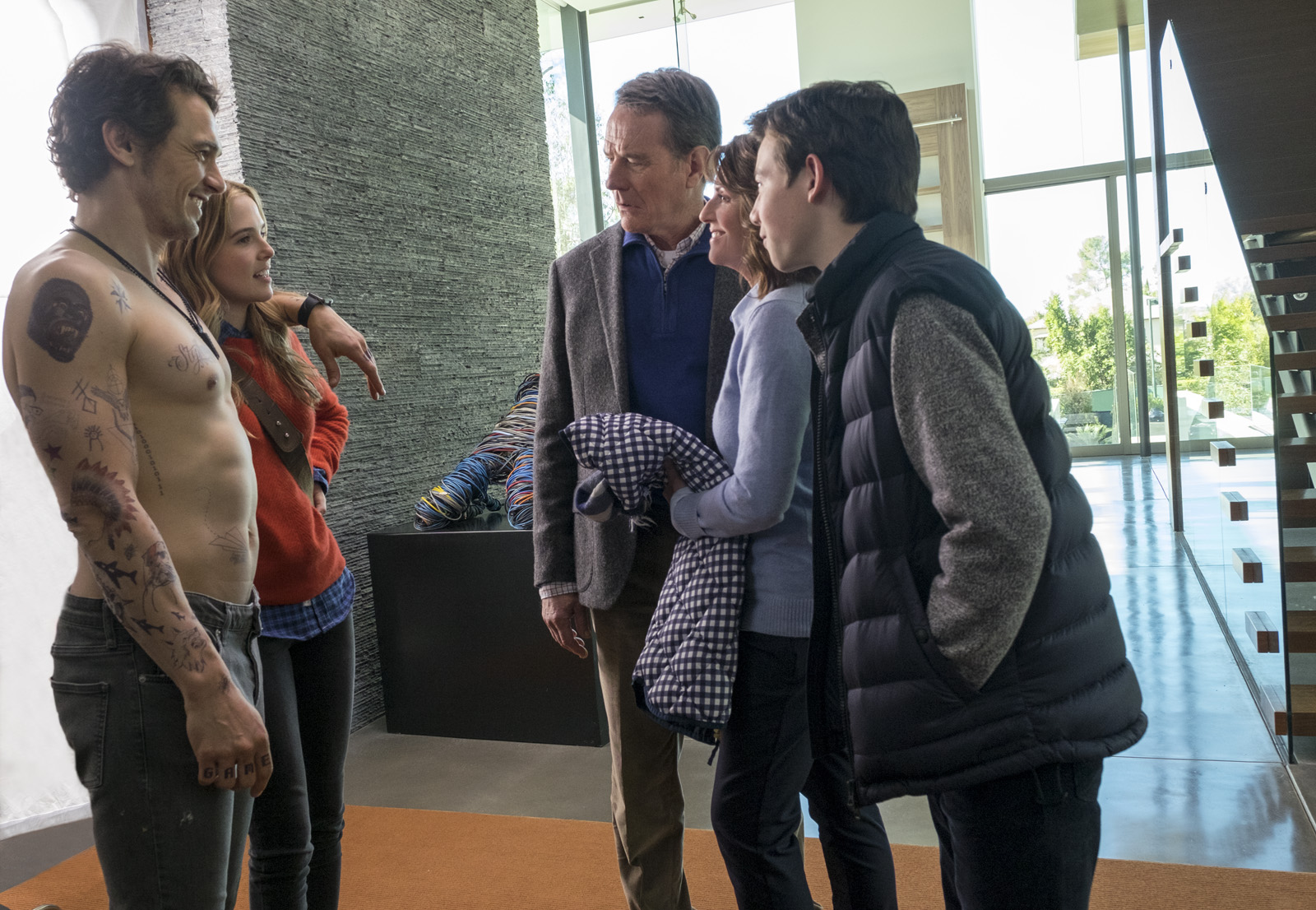 To help develop the character of Laird, Franco Skyped with video game designer Cliff Bleszinski (known as CliffyB) for some real-world inspiration. “He’s sort of like a snowboarder pimp,” Franco says. “That’s sort of like his style. He talked really fast, he throws in a lot of cuss words but is also saying some pretty intelligent things, you know? I thought, oh, there’s something of Laird in there that I can use.”

“Why Him?” opens in cinemas on February 1 from 20th Century Fox to be distributed by Warner Bros.