It was the many facets of Loretta’s journey that would prove an exciting challenge for the young actress. “At first, Loretta has such sparkle, this girl with a twinkle inside her who is looking for adventure in life, she’s so excited to follow her dreams. Oddly, it’s when she loses that sparkle, loses that twinkle that she had, that she discovers her real purpose in this world,” Fanning reveals.

Live by Night tells the story of Joe Coughlin (Affleck), a WWI vet who’s a self-proclaimed anti-establishment outlaw, despite being the son of the Boston Police Deputy Superintendent. Joe’s not all bad, though; in fact, he’s not really bad enough for the life he’s chosen. Unlike the gangsters he refuses to work for, he has a sense of justice and an open heart, and both work against him, leaving him vulnerable time and again—in business and in love.

Loretta’s initial meeting with Joe is very brief. The next time they come in contact, the tables have definitely turned. Both the children of policemen, the comparison ends there; their paths have taken them in very different directions. Still, Joe can’t help but have a measure of respect for the slip of a girl who could, with just a few words, bring his world crashing down around him.

The script called for Fanning to master a couple of lengthy monologues, one of which took place in front of a large crowd, Joe included. With Affleck’s blessing, Fanning took the opportunity to speak her lines aloud for the first time when cameras were rolling. “I just wanted to go for it, to feel that energy, and Ben was so helpful and so giving—both as a director and as an actor in the scene.”

“Elle gave Loretta such an angelic presence and, at the same time, a broken innocence,” observes producer Jennifer Davisson. “It’s trickier than it sounds to do that, but it was important for the character and she got it.” 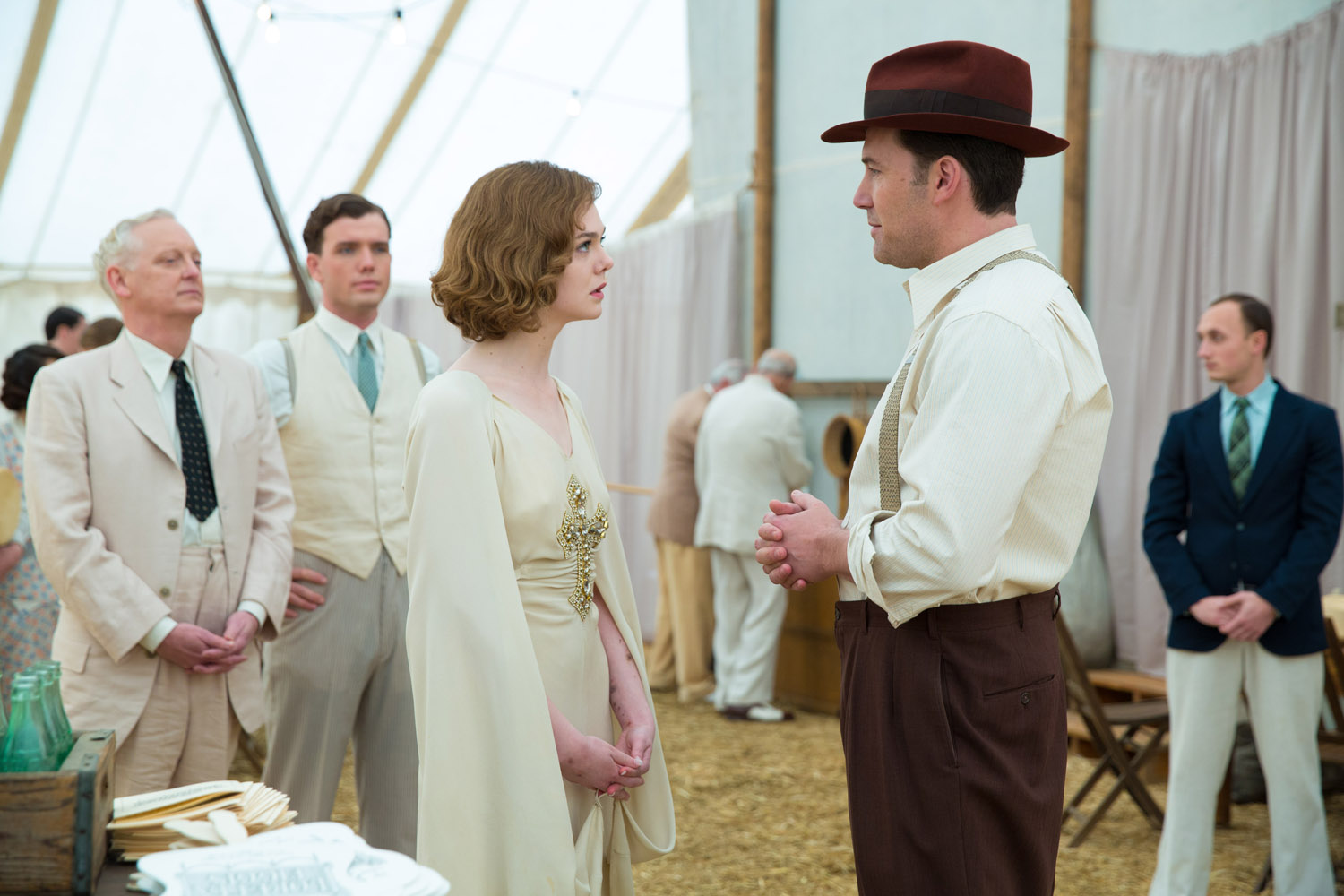 “Elle’s an extremely gifted actress,” Affleck states. “In the book, the character starts out at 13, but in the script I wrote her to be closer to the cusp of womanhood, someone who was straddling that line of being a girl and being grown up. I thought it would make Loretta’s storyline even more heartbreaking.”

Fanning was just 17 during production, yet, Affleck adds, “Despite being so young, she completely relaxes into the part; she doesn’t push, so it’s very natural, very real. She really does break your heart in the film.”