Chirrut Îmwe is the scene-stealing blind monk in Rogue One: A Star Wars Story. But, although without sight, Chirrut is anything but unseeing. He is a skilled and artful warrior who can see into the hearts of all those around. And who better to play the role other than martial arts expert and one of Asia’s most popular actors, Donnie Yen.

“Donnie Yen has so much wisdom, like his character, and he’s got great humor,” says producer Allison Shearmur. “He has a sense of artistry and performance that tells us so much about his character. There’s an elegance, a heroism, a nobility about both Yen and Chirrut.” 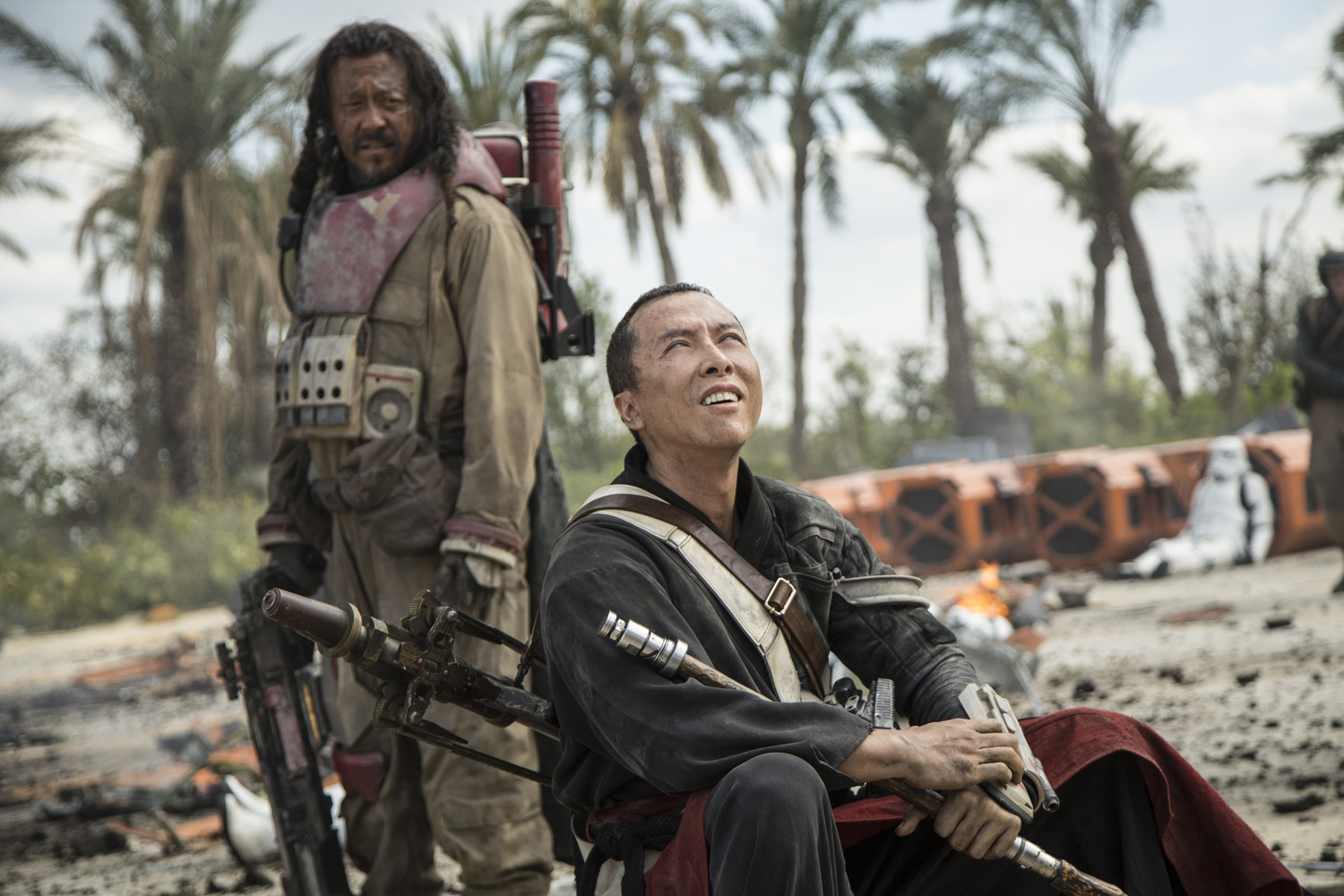 In a time when the Force is all but forgotten and the few remaining Jedi are in hiding, Chirrut is a lone voice who still believes. “Chirrut is a true believer in the Force, and he preaches this,” Yen says. “Throughout the whole film, he encourages and motivates his team members to have faith and continue to believe in the Force.”

Born in Canton but raised in Boston, Yen has always been unique among martial arts stars in that his persona balances both the martial virtues of his mother and the scholarly and musical ones of his father. Aside from his training in the various combative systems, Yen is also a gifted pianist, and critics have noted the musical phrasing and tempo of his performances and action set pieces.

Lucasfilm presents “Rogue One: A Star Wars Story,” the first in a new series of Star Wars standalone films set in the universe fans know and love, but featuring new characters and storylines.

Rogue One: A Star Wars Story is directed by Gareth Edwards (Godzilla, Monsters) and produced by Kathleen Kennedy, Allison Shearmur and Simon Emanuel.

Now showing across the Philippines , Rogue One: A Star Wars Story is distributed by Walt Disney Studios Motion Pictures through Columbia Pictures.

“Black Mass” Explores Rise of Gangster with Help from FBI