Seth Rogen and Evan Goldberg have been the masterminds behind some of the world’s most outrageous, inventive, and hilarious comedies – from “Superbad” to “Pineapple Express” to “This Is the End” to “The Interview.”

Now, they go into the world of animation for Columbia Pictures and Annapurna Pictures’ “Sausage Party,” the world’s first R-rated CG animated comedy, about a group of supermarket products on a quest to discover the truth about their existence and what really happens when they become chosen to leave the grocery store.

“There’s an old tradition in animated films – especially the CG ones – about the secret life of the things around us,” says Goldberg. “We’ve seen cars, we’ve seen toys… we love all of those movies. And eventually we realized there’s an extremely comedic version of it in the secret life of food.”
“It’s a very bizarre take on a hero’s journey,” says Rogen. “More than any of our other movies, it allows that structure of the outcast who has a call to release the masses from their shackles. We could do a movie with these incredibly structural ideas – and at the same time, a lot of insane stuff happens.” 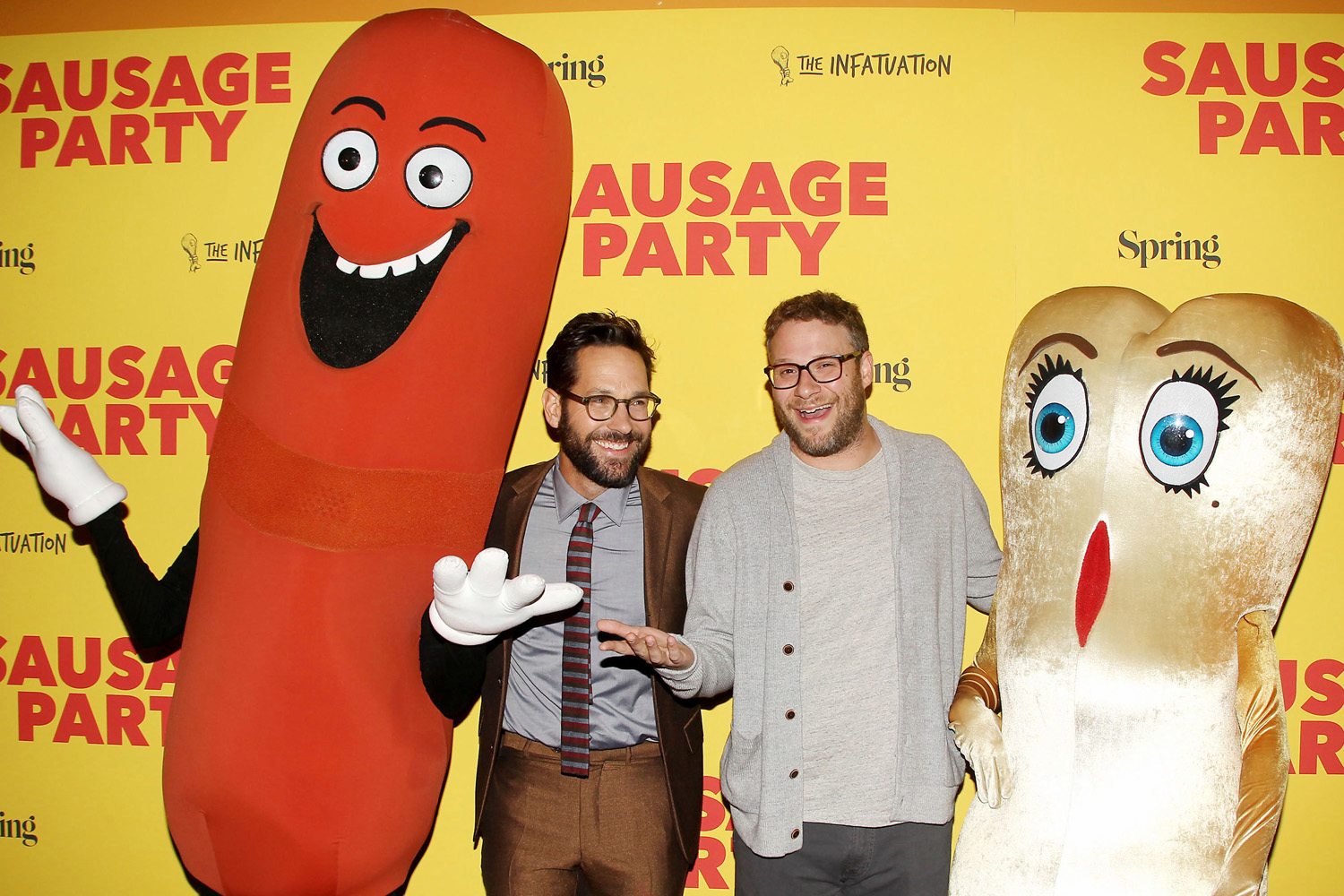 “The concept of the movie was ‘what if sausages could live out their dreams of getting in buns?’” says executive producer Kyle Hunter, who co-wrote the screenplay with Ariel Shaffir, Seth Rogen and Evan Goldberg.

“It’s about a sausage, Frank, that’s in love with a bun named Brenda,” says Shaffir. “They believe they’re going to get ‘chosen’ to leave the store together, and getting out of the store is their version of what they believe to be heaven. But then Frank overhears a product who has actually been out of the store, who says it’s not what everyone thinks – it’s actually terrible, more akin to going to hell. They fall out of the shopping cart instead of getting chosen, and Frank goes on a journey to find out the truth about what actually happens.”

Hunter says that while the plot itself was loaded with laughs, they also looked for comedy to come through in the style, tone, structure and form of the screenplay. “We looked at some of our favorite animated movies and then put a real subversive twist on it,” he says. “We wanted it to look and feel like the animated movies you know, but with horrible things coming out of these characters’ mouths.”
To direct the film, Rogen initially approached Conrad Vernon in late 2009. Vernon had recently directed the animated hit “Monsters vs. Aliens,” in which Rogen voiced a role. “Seth called me out of the blue,” he recalls. “He sat me down and said, ‘What do you think about doing an R-rated animated feature?’ And it’s something I have wanted to do since I was 13 years old and I saw the trailer for the movie Heavy Metal. I only had to wait 30 years to be offered the opportunity to do it.” 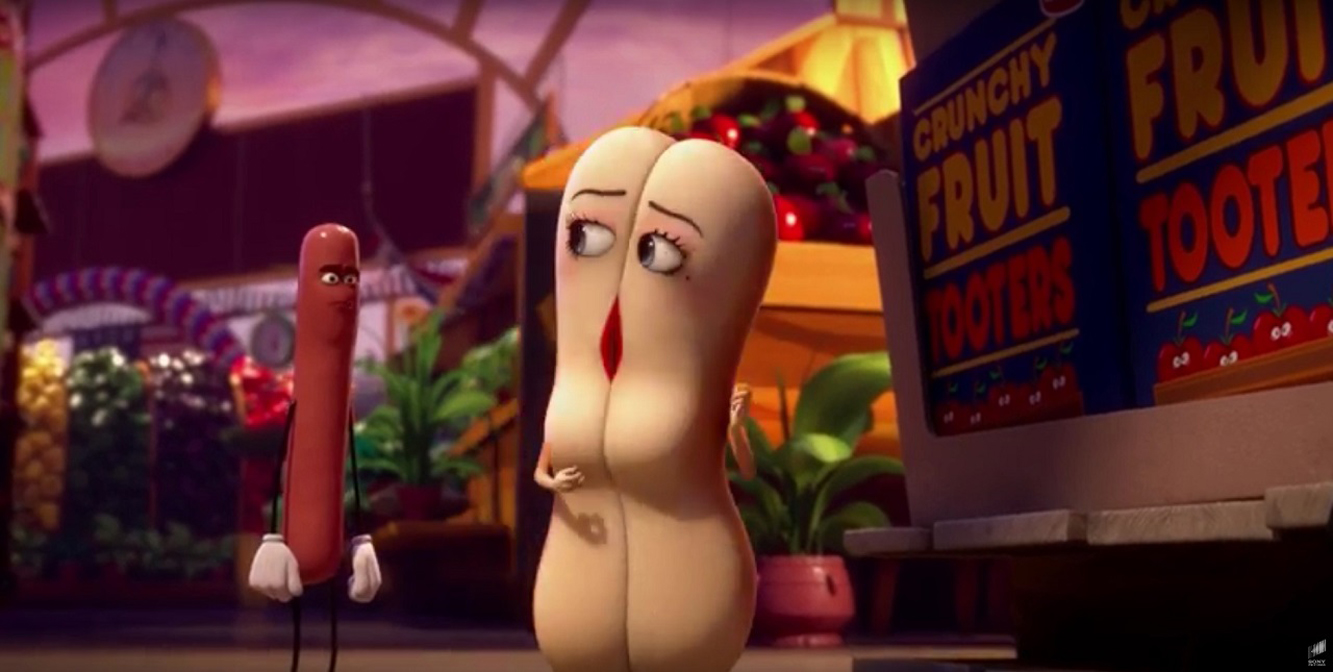 As his directorial partner, Vernon brought in Greg Tiernan, who is the co-owner along with wife and producer Nicole Stinn, of Nitrogen Studios, the Vancouver animation studio that was the home of Sausage Party. “Conrad and I had worked together years ago on a Ralph Bakshi movie Cool World, which was sort of a pseudo-adult movie – it was PG-13,” says Tiernan.

Tiernan, who hails from Ireland, said he was intrigued by the project not just because it was funny, but because it was a chance to work in animation for adults – a genre that has much more exposure in world cinema than in the US, where animation is mostly family fare. “The ‘South Park’ guys had obviously made a good stab at it, but nobody else has done it on a large scale – and there’s no reason why that should be. In Europe and Asia, there’s a much more free-and-easy attitude toward animation, and I’ve worked on adult animation projects before – but none that saw the light of day in North America.” 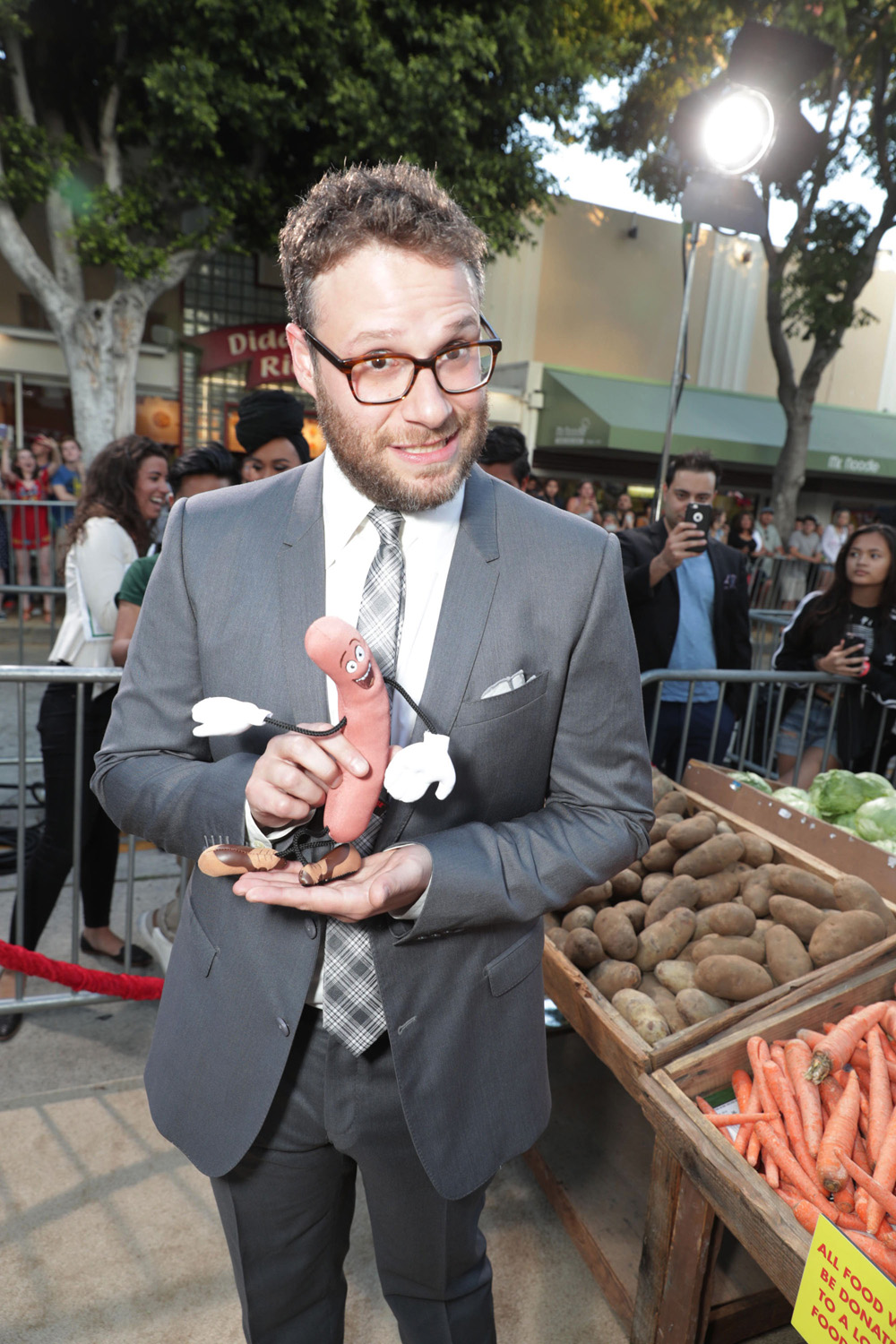 Executive Producer James Weaver says that although the film is most definitely rated R and delivers what adult audiences are looking for from a comedy, “Sausage Party” is also more than one joke. “It’s everything audiences love about animation – it has real heart and unforgettable characters,” he says. “We just added a super-funny layer for grown-ups.”

Opening across the Philippines on Sept. 28 and rated R-18 with no cuts, “Sausage Party” is distributed by Columbia Pictures, local office of Sony Pictures Releasing International.