“Always be yourself, unless you can be Batman,” says the tongue-in-cheek tagline of the new poster art for Warner Animation Group’s upcoming adventure comedy “The LEGO Batman Movie.”

Check out the one-sheet below and watch the film when it opens in the Philippines on February 9, 2017. 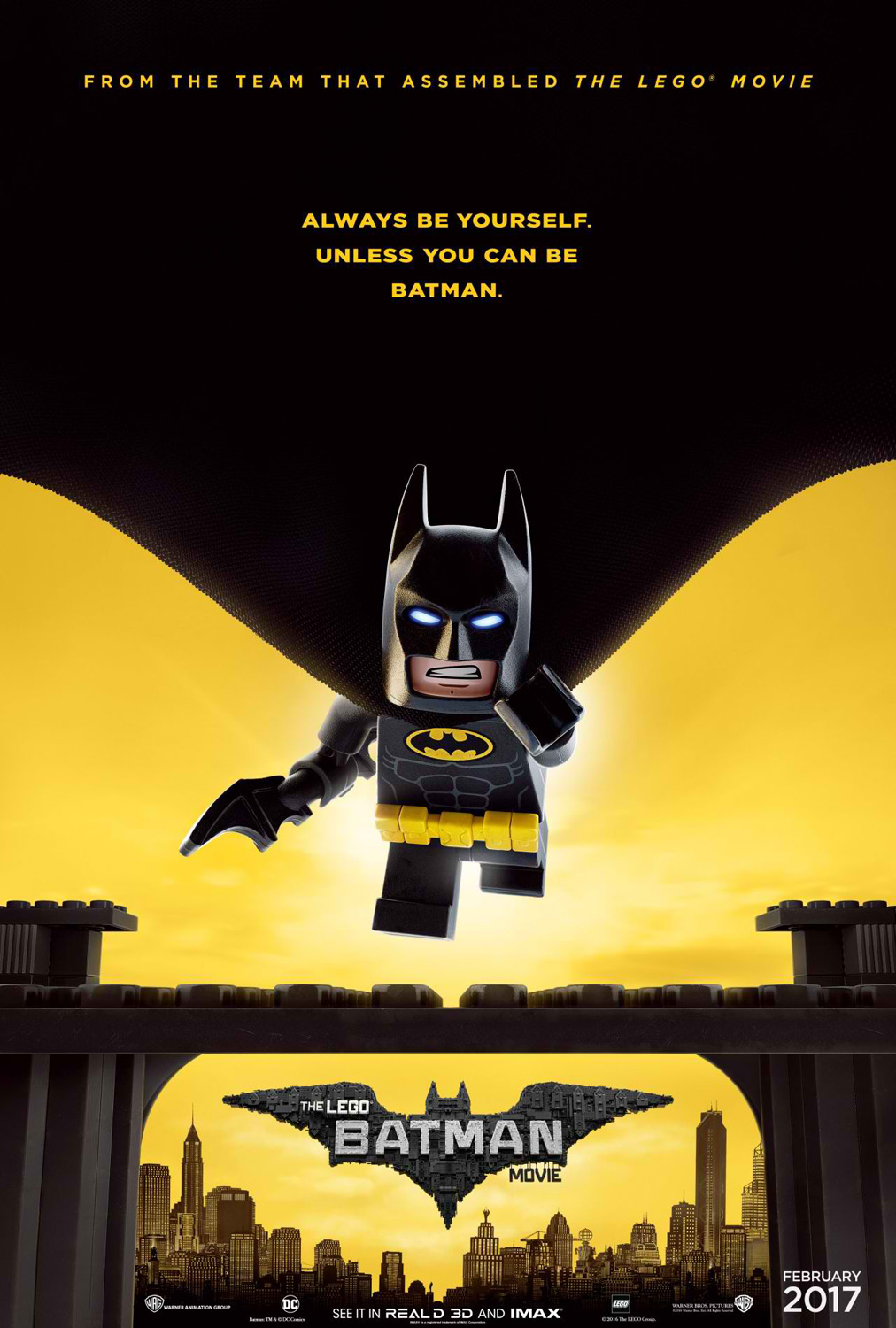 Will Arnett reprises his starring role from “The LEGO Movie” as the voice of LEGO Batman, aka Bruce Wayne. Zach Galifianakis (“Muppets Most Wanted,” the “Hangover” films) stars as The Joker; Michael Cera (TV’s “Arrested Development”) as the orphan Dick Grayson; Rosario Dawson (TV’s “Daredevil”) as Barbara Gordon; and Ralph Fiennes (the “Harry Potter” films) as Alfred.

“The LEGO® Batman Movie” is directed by Chris McKay, and produced by Dan Lin, Phil Lord, Christopher Miller, and Roy Lee, who worked together on “The LEGO Movie.” It is written by Seth Grahame-Smith and Chris McKenna & Erik Sommers, with additional screenplay material by Jared Stern & John Whittington, based on LEGO Construction Toys. Jill Wilfert, Matthew Ashton and Will Allegra serve as executive producers.