At its core, “Imperium” is about an undercover cop on a dangerous mission starring Daniel Radcliffe, Toni Colette and Seth Numrich. From the accounts of Mike German, a real FBI agent who spent years infiltrating the white supremacist community, inspired director Daniel Ragussis to tell a classic story in an original way in the intense thriller “Imperium.”

In the real world, the best agents don’t look like James Bond or Jason Bourne, nor can kill four men with a pencil. But being tough-minded is what real agents are made of, always out-thinking the enemy. Real agents can convince almost anyone that they aren’t the one thing every bad guy is looking for – an infiltrator.

As the star of “Imperium,” Daniel Radcliffe sheds his Harry Potter image and goes bald to fully immerse himself into the role of an FBI agent who infiltrates a white supremacist organization out to create chaos around the globe and takes on German’s notes on how to be Nate Foster in the movie. 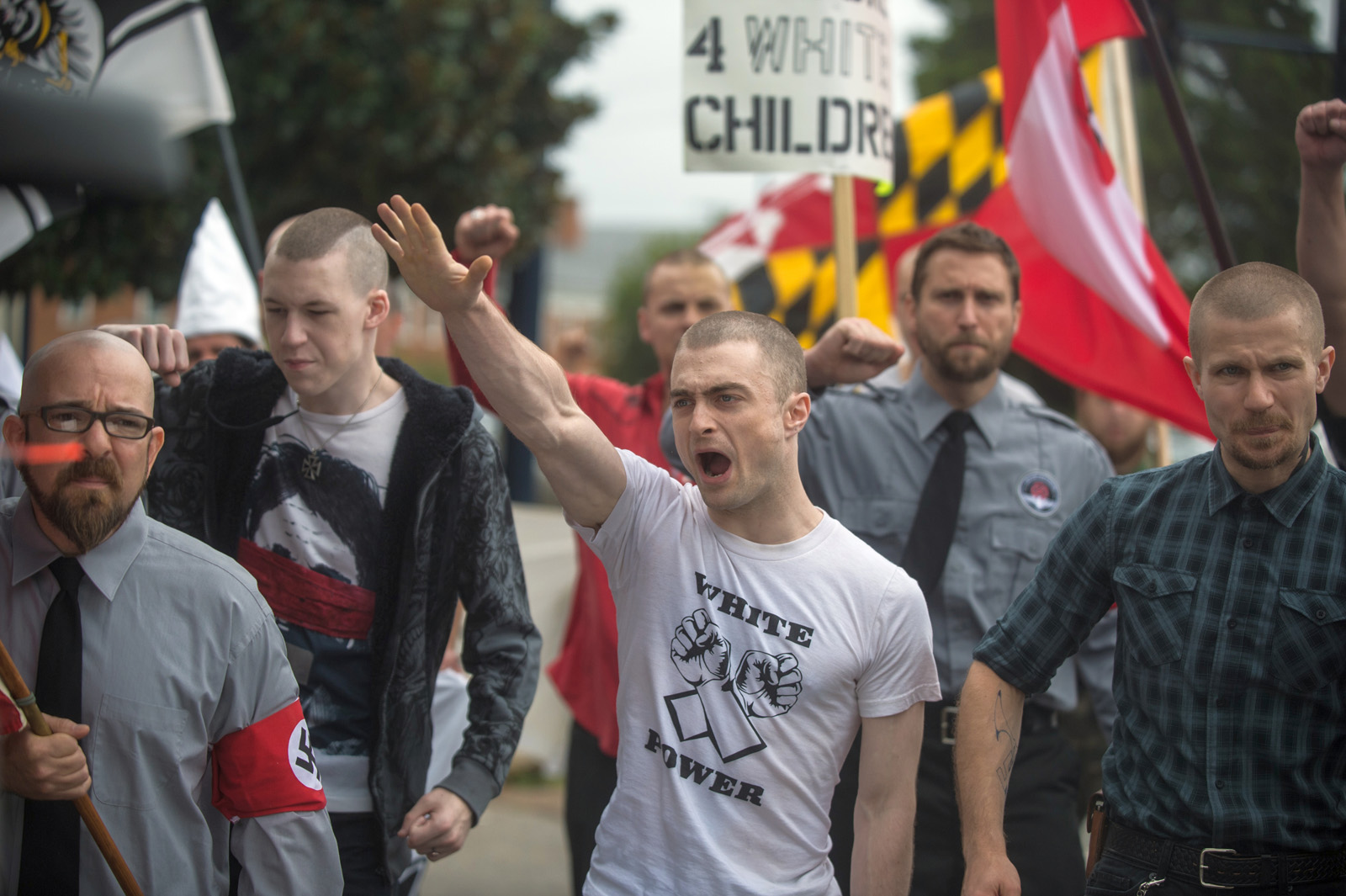 Setting “Imperium” in the present day was something German and Ragussis quickly agreed on, believing the film could better address important law enforcement and terrorism prevention issues that have dominated the national conversation. Therefore, the film brings attention to the FBI’s seldom discussed racial-ethnic mapping program, in which American Muslims and other minority populations are controversially targeted. The movie also explores the challenges faced by FBI agents working with limited resources to prevent domestic terrorism from white supremacists and other right-wing extremist threats. With the government prioritizing the fight against the Islamic terrorist threat, FBI agents working on battling domestically cultivated perils often must fight for funding and proper support.

Not only does IMPERIUM offer up a depiction of law enforcement undercover work deeper than most movies on the subject, it also presents one of the movies’ most beloved actors in a game-changing performance. As FBI agent Nate Foster, British actor Daniel Radcliffe memorably erases any hint of his past in portraying an American cop infiltrating a white supremacist terrorist cell to stop a possible attack on U.S. soil. 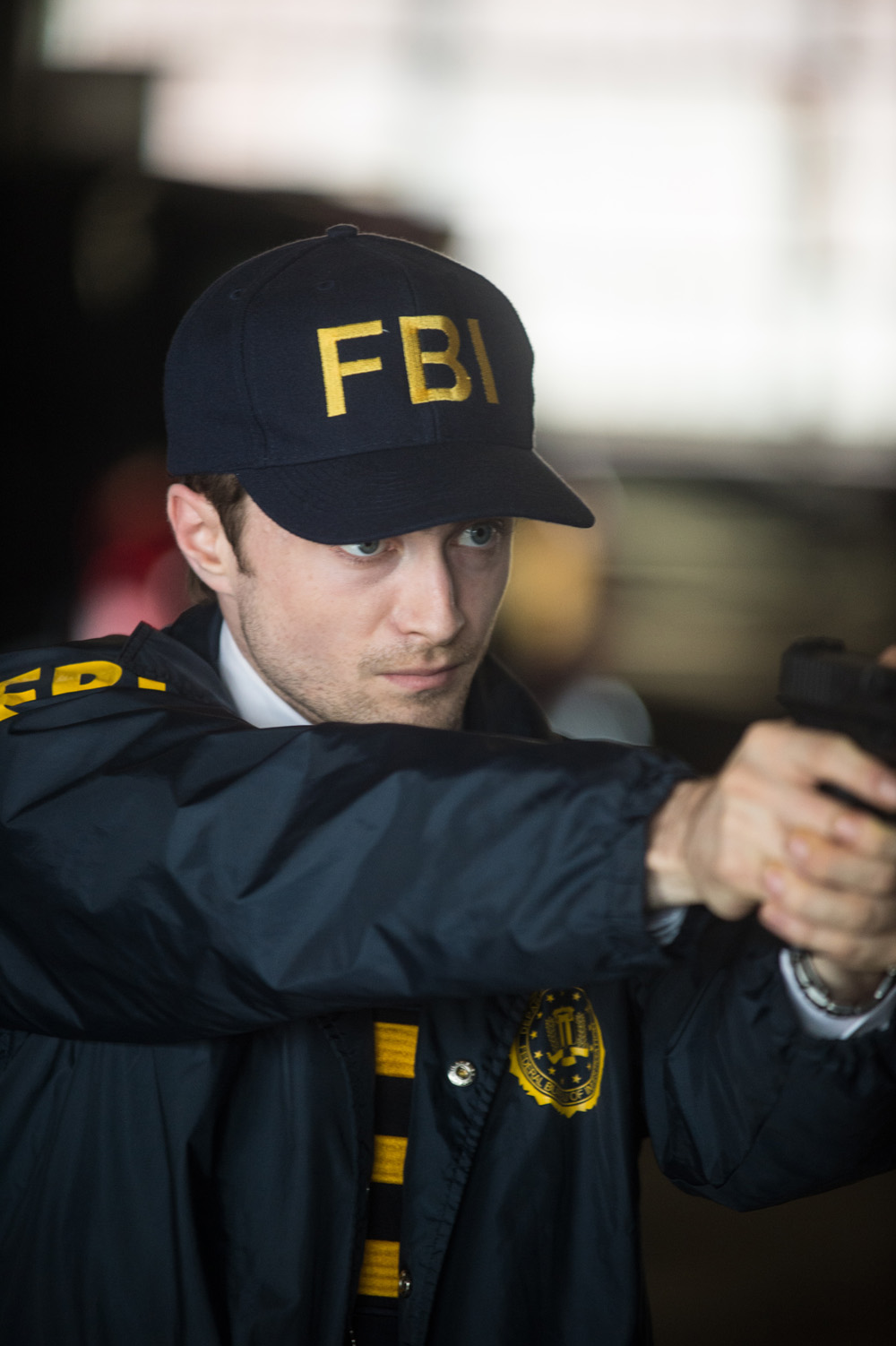 Radcliffe’s character needs to shave his hair in order to go undercover as a neo-Nazi skinhead. Radcliffe was therefore required to put razor to scalp for the first time on camera, a scary proposition for the actor. Speaking to Jimmy Fallon on “The Tonight Show,” Radcliffe revealed, “I was quite relieved because I shaved it on camera for the film and I’ve never shaved my head before. So I don’t know what’s under there. There might be a lump or a birthmark or something unexpected. But it all turned out fine, which I was relieved by.”

In the end, Mike German expressed admiration for Ragussis’s efforts to create a film of thematic and emotional integrity true to what he experienced in the field, commenting, “Daniel’s unique vision and dedication to telling this story in an accurate, non-sensationalistic manner impressed me from day one. The final product depicts the inner workings of the FBI and undercover agents in particular, more accurately than any film I’ve seen. I couldn’t be more pleased.”