In the estrogen-filled comedy “Bad Moms,” Amy Mitchell (Mila Kunis, “Black Swan”) has a seemingly perfect life: a great marriage, over-achieving kids, a beautiful home and a career. However, she’s over-worked, over-committed and exhausted to the point that she’s about to snap.

Fed up, she joins forces with two other over-stressed moms, Kiki (Kristen Bell, “Frozen”) and Carla (Kathryn Hahn, “Transparent”), on a quest to liberate themselves from conventional responsibilities – going on a wild, un-mom-like binge of long overdue freedom, fun and self-indulgence –and putting them on a collision course with PTA Queen Bee Gwendolyn (Christina Applegate) and her clique of devoted, perfect moms, Vicky (Annie Mumolo) and Stacy (Jada Pinkett Smith). 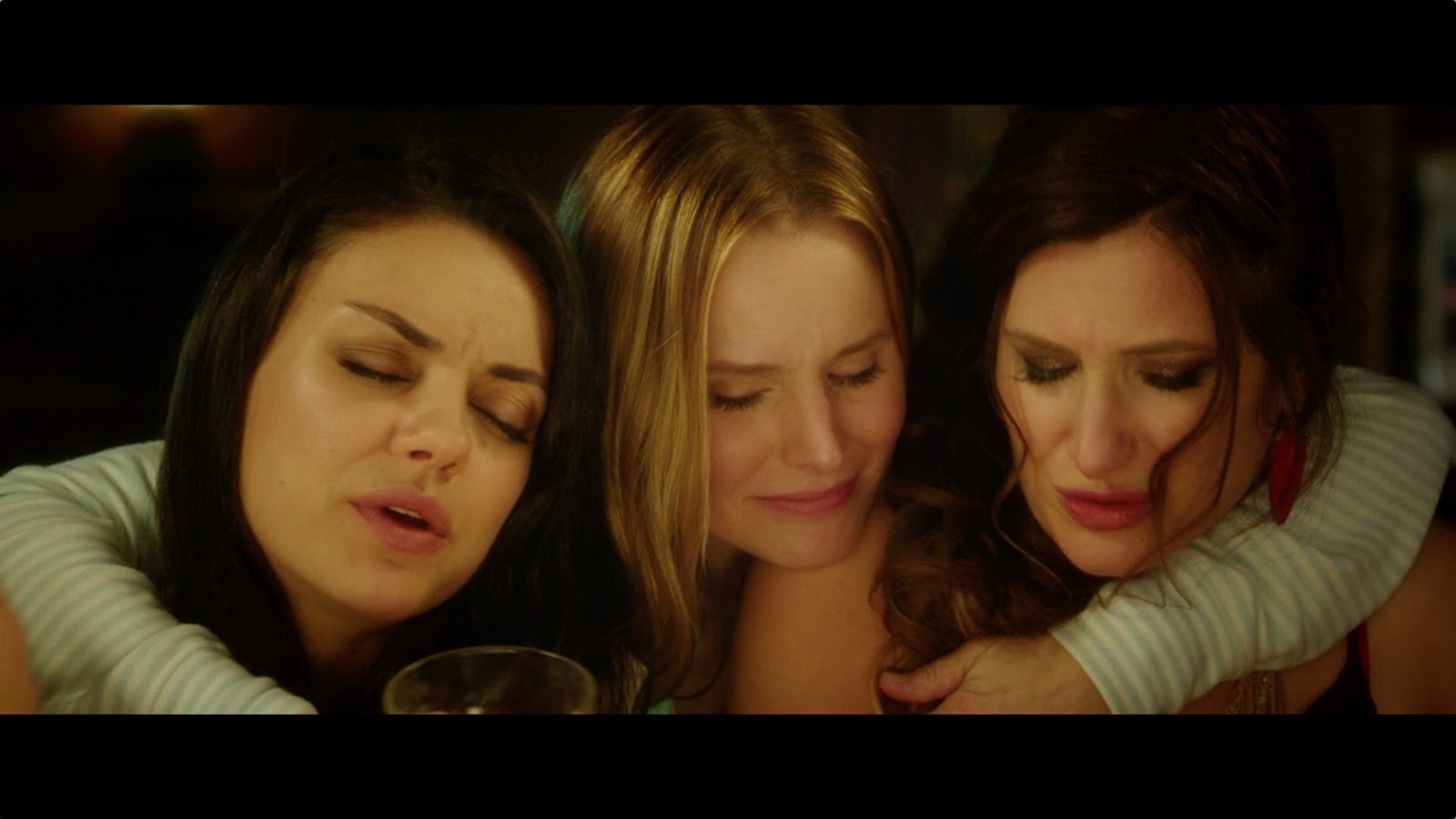 Kunis signed on as lead character Amy Mitchell, a working mom whose myriad obligations leave her cut off from friendships, let alone the idea of fun for its own sake. Poor Amy is too busy to realize what she is missing. “Really early on in motherhood, you forget that you’re a girl and you need girlfriends,” said Kristen Bell, a reallife mother of two. “Part of the beauty of this film is that it’s about these mothers discovering friendships again.”

How in the world did the writers of the ultimate dude movie, “The Hangover,” end up making a (R-rated) girl-power tribute to the awesomeness of moms? “Bad Moms” filmmakers Jon Lucas and Scott Moore have been writing partners and friends for more than 15 years. During that time, they also became dads, as well as directors. “We write from home, sitting in front of our computers, so we see our wives bust their asses all day,” said Moore. “They’re running around, picking up kids, making lunches, dealing with all these pressures. There’s a lot of drama and fertile ground for comedy.” 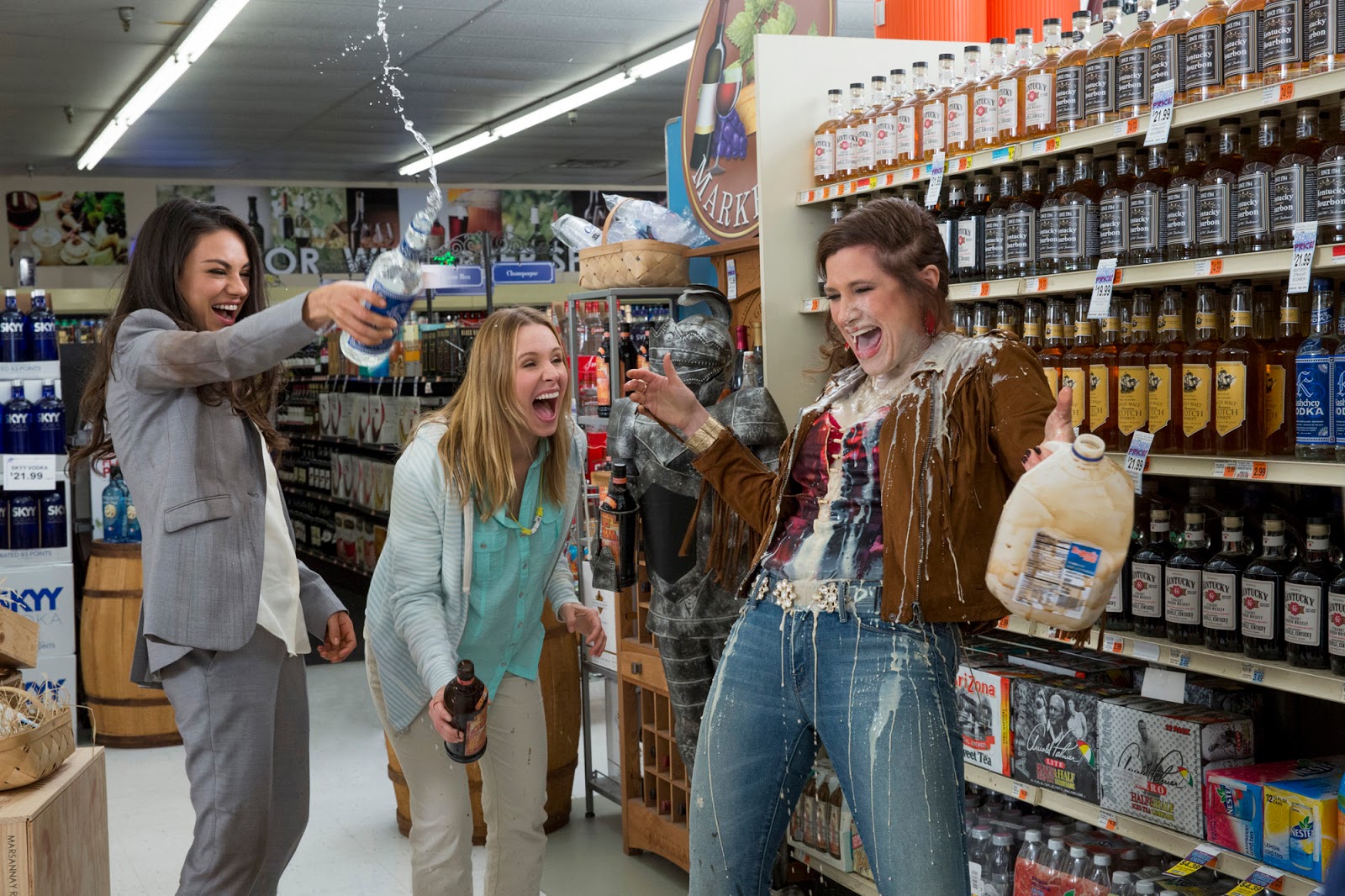 Kathryn Hahn plays badass single mom Carla, and her first reaction to the script was admiration for Moore’s wife. “Scott is a dad at my children’s school. After I read the script, I looked at his wife Mary in a whole different way. She is awesome. And that’s what I love about our directors – they’re in awe of us.”

“A real mom’s first story was never about giving her kid a hug,” said Lucas. “It would be, my kid totally destroyed the house today. There’s a tone, a sharpness that a real mom has. You recognize it right away. The non-moms had a sweeter idea about motherhood, and spoke more kindly about children.” 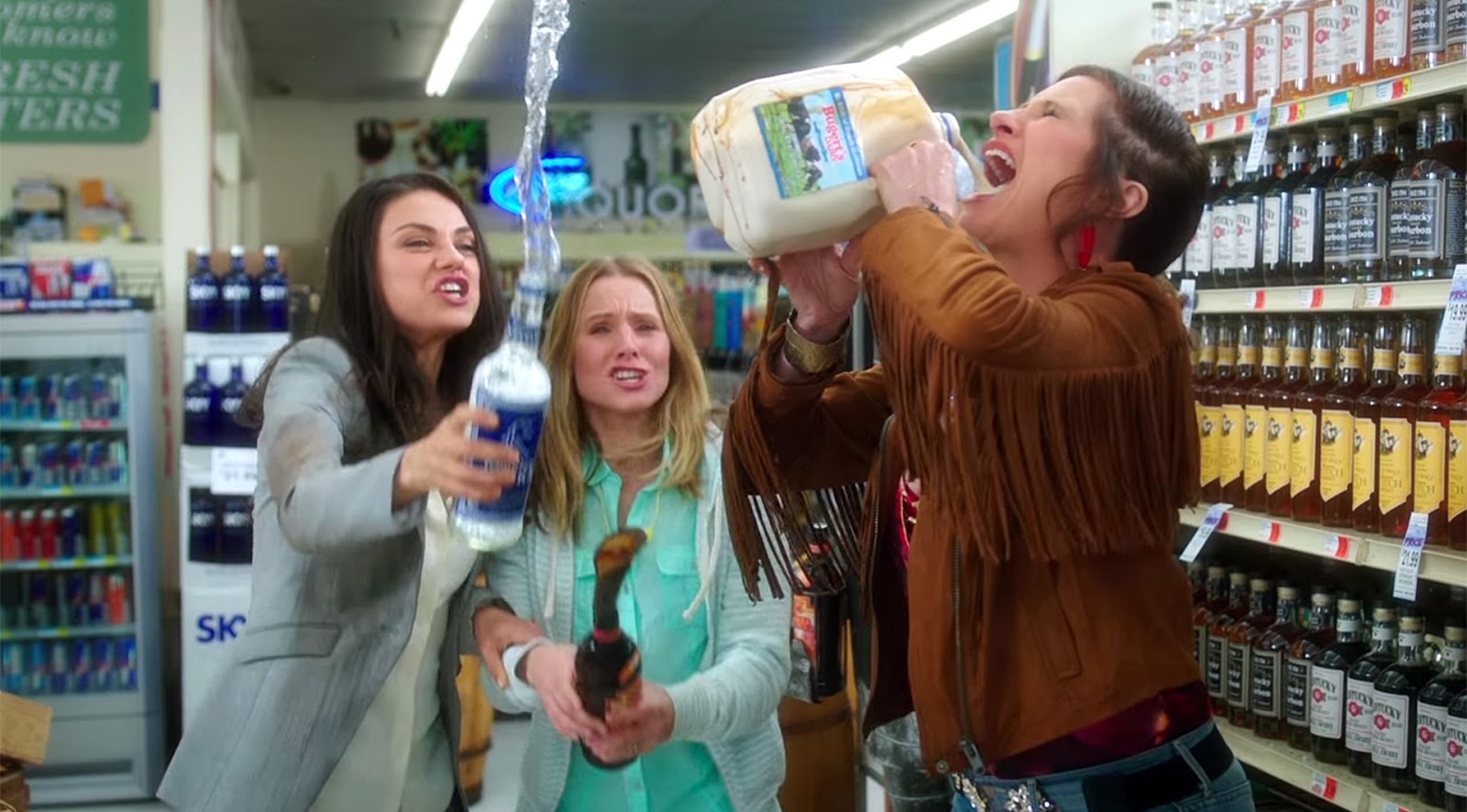 Hahn admired the honesty. “We live in such a child-centric culture that it’s difficult not to feel that you’re failing all the time. Or that you are ever going to live up to all the books and blogs you’ve read, and all the other moms’ advice.”

Kunis feels for Amy. “She had a baby at 19 and another one at 20, and has had to hustle ever since to make it work,” she explained. “Everybody can relate to that in some form. You strive for everything to be perfect and forget that the messy parts of life are what make life happen.”