Is it ever a good thing to be the bad guy? In Warner Bros. Pictures’s “Suicide Squad,” the most improbable crew of crazy criminals ever thrown together will find out when they are united on a mission to save the world that turns into the wildest, weirdest, wickedest ride of their already insanity-filled lives.

“The Suicide Squad is essentially a team—though a wholly reluctant one—of DC’s Super-Villains,” explains writer/director David Ayer. “Because who better to defeat one Super-Villain than another or, in this case, a whole gang of Super-Villains? It was pretty exciting for me because it let me explore a different version of the superhero movie; they’re the absolute flipside of heroes.”

Though they may not consider their exploits to be heroic yet (or ever), the Squad’s adventure will encompass all the heightened thrills, shrewd antics and full-blown combat that go along with the actions of their more traditional counterparts. They’ll just have to try to behave, to be on the better side of bad…for now. 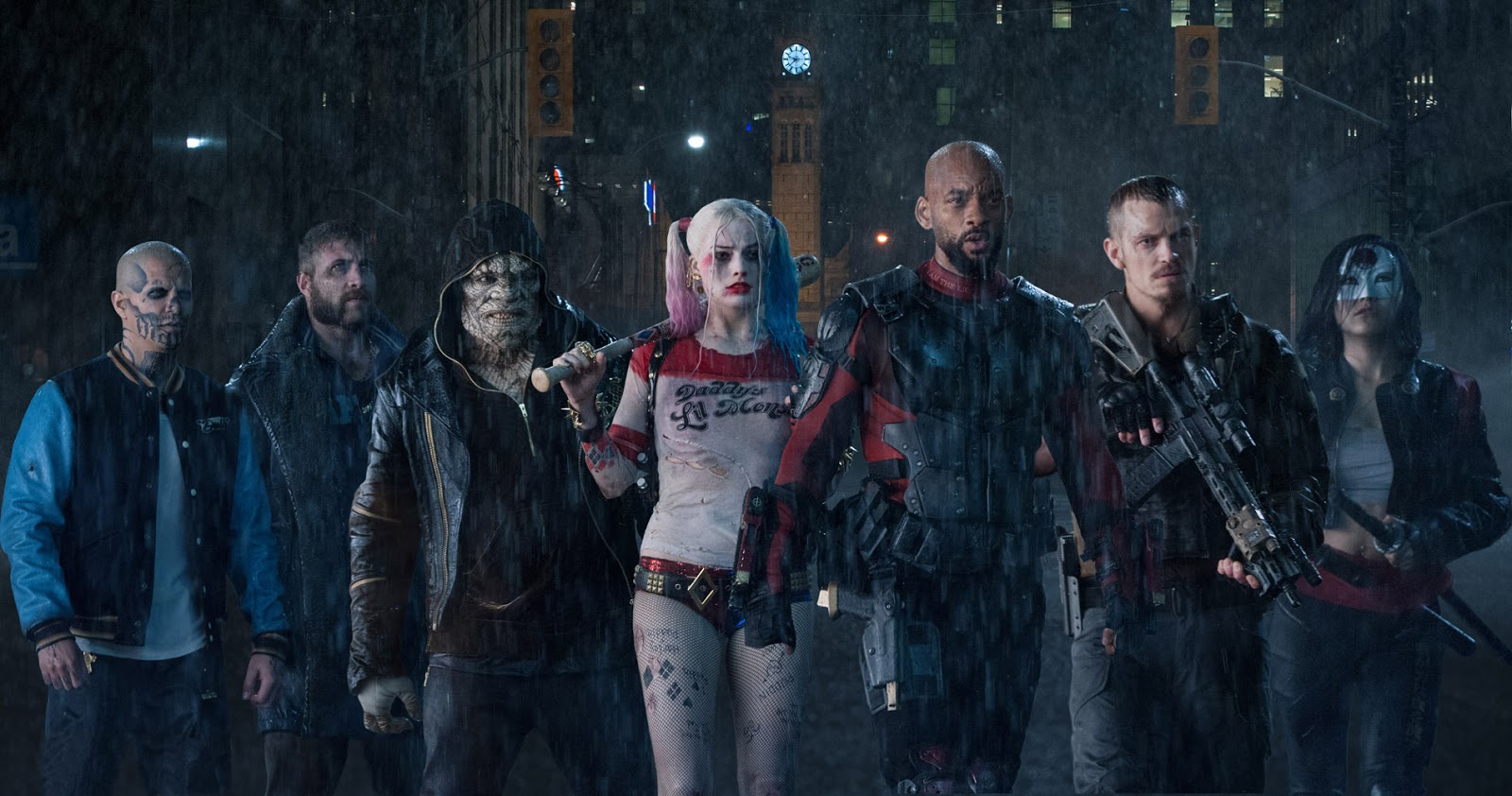 Producer Charles Roven, a veteran of the genre, offers, “I felt it was really interesting to make a film with the DC bad guys, to see which of them are truly evil and which might have some redeeming factors. The Suicide Squad is comprised of all these deadly incarcerated villains. What would they do, given the chance to reduce their sentences or even gain their freedom, even if it’s likely they won’t survive the mission? And they take that shot—not that they’re given much choice.”

Though seemingly given a “choice,” the prisoners who will become the Suicide Squad will have to learn to work as a team—literally. This is no voluntary gig. Plucked from the notorious Belle Reve Federal Penitentiary, which is designed to hold the “worst of the worst,” Deadshot and fellow inmates Harley Quinn, Killer Croc and Diablo, among others, aren’t exactly given an appealing alternative to playing along. U.S. intelligence officer Amanda Waller, a ruthless, manipulative operative who prides herself on her ability to get people to act against their own self-interest, sees to that.

“It starts with the screenplay, and David’s are incredibly rich, the characters jump off the page, because he creates this incredible sense of reality,” producer Richard Suckle says. “What I love, too, is that he has this edginess to his writing; there’s a swagger in the characters and films that he’s made. He’s the perfect guy to take these Super-Villains and make them as palatable and exciting as anyone else in the world of a DC film.”

Roven readily agrees, adding, “One of the wonderful things about David’s writing is that he can certainly hit the dramatics, but he also gives these characters great personality, and that results in many of them having fabulous wit, great lines of dialogue that fit into the situation, that come from the character so they feel real. Even in such intensified circumstances as these anti-heroes find themselves in, you just can’t help but laugh and enjoy them, they are just so unusually funny. It’s an action adventure film that has a lot of dark humor to it.”

“For me, the power of the DC brand is its universal qualities; there is a truth to these characters,” Ayer says. “They’re a vehicle for our modern values, but the characters themselves are also echoes of past mythologies. That’s their timeless nature and why I think they’ll always be attractive. And that’s why I was eager to tell a story with this particular set of characters, and to see them come to life on film.”

Few teams could be considered more visually appealing than the wildly colorful members of the Suicide Squad, who, along with the pure spectacle of the actioner’s larger-than-life battles and tenaciously hedonistic soundtrack, present an all-out psychedelic confection for summer moviegoers.

Bradley Cooper Takes On Chef’s Battles Behind And Out Of The...