Emma Roberts and Dave Franco star in “Nerve,” a timely edge-of-your-seat thriller and a razor-sharp examination of the seductive power of social media.

Directed by Henry Joost and Ariel Schulman, best known for their work on “Catfish” and the “Paranormal Activity” series, who have created an action-packed urban adventure that also offers keen insights into online behavior.

Based on the popular young-adult novel by Jeanne Ryan, the game of “Nerve” introduces a pool of young thrill-seeking players who accept increasingly risky dares from anonymous watchers to win valuable rewards. As small-time pranks ramp up into dangerous, sometimes acts, fans watch the action captured live on smartphones. 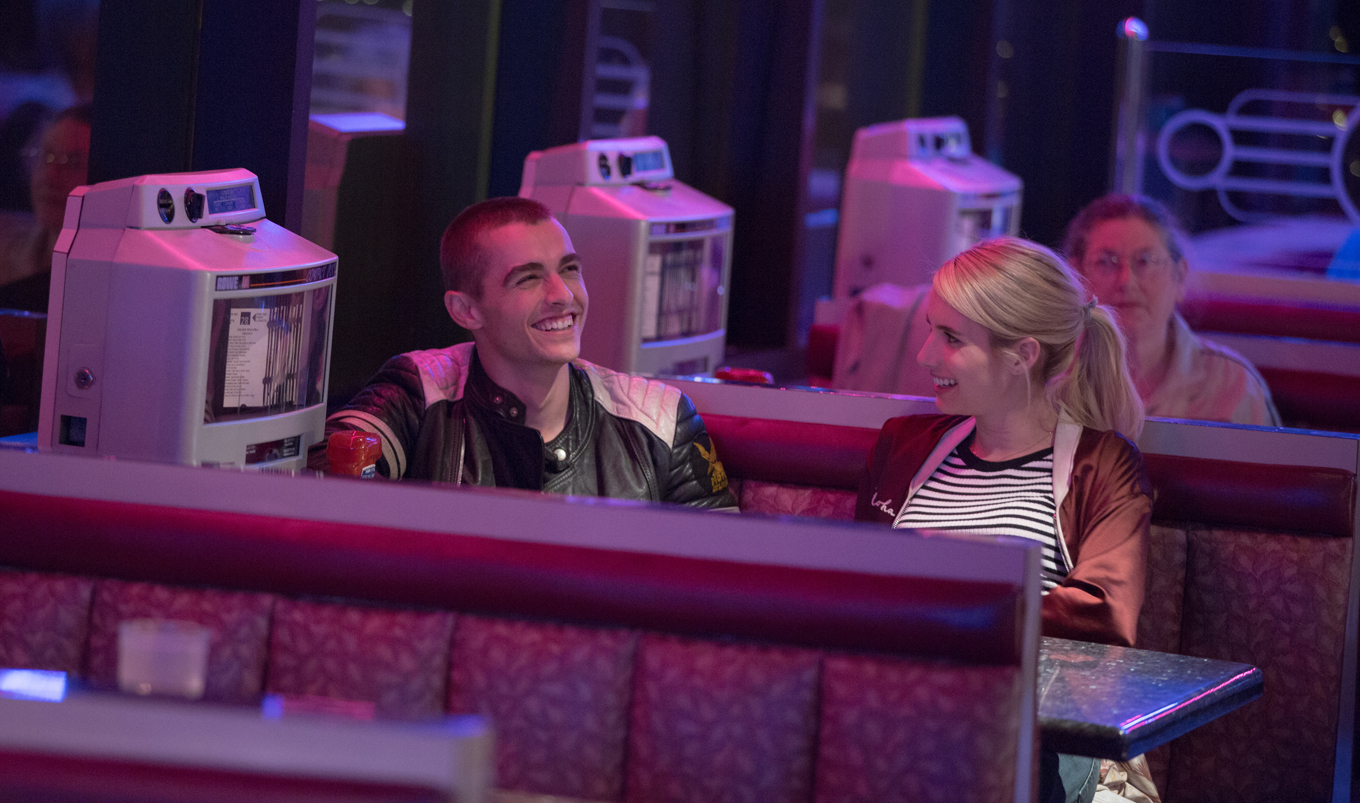 In “Nerve,” when Staten Island high-school senior Vee Delmonico (played by Emma Roberts) is challenged by her best friend to take part in the game, it launches a series of life-changing events. Each game of Nerve lasts only 24 hours; then a winner is declared and it moves on to the next challengers. “The movie asks the audience the same question Vee asks herself,” says Schulman. “Are you a watcher or a player? Not just in the game of Nerve, but in life itself. Vee has played it safe her whole life, but Nerve pushes her to take chances, which can be very dangerous. If you play, you may get hurt, or you may win and become a celebrity and make a lot of money. You can take the safe road, or you can take the risk. It’s all up to you.”

Vee’s adventure starts out as a high-octane Cinderella story, says producer Allison Shearmur. “She meets an unbelievably handsome and sexy stranger. She goes to the Bergdorf Goodman department store and walks out in a dress that costs thousands of dollars. She rides into New York City on a tricked-out motorcycle, and becomes a part of the city in a way that she probably only imagined from her apartment on Staten Island. It only gets dark when she has to start asking the questions that all of us are asking, like, ‘Who is this guy, really?’” 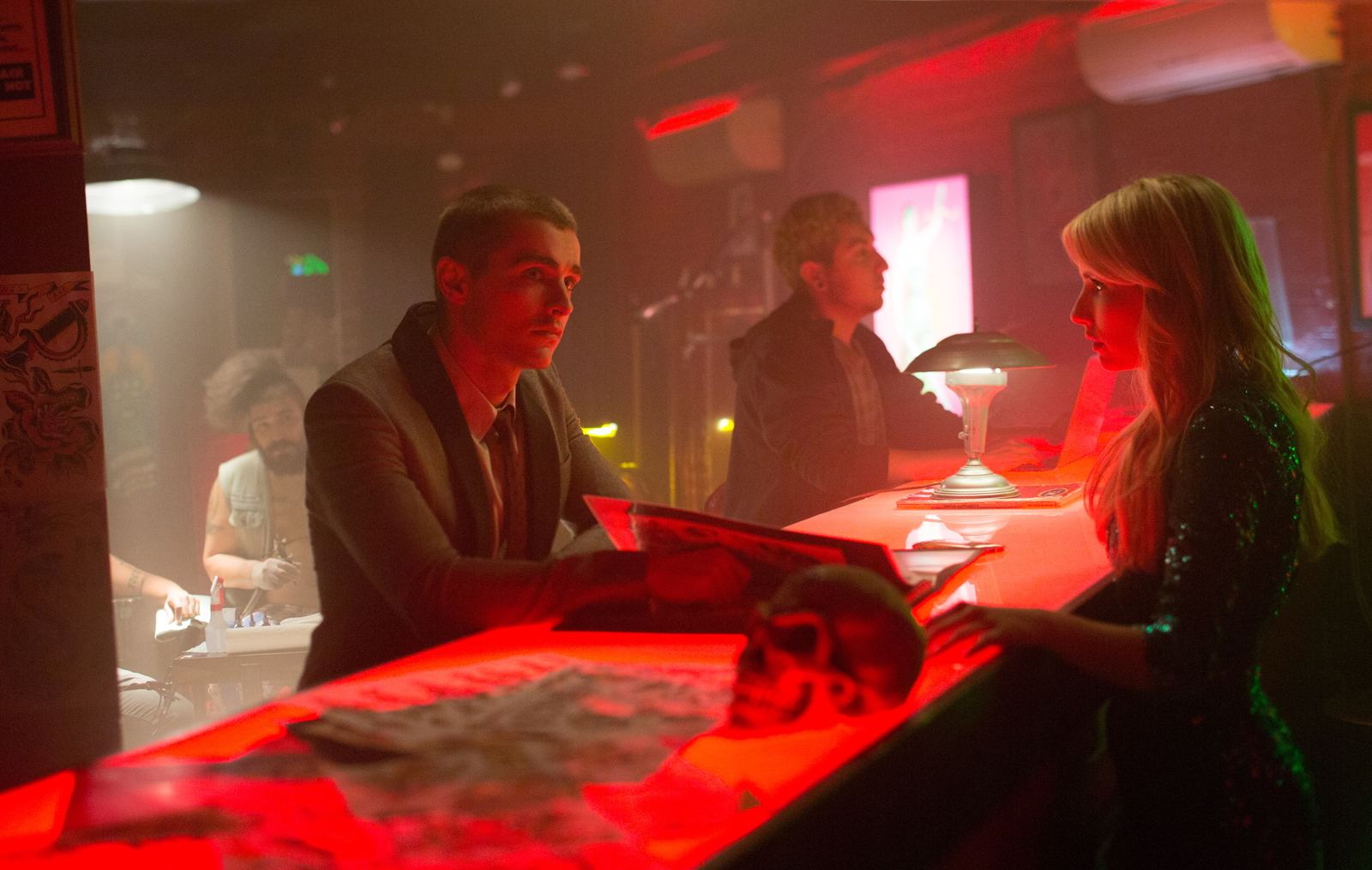 Perhaps the most alarming aspect of the game, Shearmur suggests, is that there is no one villain; the threat comes from the anonymous online onlookers. “The game goes from lighthearted wish-fulfillment to menacing and dangerous. Like a mob screaming for dueling gladiators, the bloodlust of the crowd becomes very disturbing.”

The more sinister side of the internet seemed like a topic that was ripe for exploration to actress Emma Roberts, who plays Vee. “People are putting their whole lives on the internet today,” she notes. “This movie captures that phenomenon and takes it one step further.” Roberts says she thinks twice now when she uses Instagram, Twitter—or even email. “Nothing’s ever truly private. I think this movie taps into that feeling. Whatever you post can potentially be seen by anyone, whether you want it to be or not.”

After the success of Catfish, Joost says he and Schulman were often asked if they believed the internet was inherently dangerous. “We said no, the internet is actually very neutral. It is what you make of it. It can be an inspiring place that introduces you to people you would never meet otherwise. It can push you to become a better person. Or it can bring out something darker in you. At the end of the day, it’s about owning up to your actions.” 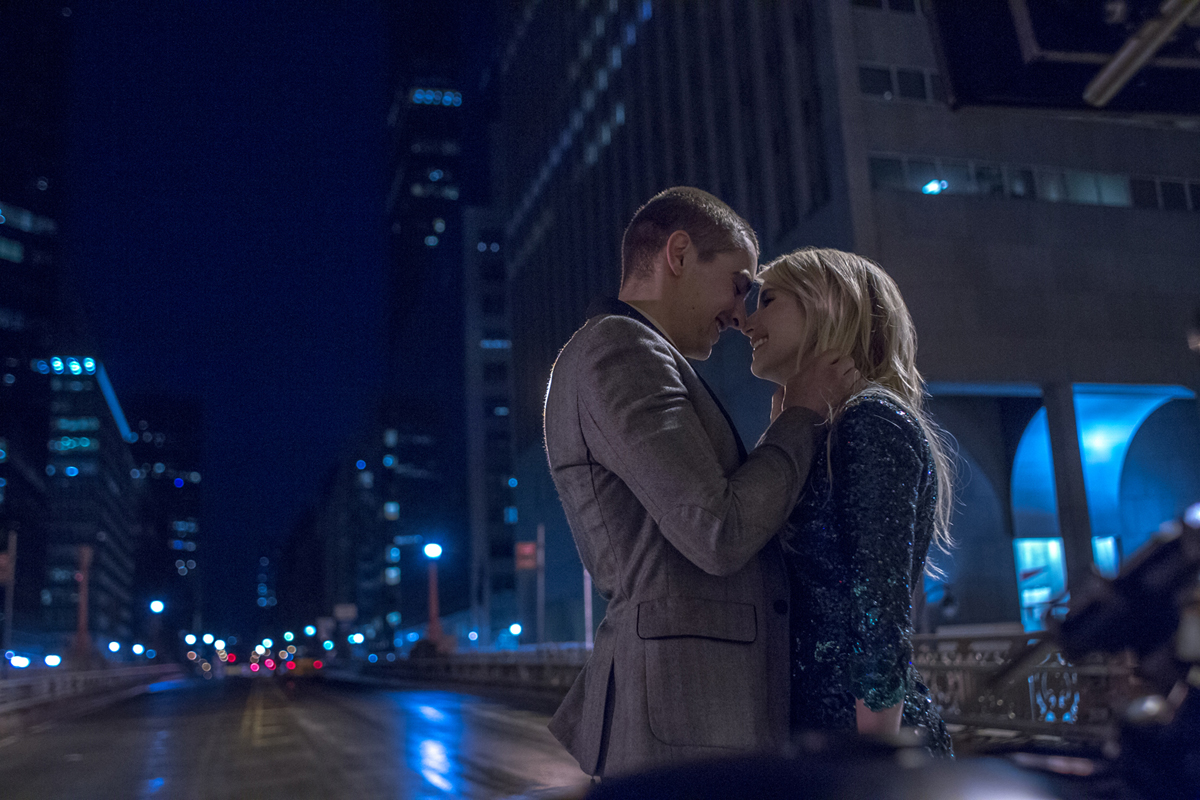 “Nerve” is coming soon this July 27 in cinemas from Pioneer Films.