From Illumination Entertainment, one of the entertainment industry’s leading producers of event animated films like “Despicable Me” and “MinioNs,” comes Universal Pictures’ “The Secret Life of Pets,” the recent No.1 box-office hit in the US, and opening in Philippine cinemas Aug. 24.

“The inspiration behind `Pets’ was all of the pets that my family and I have owned since I was a little kid. We grew up with a cat and dogs and a bird, and what I realized as I became a parent was that we all invested these pets with rich emotional lives. Whenever we’d come home we would be thinking about the joy in their faces in seeing us and thinking about them doing things that were a little bit naughty. We realized we were asking exactly what they had done while we were out.”

“It struck me that I wasn’t alone in wondering about what the inner lives of our pets were,” he continues. “The minute I started to look at my own pets that way, I realized that everybody looks at their pets through that lens. Whether or not it’s a real emotional life or a projected one…it doesn’t matter. We’re fascinated with their inner lives and highly curious about what they’re doing and thinking when we’re not around.”

Working with the writing team of Cinco Paul & Ken Daurio, with whom he’s worked on the films in the “Despicable Me” franchise, Meledandri first asked them to develop this idea into a screenplay. They were then needed to start “Despicable Me 3,” and writer Brian Lynch—known for his work with Illumination on “Minions” took the helm. 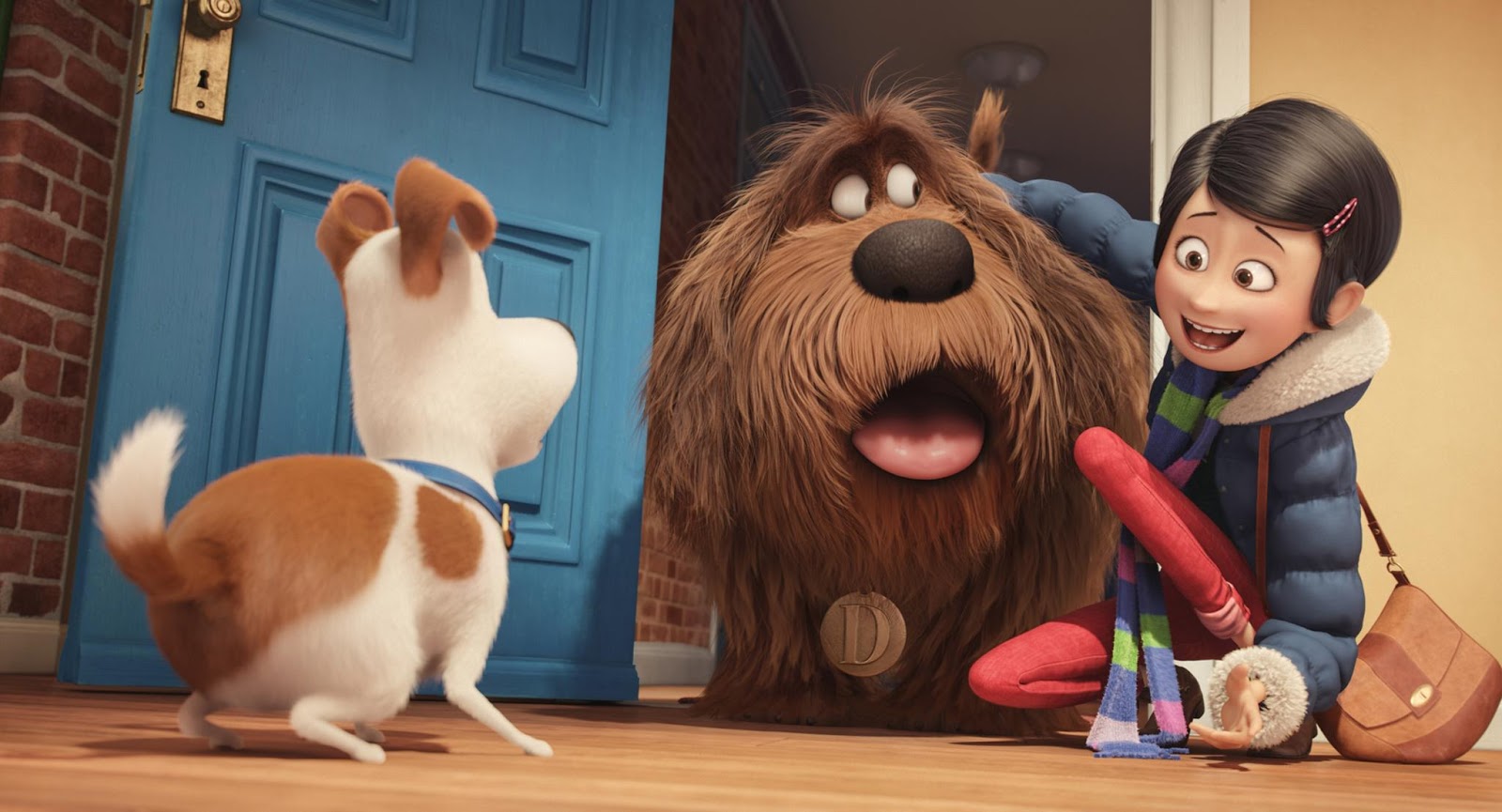 Daurio explains how it all began: “The first thing that Chris pitched to us was the image of a dog watching his owner leave the house. As soon as the owner leaves, the dog dumps his food in the trash and opens the fridge to find something better to eat. That was the initial image that was planted in our head, and it stayed with us throughout this entire process.”

Paul describes what drives the process he shares with Daurio: “The key to an Illumination film is lots of laughs and lots of heart. We want people to laugh as much as they possibly can, but we also want to make them cry a bit at the end as well.”

As they pondered upon the setting, the duo was drawn to a New York apartment building. “Early on, we decided we wanted this story to take place in an apartment building,” Paul says. “That gave us access to a lot of pets and the idea that when the owners are away, they party. They gossip and drink out of the toilet; things they would never do if their owners were watching.”

This is Lynch’s third collaboration with Meledandri, and he appreciates Meledandri’s character-centric approach. “Chris always says, ‘We’ll come up with the story and the set pieces later. Let’s work on who our lead character is, what happened to him or her before and what we want the audience to know about them and feel about them. We will go from there,’” offers Lynch. “It has always been helpful to work that way.” 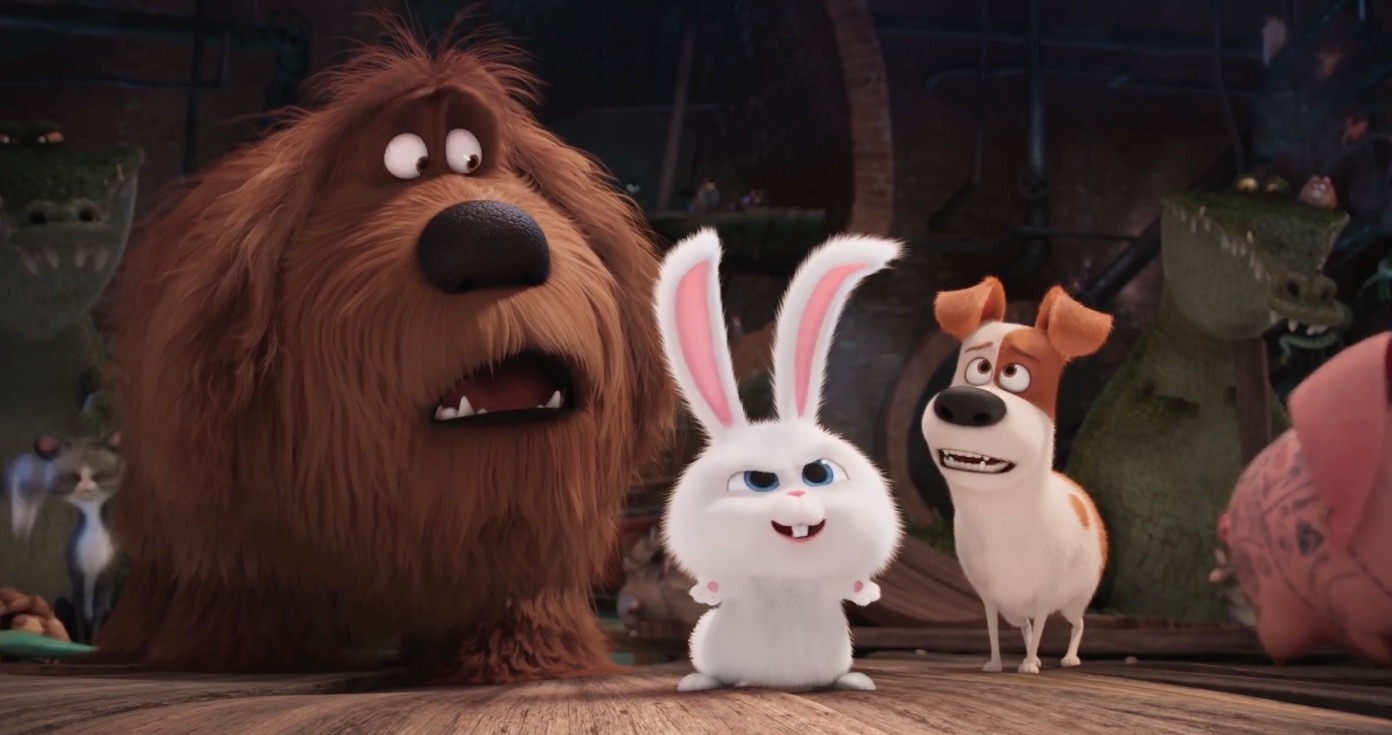 Lynch loved extrapolating upon these pets’ secret lives, revealing: “This film is a salute to how much all of us love our pets. No matter what they do in the movie, the new friends they meet or the death they defy, they still have to be back at the end of the day to see their owners come home. Even if they go on crazy adventures during the day, the highlight of every day is when their owner comes home.”
The moment that Max’s owner brings Duke home from the pound has a special inspiration of its own. Laughs Meledandri: “I imagine Max feels a bit like my nine-year-old son must have when my wife and I came home from the hospital with a new baby: ‘Where did this guy come from? Who asked him here? My life was fine before he arrived and, no, I don’t want to share everything that I’ve got that’s so perfect.’”

Inspiring True Story On The Lost Boys Of Sudan In “The...