In the film, Alice (Mia Wasikowska) returns to the whimsical world of Underland and travels back in time to save the Mad Hatter (Johnny Depp). 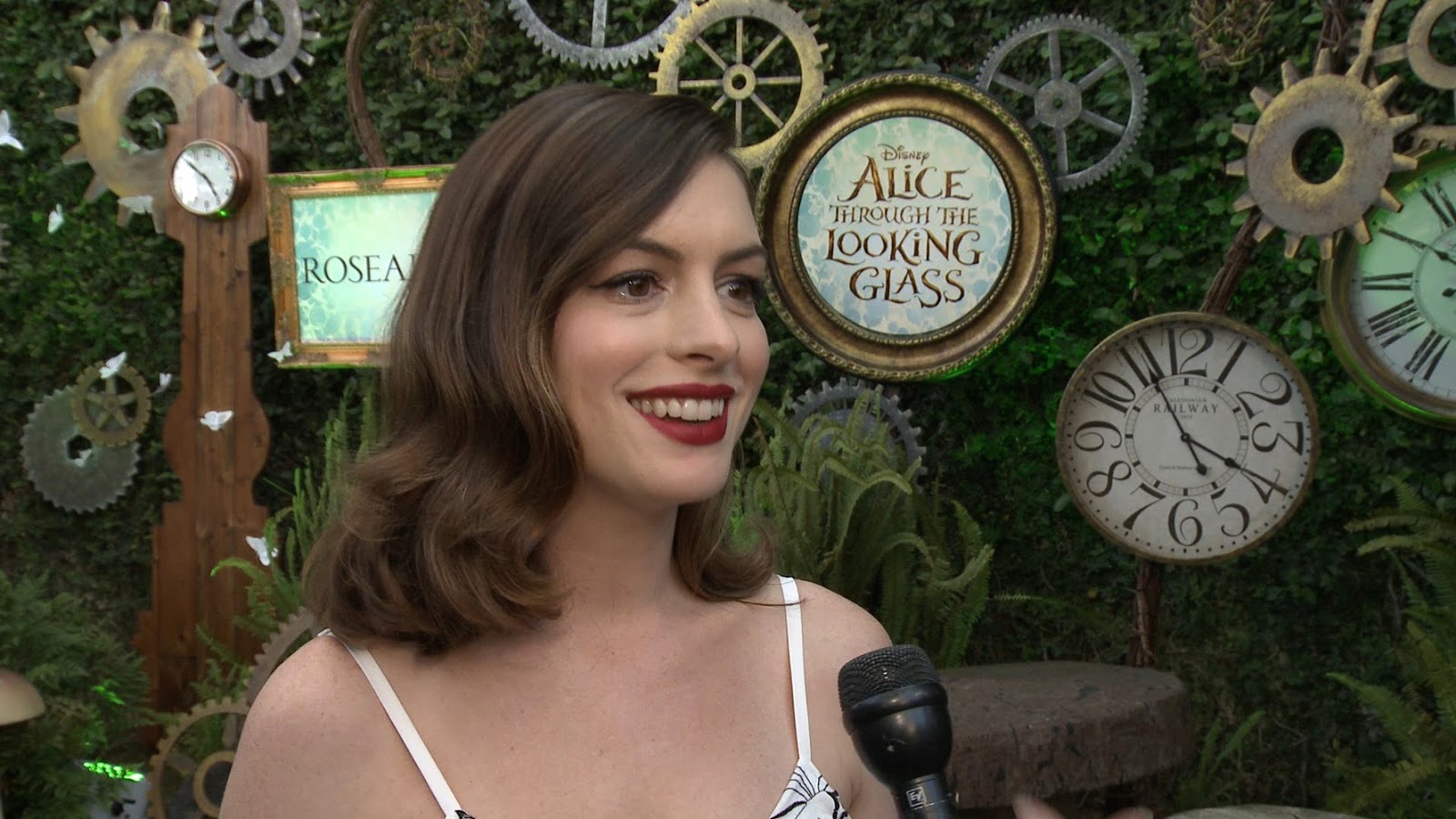 Question: We get to see the backstory of the divide between the sister queens. Was it fun to go back in time and play that younger character with Helena Bonham-Carter (as the Red Queen)?

Anne Hathaway: It was fun to learn that she’s not perfect. I think she’s sort of lovely in the first one but a bit oppressively good so it’s nice to know that, like everyone, she’s got a past and she has regrets and she feels shame, she feels guilt and that you forgive her these things so I actually was really thrilled that we were trying to see what the emotions were about this character who looks so fantastical but then feels so believable.

Q: What kind of relationship did you have with Helena while filming? Did you discuss the scene together?

Anne: I think Helena is one of my favorite people on the planet. I think the world is better because she is on it. She’s so inventive and fresh, literally all the definitions of fresh. She’s got a wonderfully fresh mouth and she’s fearless and vulnerable and open and friendly and I admire her so much so it was really exciting for me to have more scenes with her this time around. Yes, I got to work with an incredible actor but also because I got to talk to her between scenes which I love. I think we had a really nice time crafting a sisterly relationship together and trying to find something that felt true to us and that people would understand.

Q: Can you talk a little bit about the wild costumes in the film?

Anne: I wore no trousers. I loved it, actually. I thought that Colleen Atwood’s costume probably created my character. I had certain ideas about who she was and as soon as I put on the dress, it was like “Oh, she’s there.” I also started to think about the relationship between her and Helena and I thought if you have a family member who has a very large personality, has a lot of emotions, you compensate by taking up less space. I thought here’s somebody who is literally turning herself into almost weightlessness and yet it is still so ornamented so I just thought it was very rich and very airy for my airhead character.

Q: What was your initiation to Lewis Carroll’s books and what do you appreciate more now that you’ve looked closer through these movies?

Anne: I first read “Alice in Wonderland” when I was 19 and in college so I think being nineteen and fairly dramatic I focused so much on how well Lewis Carroll described madness, just the idea that you see the world just a little bit off and I remember feeling very connected to that at that time. And, as you feel when you encounter people who champion that way of living, I felt a kinship and at home and was very pleased with it.


Q: You have been in some family-oriented films like “The Princess Diaries” films. Now that you are a young mom, do you think “This is something that my son can watch”?

Anne: You give me a lot of credit as a mom. When I was seventeen years old, I thought “My kids are gonna watch this someday.” I didn’t think about that when I did `The Princess Diaries’ and I got questions about being a role model. It never occurred to me that actors should be role models for a multitude of reasons but, that’s not what I’m interested in so I don’t make films for that reason. If they happen to work out that way sure, I’m thrilled.

I’ve now been in a lot of films where you can have a date night in a theater with your family or you can sit down on the couch in sweat pants and become a human amoeba and just chill out together and feel warm and connected and I’m proud of that in my body of work are stories that allow families to experience them together. I can’t say that I’m going to continue to make them because I have a child now. I just will hopefully continue to make them because I respond to them and seek challenges as an actress. 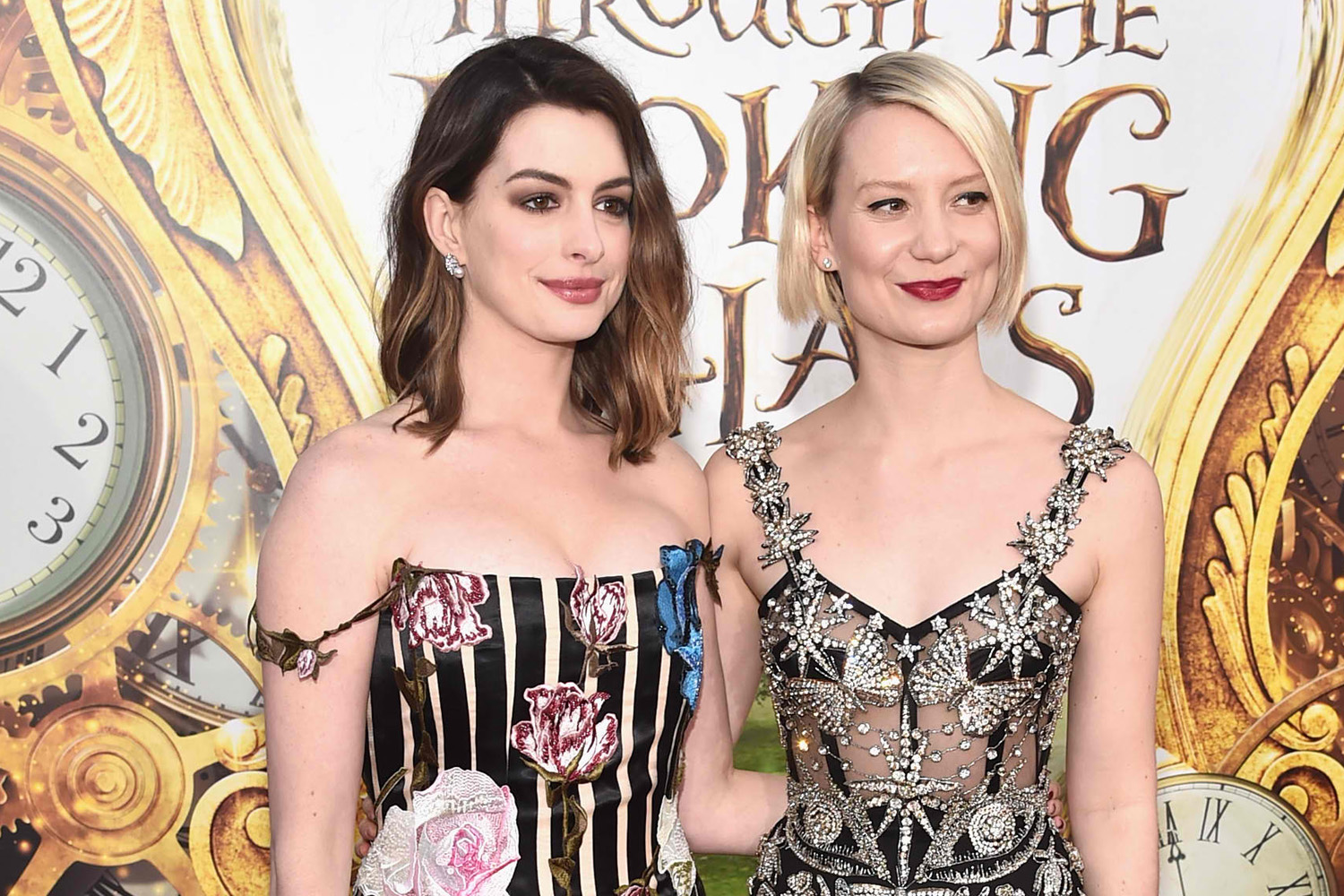