“Marauders” reels into action when a bank is hit by a brutal heist, all evidence points to the owner (Bruce Willis) and his high-powered clients. But as a group of FBI agents (Christopher Meloni, Dave Bautista and Adrian Grenier) dig deeper into the case — and the deadly heists continue — it becomes clear that a larger conspiracy is at play.

Bruce Willis portrays Jeffrey Hubert, president and owner of Hubert National Bank, and the target of repeated heists. An air of entitlement and authority, he goes ballistic when the local newspaper smells a scandal beyond simple robbery. 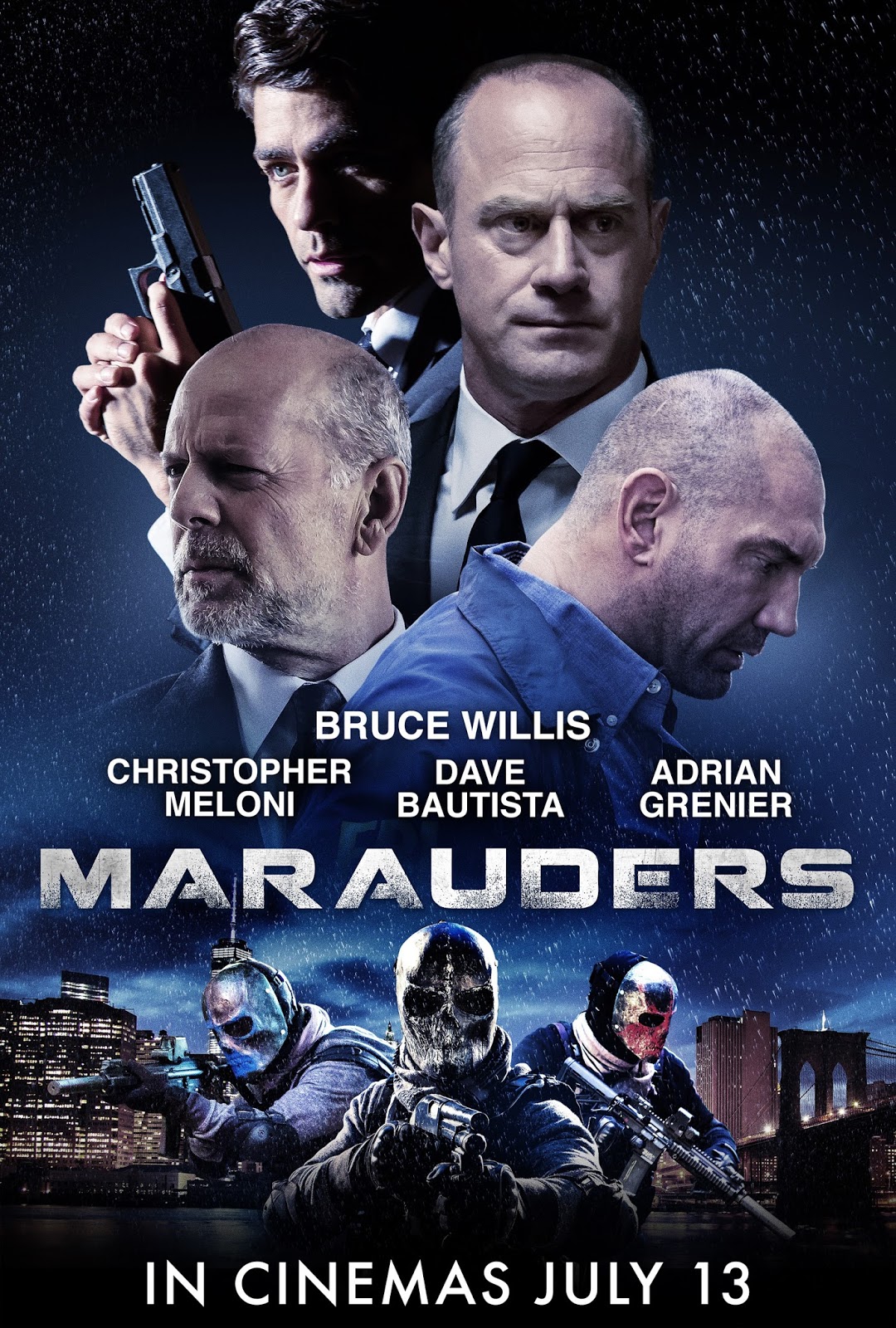 “Marauders explores the idea of to what lengths you go to right a wrong, and then where does that place you. Does that place you on the side of wrong? It’s almost revenge. And then when does revenge go wrong, or is revenge ever right, or are you avenging something?” Meloni states.

“I knew that I wanted Marauders to be gritty and dark and to have a lot of rain,” recalls director Steven C. Miller, of his first read through the script. “As soon as I got to Cincinnati, it really matched what I wanted to see. I love movies that always have rich architecture and everything in the scene has got a lot of substance to it. You can almost touch the texture in the scenes. Cincinnati is just rich with that; I mean the history of the city, the buildings and the architecture are just a great backdrop.

Miller’s previous film with Bruce Willis proved invaluable, “I understood his process and how he’s gets into the character and moves through a scene.” When casting the rest of the roles, Miller found that a lot of the actors he liked were on producers Randall Emmett and George Furla’s list. A few nights before each actor arrived, Miller gave them a call. “We kind of hashed out what their character was about, their arc and where they were going in the story, and really what they as actors wanted to do. Bringing their own style to the mix, their own thing to the game, gives the movie its own personality.” 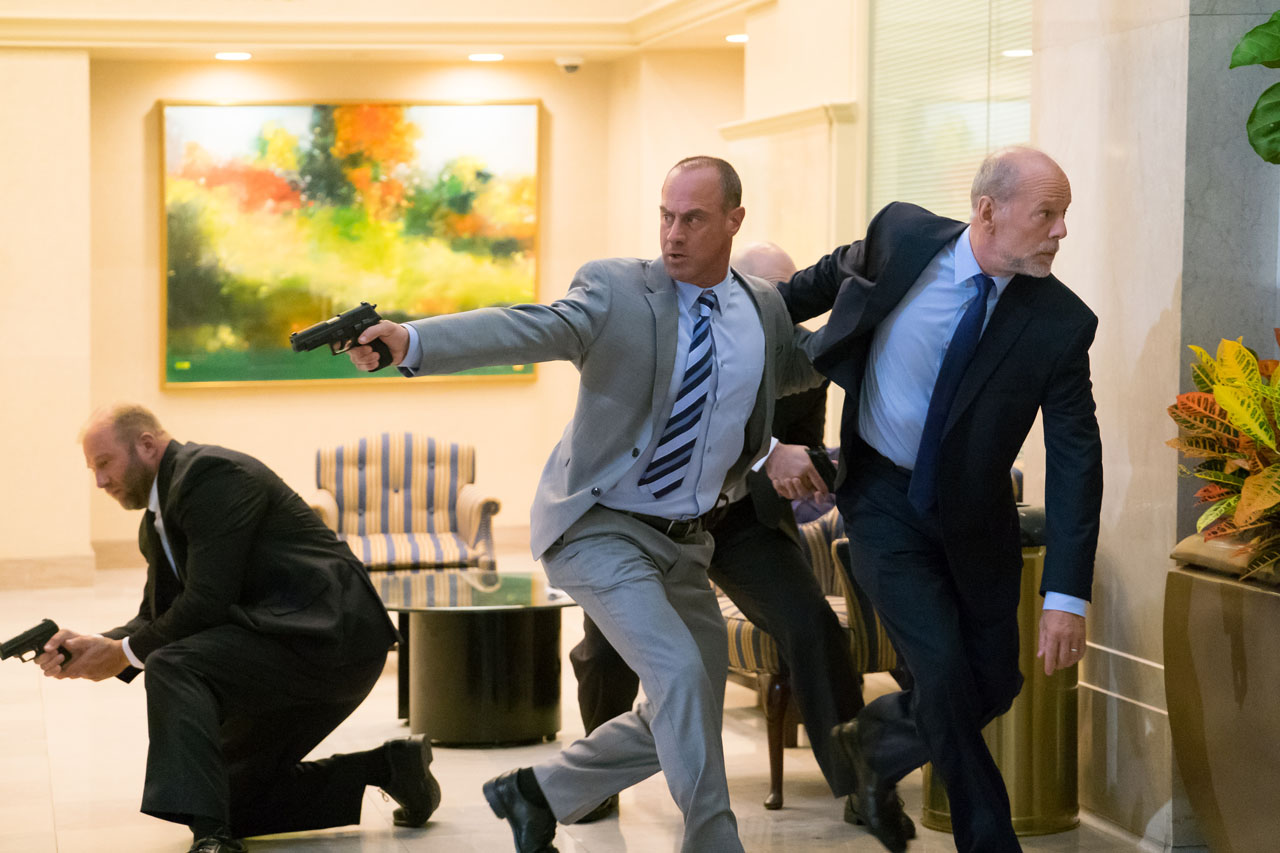 Shooting in Cincinnati was somewhat of a homecoming for Bautista. “I not only spent a lot of time here wrestling, but my MMA coach is from here, my boxing coach is from here, so throughout the years training I’ve spent a lot of time in the city and the arenas. It doesn’t feel like I had to leave home and come to a strange town; as soon as I got here I went straight from the airport to the grocery to stock up on food. It is a comforting to see familiar places and familiar faces.”

“We’re running and gunning, its very high paced, high energy and we just have to be on top of it, and the style of film making and the production really reflects the energy that you’re going to feel on the screen,” assures Grenier. “One thing I really love about this particular shoot and working with Steven Miller is he’s nimble, he’s lean and it really does allow for a vitality, a sort of visceral quality to the filmmaking and in this day and age, you don’t need a lot of fancy lights or set ups to get good story and good action. He’s almost like a Special Forces operative – he gets in, gets the job done and gets out. That’s really exciting to watch that kind of energy; it’s guerilla film making, but on a high, high level,” adds Grenier.