Oscar® winner Alicia Vikander (“The Danish Girl,” “The Man from U.N.C.L.E.”) stars in Universal Pictures’ new action thriller “Jason Bourne” as Heather Lee, a prodigy hacker in the CIA, whose talents lie in her ability to analyze and predict, through social media, possible conflicts in different parts of the world—and then to exert influence or even control them.

“Heather is a young woman who went to Stanford and was recruited by many organizations,” says producer Gregory Goodman. “She could have chosen the private sector and made millions, but it’s clear she’s a smart person who’s made a specific choice about what matters in her life. It’s not just that she’s ambitious, she also wants to be effective; she feels she’s going to make her mark by bringing Bourne back in. We needed to cast an actor of some power, to be going up against Tommy; their relationship is definitely one of spirited conflict.” 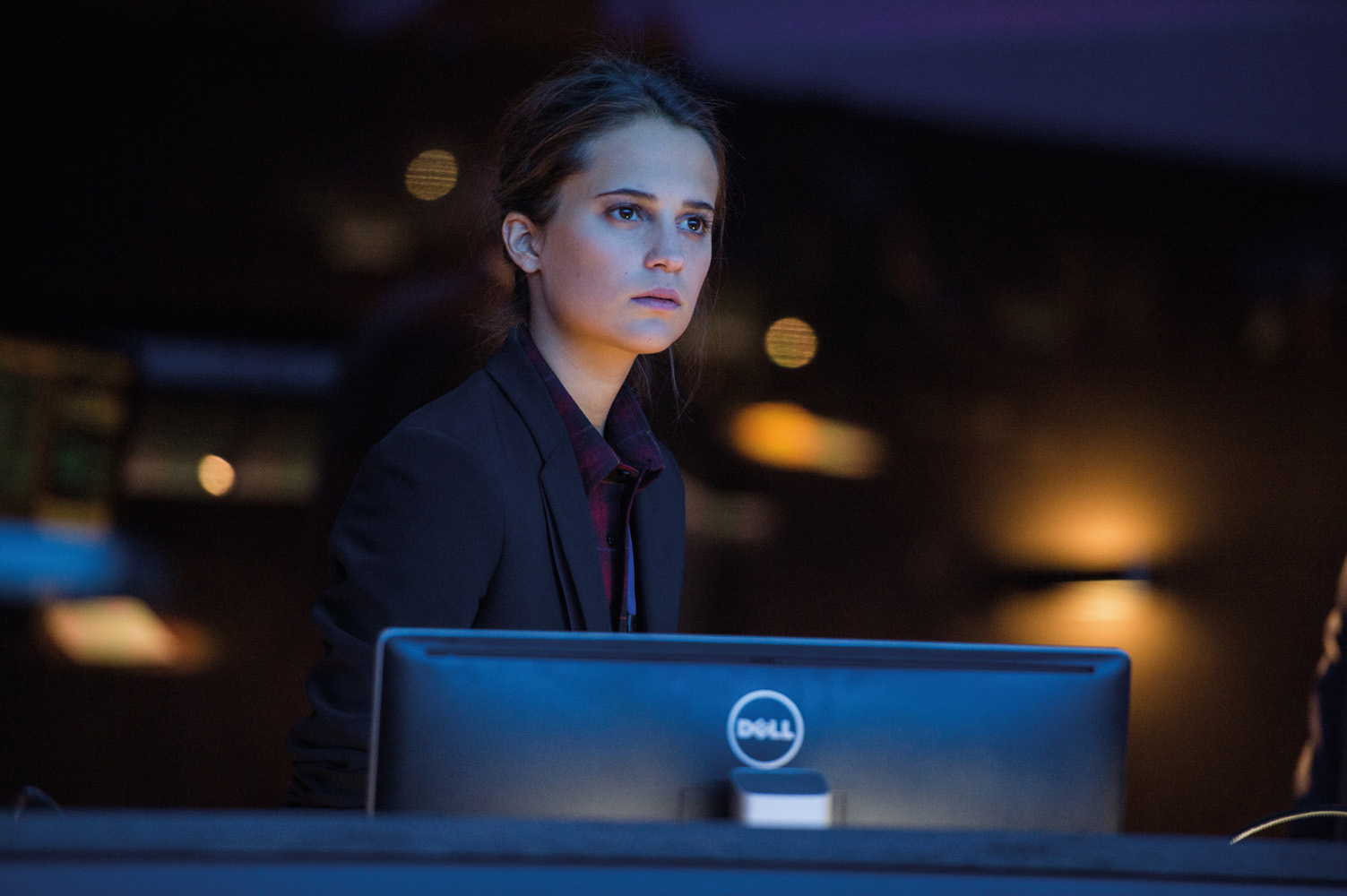 An expert in counterinsurgency and drone strikes—and an operative who has high-value target experience—Lee asks to be point on this operation and promises to deliver Bourne. From Athens to Berlin to London and Vegas, Lee tracks him across the globe. When she starts to believe that Bourne could be brought back in and reconditioned, she makes the same deadly mistake others before her have.

Director Paul Greengrass affirms that he and co-screenwriter Christopher Rouse also wanted a strong new character to present this new challenge to Bourne: “That’s both in terms of skill set and also as part of the new generation. I’d seen Alicia in `Ex Machina’ and `The Danish Girl,’ and she’s fantastic. But in all honesty, I didn’t think she would do it. For me, when you’re first starting a film, the first part you offer is very important—it can be a reality check. So, I asked her to lunch.” 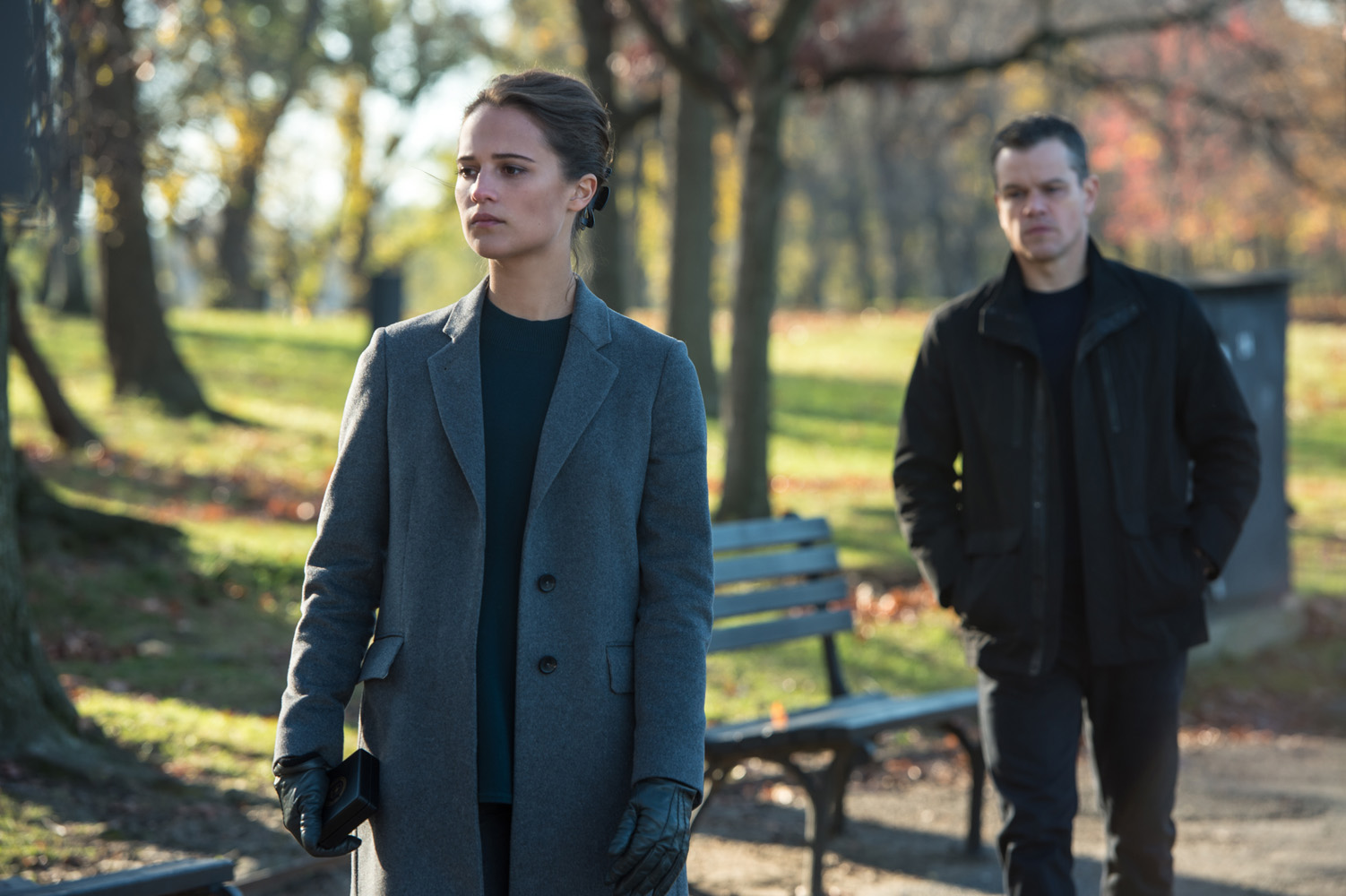 That meal proved to be quite a full-circle moment for the actress. On Vikander: “When Paul and I met, I told him something that he probably thought I made up expressly for our meeting. But, it was the truth! When I first came to London, I shared a flat with three girls, not far from where we wound up shooting in Paddington, actually. We were so broke that we shared a wardrobe; we shared beds. On Sundays, when we didn’t have enough money to go to the pub, we would just ask, ‘Should we just go watch Bourne?’ And that’s what we did. We just watched it over and over. After I had lunch with Paul, my old roommates were the first ones I called.”

On what so resonated with her obsession with the previous Bourne films, Vikander shares: “Watching most spy films growing up, I had seen a certain way of what that genre was like. Suddenly, I was faced with something that was completely new, and I loved that I found myself thinking, ‘What if Bourne actually exists? What if he is actually running out in the streets?’ I loved that you wanted it to be true. I appreciated the integration of the social and political aspects, making it an intelligent movie, while keeping it a popcorn franchise and all of the fun and scale that that means.” 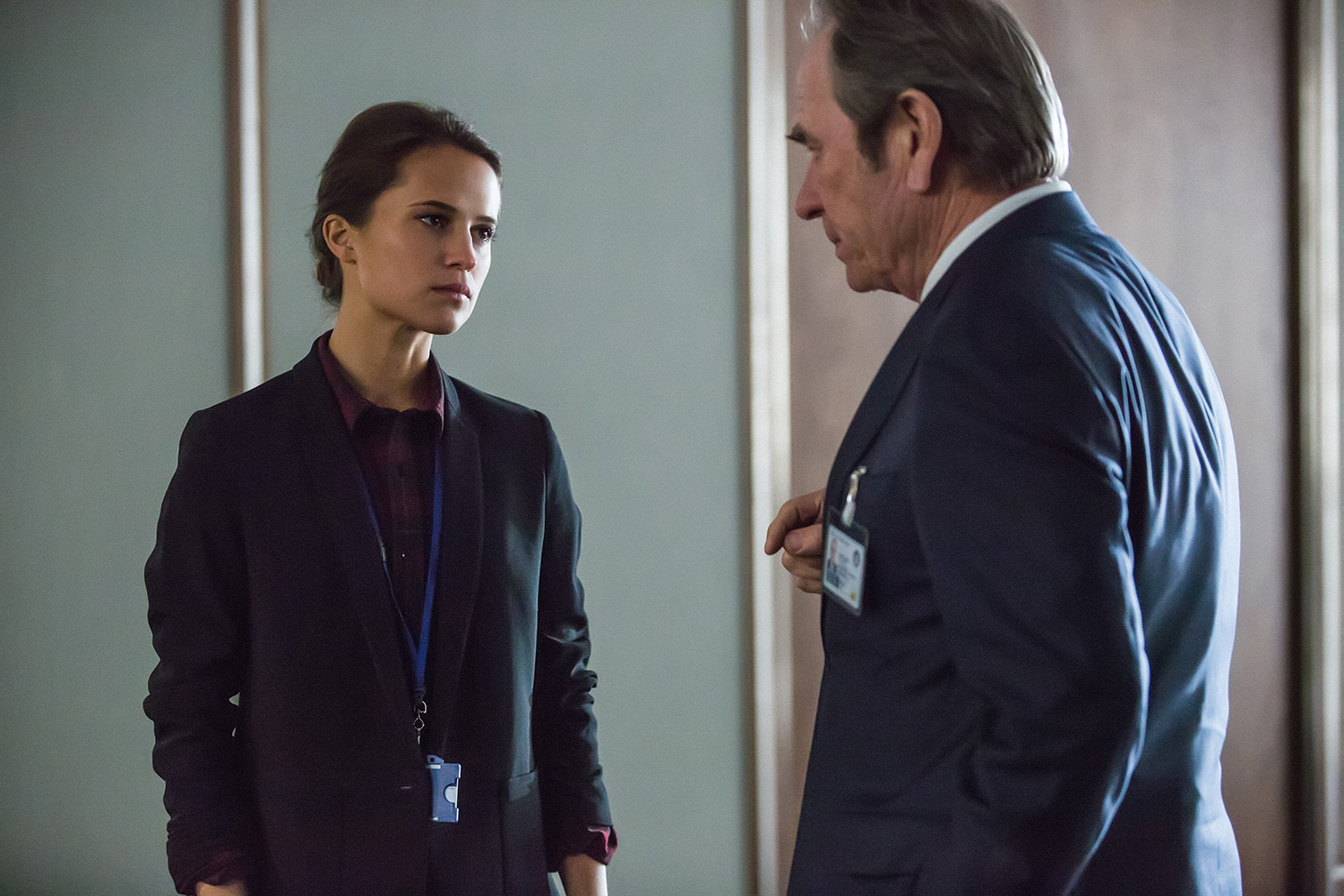 Quite soon, Vikander was one of the guys on the Jason Bourne production. “Working with Paul,” she reflects, “well, it feels like the system is very much in place. There were a lot of boys on the set.

There was a lot of very technical dialogue to learn, and that was a bit of a struggle. But as soon as I overcame that, I started having a lot of fun.”

Killing Machine For Valentine In “KINGSMAN: THE SECRET SERVICE”