MANILA, June 20, 2016 – Paul Abadilla, the US-based Filipino animator from Pixar Animation Studios received a warm homecoming welcome by his family and animation fans in Manila, Philippines. Parallel to the story of Dory finding her way home in the new Pixar film, “Finding Dory” — Abadilla made his way home to share more about the work he did on the film, which opened here on June 16th.

Joined by some of his own family who are still living the Philippines, the Manila-born artist attended the premiere of “Finding Dory” last Saturday, June 11 at SM Megamall. Abadilla also took time out to conduct an Animation workshop, attended by over 250 animation students and influencers last Tuesday June 14 at Makati Diamond Residences. Attendees also received autographed “Finding Dory” concept art.

“It’s great to be home to be with my family and I feel privileged to be given the opportunity to come back and share what we did for Finding Dory. This is an unforgettable experience and I am very moved by the warm reception I’ve received so far,” said Abadilla.

Abadilla shared how he started his career in animation, the obstacles he had to go through, and his journey at Pixar. The workshop was followed by a Q&A session where local animation students got a chance to seek Abadilla’s expertise in the animation field.

Abadilla joined Pixar Animation Studios as an intern in June 2008. He continued on as a sketch artist in several art departments doing shading and set design on the feature films “Monsters University,” and Academy Award®-winning films “Brave” and “Inside Out.” In addition, Abadilla has worked on the short films “The Blue Umbrella,” Pixar’s first television special “Toy Story of TERROR!,” “LAVA,” the Academy Award®-nominated “Sanjay’s Super Team and most recently Finding Dory.”
As a sketch artist, Abadilla collaborates with film directors, production designers, art directors, and various technical departments to produce the best design solutions for various CG elements used in the film. His versatile skill set allows him to contribute in many aspects of the pipeline, including designing environments, surface textures, and color and lighting. 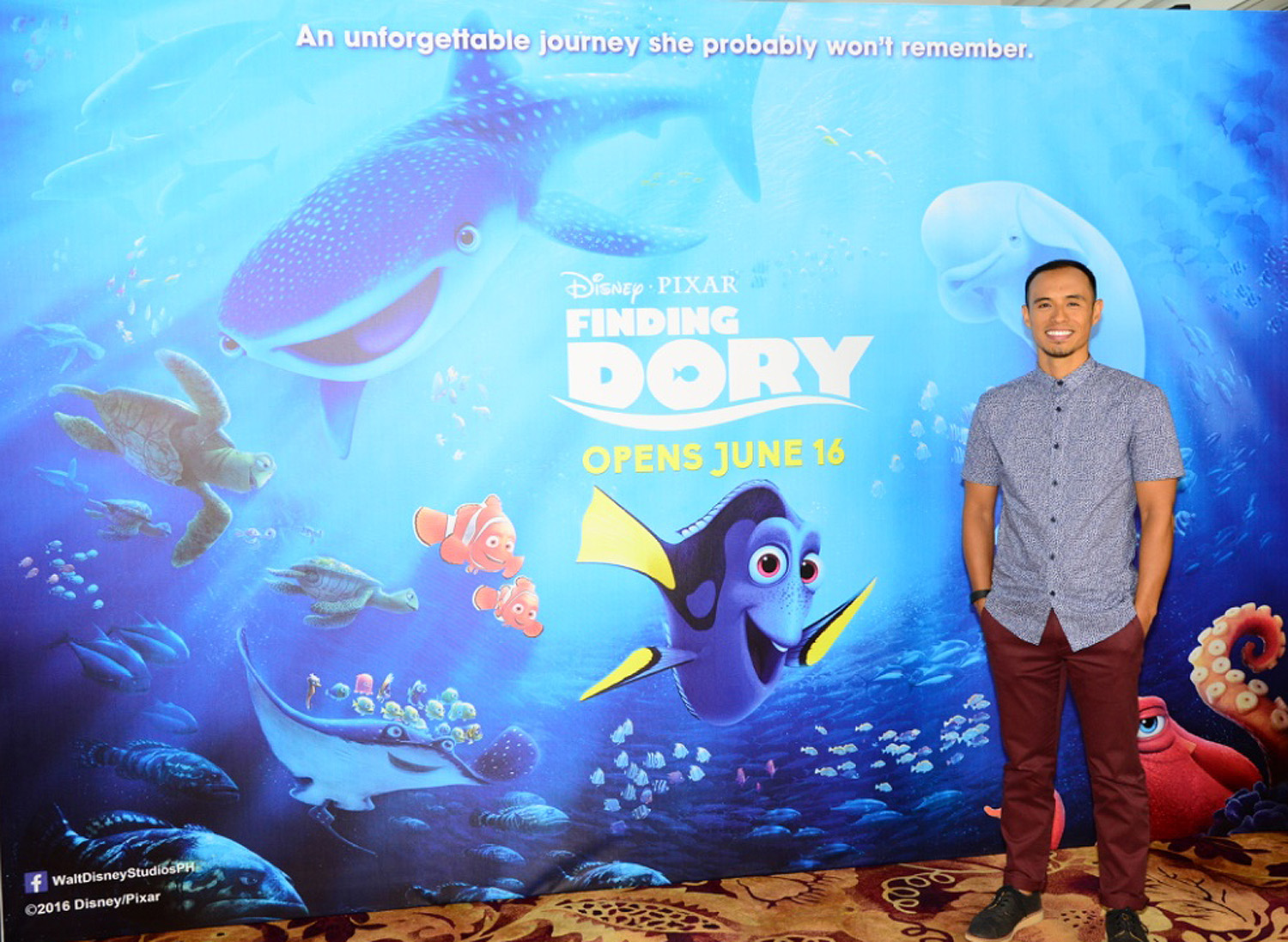 Disney•Pixar’s “Finding Dory” welcomes back to the big screen everyone’s favorite forgetful blue tang Dory (voice of Ellen DeGeneres), who’s living happily in the reef with Marlin (voice of Albert Brooks) and Nemo (voice of Hayden Rolence). When Dory suddenly remembers that she has a family out there who may be looking for her, the trio takes off on a life-changing adventure across the ocean to California’s prestigious Marine Life Institute, a rehabilitation center and aquarium. In an effort to find her mom (voice of Diane Keaton) and dad (voice of Eugene Levy), Dory enlists the help of three of the MLI’s most intriguing residents: Hank (voice of Ed O’Neill), a cantankerous octopus who frequently gives employees the slip; Bailey (voice of Ty Burrell), a beluga whale who is convinced his biological sonar skills are on the fritz; and Destiny (voice of Kaitlin Olson), a nearsighted whale shark. Deftly navigating the complex innerworkings of the MLI, Dory and her friends discover the magic within their flaws, friendships and family.

“Game of Thrones” Star Natalie Dormer Bound to “The Forest”