The colorful characters inhabiting Underland in Disney’s “Alice Through the Looking Glass” are brought back to life by the all-star cast from the original “Alice in Wonderland.”

In “Alice Through the Looking Glass,” an all-new spectacular adventure featuring the unforgettable characters from Lewis Carroll’s beloved stories, Alice returns to the whimsical world of Underland and travels back in time to save the Mad Hatter. 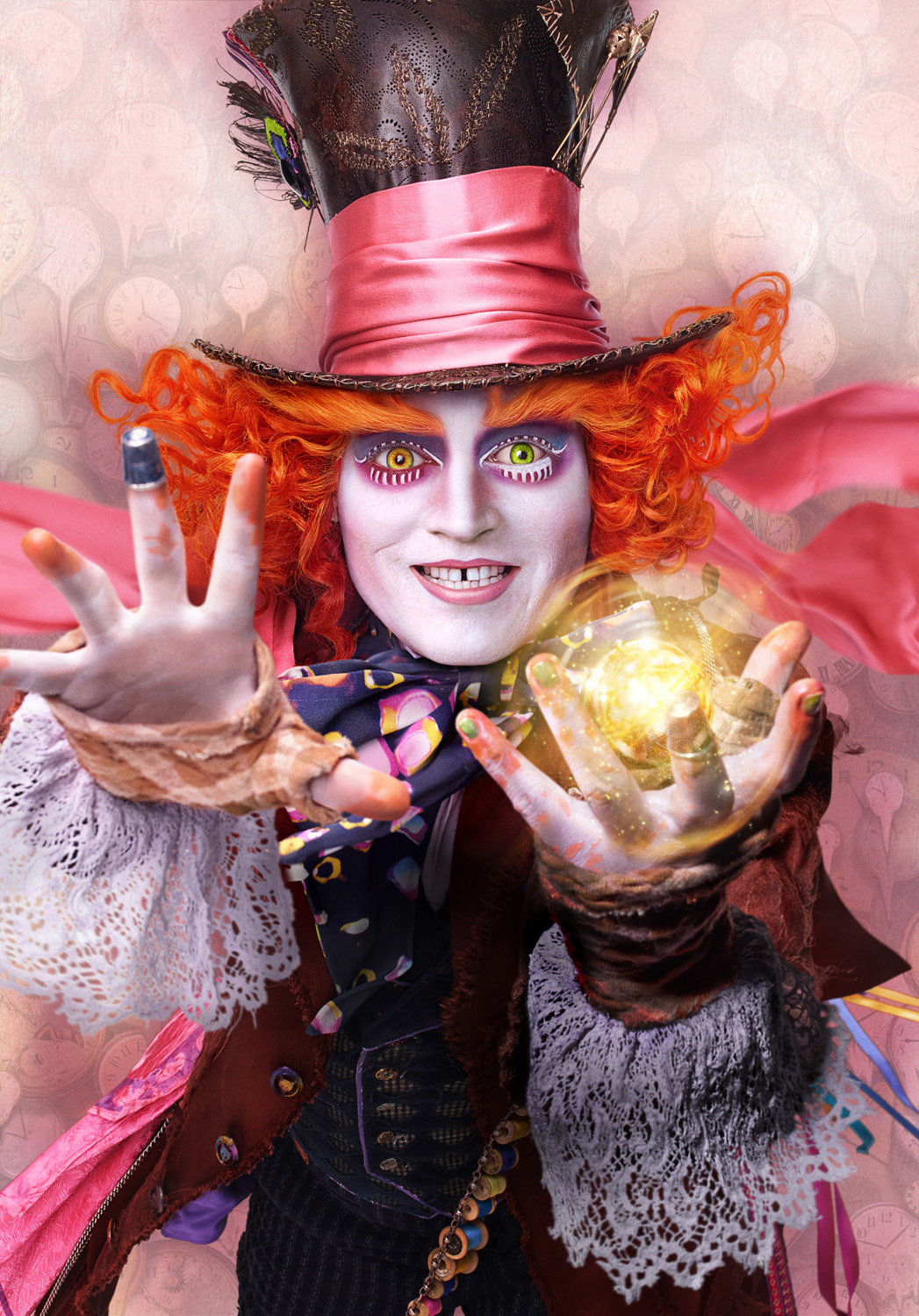 Johnny Depp (the “Pirates of the Caribbean” films) returns as Hatter Tarrant Hightopp, better known as the Mad Hatter, whom Alice finds more mad than usual upon her return to Underland. Desperate to find out what has happened to his family, he is out of his mind with grief when Alice first arrives.
Anne Hathaway (“Les Miserables,” “The Devil Wears Prada”) is back as Mirana, the mild mannered and kind White Queen and beautiful younger sister to the spiteful Red Queen. “One of the things I was excited about exploring in this film was the notion that Mirana is not all that perfect. She has some of her sister’s darkness in her veins but she keeps it very repressed,” says Hathaway. “We learn that while she is still on the good side, there is a lot more going on then we first realized.” 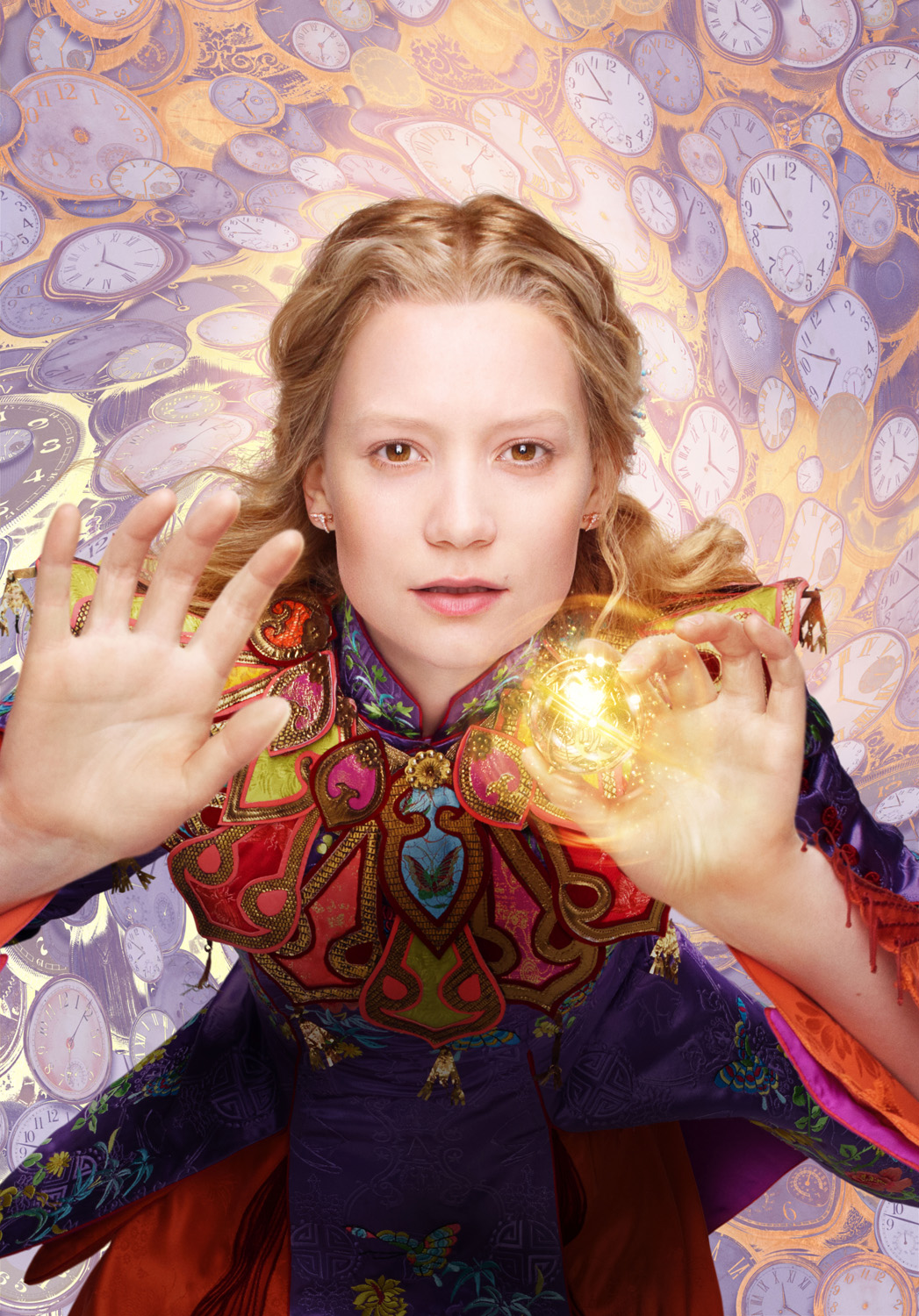 Mia Wasikowska (“Crimson Peak”) is Alice Kingsleigh, the head-strong young woman raised in Victorian London who is a dreamer and a non-conformist. Now on the cusp of adulthood, she continues to struggle with balancing her inherent curiosity and conforming to other people’s expectations. “Alice is a great character because she’s very much her own person, and after returning from her travels where she was captain of her own ship has gained more confidence and is filled with a sense of inspiration and excitement,” says Wasikowska. 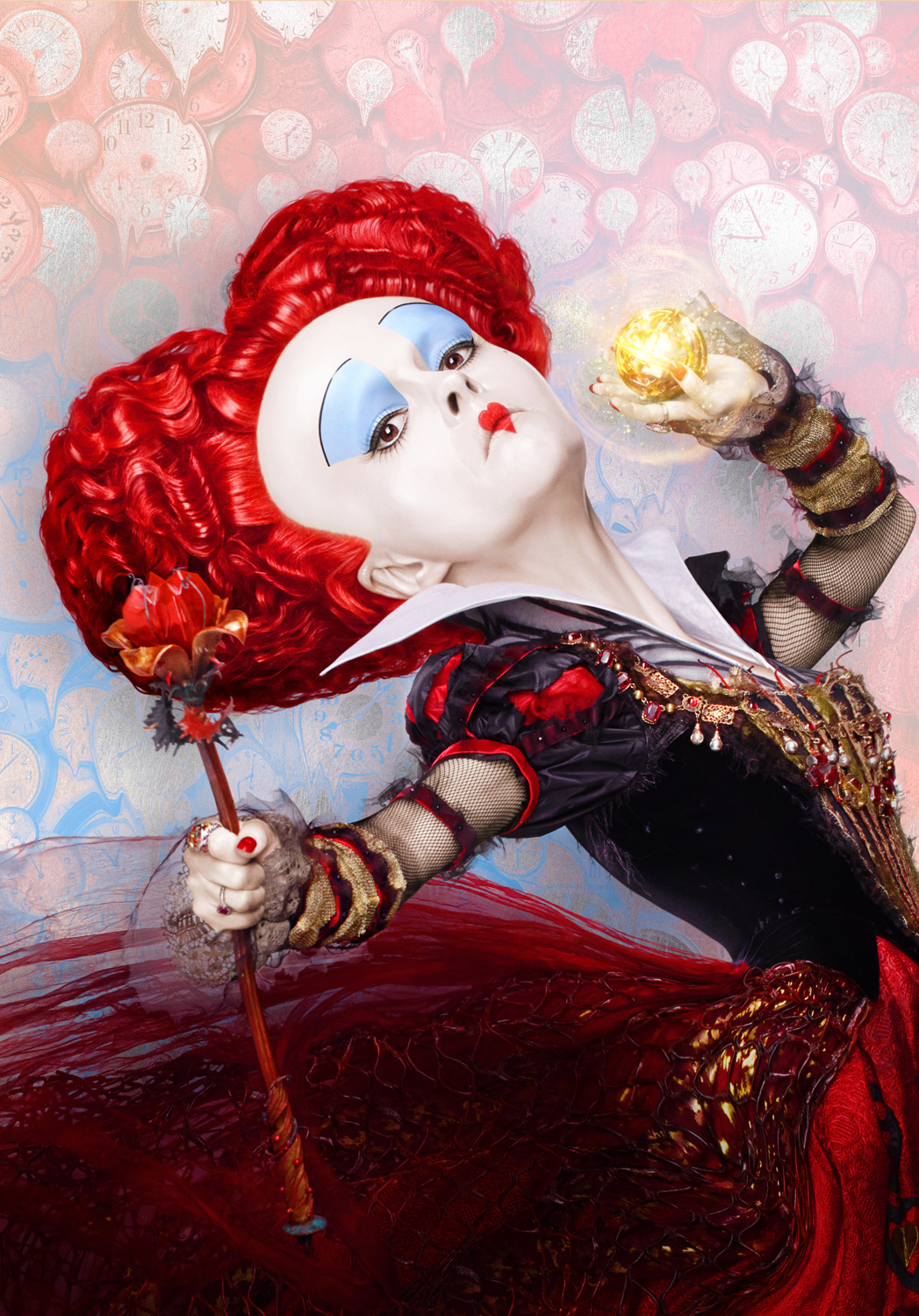 Iracebeth, the short-tempered Red Queen and former monarch of Underland who despises her younger sibling, Mirana, is played once again by Helena Bonham Carter (“Cinderella”) and Matt Lucas (“Paddington”) is back as the voices of Tweedledee and Tweedledum, the tubby twin brothers who are childish and bicker constantly. 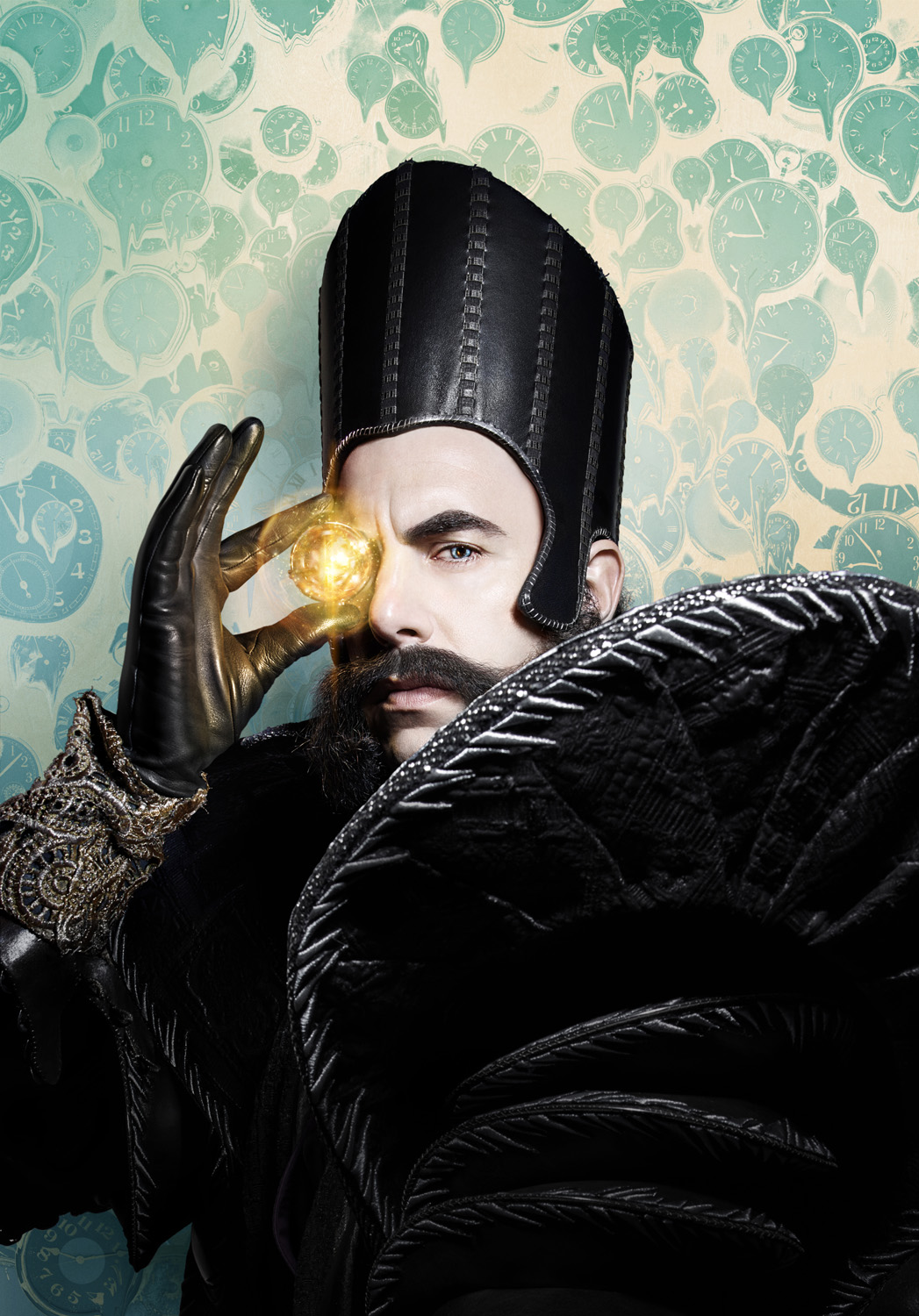 Joining the cast are Rhys Ifans (“The Amzing Spider-Man”) as Zanik Hightopp, the Mad Hatter’s conservative father, who holds his son to impossibly-high standards and Sacha Baron Cohen (“Borat,” “Sweeney Todd: The Demon Barber of Fleet Street”) as the entity Time. 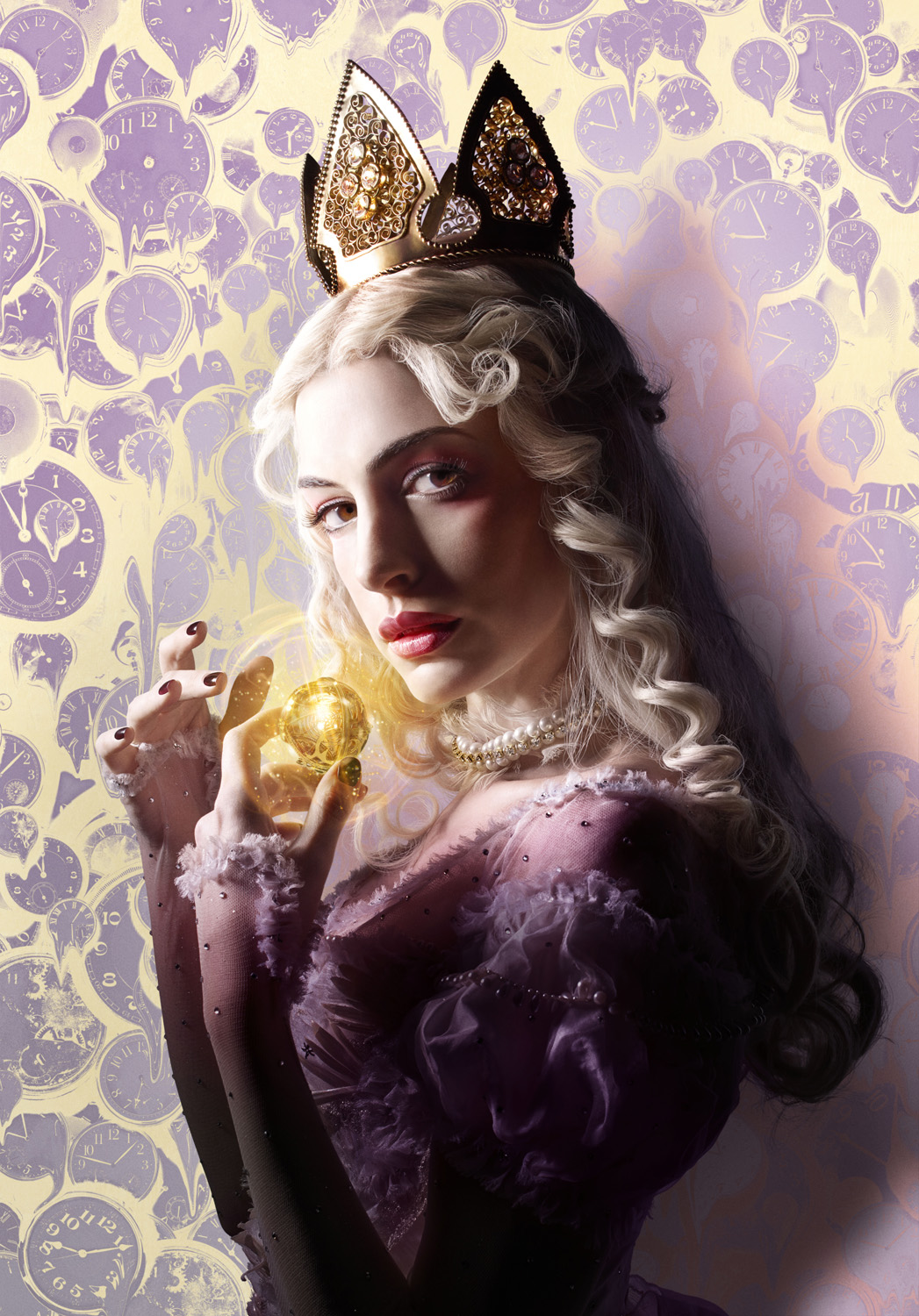 Alan Rickman (the “Harry Potter” films) returns as the voice of Absolem, the former blue caterpillar who is all-knowing and just a little pompous. Stephen Fry (“The Hobbit: The Desolation of Smaug”) once again provides the voice of Chessur, the Cheshire Cat, the cunning feline who is prone to grinning and disappearing. Michael Sheen (“The Twilight Saga: Breaking Dawn—Part 2”) is back as the voice of McTwisp, the White Rabbit, who continues to be preoccupied with punctuality.
Timothy Spall (“Mr. Turner”) once again provides the voice of Bayard, the giant bloodhound who previously served under the Red Queen but is now an ally to Alice and her friends. Barbara Windsor (“East Enders”) returns as the voice of the fiercely loyal Dormouse, Mallymkun. Paul Whitehouse (“Mortdecai”) is back as the voice of Thackery, the anxious and tempermental March Hare who hosts the Hatter’s tea parties. Joining them is Matt Vogel (“Muppets Most Wanted”) as Wilkins, Time’s right-hand man. Wilkins keeps all the clocks in Times’ castle in working order and helps create a make-shift time machine to chase Alicea cross the ocean of time.