Following a near apocalyptic zombie outbreak in “Generation Z” (aka “The ReZort”), humans now have the upper hand and life has returned to relative normality with only an occasional reminder or mention of recent horrific events. Most people wouldn’t even blink at seeing a zombie now. They know how to handle them. It’s no big deal because humans fought and won the battle and are in control again.

“Generation Z” brings the latest craze in this post zombie-outbreak world is the Zombie Safari: it is the newest and coolest thing in adventure holidays – a chance to go out and shoot the undead in the wild. The ultimate test in action and adventure, the ultimate blood sport and, to many, the ultimate in therapeutic revenge. But unbeknownst to most that go on Zafari, the park is a highly controlled and monitored environment; a maze of concealed security cameras, restraints and barriers. The eyes and ears of trained security personnel are on the guests – and the zombies 24/7, always ensuring a safe shooting distance between the living and the zombies. Nothing is left to chance. Nothing is unplanned. 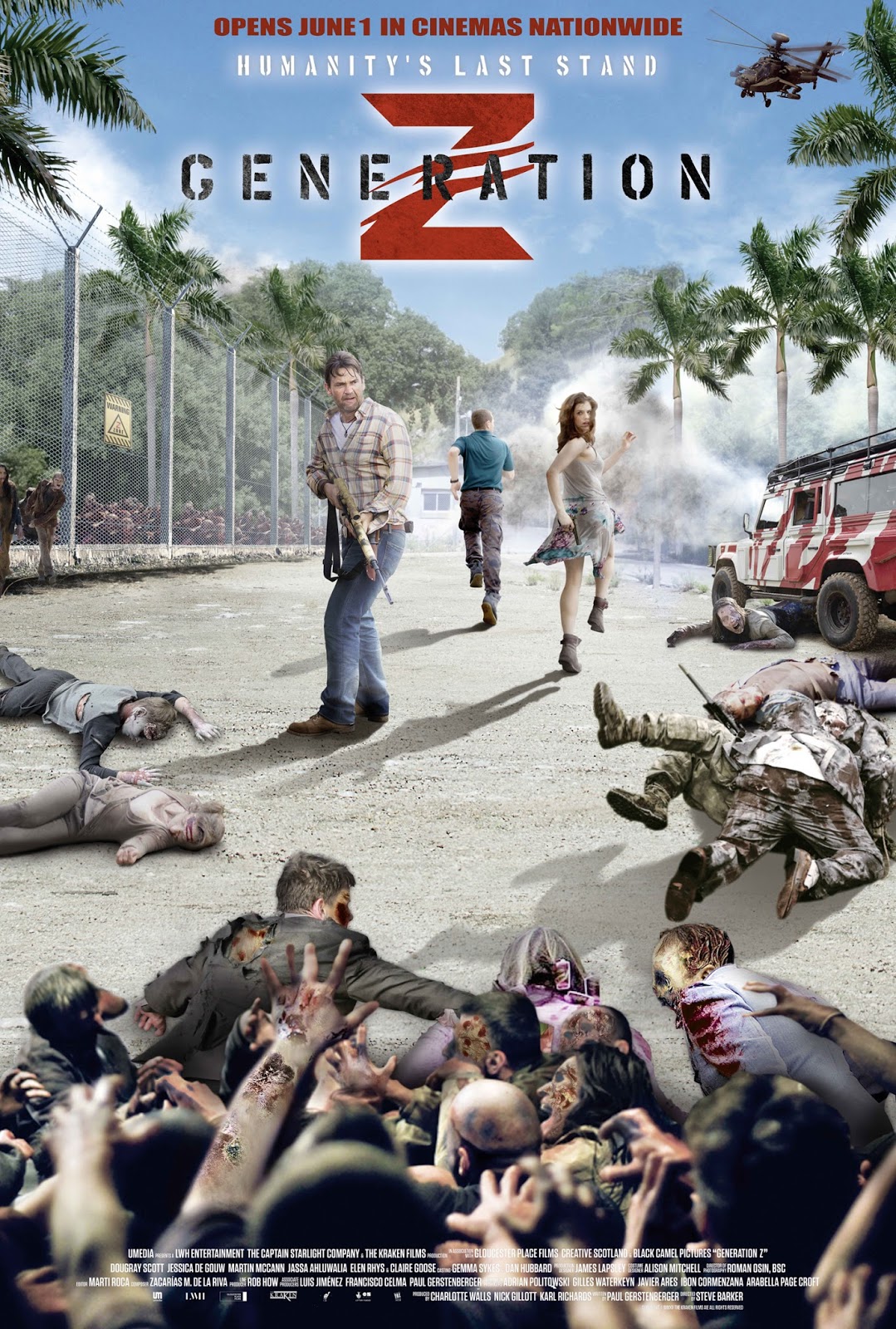 The zombie movie genre is a popular one, with examples ranging across the decades from George A. Romero’s Dawn of the Dead and Day of the Dead to the TV phenomenon The Walking Dead as well as more comedic interpretations like Life after Beth and parodies like Shaun of the Dead. However, screenwriter Paul Gerstenberger was inspired to do a film with a new take on the genre, setting the story in a world after the humans have won the war against the zombie apocalypse and exploring how humanity would recover after such a huge percentage of the population has been wiped out. Gerstenberger relates this to the years after World War II, where there was a generation who had lived through one of the most violent periods in human history with the irrecoverable aftermath on culture and the individual, juxtaposed with a younger generation born after the War, with no understanding of that reality or the lessons it held for society. According to Gerstenberger, the film explores the repetitive and cyclical nature of “man’s hubris. “We get overconfident, we ignore the risks and we get our comeuppance. And humanity is doomed to continuously repeat.” 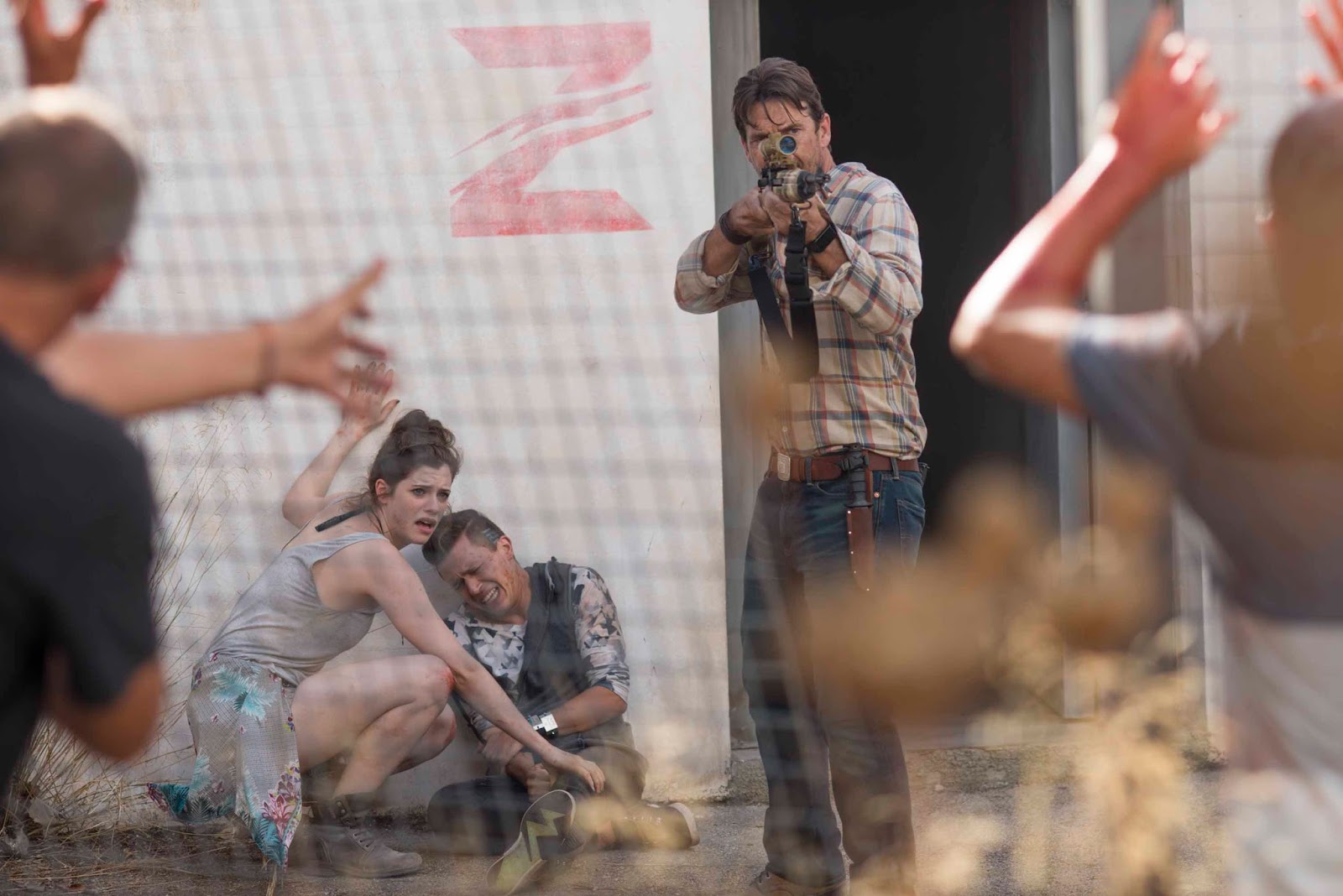 Dougray Scott, who plays Archer in the film, says “It reminds me of one of those old Cowboy movies. So if we get it right, hopefully it will appeal to a wide audience”. Further, Scott describes his role as “a lone wolf, sort of the archetypal cowboy. He’s a very mysterious character who you don’t know why he’s there other than he’s good at shooting”. Unlike the “posh business men and screaming kids” populating the park around him, Archer goes on the zombie safaris to “let off steam” and so when the residents are unleashed, it falls to Archer to protect the group as more and more of his own story is revealed over the course of the film. He is also the first of the group to be aware that something has gone awry and that there might be a more sinister cause.

For Gerstenberger, Scott was the ideal Archer, “When people would ask who would be good for Archer, I had always imagined [he] would be perfect…. He’s one of those actors who can tell a story with his face, his eyes or an expression”.