ReZirb
Home Entertainment “Me Before You” Gets Support from Stellar, Reliable Cast

Lending creative and emotional support to the lead stars of New Line Cinema’s “Me Before You” are three actors: one on the verge of stardom, two are established stars on their own right. They are Stephen Peacocke (“Hercules”), Charles Dance (HBO’s “Game of Thrones”) and Janet McTeer (“Insurgent”).

“Me Before You” is based on the critically acclaimed, bestselling novel by Jojo Moyes. The story revolves around Will Traynor (Sam Claflin) whose world, at one time, was all-encompassing; he lived a “no limits” lifestyle. Now, two years on, we find him utterly confined. Betrayed by his own body due to a spinal cord injury, he resides at his parents’ countryside home. Lou (Emilia Clarke), on the other hand, has rarely stepped outside this little town, and even stepping into the grand Traynor estate—the “castle,” as it’s called by the locals—is foreign to her. Yet they meet, whether by chance or by fate. 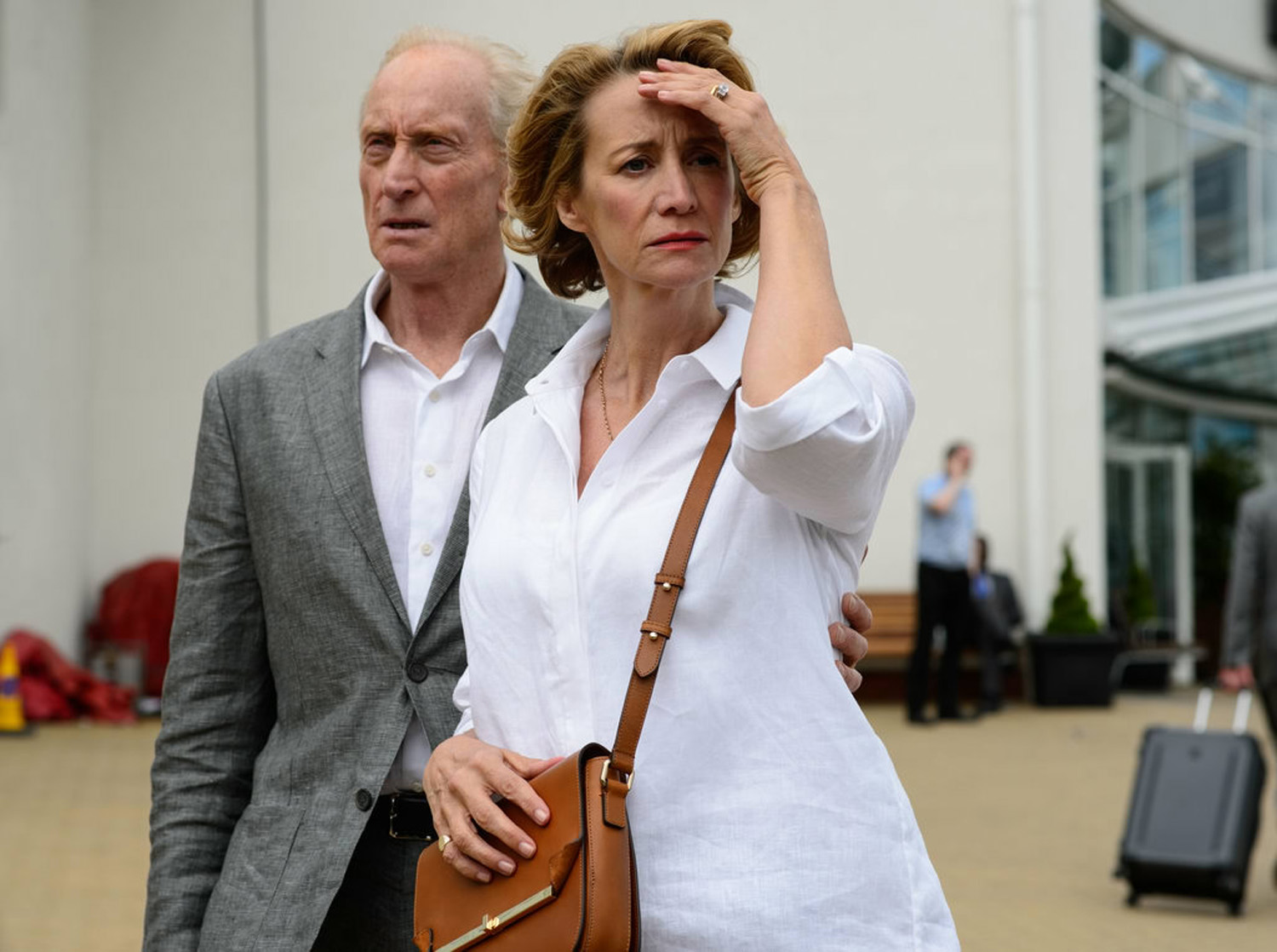 Though Will was very social at one time, the only mainstay in his life when Lou comes along, apart from his parents, is his nurse/occupational therapist, Nathan. Amidst a solidly British cast, Aussie actor Stephen Peacocke plays the role.

“Nathan functions as Will’s carer, or occupational therapist, or nurse, whatever you want to call it,” Peacocke offers. “But in the scheme of things, he’s probably been with Will the longest out of just about anyone since his accident, and they’ve got a kind of friendship as well. At the end of the day, Nathan’s the bloke that Will can talk to about things.”

To aid both Peacocke and Claflin in preparing for their characters’ interactions, Peacocke says, “We had some lovely occupational therapists come in to help us. Someone in Will’s condition can do virtually nothing for himself; the little things we take for granted like scratching your nose, stretching, getting in and out of the chair, are things that Nathan has to do for Will, so there’s a lot of trust that exists between the two lads. The great thing about the script was that, wherever possible, there was a bit of humor in the way these two fellows work together. They can have a joke about things, and Will’s got a pretty sharp wit, so I think Nathan enjoys the experience.” 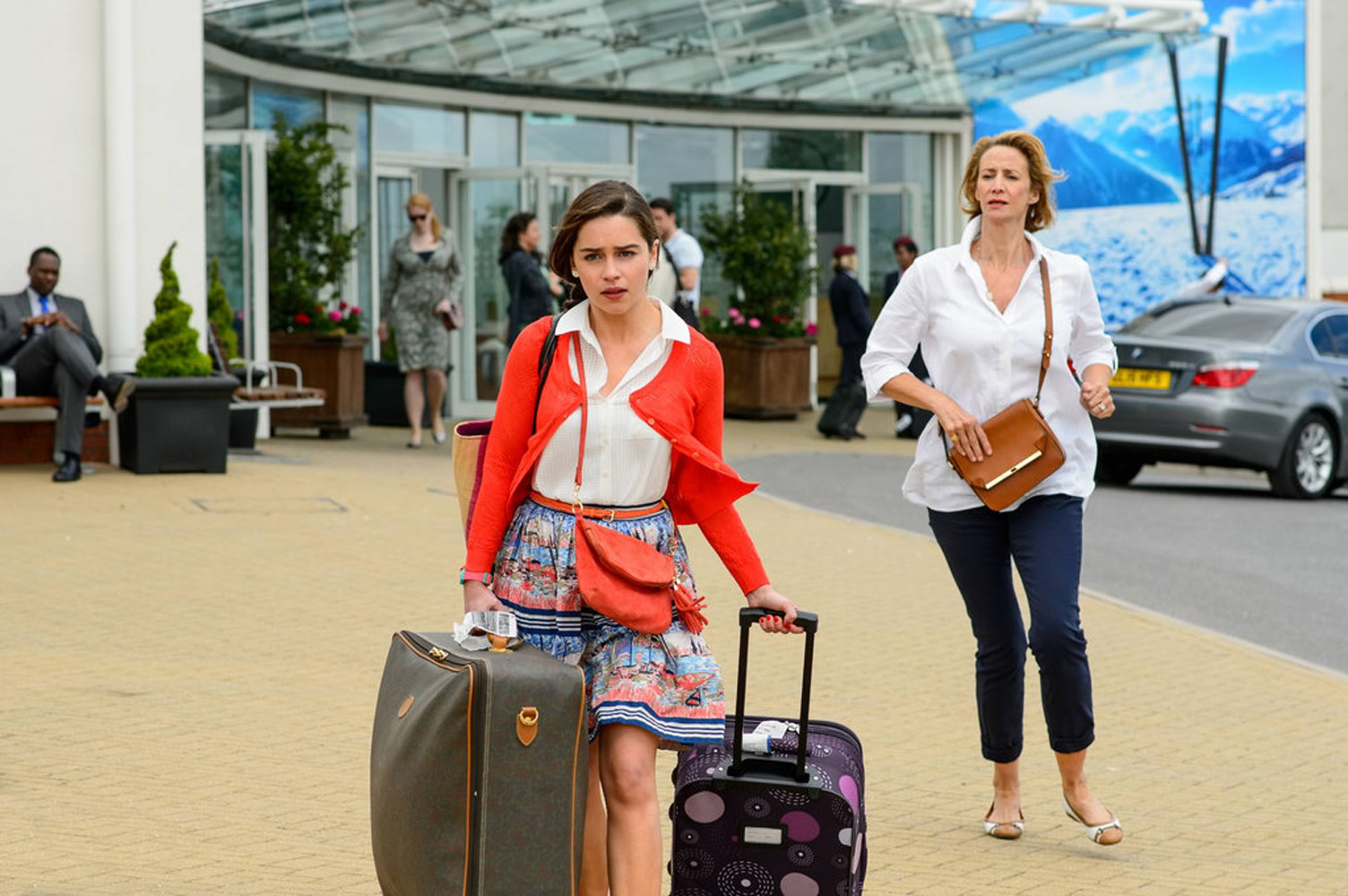 Will’s mother, Camilla Traynor, strives to temper her motherly concern with characteristic English self-control, though she’s still coping emotionally with what happened to her son. His father, Stephen Traynor, primarily wants what any parent wants for their child: to live a life that makes them happy. He simply realizes, better than his wife, that Will may have reached his limit on that score. To play the couple, the filmmakers cast veteran stage and screen actress Janet McTeer and distinguished actor and filmmaker Charles Dance.

“The reason I like the story is that it’s multi-facted,” McTeer says. “It’s not just a love story between these two; it’s also about life and the many things that make that interesting. “It’s also very English in terms of it’s about class and how we can all make assumptions about people based on that.

“It’s a substantial, moving story, but there are a lot of laughs along the way,” says Dance. “When Louisa comes in to this not-so-easy setup, she brings a kind of eccentricity with her; she’s a bit wacky. But she also keeps Camilla’s hopes alive that Will will change his mind. My character, however, is past that point and has accepted what his son wants to do and, as much as he hates the idea, will help him do it.” Director Thea Sharrock says that both actors’ performances “are incredibly moving. They managed to capture the shared pain of what the Traynors must be going through…those moments when a parent realizes that what he or she wants is not necessarily the best thing for the child. That sometimes you have to let them do what they think is the best thing for them,” she concludes.

“Me Before You” is a presentation of New Line Cinema and Metro-Goldwyn-Mayer Pictures (MGM). Set for release across the Philippines on June 15, it will be distributed by Warner Bros. Pictures, a Warner Bros. Entertainment company.