In 1970, demonologists Ed and Lorraine Warren battled a malevolent presence that permeated a remote farmhouse in the US—a case brought to the screen in 2013 in Wan’s hugely successful “The Conjuring.” Then came the most highly publicized case of their careers, Amityville, which would nearly destroy them.

This June, writer/director/producer James Wan seeks to terrify moviegoers once again with his depiction of another highly publicized case involving the real-life horrors experienced by paranormal investigators Ed and Lorraine Warren with “The Conjuring 2.” 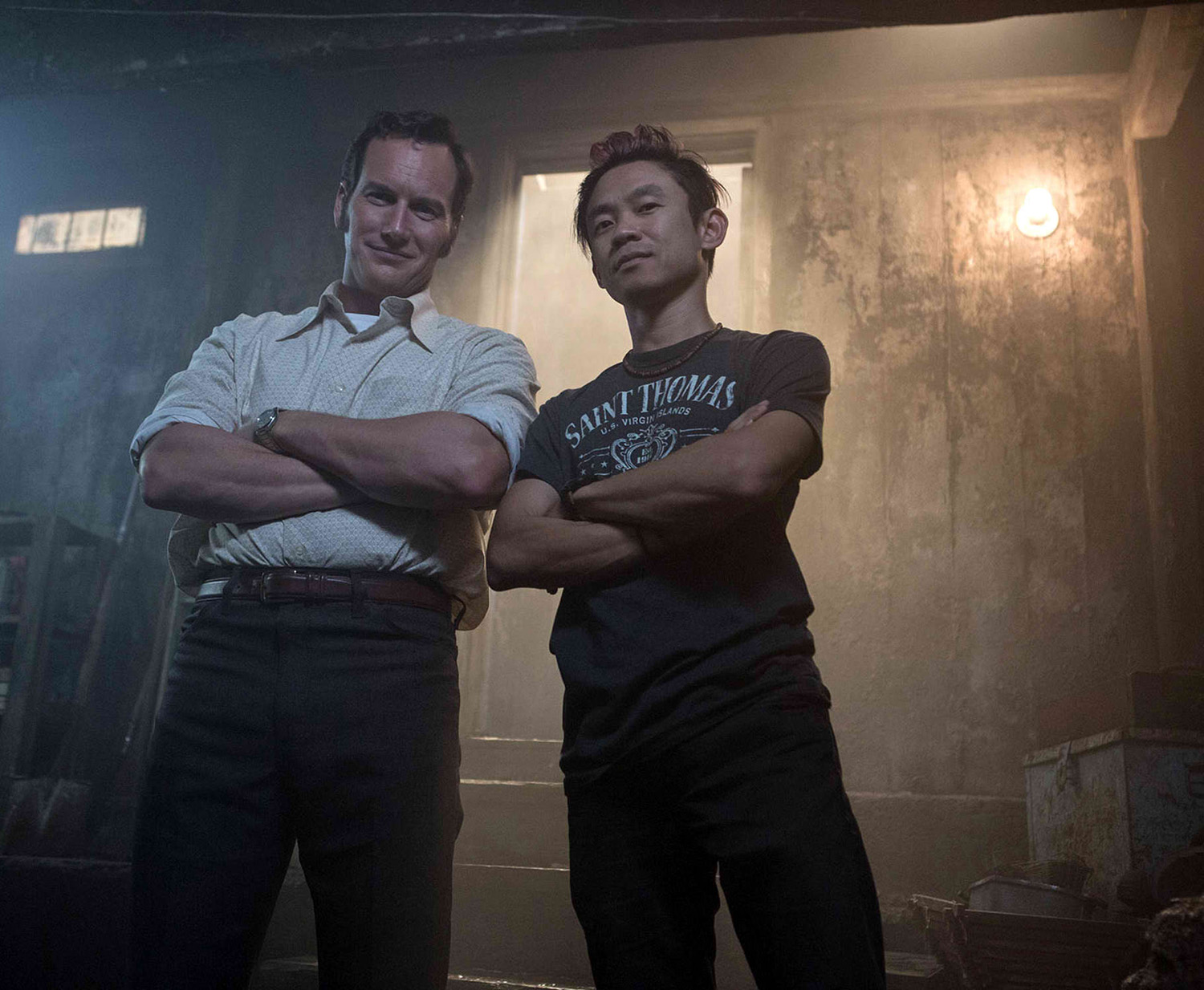 It’s late 1977 when, with the effects of Amityville still haunting them, the Warrens come out of a self-imposed sabbatical and travel to northern London to take on a vile demonic entity that has taken root in the home of the Hodgson family, in the populous borough of Enfield. What is thought by many to be a hoax will become the most documented case in paranormal history.

“Everything Ed and Lorraine have been through since we met them in the first film has been leading up to Enfield,” Wan states. “Out of the repertoire of cases they investigated over their lifetime, Enfield is one of the most compelling…and frightening. It’s also one of the most interesting in that in many ways it is a reflection of the Amityville haunting, so in the film we touch on that as well.”
Returning in their roles as Lorraine and Ed are Vera Farmiga and Patrick Wilson.

Outlining the contrast from the first film, Wan says, “‘The Conjuring’ geography was intimate, a farmhouse in the middle of nowhere, and this one takes place in council housing in a big city, so the neighbors are close by, there’s traffic. Just by the nature of the setting the people around it are more exposed to what’s happening in this house.”

But perhaps the most frightening peculiarity seen in “The Conjuring 2” is that this time, the family aren’t the only ones the possessing entity focuses on…whatever it is, it attacks the Warrens directly, too, causing both Ed and Lorraine to fear for each other as well as for the Hodgsons. 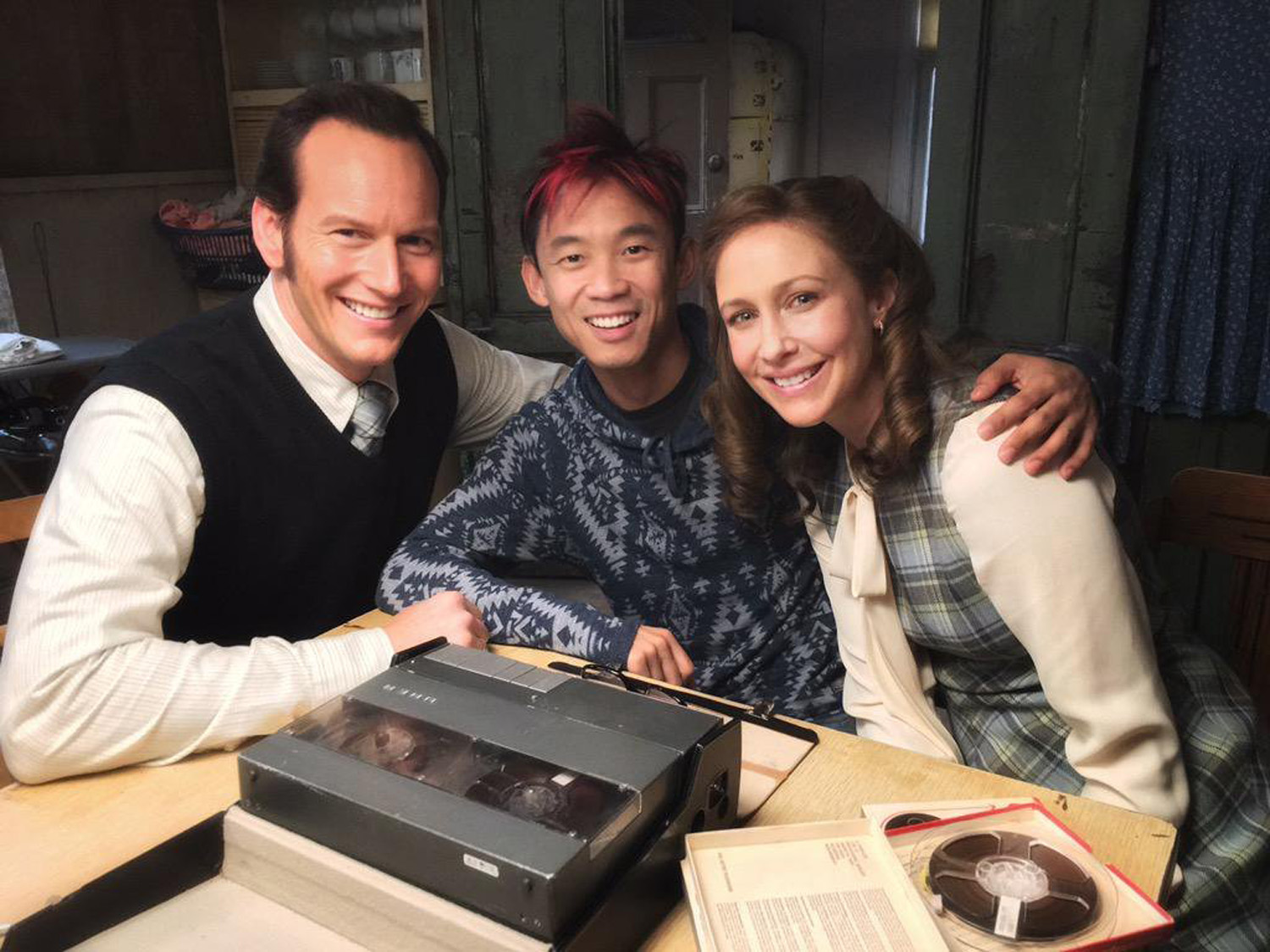 To adapt the numerous real-life events for the big screen, Wan worked alongside writers Chad and Carey Hayes, who wrote “The Conjuring” and were keen to revisit the Warrens’ world once again, and screenwriter David Leslie Johnson.

“This was the first time I’ve ever worked on a script that was based on a true story,” offers Johnson, who had been eager to work with Wan for some time. “I’ve always been a horror fan, but what was really interesting to me was that this was not only true, but there was so much publicity surrounding this case at the time, and so many witnesses. Even the police had filed reports; this wasn’t just one or two people or an isolated family saying what had happened.”

Chad Hayes states, “This was such a powerful story about a real family falling apart. The father’s gone, the mother’s doing everything to make ends meet, and then this happens. Even after all of our research, it’s just…unimaginable…but it’s true.”

“We could see that even with all that Ed and Lorraine went through after Amityville, like being accused of being charlatans,” Carey Hayes observes, “seeing young Janet accused of that as well gave Lorraine something to identify with and Ed something to defend, beyond their usual compassion for families having these kinds of troubles.”

All these years later, Lorraine Warren still vividly recalls the fear she felt immediately upon arrival at the Hodgsons’ home and on first glimpsing the peril the family was experiencing. “I could see the girls were in two beds. Then they levitated, they crisscrossed in the air, and the girls screamed. I knew I needed to help them.”

Opening across the Philippines on June 09, 2016, “The Conjuring 2” is a New Line Cinema presentation and will be distributed by Warner Bros. Pictures.