“Finding Nemo’s” Dory, Marlin and Nemo embark on a new adventure—this time to the California coastline—on an uncertain search for the family Dory thinks she left behind, in Disney-Pixar’s “Finding Dory.”

Their journey leads them to the Marine Life Institute, where they meet a diverse array of sea creatures. “It really is a whole new chapter this time,” says director Andrew Stanton. Meet the line-up below! 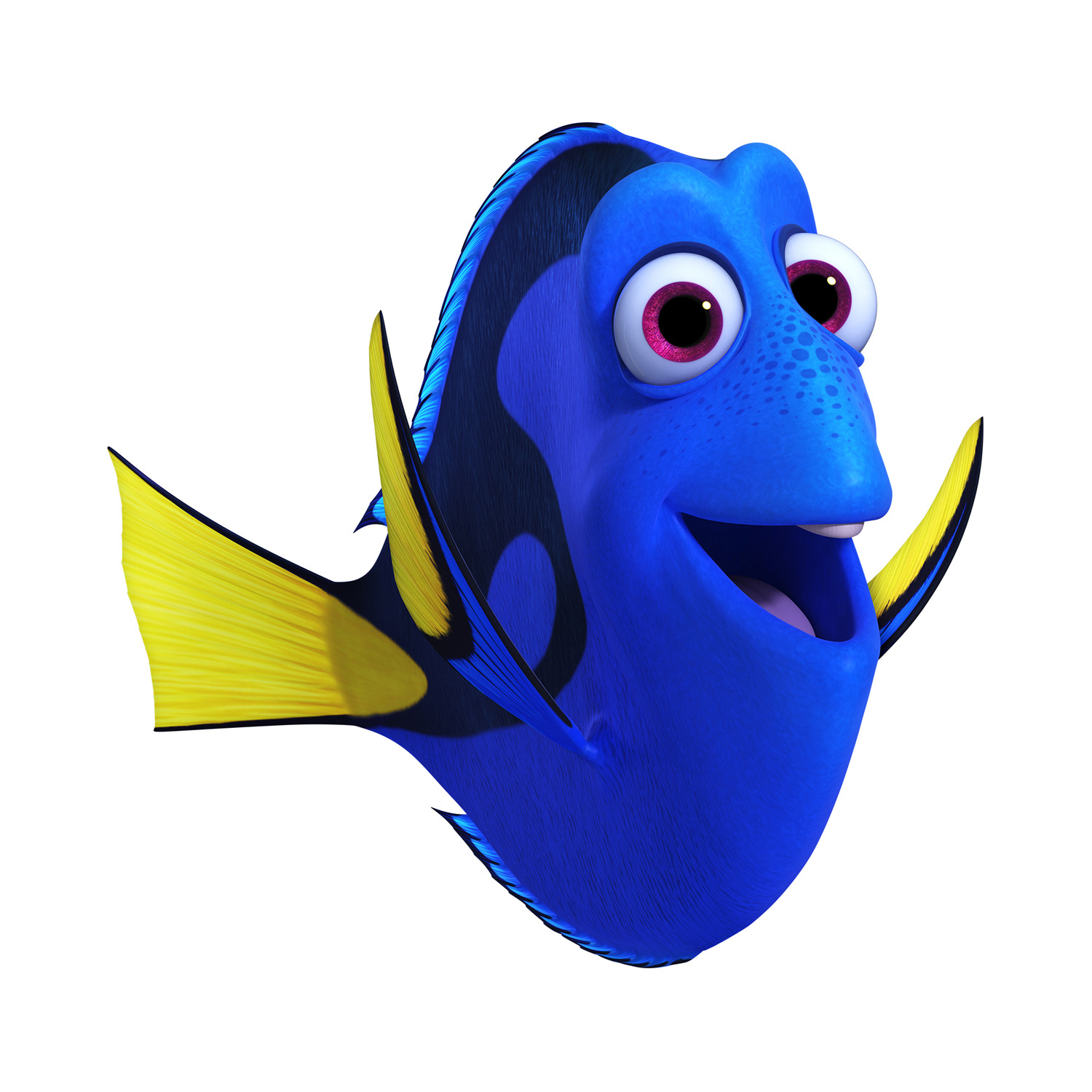 Dory is a bright blue tang with a sunny personality. She suffers from short-term memory loss, which normally doesn’t upset her upbeat attitude—until she realizes she’s forgotten something big: her family. She’s found a new family in Marlin and Nemo, but she’s haunted by the belief that someone out there is looking for her. Dory may have trouble recalling exactly what—or who—she’s searching for, but she won’t give up until she uncovers her past and discovers something else along the way: self-acceptance.

Marlin may have traveled across the ocean once, but that doesn’t mean he wants to do it again. So he doesn’t exactly jump at the opportunity to accompany Dory on a mission to the California coast to track down her family. Marlin, of course, knows how it feels to lose family, and it was Dory who helped him find Nemo not so long ago. The clownfish may not be funny, but he’s loyal—he realizes he has no choice but to pack up his nervous energy and skepticism and embark on yet another adventure, this time to help his friend. 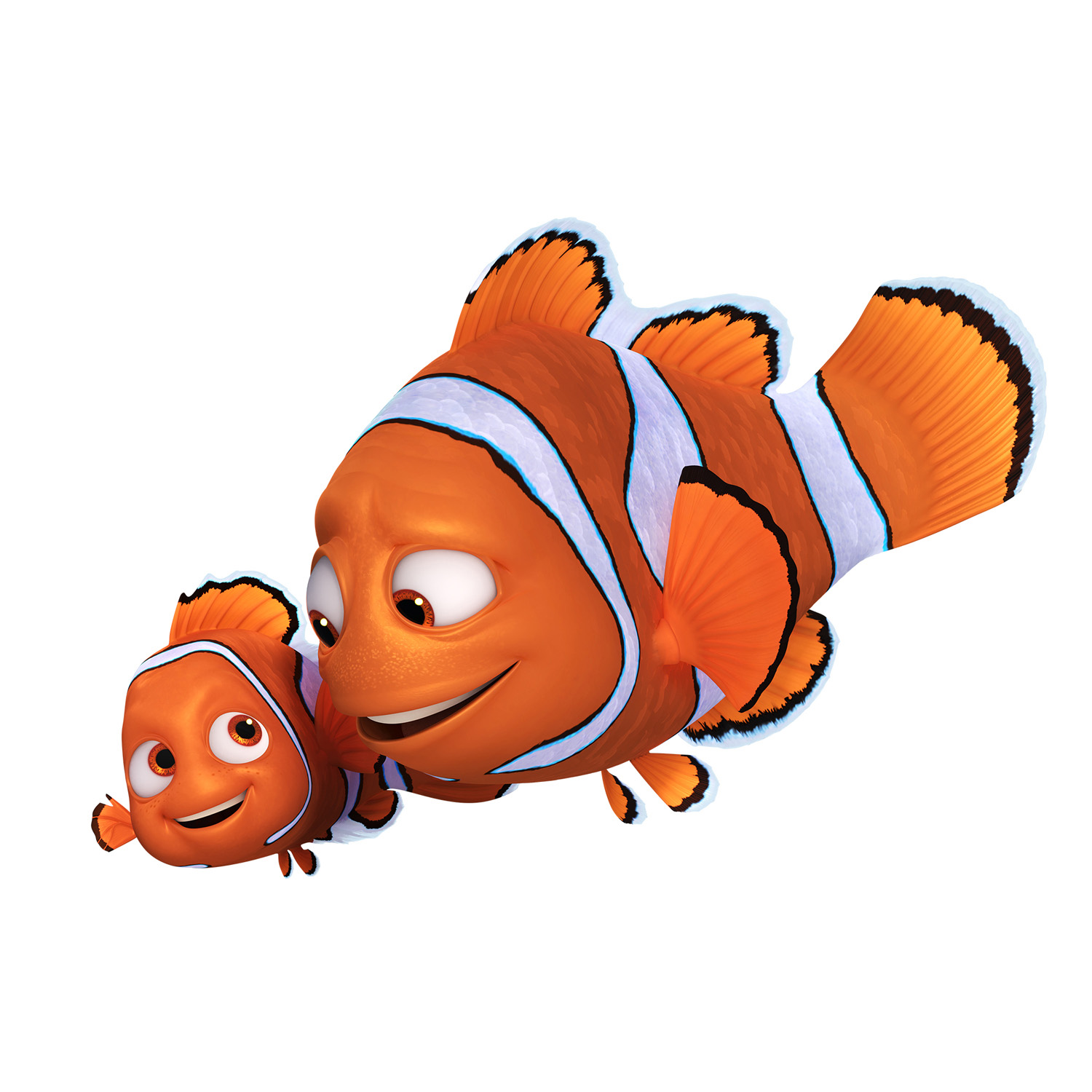 One year after his big overseas adventure, Nemo is back to being a normal kid: going to school and living on the coral reef with his dad and their blue tang neighbor, Dory. His harrowing adventure abroad doesn’t seem to have sapped his spirit. In fact, when Dory remembers pieces of her past and longs to take off on an ambitious ocean trek to find her family, Nemo is the first to offer his help. He may be a young clownfish with a lucky fin, but Nemo wholeheartedly believes in Dory. After all, he understands what it’s like to be different. 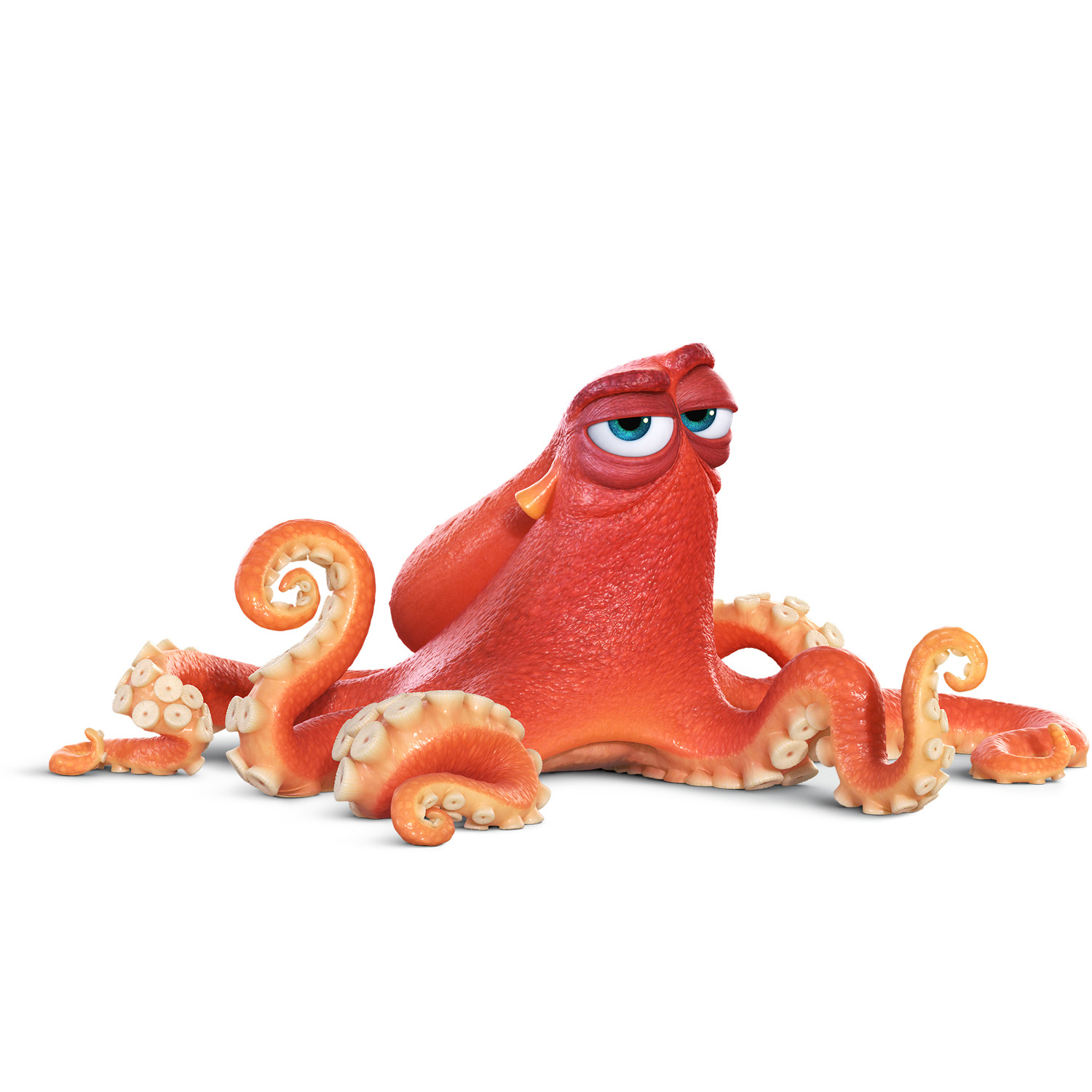 Hank is an octopus. Actually, he’s a “septopus”: he lost a tentacle—along with his sense of humor—somewhere along the way. But Hank is just as competent as his eight-armed peers. An accomplished escape artist with camouflaging capabilities to boot, Hank is the first to greet Dory when she finds herself in the Marine Life Institute. But make no mistake: he’s not looking for a friend. Hank is after one thing—a ticket on a transport truck to a cozy Cleveland facility where he’ll be able to enjoy a peaceful life of solitude. 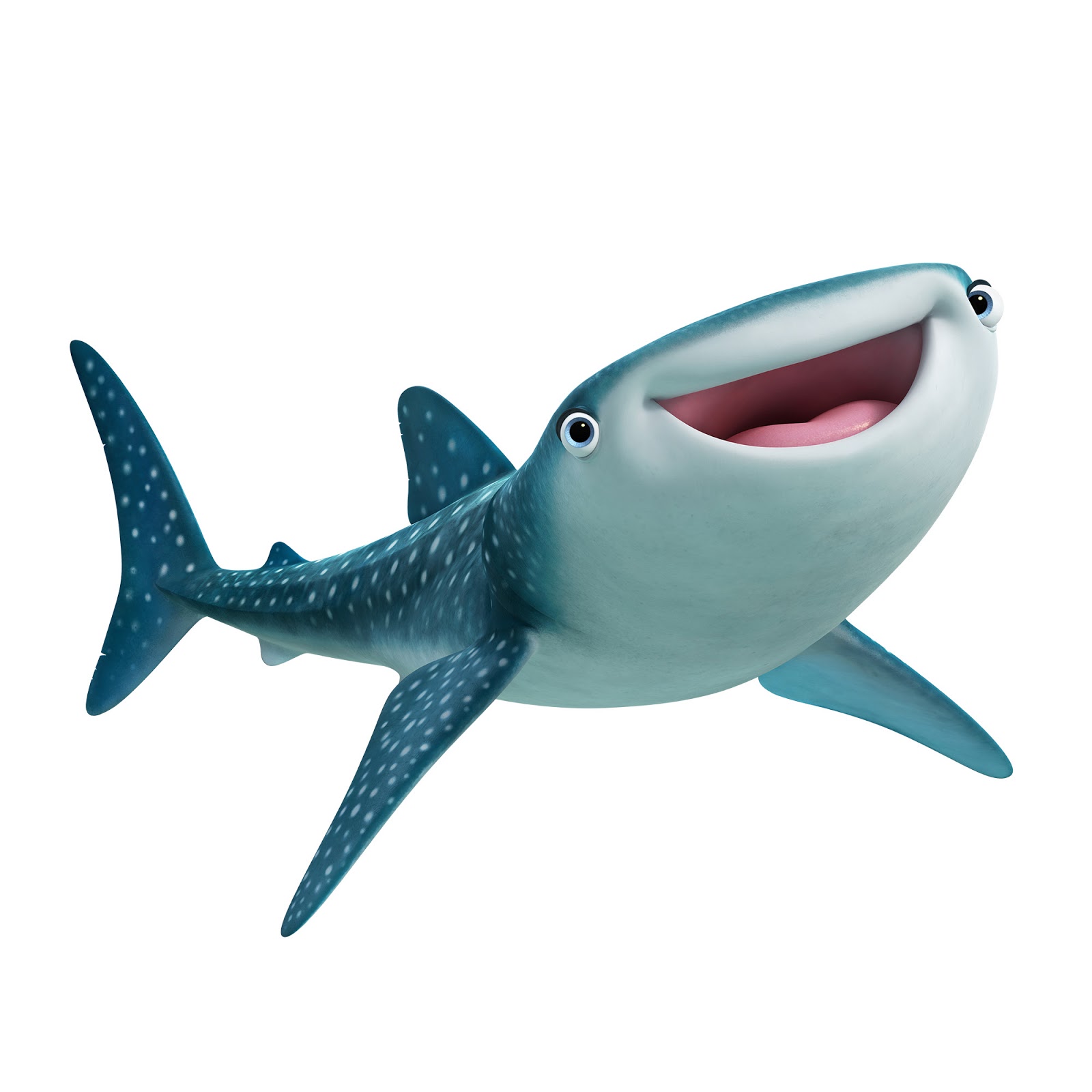 Destiny may be a clumsy swimmer, but she has a big heart. She has a big everything, actually—whale sharks are the biggest fish in the sea. Destiny resides in the Marine Life Institute, where one day an oddly familiar blue tang named Dory falls into her pool. Destiny is admittedly embarrassed by her obvious lack of grace, a product of poor eyesight, but Dory thinks she swims beautifully. And Dory is delighted to learn that her supersized friend speaks whale, too. 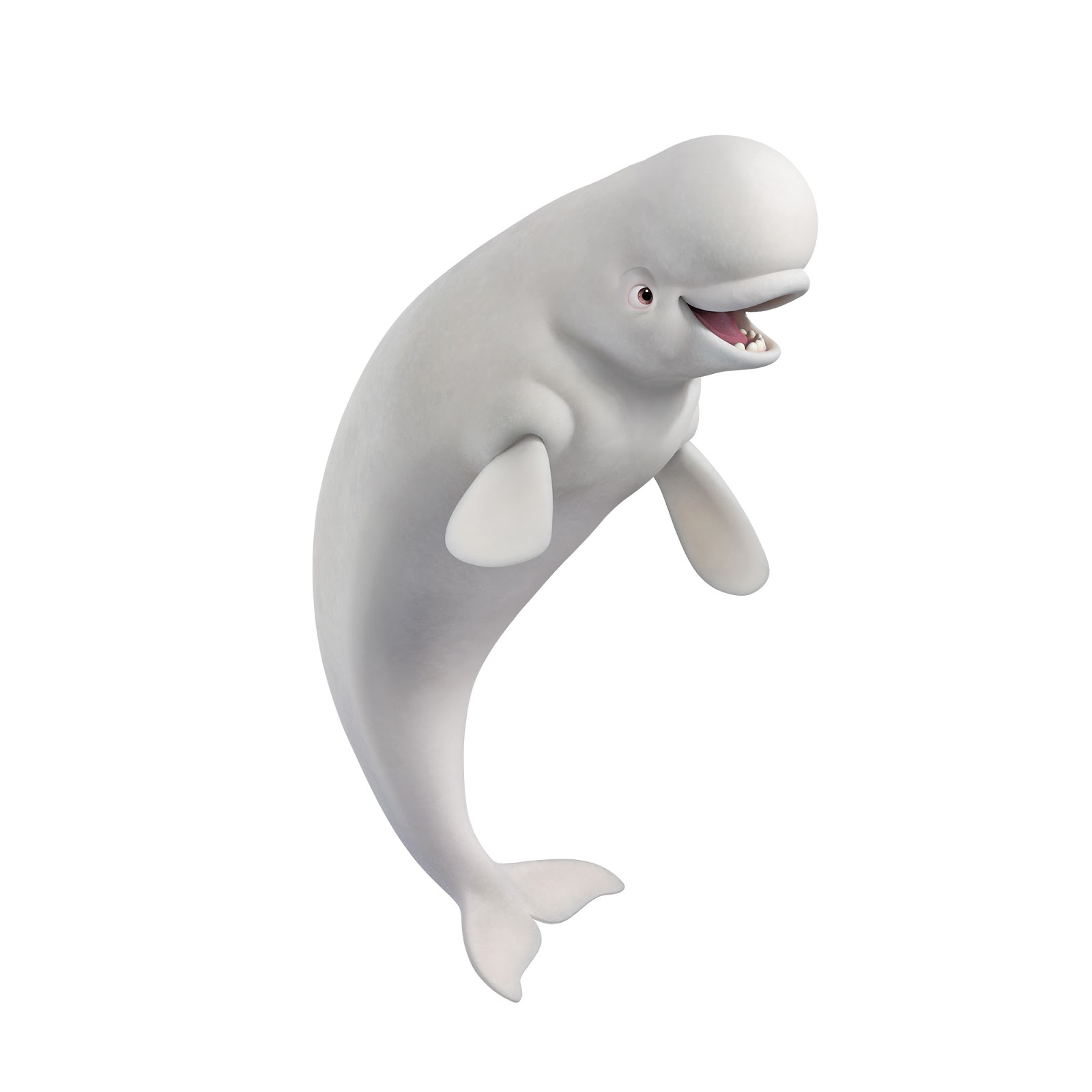 Bailey is the Marine Life Institute’s resident beluga whale who is convinced his biological sonar skills are on the fritz. The good news—or bad news, depending on who you ask—is that doctors at the MLI can’t seem to find anything wrong with him. Bailey’s flair for the dramatic never ceases to push his neighbor’s buttons: whale shark Destiny can’t seem to get through to him, no matter how hard she tries. Maybe he’ll listen to new friend Dory, who seems to be full of crazy ideas. Jenny and Charlie would do anything for their only child, Dory. They celebrate and protect her, striving to arm her with the skills she’ll need to navigate the world with a faulty memory. Jenny may appear cheerful and a little flighty—but she’s a protective mother and a smart role model. Charlie likes to joke around, but nothing is more important to him than teaching his memory-challenged daughter how to survive.