The US and international voice actors of Columbia Pictures’ new comedy adventure “The Angry Birds Movie” held a photo call on the eve of the 69th Festival du Cannes opening as a tribute to the famed film festival.

The event featured actor Josh Gad (“Chuck”) from the original English-language version of the film, as well as Omar Sy (“Red”) from the French version, along with dancing costume characters depicting the birds and the pigs from the film. 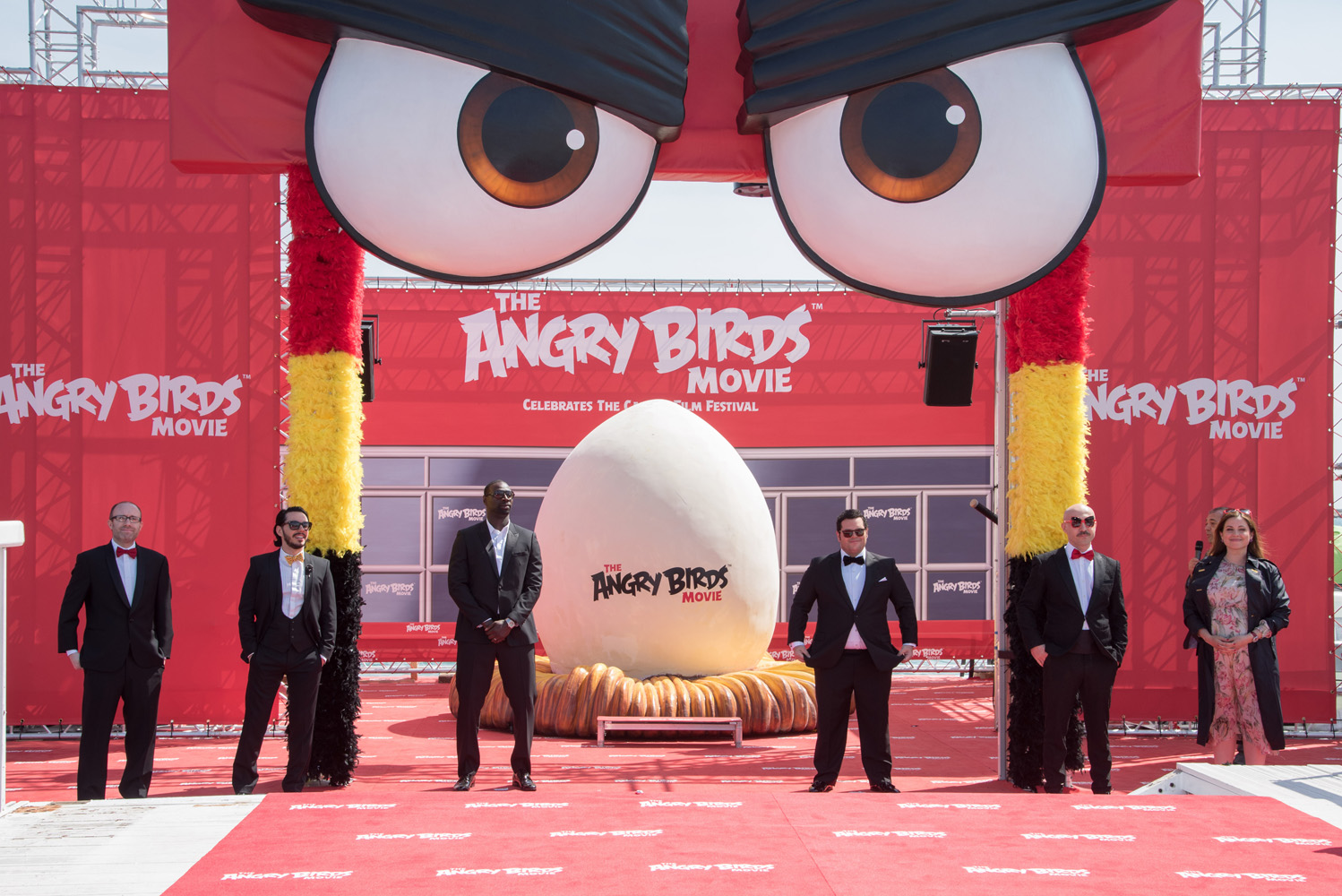 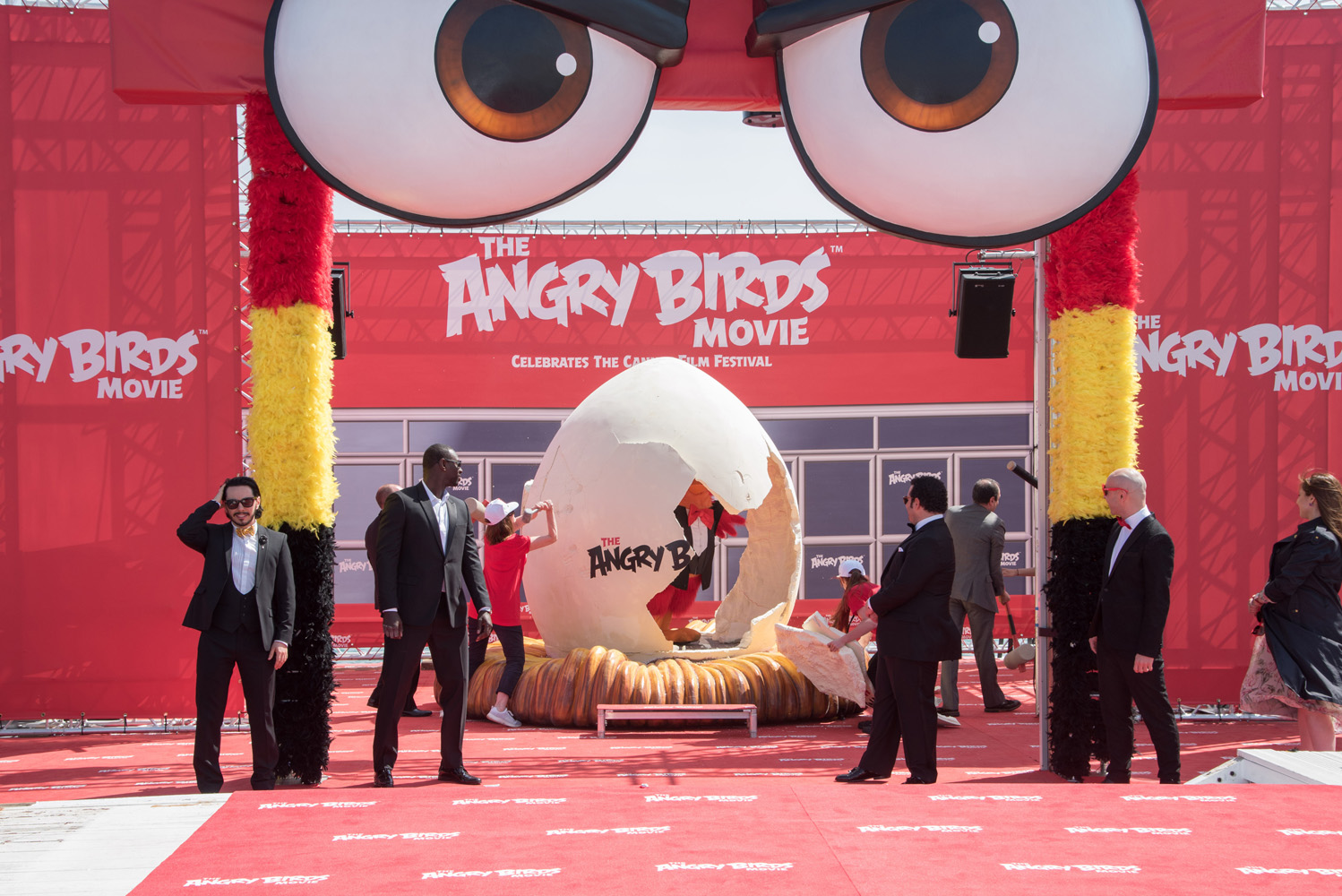 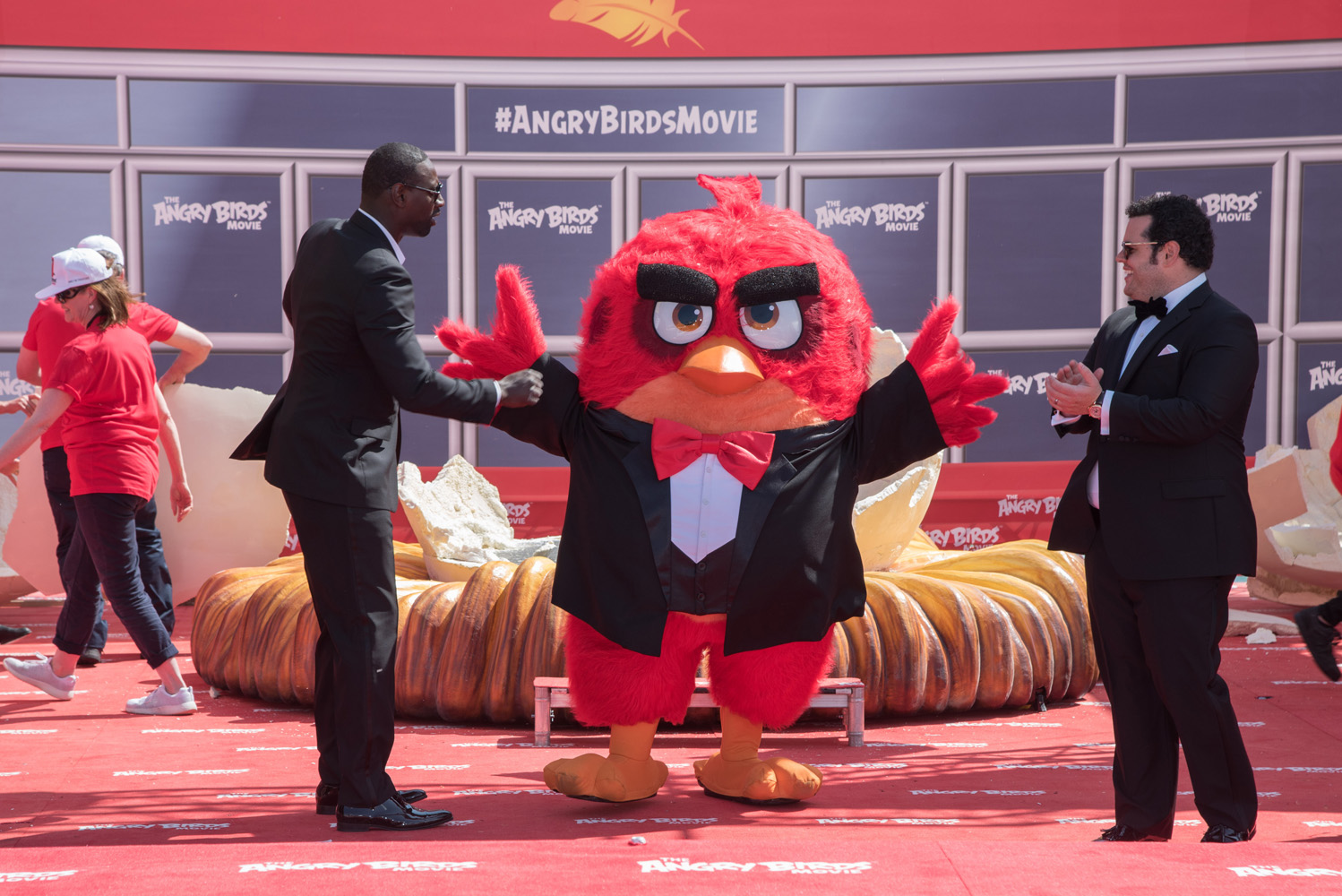 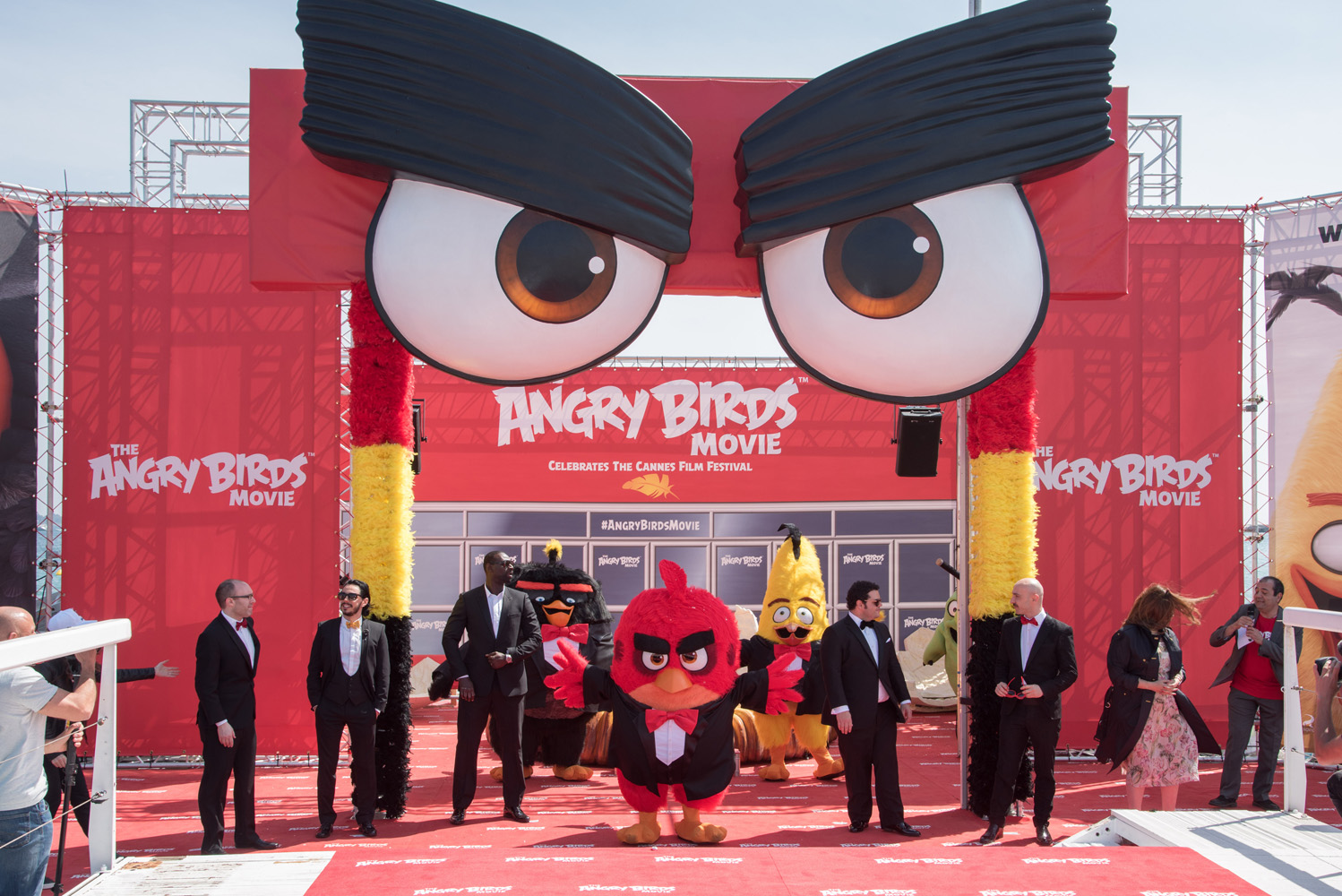 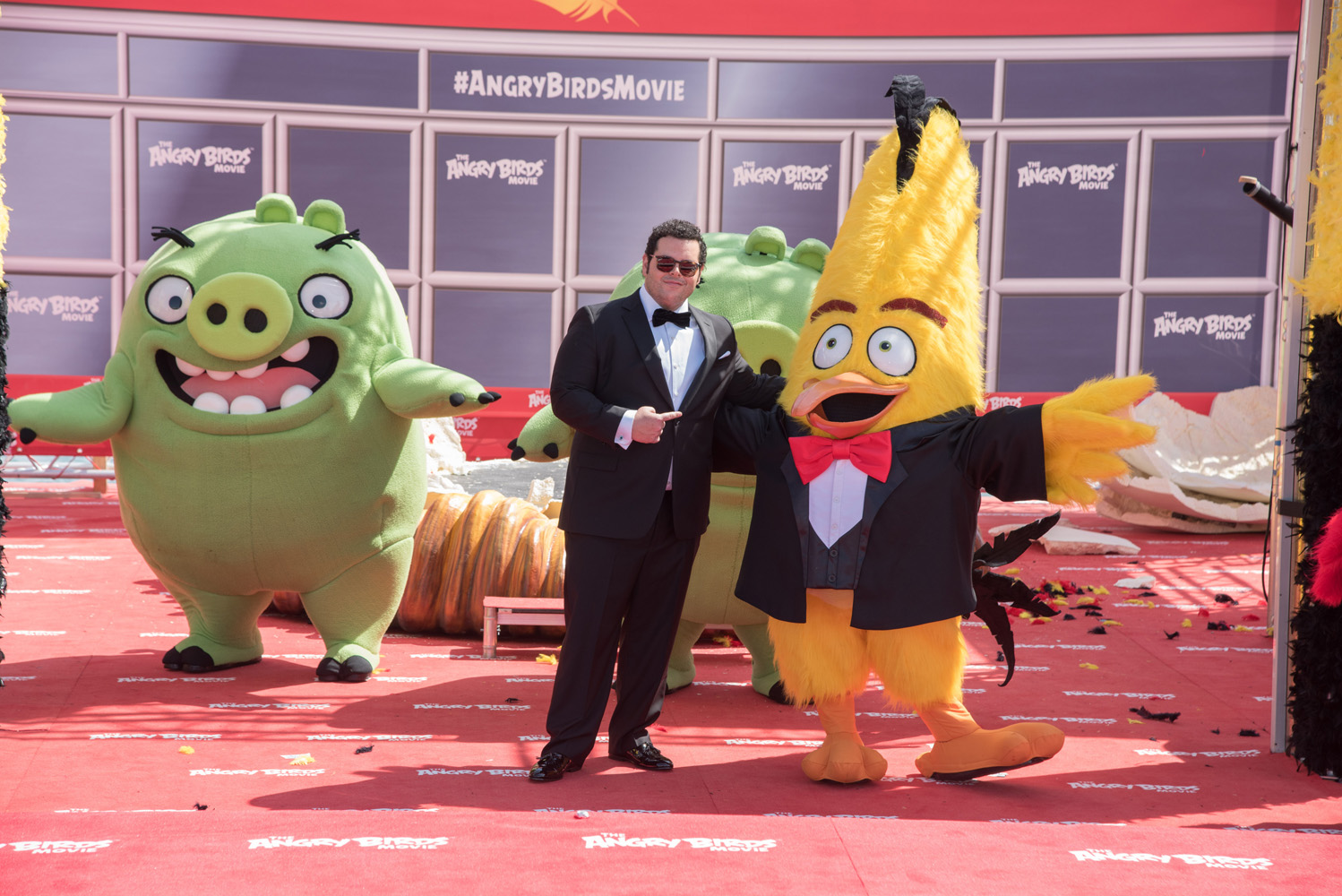 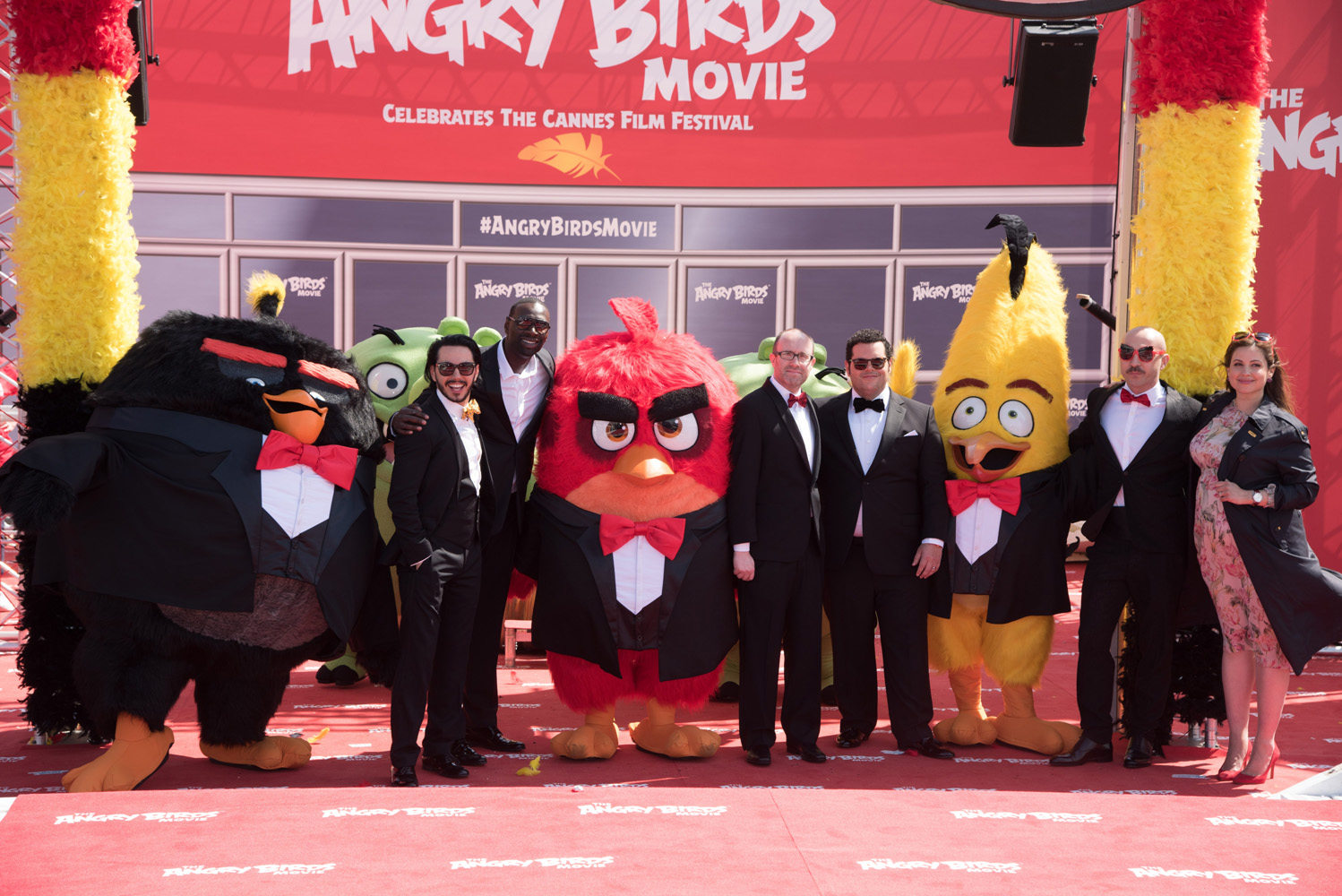 The movie takes us to an island populated entirely by happy, flightless birds – or almost entirely. In this paradise, Red (Jason Sudeikis), a bird with a temper problem, speedy Chuck (Josh Gad), and the volatile Bomb (Danny McBride) have always been outsiders. But when the island is visited by mysterious green piggies, it’s up to these unlikely outcasts to figure out what the pigs are up to.
Featuring a hilarious, all-star voice cast that includes Bill Hader, Maya Rudolph and Peter Dinklage, as well as Keegan-Michael Key, Kate McKinnon, Tony Hale, Ike Barinholtz, Hannibal Buress, Jillian Bell, Danielle Brooks, Latin music sensation Romeo Santos, and YouTube stars Smosh (Ian Hecox and Anthony Padilla), the Columbia Pictures/Rovio Entertainment film is directed by Fergal Reilly and Clay Kaytis, produced by John Cohen and Catherine Winder, screenplay by Jon Vitti, and executive produced by Mikael Hed and David Maisel.