Fresh from a universally acclaimed turn as Furiosa in the Oscar-winning “Mad Max: Fury Road,” Charlize Theron is back with vengeance as Snow White’s ex-tormentor Queen Ravenna in Universal Pictures’ fantasy adventure “The Huntsman: Winter’s War.”

In the film, evil Queen Ravenna betrays her good sister Freya (Emily Blunt) with an unforgivable act, freezing Freya’s heart to love and unleashing in her an icy power she never knew she possessed. Retreating to a kingdom far to the north, Freya raises an army of Huntsmen as her protectors, with the only rule that no two of them should ever fall in love.

As a war for domination escalates between the two queens, the hero standing between good and evil is Freya’s most elite Huntsman, Eric (Chris Hemsworth). Alongside fellow warrior Sara (Jessica Chastain)—the only woman who has ever captured his heart—Eric must help Freya vanquish her sister…or Ravenna’s wickedness will rule for eternity. 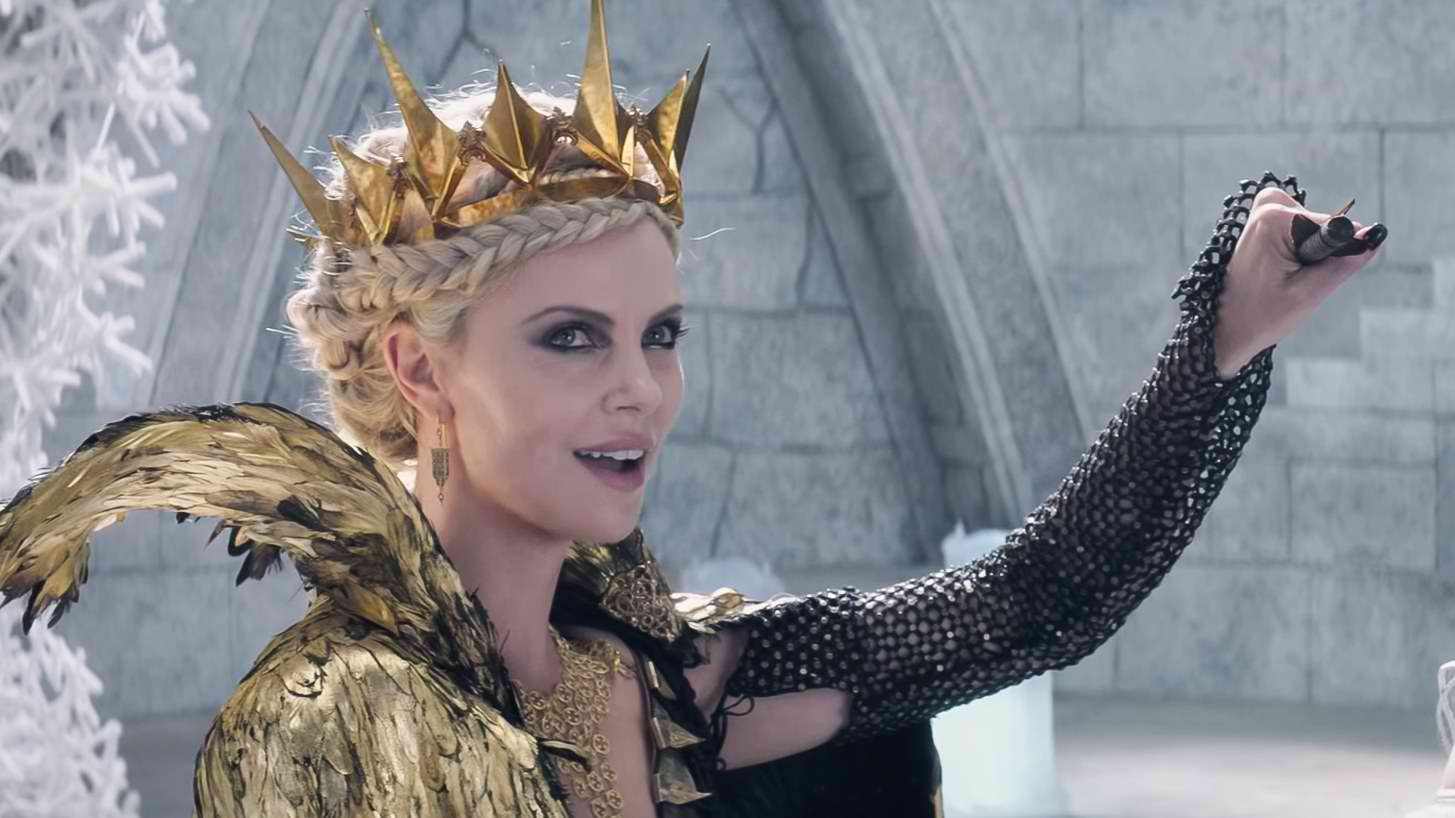 Theron’s Ravenna proved such a popular villain in “Snow White and the Huntsman” that even though we believed she died, the notion of incorporating her into this picture was one upon which everyone agreed. None more so than Theron herself, who had relished her time as the Evil Queen. “What I like about Ravenna is that she’s a bit of an enigma,” Theron notes. “She’s definitely being explored more as we go, but she’s somebody who has come from circumstances where this life, and this way of treating people, would have been just normal. She wasn’t given much choice. She’s her own worst enemy.”

Theron admits that she loves Ravenna’s broken nature, noting: “She’s a person functioning with a tremendous amount of fear at her core.”

Bringing her back was less challenging than it might have seemed initially, because the story covers a period before the events of “Snow White and the Huntsman,” as well as after. “The writers came up with a brilliant idea for bringing her back,” says Theron. “So it was immediately interesting to me.”
“In this film, Ravenna is actually two different characters,” notes director Cedric Nicolas-Troyan. “We see her before the events of the first movie and we see her evil, but it’s not without a human side. We’re getting a more relatable Ravenna. In the second part of the movie, she comes back after the events of the first film. She’s a different character altogether, because she’s died and yet the soul and the darkness and the magic of Ravenna remain.”

Co-star Chris Hemsworth confirms Theron’s comments that it was easy to get back into the groove together. “We built that relationship on the first film, so we were able to pick it right back up where we left off. She was so excited to come back and have another crack at it.” 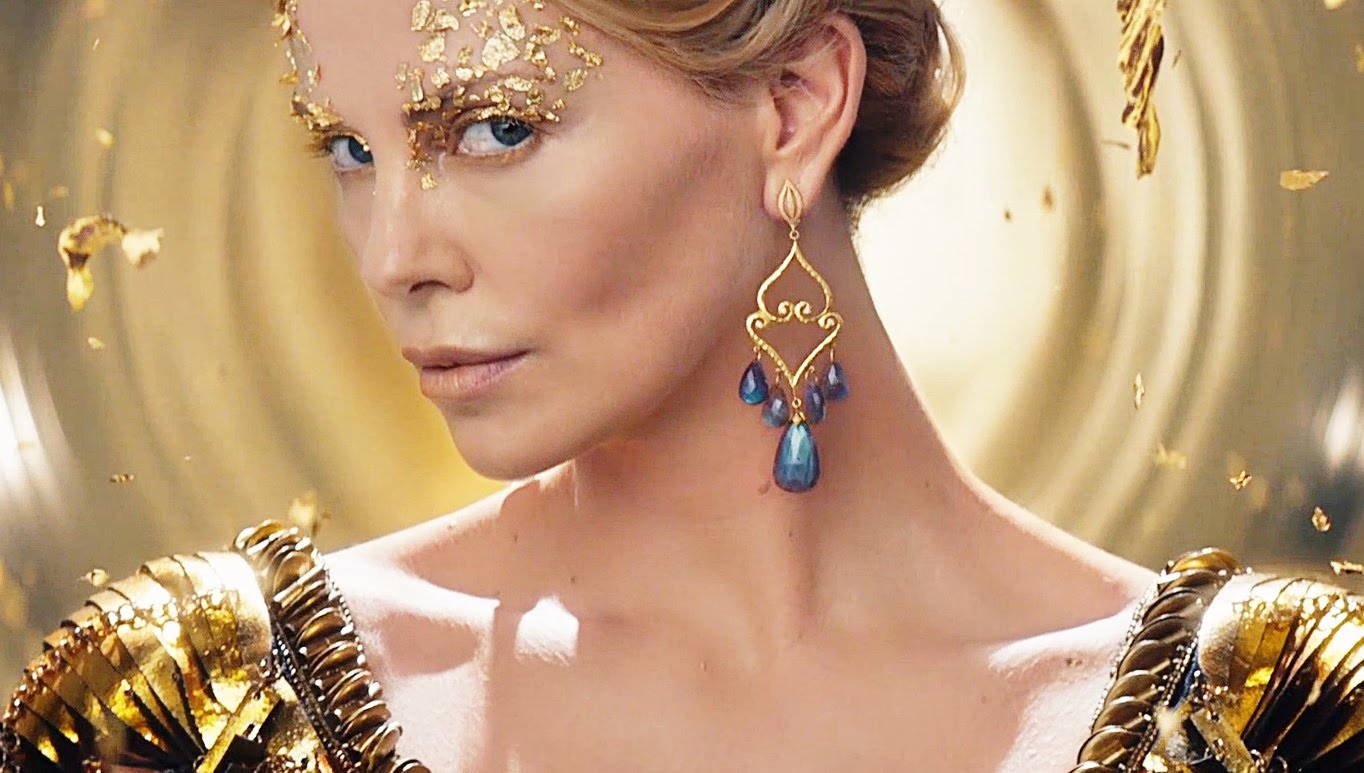 “It’s been heaven to be around Charlize,” enthuses co-star Emily Blunt. “She’s a powerhouse, and an inspiring actor to breathe the same air as. We’ve had a laugh and the sisterly bond we’ve managed to achieve off-set has certainly translated onto camera.”

The casting of three core female roles demonstrates the emphasis the filmmakers placed on writing strong, complex characters across the board, especially for women.

“I’ve never made a movie with two powerhouses like Jessica and Emily,” concludes Theron. “The two of them kept me on my toes and made the whole experience so memorable. It’s always nice when you can come across material where women are being written in a manner that feels truthful. I think cinema had lost touch with those films where women could carry great stories, and be as complex and conflicted as the guys. What’s fantastic is that in the last decade that’s slowly coming back around and people are being emotionally affected by it.”