With only her voice, Scarlett Johansson made people madly fall in love with their computer’s operating system in the futuristic drama “Her.” Now, Johansson once again uses her voice to capture hearts in Disney’s new family adventure “The Jungle Book,” based on Rudyard Kipling’s timeless stories and inspired by Disney’s classic animated film.

Johansson provides the voice of Kaa sets her sights on Mowgli when she discovers him all alone in the jungle. The massive python uses her seductive voice and hypnotic gaze to entrance the man-cub, and Mowgli finds himself unable to resist her captivating embrace.

Says director Jon Favreau, “Mowgli is exploring different regions of the jungle—mistier, darker, more mysterious parts of the jungle. That’s where Kaa lives. That’s where she gets ahold of him—till Baloo rescues him and brings him back to his cave.” 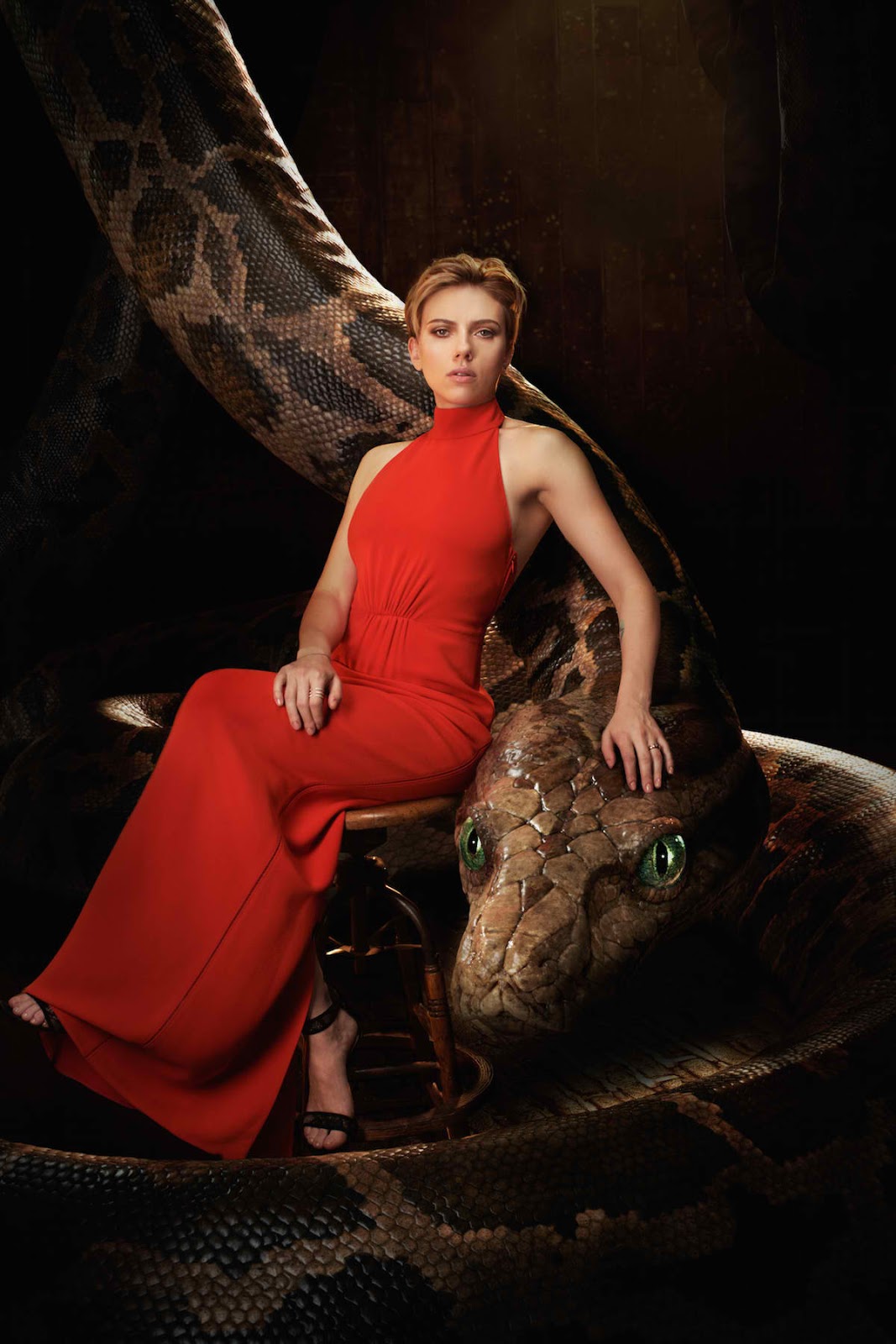 The director says one of his most prominent memories of the 1967 animated movie was the snake. “I always remembered Kaa’s hypnotic eyes with the spinning pinwheels,” he says.

Though Favreau wanted to maintain the spirit of the character, he decided to change its gender. “All the roles were male in the 1967 version, so I thought that there was an opportunity with Kaa to mix things up a little bit,” says Favreau, who called on Johansson to help bring the seductive snake to life.
“The Jungle Book” marks Johansson’s third collaboration with Favreau. She originated the role of Black Widow in “Iron Man 2,” and co-starred in Favreau’s indie hit “Chef.” “I remember seeing the movie ‘Her,’ and what an impact Scarlett made by just using her voice,” says the director. “She has such a presence to her voice.”

Says Johansson, “Ever since I was really young, I’ve loved doing voice work. Actors have different tools—our physical selves, our voices. When you take one of those away you become hyperaware of all kinds of tendencies. It’s an interesting process and sometimes you get these happy accidents and ornaments that decorate the performance. It’s an exciting way to work and dig deeper.

“For me,” continues Johansson, “the opportunity to play Kaa as envisioned by Jon [Favreau] was so exciting. The snake from the animated film is a boy. He’s a friendlier, goofier version of the character. In this film, Kaa seduces and entraps Mowgli with her storytelling—her voice. She’s the mirror into Mowgli’s past. It was thrilling to reinvent this character in this rendering of the story.” 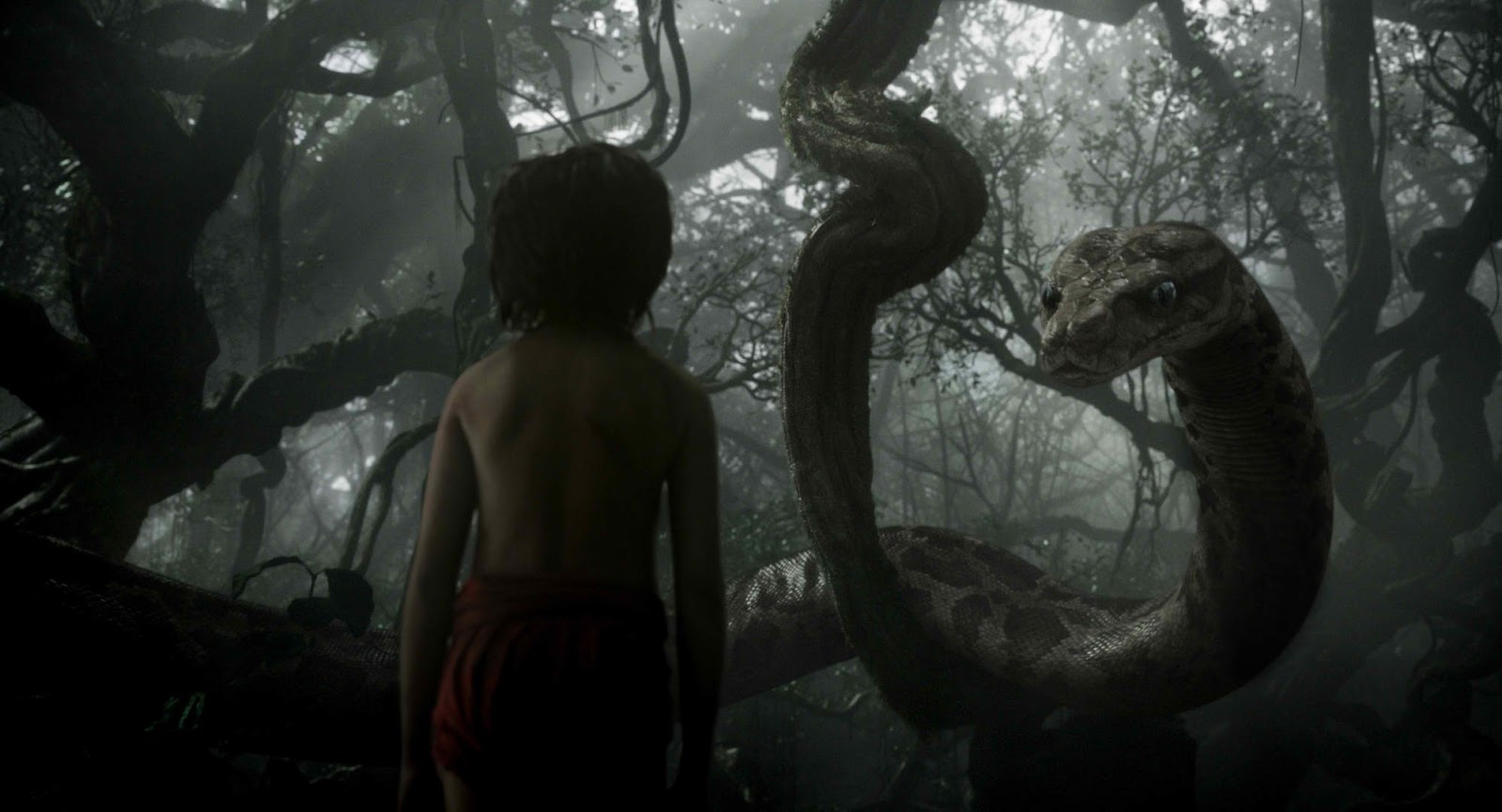 The character is designed to be intimidating, yet believable. “I saw a bit of Kaa early on during the production,” says Johansson. “It was important for me to see how she looks in proportion to Mowgli to help inform the presence and intensity of my voice. I had one tool—my voice—so it would’ve been very difficult without some sort of pre-visual reference.

“Kaa is magnificent,” continues Johansson. “The way that she moves is very alluring, almost coquettish. The audience will see this creature through the innocent eyes of this small boy Mowgli—they’ll become part of his world.”

Johansson has vivid memories of the 1967 version of “The Jungle Book.” “I remember that soundtrack well—it was so popular when I was a kid. ‘Bare Necessities’ was on constant repeat for every kid my age. And the idea of this jungle kid being raised by animals was just fantastic.
“I think little kids can relate to the theme of finding your family—of discovering what it means to be a family,” continues the actress. “The definition of family is such a personal one and families come in all shapes and sizes. But ultimately, family is made up of the people around you who love you unconditionally.”

All of the Bellas Reunite for “Pitch Perfect 2”