Shailene Woodley, Theo James, Zoë Kravitz, Miles Teller, Maggie Q and Ansel Elgort return in the most awaited book-to-film franchise in “Allegiant” where Chicago is on the verge of an all-out civil war. The young warriors and heroes with Tris (Woodley) leading the troop -Four (James), Christina (Kravitz), Peter (Teller), Tori (Q) and Caleb (Elgort) sees them on a harrowing escape from the walled city, chased by armed guards loyal to self-appointed leader Evelyn (Naomi Watts).

Outside Chicago for the first time in their lives, the five find themselves being pursued by Edgar (Jonny Weston) through a toxic wasteland known as the Fringe before being rescued and escorted to the ultra-high-tech compound of the Bureau of Genetic Welfare. Once there, Bureau mastermind David (Jeff Daniels) singles out Tris for being genetically “pure” and enlists her to champion his mysterious cause. While Tris receives special treatment, including access to “memory tabs” that enable her to relive her own family history, Four joins Bureau soldiers on a supposedly humanitarian mission to remove children from a ragtag Fringe encampment. 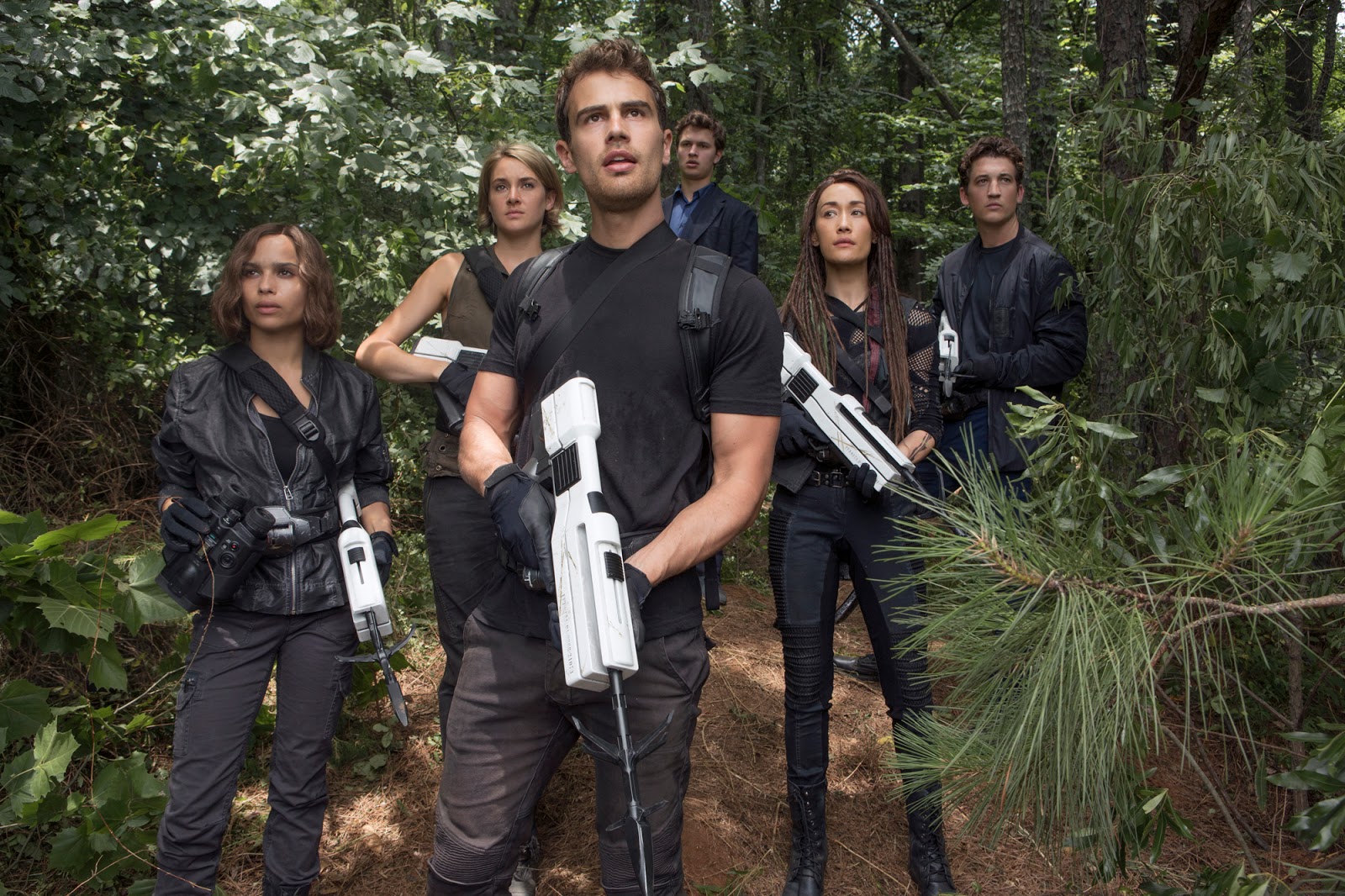 Discovering that David plans to use the Bureau’s astonishing technologies for inhumane ends, Tris hijacks his private aircraft and returns with her team to Chicago. Faced with a shocking betrayal, they must try to stop Evelyn before she unleashes a memory-erasing gas on the city’s entire population, including the Allegiant rebel force led by Johanna (Octavia Spencer).

The filmmakers set out to bring Victoria Roth’s original vision to life once again even as they add fresh surprises to her dystopian saga. Brimming with new characters, landscapes and mysteries, “Allegiant” extends a Divergent universe that has already captivated millions of moviegoers. “One reason these stories resonate for young people particularly is that they wonder what their futures hold for them,” James muses. “Whether it’s conscious or not, young people think about, ‘What kind of world will I live in?’ I think that’s why so many people gravitate toward the Divergent stories.” 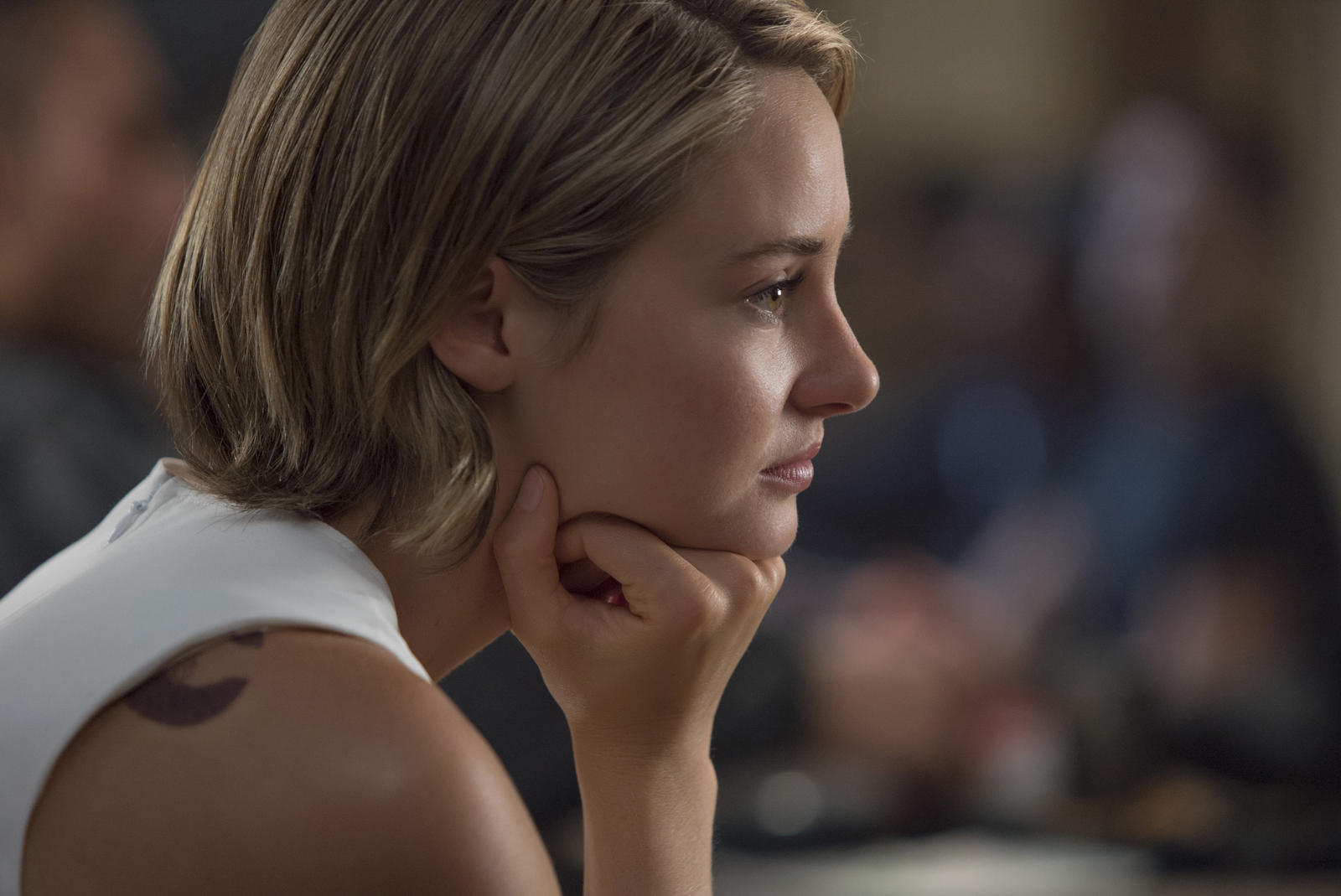 Although Allegiant remains consistent to the core values of the Divergent series, its heroes encounter new worlds and shocking revelations and the film raises the level of excitement to new heights. “Allegiant gives you a scale and a scope that you don’t get in previous films,” says producer Lucy Fisher. “There are so many things about this movie that excite us, including the action and the visuals. But my favorite part about this entire series is the characters and their relationship to each other. With Allegiant, I love that you’re on the edge of your seat, because there’s something going on every second.”

Brandon Routh In A Cutthroat Race To Survive In “Lost In...

Joel Edgerton Is Conflicted Monarch And Brother to Moses In Staggering...