ReZirb
Home Entertainment Chris Pine, Off to a Daring Sea Rescue in “The Finest Hours”

When Chris Pine is considering upcoming projects with which to become involved, a clear indication for the actor is a screenplay he can read in one sitting. With Walt Disney Pictures’ “The Finest Hours,” he couldn’t put it down.

“The Finest Hours” is based on the extraordinary true story of the greatest small boat rescue in Coast Guard history in the U.S. Presented in Digital 3D, the film transports audiences to the heart of the action, creating a fully-immersive cinematic experience on an epic scale.

Pine, who has starred in the “Star Trek” films, “Jack Ryan: Shadow Recruit” and “Into the Woods,” among numerous others, appreciated the story’s simplicity and was drawn to the character of Petty Officer First Class Bernie Webber, the amiable captain of the CG36500 lifeboat, who becomes an unlikely hero.

“Bernie is sweet and quite gentle and is a man who hasn’t really found his voice yet. He grew up in a family of very strong men who went into battle and got their badges, and Bernie, having been too young to go to war, feels that he should have been there,” says Pine. “I like Bernie because he’s not encumbered by any cynicism or irony and he’s not slick and sharp…he’s not ‘big city.’ He’s a man from a different time.” 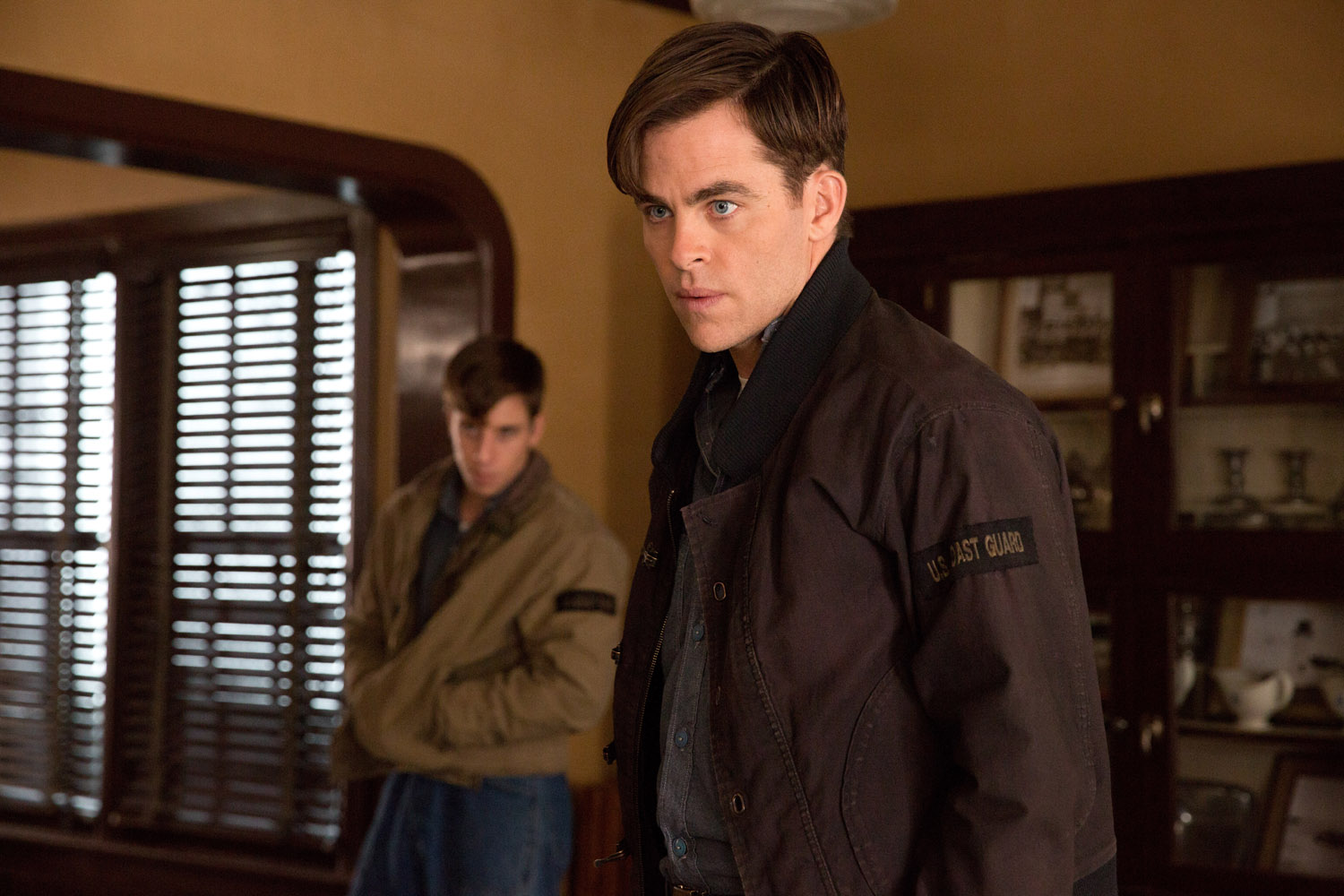 Webber led a similar rescue mission one year before the SS Pendleton disaster that was unsuccessful and haunted him. The William J. Landry, a fishing boat from New Bedford, Massachusetts, had been trapped at sea by a major squall and after three failed attempts to rescue the fishermen on board, the boat was destroyed, their crew never found. Webber’s confidence was shaken as a result.

“Bernie has so much heart; he’s such an interesting, lovable character,” says director Craig Gillespie. “He’s the guy who you feel is not going to amount to much and then he surprises everybody. And Chris used everything from his mannerisms to his accent, and the evolution of such a fully fleshed character surprised me at every turn, especially because the audience views him as the underdog. We set him up that way, and Chris just makes Bernie shine on screen.”

Station Chief Warren Cluff assigns his more-experienced men to assist with the SS Fort Mercer rescue efforts taking place off the coast of Nantucket, but the crew believes it is impossible to cross the Chatham Bar due to the storm and even though it will take longer, leaves from Stage Harbor instead. Webber, on the other hand, does not object and departs with his crew from the station as ordered, heading directly into one of the deadliest spots in the Atlantic Ocean. 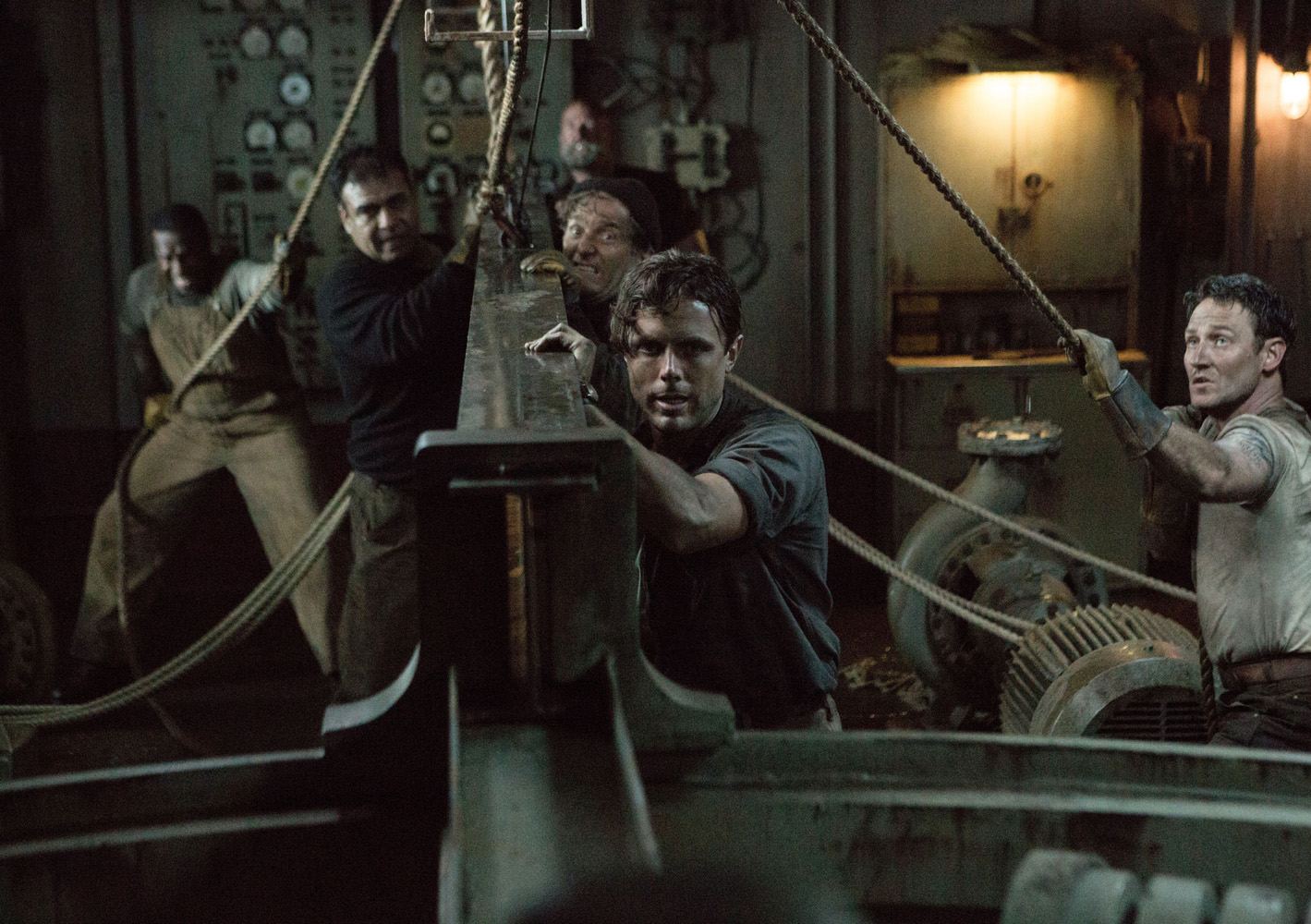 “Bernie did what he was told, even though everyone knew the rescue mission was close to impossible,” explains Gillespie. “At the beginning of the story the fact that he always does what he is told is almost a detriment, but as he goes through this journey we see that he comes into his own and becomes a thinking man: someone who makes his own choices and becomes a true leader, and that was something that Chris was able to beautifully portray through the nuances in his performance.”

“Because this is a true story you want to do justice to these men and what they accomplished…you want to pay tribute to them and hopefully capture the essence of who they actually were,” says Pine. “There’s this really great audio recording of Bernie telling the story many years after what happened that night, and just listening to his cadence and how he responded to the gentleman asking the questions you could tell that he had told the story many times and I got the feeling that he didn’t want to talk about it much anymore. In talking with people who knew Bernie I found that this was a great part of who he was—a quiet guy who took very seriously a job that he was very good at.”