In the magical action-packed movie “The New Adventures of Aladdin,” best friends Sam (Kev Adams) and Khalid (William Lebghil) dress up as up as Santa Claus to steal everything they can from Galeries Lafayette. But Sam is quickly caught by children and their needs tell the story of Aladdin. In the skin of Aladdin , Sam begins then a trip to the heart of Baghdad , a city with Arabian wealth. While telling the tale, the people suffered from the terrible tyranny known Vizier for his ferocity and his questionable breath and the young thief taking on his alter-ego Aladin tries to save the day and win the heart of a princess.

The movie’s hero, Kev Adams who plays Sam and Aladdin in “The New Adventures of Aladdin,” is the actor’s debut starring role after playing support roles in movies. “I really wanted to be back on a carpet driving alongside a Genius but also to participate this story full of humor while confronting the real world. The original script was 250 pages, it was a monumental epic and I loved it!” shares Adams on his casting. 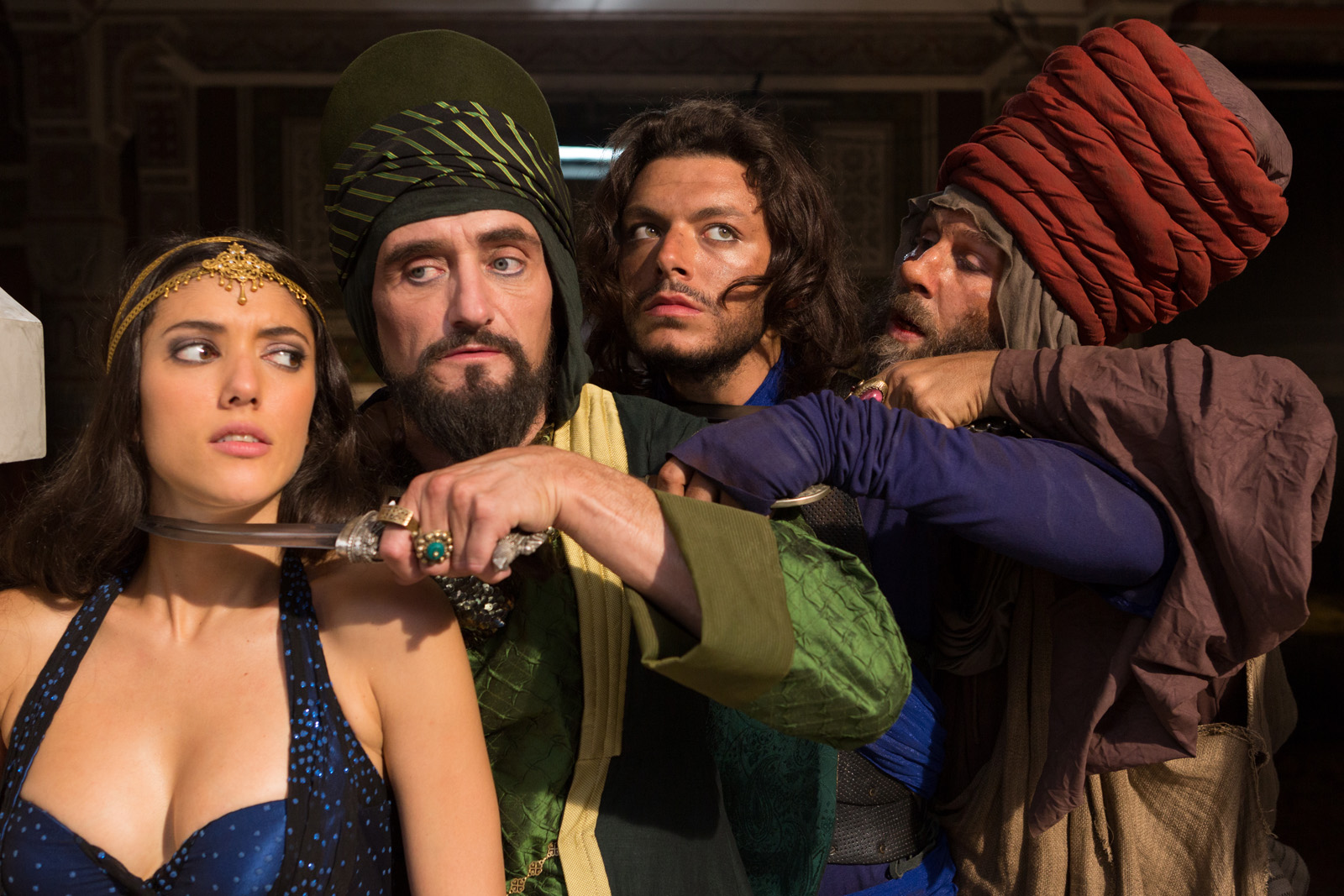 “I was indeed very happy to play a hero even if it’s not from my roots, especially since the cast is made actors who mostly have no link to this part of the world. I would add that we shot in Morocco, the only country Maghreb where I have no family roots! But when you are in the cinema, as part a story or a fairy tale, the religious affairs or ethnicity have no place to be. It remains essential the characters, the sets. That being said, the story of Aladdin reminded me of the ones who instilled values in me like my Tunisian my grandfather. And in Morocco, every day we saw and worked with people who do not have much but who are all willing to give. It’s very touching, very motivating,” continues Adams.

“The New Adventures of Aladdin” is also director Arthur Benzaquen’s first feature film. Written by Daive Cohen, the movie had found its way to production ten years after the script was conceived. “He had never actually found the opportunity to do so. Daniel Tordjman, the producer offered him this occasion. When they asked me to realize I have admit that a big doubt came over me, given the ambition project … But Daniel and Daive insisted. This adventure like us. We all three worked on “Zak”. Four years together, writing mounting through filming or post-production it is a full time job. We knew knew each other perfectly and operate as a trio since then,” says Benzaquen on landing the director’s seat. 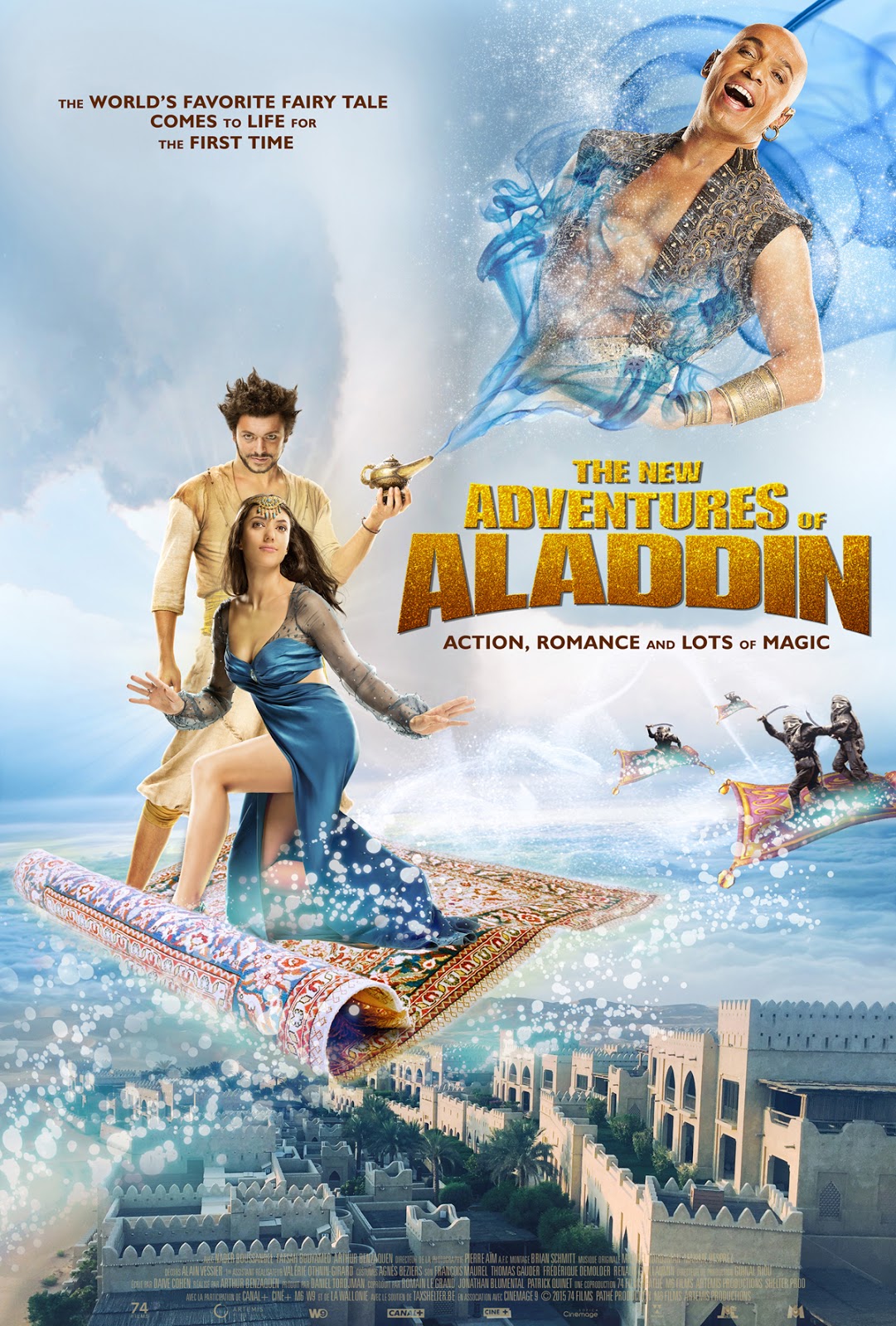 Moreover, Benzaquen notes that what is great about the story is that it was written there are hundreds of years but it remains extremely modern. “We considered a lot of countries for filming, especially India, but Morocco prevailed. First because by our roots, Daive, Daniel and I are from Morocco. Seriously, there there was the scenery we needed and especially for me the most important: a hand extremely skilled and very flexible. The Morocco now receives a very large number foreign film, especially Americans. For example, we used the sets of “Kingdom of Heaven” by Ridley Scott. Our Moroccan experience has been a real pleasure, in Marrakech, in the studios of Ouarzazate, as in the desert. I also filmed Galeries Lafayette sequences for the part present the film and some technical additions background-green in Belgium.

“The New Adventures of Aladdin” opens January 27 from Pioneer Films.