The film is an adaptation of Rick Yancey’s hit novel, published in 2013. It focuses on a young girl, Cassie Sullivan, played by Moretz, who is bidding to survive in a world that has been decimated by four waves — huge, earth-shattering events, from tidal waves to pestilence — which are unleashed upon the planet by some unknown force. The likes of Nick Robinson (playing Ben Parish) and Liev Schreiber (Colonel Vosch) also star.

The story tells how in the midst of the wreckage, as one of earth’s last survivors, Cassie must fight to save herself, and her brother, as the fifth wave looms. She teams up with Evan, who may be her final hope, if she can learn to trust him. Trust, says Roe, is one of the key themes in the film. 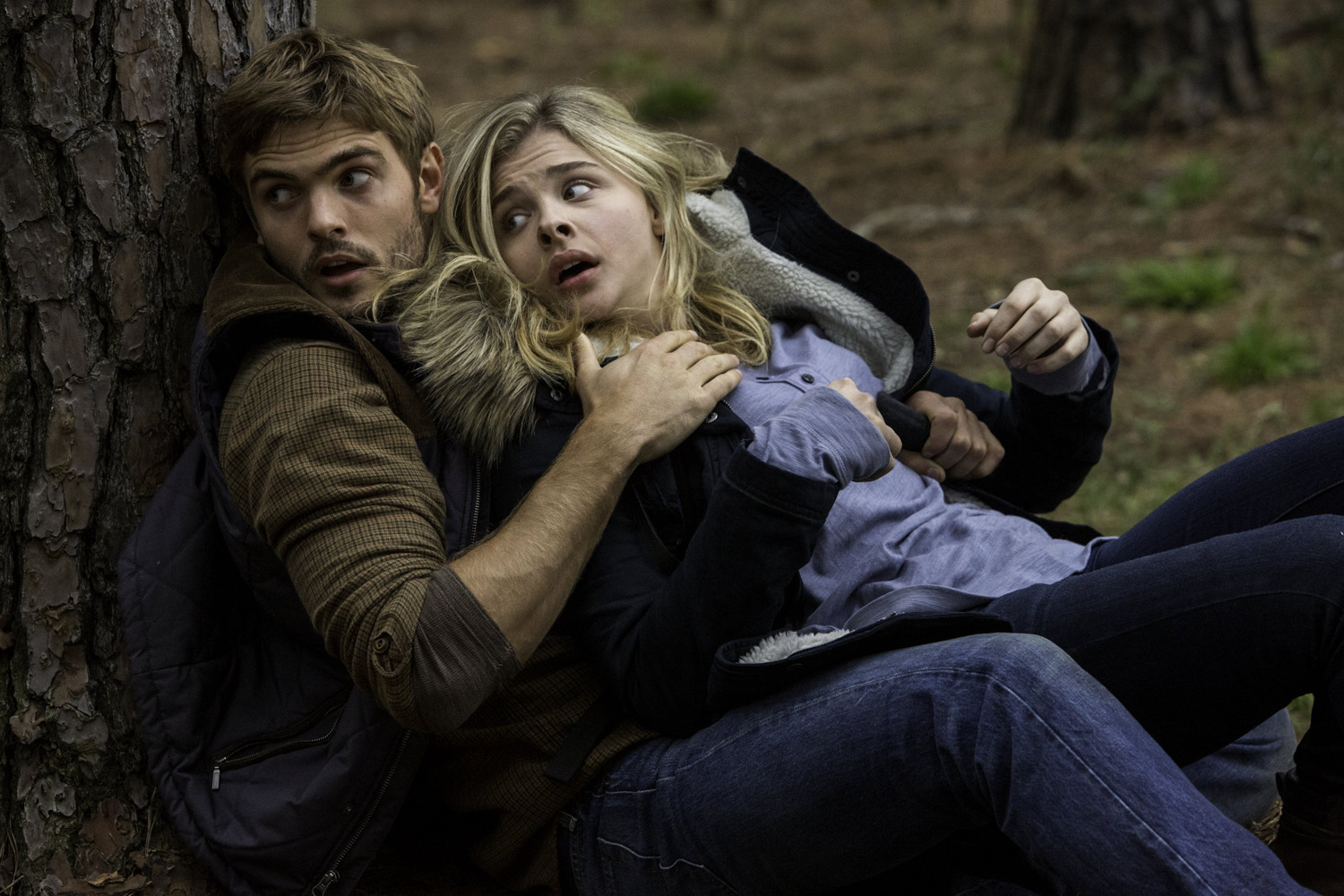 “Evan is definitely conflicted. He’s a real contradiction,” says the actor. “All of us are contradictions to some extent but he’s a contradiction in a really extreme way. His whole view on life is completely turned upside down when he meets Cassie.

“Sometimes, people walk into your life and do that. That makes it sound like it’s about a romance between them, but it’s really not. They don’t trust each other at all. They don’t give into any of the feelings that two human beings in a normal situation might give into.” 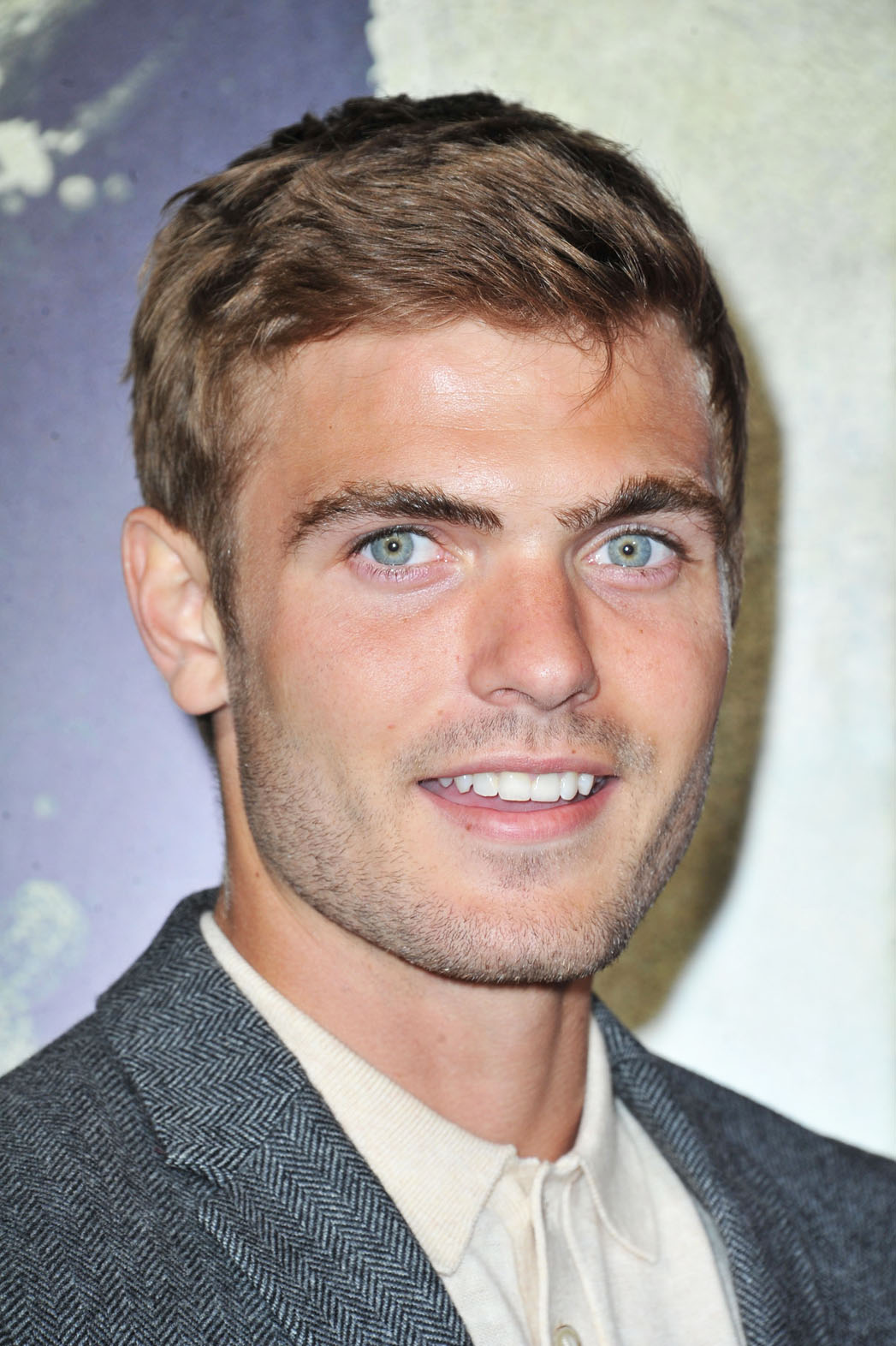 The complexity of the character and his situation appealed to Roe, who made his name in the UK with the teenage TV shows “The Fugitives” and “The Cut” before he moved to LA and bagged his role on “The 5th Wave.” He says that he connected with the Evan Walker character the moment he read the script.

“I read this character and went, ‘I know this guy,’” he says. “That happens sometimes because you agree with what the character says or what they believe in, or you understand why they’re like they are, maybe because of their background.”

He relates to Evan in a number of ways. “I think I’m quite physical in the way that he’s quite physical. He grew up on a farm and I grew up doing manual labor and things like that.”
Roe was perfect casting for the Evan role, says “The 5th Wave” director, J Blakeson, who brings the movie to the screen on the back of his film festival and critics’ favourite “The Disappearance of Alice Creed.”
“It was quite late in the process when I saw Alex’s tape but we flew him to New York to audition,” the director says. “When he read with Chloë, it was obvious that there was a really good rapport. Alex also has real presence, and he’s got these fantastic eyes that feel like they could either be threatening or extremely empathic.”

Certainly, “The 5th Wave” represents a major opportunity for the actor. “I do see this as an opportunity,” Roe says. “I was out in LA for three months and was building a little bit of momentum while I was there and was lucky enough to get the audition [for The 5th Wave]. 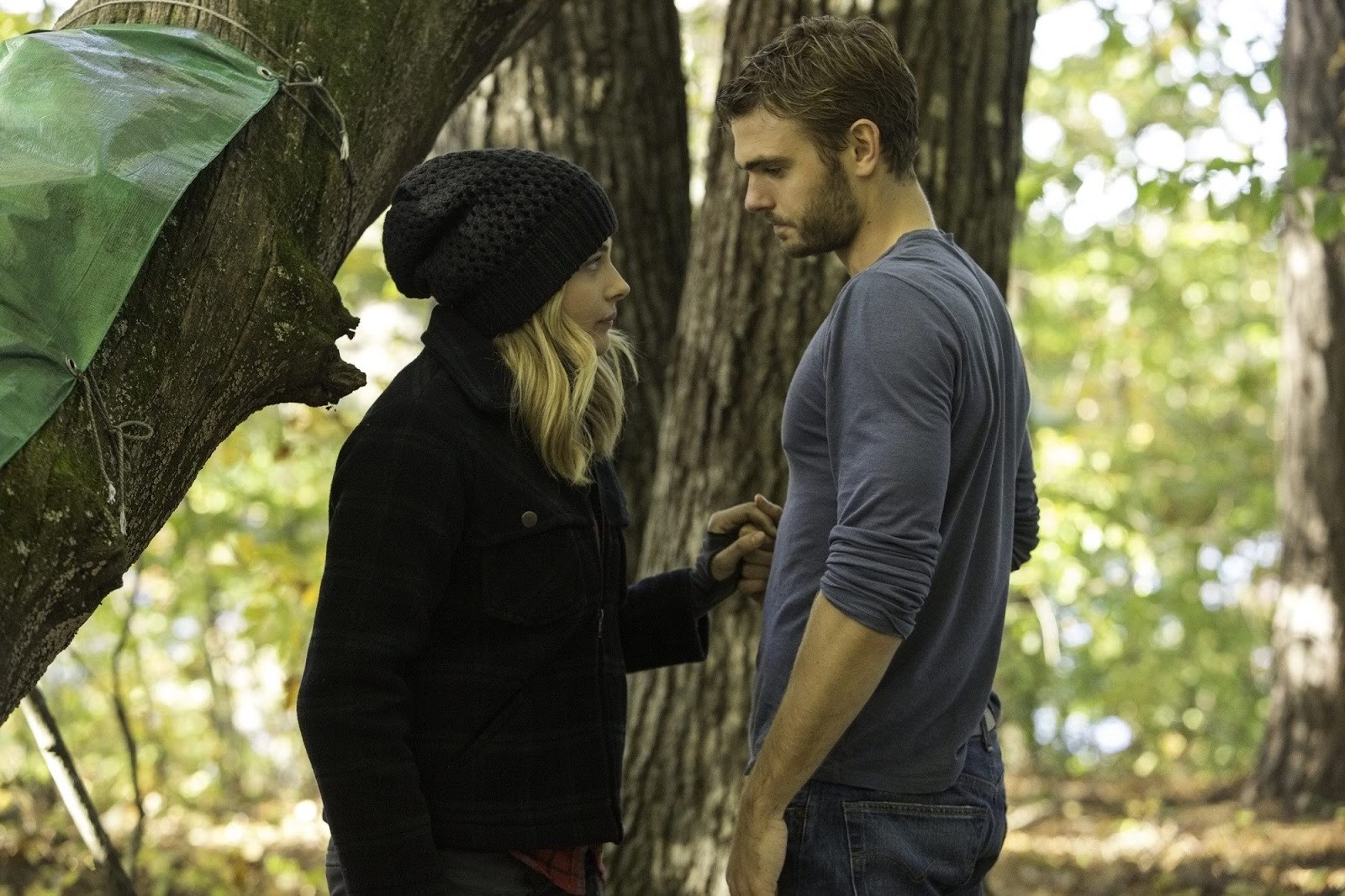 “And then hearing that I was being flown to New York to have a chemistry meet with Chloë was just unreal. It seemed like something that was completely unachievable.”

And yet here he is on the cusp of stardom with a prominent role in a huge studio picture. “This movie feels so big,” he says. “The sets are incredible. Before, I’d be walking onto a set of 50 people and now I am walking onto a set with around 200 people.

“Getting used to that was different but it is an amazing opportunity. You have to focus and then that becomes your job and it becomes normal. You are in Atlanta shooting with Chloë Grace Moretz and that becomes normal!” He smiles. “I would be the first one to say how lucky I am.”

“The Bye Bye Man” In Cinemas On January 25