Ayala Malls Cinemas brings “Brooklyn” this January 27 – a very poignant story of a young woman who dreams of a better life abroad, leaves her mother and sister to a foreign land very different from the culture she grew up in and eventually finds herself torn between two men from her hometown and new town.

Saoirse Ronan has been reaping awards left and right for her role in “Brooklyn.” Born in New York to Irish parents and raised outside Dublin, Ronan first found acclaim in Joe Wright’s “Atonement,” garnering a Best Supporting Actress Oscar® nomination for her performance as Briony. She went on to starring roles in “The Lovely Bones,” “Hanna” and most recently Wes Anderson’s Oscar winning “The Grand Budapest Hotel,” all by age 20. Now entering her prime, she was ready to take on a complicated, emotionally demanding lead. 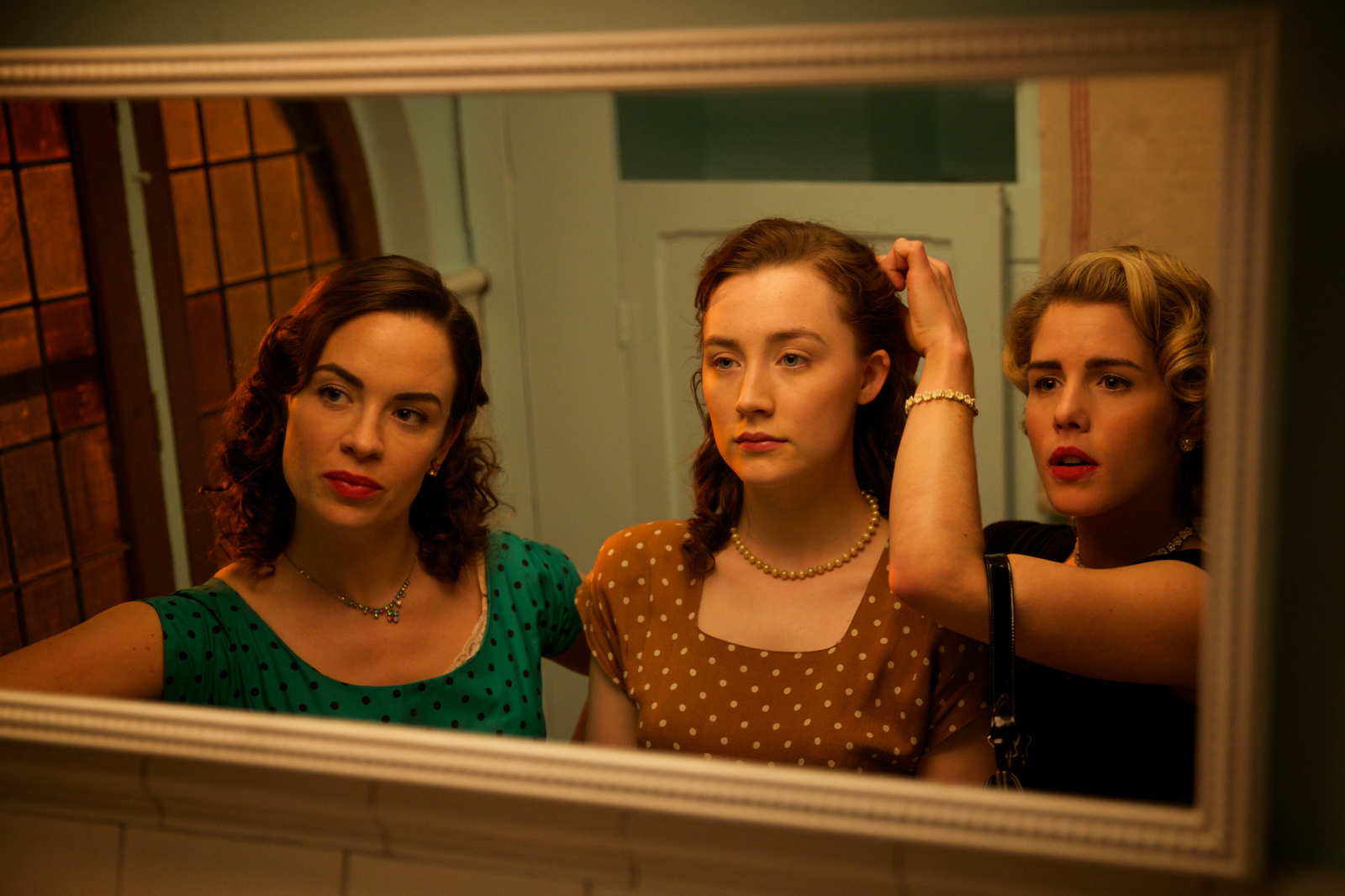 “Brooklyn” has opened in Ireland to become the highest-opening Irish film since “Michael Collins” in 1996 that starred Liam Neeson tells of a beautiful and resilient Irish young woman Eilis and her journey between two countries, two men and two destinies.

In “Brooklyn Eilis has lived her whole life in tiny Enniscorthy, Ireland – where everyone knows everyone else’s business and then some — when she is swept away to America, thanks to her sister, who wants to see her flourish. She arrives into the diverse tumult of Brooklyn already homesick, feeling like an exile. But as Eilis dexterously learns to adapt to life as a New Yorker, becomes a sales lady at a posh department store, she meets a funny, sweet, charismatic suitor determined to win her devotion. Just as she seems on the verge of beginning a new life, a family tragedy brings her back to Ireland where she is pulled back into the life she left behind … and a decision that could affect her future forever.

Caught between two different calls to her heart, Eilis confronts one of the most breathtakingly difficult dilemmas of our fluid modern world: figuring out how to merge where you have come from with where you dream of going. Ronan says she felt an immediate, almost uncanny, affinity for Eilis as soon as she read the script. “Nick Hornby isn’t from Ireland, yet he managed to completely capture the spirit of the country. The writing was so beautiful, and so beautifully subtle,” she comments. “It felt close to my heart because it was about my people. It was the journey that my parents went on back in the ‘80s; they moved to New York and went through all these same things, even though it was a different era. The biggest hurdle anyone goes through in life is leaving the security of your family and your friends behind for something new.” 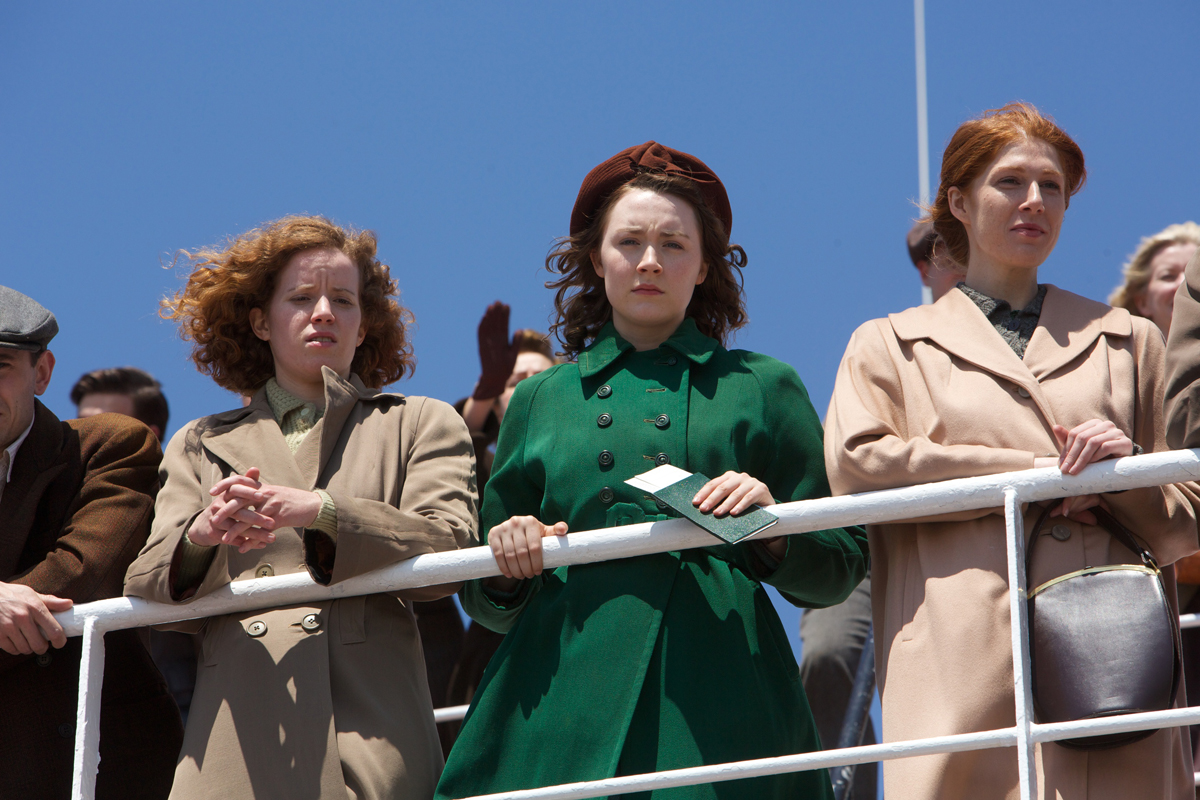 The mix of emotions that Eilis confronts – from confusion and grief to joy and devotion – was also an exciting challenge as Ronan calibrated the balance between them. “We would go from beautiful, heartbreaking, completely sad scenes to gorgeous, fun scenes to do,” Ronan notes. “Eilis is going through all these very natural things that human beings go through: grief, relationships, jobs, your relationship with your parents, independence. But I loved the subtleties of it. The challenge is that you can read so much into Eilis’s experiences and she could be played in a number of different ways. And it was also about balancing the drama of real life circumstances with the humor that people use to handle that drama, which is something that I know Irish people use an awful lot. We use humor as a way to deal with life and death. So it was about balancing all of that.”

The heart of “Brooklyn” for Ronan lies in the re-defining of home. “I love the piece of advice Eilis passes onto the young girl near the end of the film — that when you move away, you’ll feel so homesick you’ll want to die and there’s nothing you can do about it, apart from endure it, but it won’t kill you and one day the sun will come out and you’ll realize that this is where your life is. That gorgeous piece of writing means so much to any person who has ever left their home and family. Eilis needs to go through this incredibly happy, heartbreaking, exciting, scary journey in order to make this choice about where she feels she wants to be. And for me that’s what “Brooklyn” is about. Your relationship with home is something you carry with you as move to different places in your life and endure different things. The trick is carrying it without letting it weigh you down.”