What keeps a person trying and trying then faltering and then knocking their head against the wall until the point of success? And what then transforms all the exasperating ups and downs that follow on the heels of success into a sustaining sense of joy and discovery? David O. Russell’s 8th feature film, “Joy,” probes four decades in the upward-moving life of a single-mom-turned-business-magnate to explore how daring, resilience and the persistence of vision carry people from the ordinary into extraordinary moments of creation, striving and love.

Starring Academy Award winner Jennifer Lawrence, based loosely on the life and rise of inventor and home shopping star Joy Mangano, the genre-blurring story of “Joy” follows the wild path of a hard-working but half-broken family and the young girl who ultimately becomes its shining matriarch and leader in her own right. Driven to create, but also to take care of those around her, Joy experiences betrayal, treachery, the loss of innocence and the scars of love as she finds the steel and the belief to follow her once-suppressed dreams. The result is an emotional and human comedy about a woman’s rise – navigating the unforgiving world of commerce, the chaos of family and the mysteries of inspiration while finding an unyielding source of happiness. 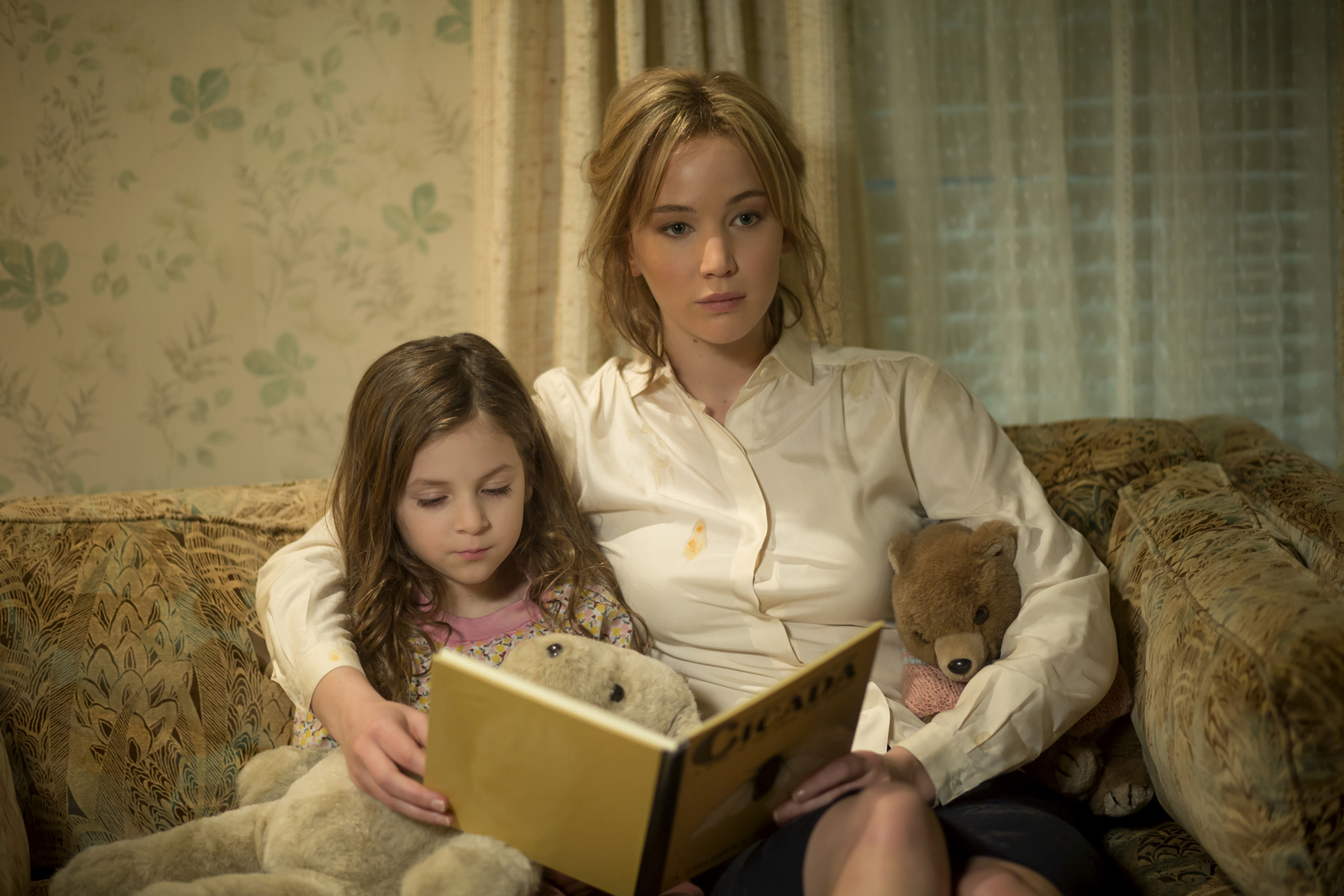 “Joy” opens this February 17 across Philippine cinemas from 20th Century Fox to be distributed by Warner Bros. Along with Joy Mangano, the following pioneering female inventors share the limelight in celebrating the exhilarating ride that “Joy” explores on their daring resilience and the persistence of their vision that carried them from the ordinary into being extraordinary, one of them is Filipino genius Fe Del Mundo. 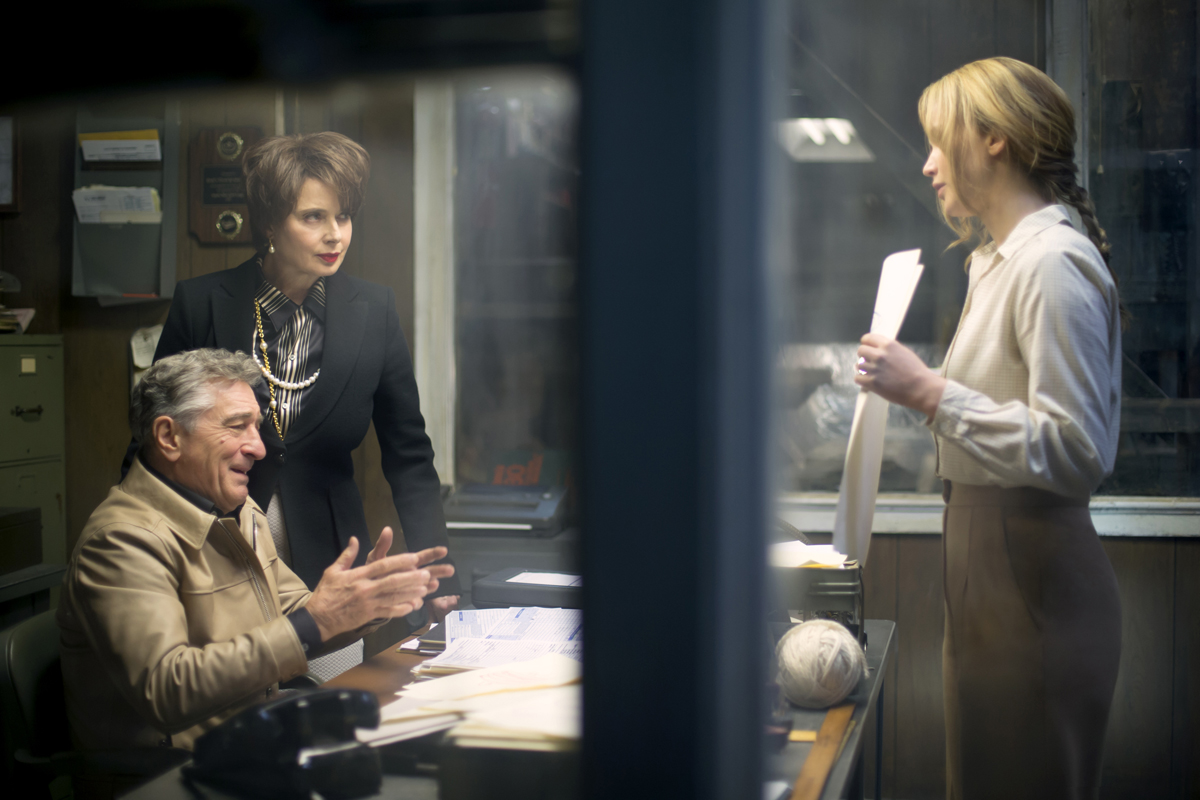 Dr. Fe del Mundo was the first Asian woman and the first Filipina to be accepted at the prestigious Harvard University School of Medicine. Her specialization was on pediatrics, and she is best known to the Filipinos as the designer of a low-cost incubator made of bamboo and other local materials. She published more than 100 articles in medical journals, and trained various medical practitioners in and out of the country. She was also the first Filipina to be conferred the rank of National Scientist in 1980.

Born in Dallas, Texas, Bette Nesmith Graham, a single, divorced mother, working as a secretary at Texas Bank and Trust used to find it difficult to erase mistakes on her typewriter. Graham, who was also a talented painter, knew that with lettering, an artist never corrects by erasing a mistake, but by painting over the error. In 1951, she invented the first correction fluid in her kitchen, using tempera paint and an ordinary kitchen blender. She called the fluid Mistake Out. The name was later changed to Liquid Paper.

Born in Dresden, Bentz, an enterprising mother of two, was fed up cleaning and constantly wringing out stained cloth filters, and scraping sludge off the bottom of unfiltered pots when she was making coffee. Bentz experimented with different types of paper and devised an easily disposable filtration system by laying a piece of paper over the perforated bottom of a brass pot.

British Inventor Emily Cummins is passionate about sustainable designs that have the ability to change lives. She credits her grandfather as her greatest inspiration. ‘He gave me a hammer and began to teach me how to make toys from scraps of materials found in his garden shed.’ Her entry into a sustainable design competition, a ‘pullable’ water carrier for water workers in Africa, earned her a Technology Woman of the Future award in 2006.

Born in Virginia, the granddaughter of a slave and slave-owner, Marjorie Joyner grew up in poverty and went onto become the first black woman to graduate from the A.B. Molar Beauty School in Chicago. While making a pot roast one day, she noticed how long, thin rods held the pot roast and heated it up from the inside. She imagined a design using rods saying, ‘I figured you could use them like hair rollers, then heat them up to cook a permanent curl into the hair’.

Anderson was born in Green County, Alabama and moved west to Fresno, California, where she operated a cattle ranch and vineyard. In the winter of 1902, she visited New York and observed how dangerous it was when snow and sleet slowed down streetcars, obscuring vision. Anderson sketched a solution in her notebook: a ‘squeegee’ wiper on the outside of a windshield, connected to a lever on the inside.

Ida Rosenthal was born in Rakow near Minsk, the eldest of seven siblings. When she was sixteen, she moved to Warsaw, where she worked and took classes in Russian and mathematics. She immigrated to America aged 18, following her fiancée William Rosenthal. They married and she opened a dress shop with her husband, working closely with another dress shop owner, Enid Bisset. At the time Bisset and others were making bandeaus for women who wanted to flatten the figure; this was the ‘flapper’ era, when the boyish look was fashionable. Rosenthal, who was voluptuous, deplored the fashion: “why fight nature?” she asked. She set about designing bras in different sizes and built them into the dresses she sewed, as cups, which separated and supported the breasts, ‘lifting’ instead of flattening.

Hedy Lamarr was born Hedwig Eva Maria Kiesler in Vienna. During the 1920s, she moved to Berlin to study acting. Immigrating to America, she shot to stardom in Hollywood and was known as ‘the most beautiful woman in the world’. However, that wasn’t to be her greatest claim to fame! Her leading men included Clark Gable, Robert Taylor, and Spencer Tracy. But her accomplishments as a scientist are even more remarkable. During World War II, together with the composer, George Antheil, she developed a ‘Secret Communications System’ with the goal of helping to combat the Nazis. By manipulating radio frequencies at irregular intervals between transmission and reception, the invention was intended to form an unbreakable code to prevent classified messages from being intercepted by enemy personnel. It was meant for radio-guided torpedoes, and the pair gave it to the US Navy. Lamarr and Antheil received a patent in 1941, but the significance of their invention wasn’t appreciated until years later. It was implemented on naval ships during the Cuban Missile Crisis. What is fascinating is that the invention would eventually revolutionize mobile communications, paving the way for cell phones and fax machines.

Ruth Wakefield was a trained dietician and food lecturer. In 1930, Wakefield and her husband bought a tourist lodge in Whitman, Massachusetts. Located at the halfway point between Boston and New York, many travelers paid a toll, changed horses, and ate home-cooked meals at the lodge. Wakefield’s lobster dinners and desserts were famous. In 1930, Wakefield was mixing a batch of cookies, when she added broken pieces of chocolate: the result was a tray of the first chocolate chip cookies. She called her creation Toll House Crunch Cookies. The recipe made its first appearance in the 1938 edition of Wakefield’s “Tried and True” cookbook. The cookies became massively popular and eventually, Andrew Nestle and Ruth Wakefield made an agreement—Nestle would print the Toll House Cookie recipe on its package, and Wakefield would be given a lifetime supply of Nestle chocolate!

Born in Maine and raised by a widowed mother, from a young age, Knight displayed a passion for inventing. At age 12, she observed a textile accident at the mill where she worked. She came up with a device that would automatically stop a machine if something got caught in it. Soon, her invention was being used in the mills. After the Civil War, Knight worked in a paper bag plant, which inspired her to create a paper bag that would make it easier to pack items. She designed the machine that automatically folded and glued the bottom of bags, creating the flat-bottom paper bags we still use today.