Academy Award winner Julia Roberts stars in her latest and another yet Oscar-worthy role in the crime thriller “Secret In Their Eyes” based on the 2010 Academy Award winner for Best Foreign Language Film directed by Juan Jose Campanella “El Secreto de Sus Ojos.”

This year’s “Secret In Their Eyes,” directed by blockbuster filmmaker and Academy Award nominee Billy Ray (“Captain Phillips,” “The Hunger Games”), and produced by Academy Award and Emmy winner Mark Johnson (“Rain Man,” “Breaking Bad”) brings Julia Roberts in a surprising mystery that explores the personal themes of loss, betrayal, and a parent’s undying will to right a profound wrong. 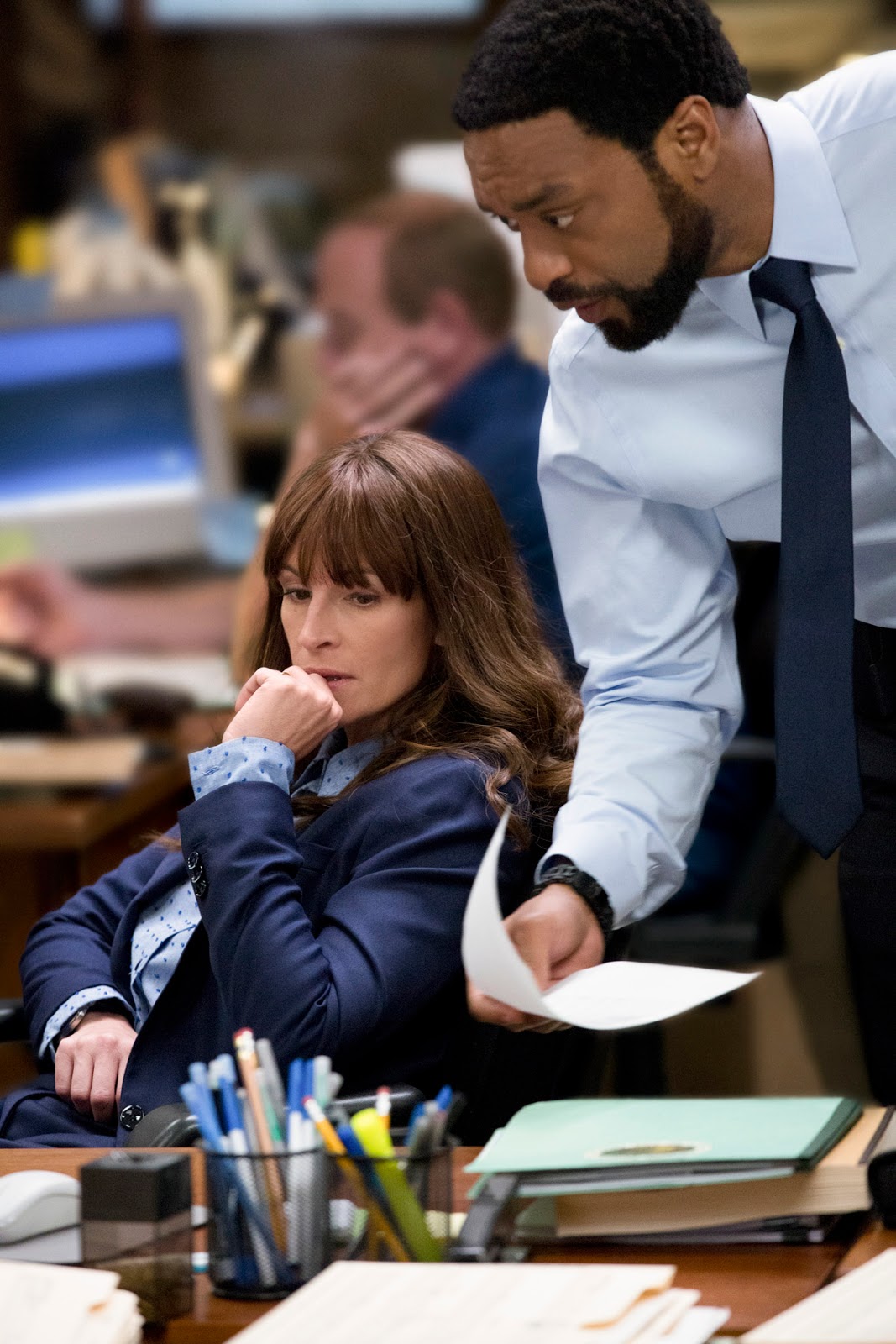 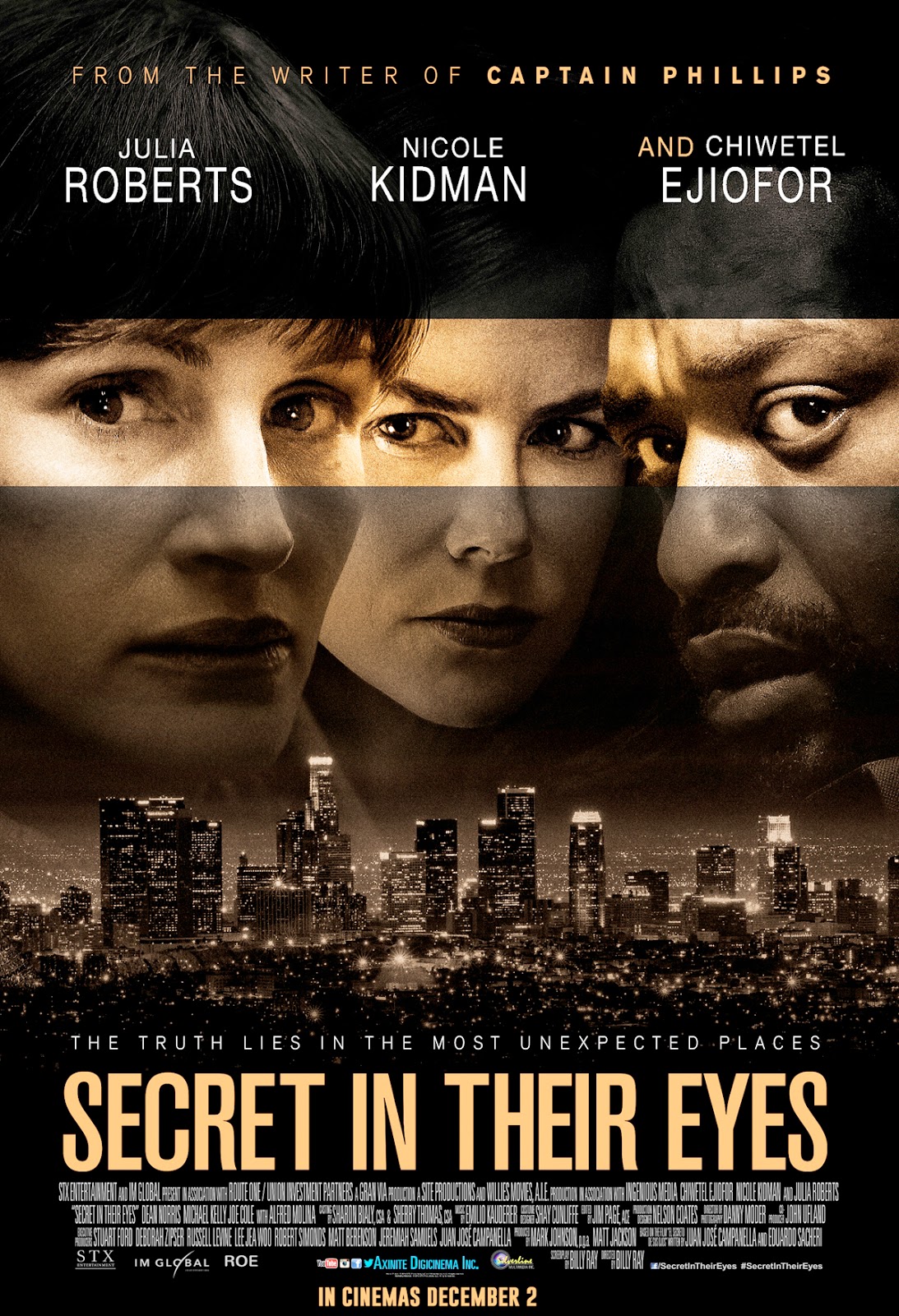 DA investigator Jess Cobb (Julia Roberts), FBI investigator Ray Kasten (Chiwetel Ejiofor), and Deputy District Attorney Claire Sloan (Nicole Kidman) are rising stars, having been selected to serve on an anti-terrorism joint task force in post 9/11 Los Angeles. Jess and Ray are tight-knit partners who share a deep respect and an easy friendship both on the job and off. Ray and Claire come from opposite walks of life, but have a complicated attraction that is a constant undercurrent in their day-to-day encounters. After Ray and Jess are called to investigate a murder scene, they discover the unthinkable — the victim is Jess’s daughter, Caroline. Ray and Jess join forces with Claire to bring the killer to justice. Their mission, however, meets a cold reality when they discover their suspect is a protected federal witness, and is set free. Thirteen years later, despite their attempts to find an even keel to their lives, Ray, Claire and Jess still bear wounds that won’t heal. But when Ray uncovers a new lead, he returns to L.A. to convince Claire to revisit the case. Despite the risk all face by reopening emotional issues — Jess’ life has been in stasis for more than a decade; Ray’s affection for Claire has never waned — they join forces to pursue the killer: this time vowing to take matters into their own hands to avenge Caroline’s brutal murder. None, however, is prepared for the shocking secret that lurks behind the manhunt and illuminates the emotional cost of vengeance and justice. 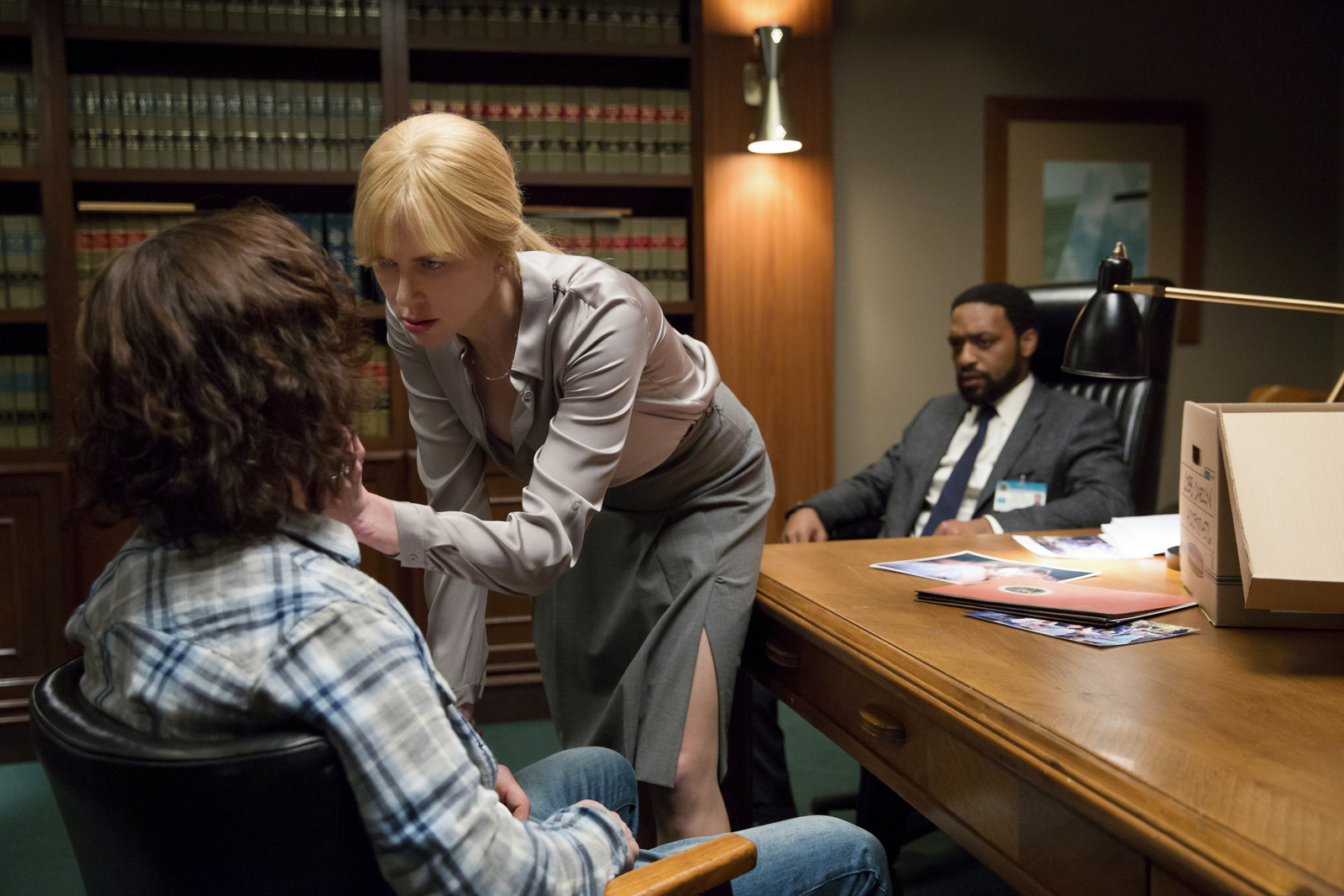 Billy Ray and Mark Johnson had known each other and each other’s work for decades, but had never worked together. When they saw the Argentine thriller “El Secreto de Sus Ojos,” neither of them could stop talking about it. “El Secreto de Sus Ojos, is spectacular,” says Billy, “I was completely floored by it, had a reverence for it that bordered on awe. Then Mark asked me if I wanted to adapt it. At first I was hesitant because you don’t want to take on anything that is so great that you feel dwarfed by it before you even start. But I did feel there was an American version of the story worth retelling and exploring.” Every time the pair got frustrated tackling the weighty subject matter, they had an unabashed cheerleader in Juan Campanella, who directed the Argentine film. “Here was a man who wanted to solve a cold case but the reason why he wanted to solve it was not only to find the culprit but to find the root of his own loneliness,” Campanella says. “That to me was very original. Contrary to what people might think, I really like it when somebody takes a piece of work and turns it into something different.” Billy says an impetus for the American version lay in the events of 9/11. ”The horror of that event was so big and so indelible for anybody who was in America at that time. But it created a story opportunity for our movie that no other context could have.” “Billy found a great twist on the story,” Campanella says. “He respected a lot of the emotion of the original but found a very American way of telling it.” Billy admits that he initially thought he was writing a movie about loss. “But it turns out that I was writing a movie about obsession. Stories do that sometimes, they tell you what they are about.

“Secret In Their Eyes” opens December 2 in theatres nationwide from Axinite Digicinema.