Opening this October 14 in Philippine cinemas from 20th Century Fox, “Bridge of Spies” is the story of a well-respected lawyer, James Donovan (Hanks) living the life of a typical family man in the ‘50s who took on a dangerous assignment and prevailed through sheer instinct and conviction of principle in the midst of the Cold War era when the USA and the Soviet Union, two of the world’s superpowers were at a crucial stage wherein their relations are at a heightened tension ready to explode in any given time. 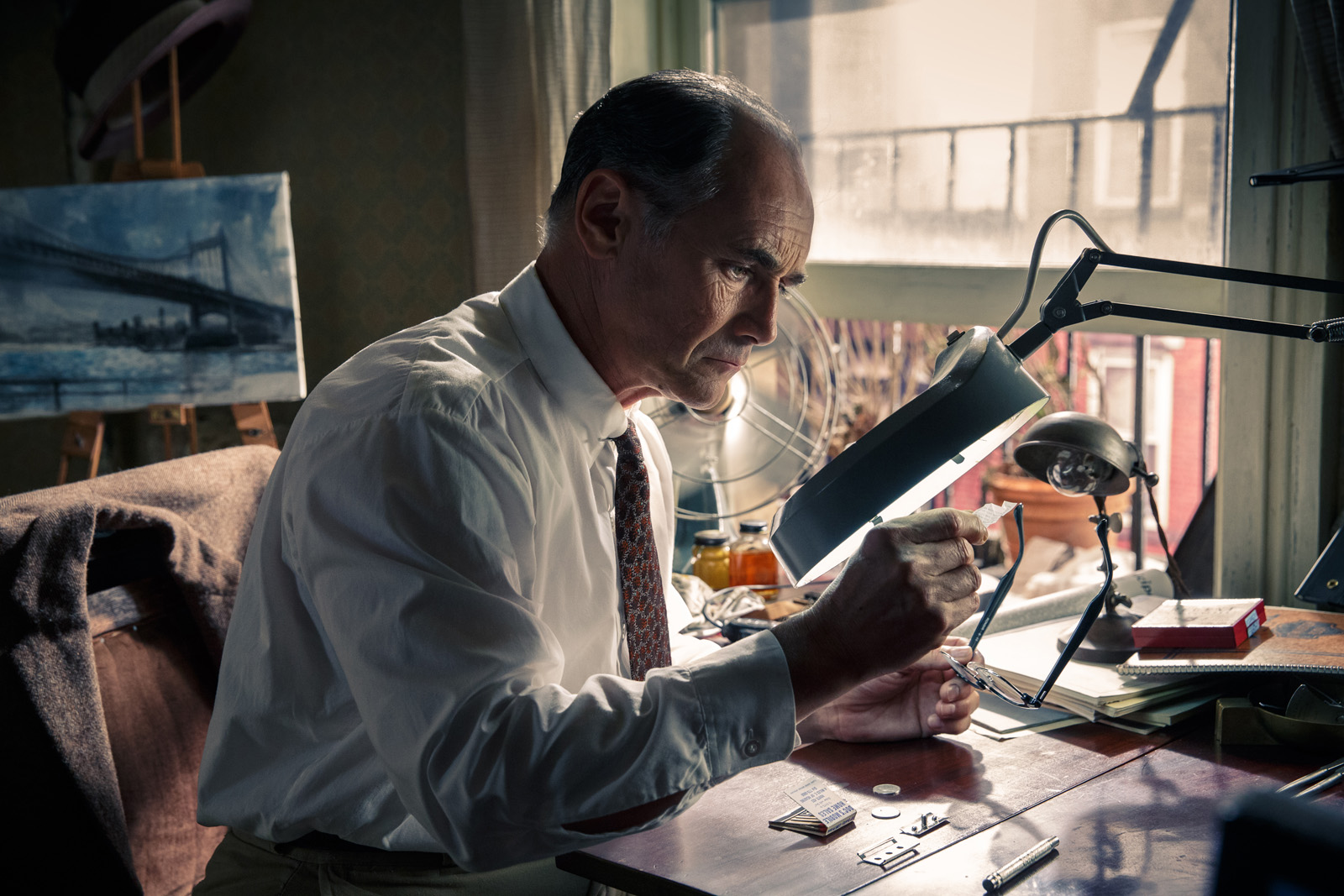 In the 1950s during the early stages of the Cold War, tensions are rife between the U.S. and USSR, so when the FBI arrests Rudolf Abel (Mark Rylance), a Soviet agent living in New York, the fear and paranoia only escalate. Charged with sending coded messages back to Russia, Abel is questioned by the FBI but refuses to cooperate, declining their offer to turn on his country, and is detained in federal prison pending trial.

The government, in need of an independent attorney to take on Abel’s defense, approaches James Donovan, an insurance lawyer from Brooklyn. As he prepares his defense strategy, a bond begins to develop between the two men, one built on mutual respect and understanding. Sometime later, an American U-2 spy plane is shot down over Soviet airspace while on a reconnaissance mission, and the pilot, Francis Gary Powers (Austin Stowell), and sentenced to 10 years in prison in Russia. Due to his incredible foresight, Donovan negotiates a prisoner exchange between the U.S. and the Soviet Union, driven by a love for his country, unwavering belief in his convictions and a tremendous amount of courage.

For Rylance, an actor best known for his acclaimed stage work in such productions as “Jerusalem” and “Boeing-Boeing” and the recent PBS miniseries “Wolf Hall,” the opportunity to work with Spielberg was incredibly humbling. Rylance also found the story moving and incredibly entertaining, and he appreciated the fact that it had the potential to really cause people to think. “This is a film about a man who does the right thing at the right time in the right place, and it’s an important story.” 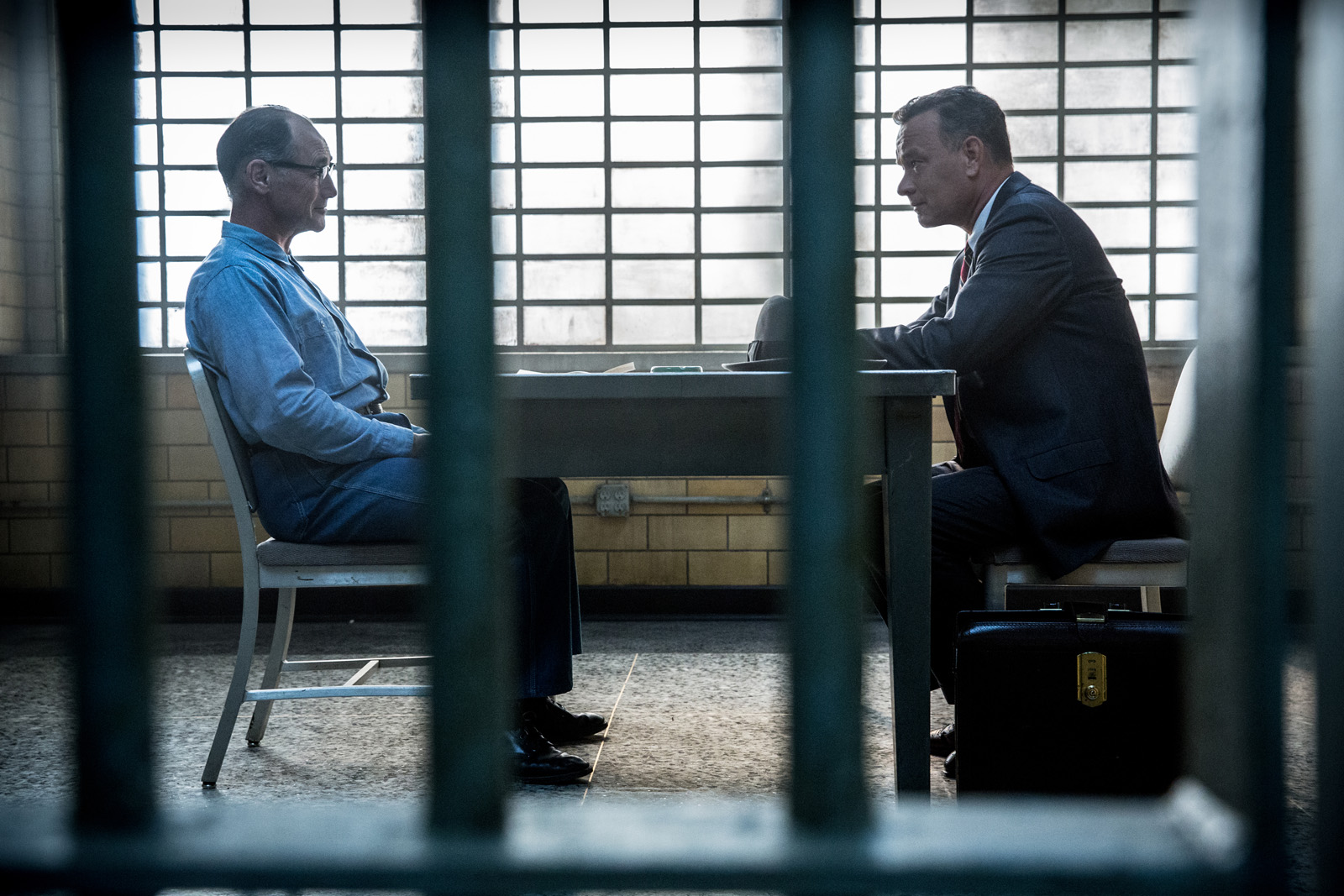 “What Mark brings to the role is a completely-realized self-assuredness. Mark will not take a moment and throw it completely out and come in and completely redo it,” says Hanks. “What Mark will do instead is construct the character in the scene that slow little motions of feint, either one way or the next, will bring a new jolt of energy to, but is still the same character he built.”

Abel, whose real name was Vilyam Fisher, passed away in 1971 and was rarely photographed or interviewed while alive. According to Rylance, “We don’t really know all that much about him, other than the fact that he received and passed on messages at various drop sites throughout New York using a hollow coin. He was, what you call, a sleeper spy. Abel had been in the United States for several years before he began these clandestine activities, and he wasn’t the chief organizer of the spy-ring, he just carried out the mission. But when he was caught, the U.S. government made him out to be a little more important than he actually was.”

Rylance had nothing but praise for Hanks. “Tom saw me in ‘Twelfth Night’ in Los Angeles in 2003 before the production was famous and he was one of the first actors to come to it and to come backstage afterward and talk to the cast, which was very exciting for everyone,” he says. “But what surprised me the most about Tom is that he loves to make people laugh and has this very goofy sense of humor, which immediately puts people at ease.”