Inspired by true events, “Bridge of Spies” is the extraordinary story of an unlikely hero James Donovan (Tom Hanks), an insurance claims lawyer from Brooklyn thrust into the dangerous world of international espionage when he is tasked with pulling off a near-impossible rescue mission at the height of the Cold War to negotiate the release of a captured American U-2 pilot Gary Powers (Stowell) in exchange of an arrested Soviet spy Rudolf Abel (Rylance). 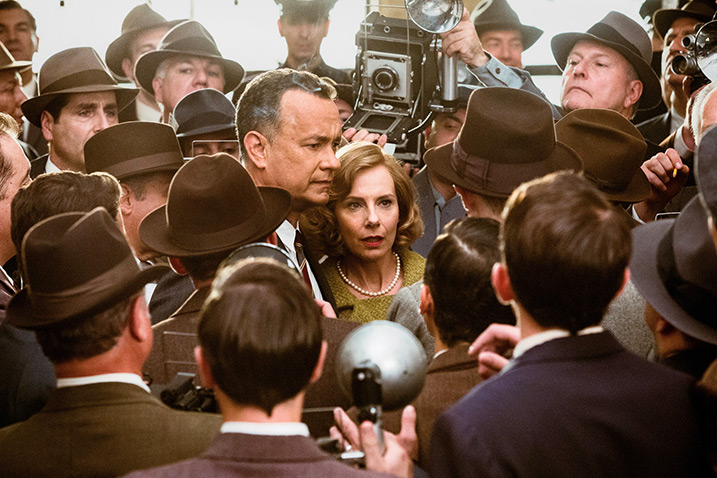 Director Steven Spielberg has often tackled seminal historical events throughout his career. A history enthusiast, his knowledge of the Cold War dates back to childhood when his father told stories of the deep-seated feelings of animosity and distrust that existed between the U.S. and Soviet Union, stories he still remembers today.

Actress Amy Ryan, who received an Oscar® nomination for her role as a hardened welfare mom in “Gone Baby Gone” and was most recently seen in the award-winning “Birdman,” signed on as Donovan’s supportive but strong-willed wife, Mary. In discussing what attracted her to the project she says, “Most screenplays take 10 or 15 pages before you get a sense of who the characters really are, but we find out that James Donovan is a fast-talking lawyer in the first few pages. Plus, I liked the fact that this woman, Mary Donovan, wasn’t just a ‘Yes dear, of course dear’ kind of wife. She had things of substance to say and really good, strong, smart opinions about the world in which her husband was stepping foot into, and I found that genuinely appealing.”

Before filming began, the actress had the opportunity to meet Mary’s granddaughter. “I saw her family’s wedding albums and vacation photos and heard firsthand stories where I found out that Mary was born in Bay Ridge, raised in a strong Irish Catholic family, graduated from Marymount College and eventually settled down in Park Slope,” Ryan explains. “Mary was proud of what her husband was doing, but she didn’t like the attention it drew to her family and worried that their children might be in danger.” 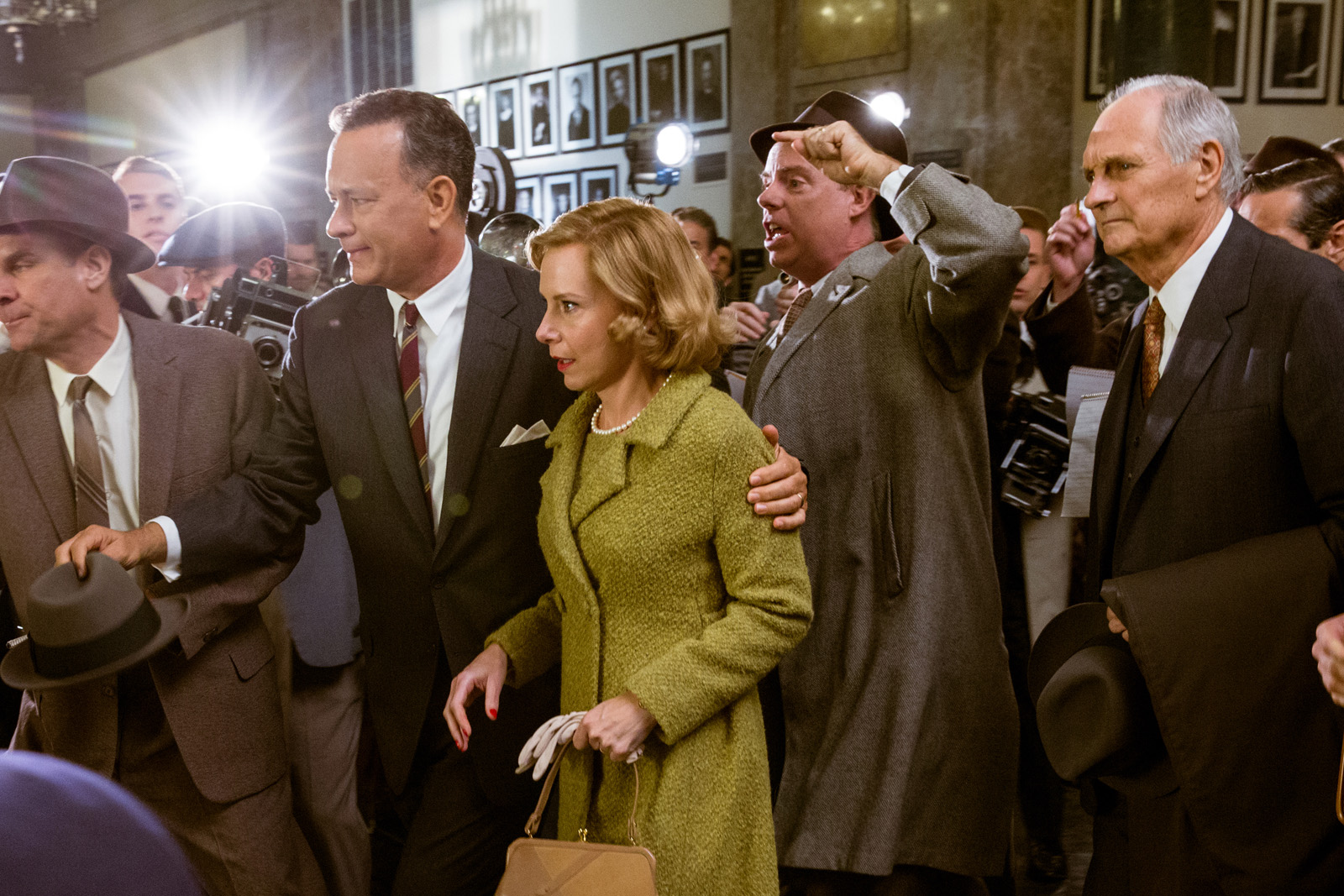 Ryan’s biggest challenge was making her character, a woman in the midst of extremely-trying circumstances, believable. Says Golden Globe® winner producer Marc Platt, “Amy’s portrayal of Mary has us rooting for her, but we also feel her conflict over wanting to protect her family. Her husband’s involvement with the case brings the family some danger and causes friends to sort of drop away, and you feel the tug-of-war within her to want to protect and love her husband and do what he thinks is right, and yet to protect her family at the same time, and you love her for that conflict.”

Ryan was especially thrilled to have the opportunity to work with Hanks, finding him generous, both in spirit and energy. “I was very impressed with the amount of enthusiasm he was able to bring to each scene, and he’s had so much experience as an actor that I tried to listen and observe as much as I could,” she says. “In addition to all the technical sides of knowing where the camera is going to be and where the lights are, he is still able to inhabit the scene so fully and truthfully…that is an amazing skill.”

And for Hanks, the feeling was mutual. “Working with Amy was amazing…I was always thinking that it looked as if she was hardly doing anything, and yet she was doing everything all at the same time.”

One of world history’s greatest untold stories unfolds in “Bridge of Spies” when it opens in Philippine cinemas this October 14 from 20th Century Fox to be distributed by Warner Bros.

The Guys Are on the Prowl in “How to Be Single”