Petit is the only one in history who has ever, or will ever, walk in the immense void between the World Trade Center towers. It’s a role that few other actors could play as memorably. “This was one of those roles that felt so particularly tailored to my desires and individual talents,” says Gordon-Levitt. 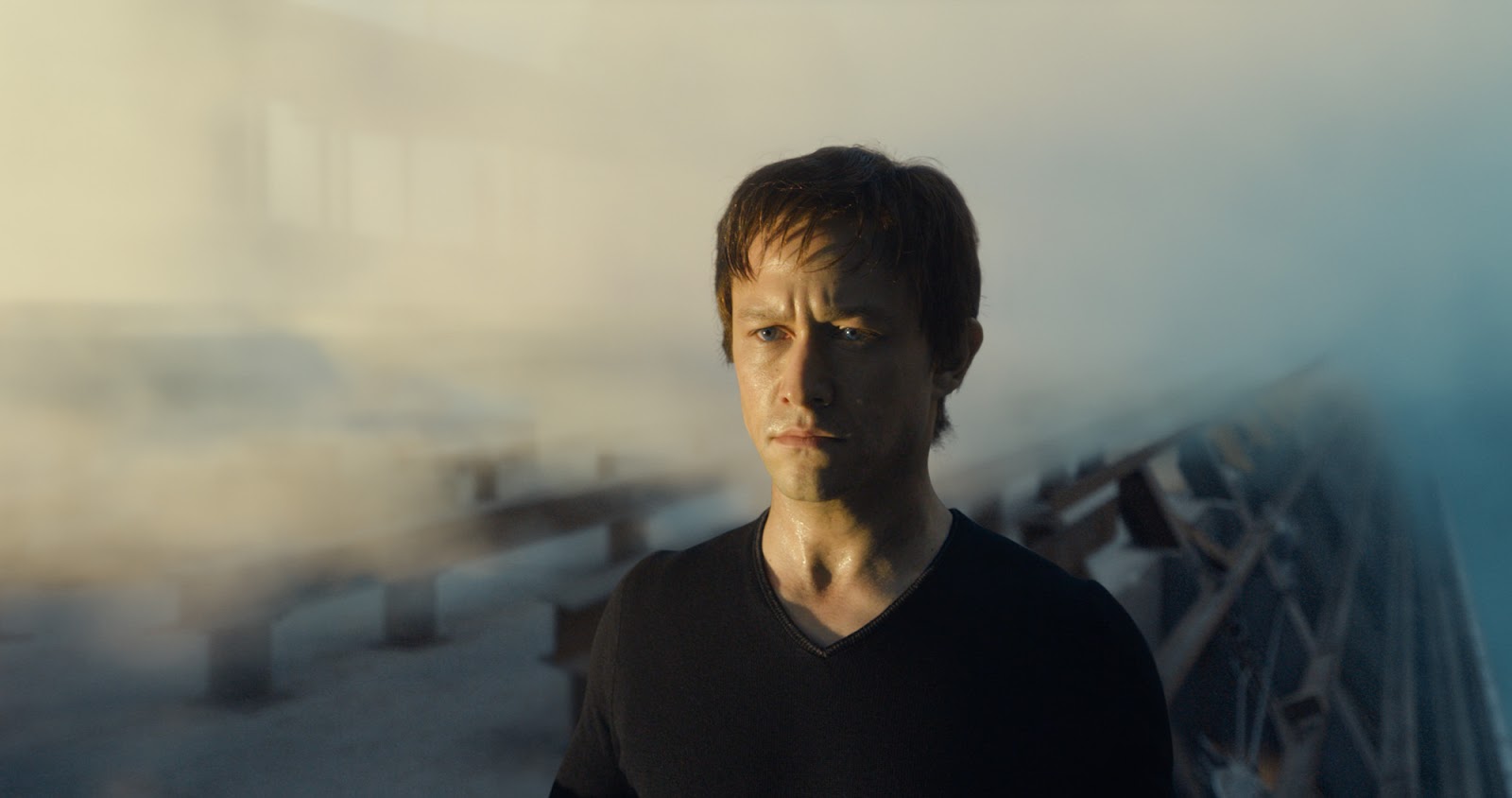 “When I first met Joe, I felt that he completely understood the heart and soul of this character,” says director Robert Zemeckis. “If you look at Joe’s body of work, he’s very much the consummate showman.”

Indeed, “The Walk” would make full use of Gordon-Levitt’s physical capabilities (as he has put on display multiple times, from a memorable song-and-dance routine, incorporating multiple backflips, in his hosting duties on “Saturday Night Live,” to spending weeks on a bicycle to film the lead role in the well-regarded thriller “Premium Rush”), melded with his abilities as an entertainer, as seen in his hosting duties on his television program, “HitRECord on TV,” combined with his interest in acting in thrillers, such as “Inception,” “Looper,” and “The Dark Knight Rises.”

In fact, Gordon-Levitt embraced the challenge of walking on the wire. “It was a serious challenge, but I like a challenge,” he says. “I love doing stuff with my body – incorporating physicality into a performance. There’s nothing like a close-up in a movie, but what you can convey to the audience with your body is also part of what makes the whole thing fun.”

“What is wire walking?” asks Zemeckis. “You could say it’s a stunt because it’s risky. It’s dangerous, that sort of stunt — you’re on a wire hanging, in the case of the World Trade Center towers, over 1300 feet in the air — but it’s also dance. It’s also gymnastics. It’s also ballet. It’s a whole physical performance, it’s not just the stunt—it’s an art form unto itself. It’s really interesting in that regard. In movie terms, it’s stunt work, but in reality it’s really probably ballet.”

So, Gordon-Levitt learned to walk on the wire. He couldn’t have asked for a better teacher: Philippe Petit himself. “I spent eight days straight with Philippe in a one-on-one workshop with him,” he says. “He was really generous with his time with me; we spent quite a bit of time together. He was teaching me how to walk on a wire, but what he was really teaching me was much broader than that. For Philippe, that balance on the wire is a metaphor for his whole life and creativity.” 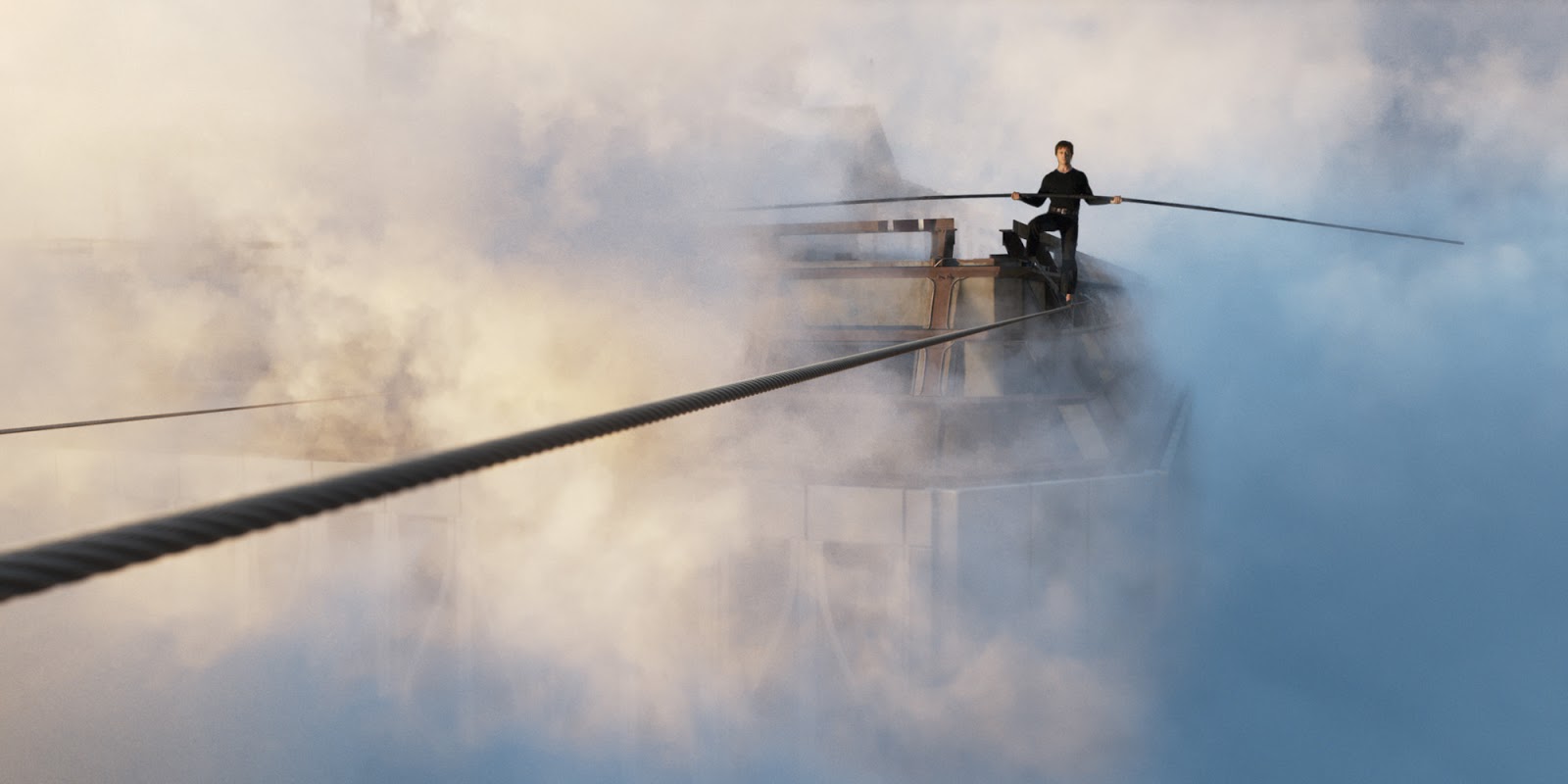 Gordon-Levitt says that Petit also shared his advice and wisdom for high-wire walking. “Before I met him, when I had just read his books and seen his interviews, I heard him say, ‘I never fall,’ and I’ll admit, at first, I misinterpreted it. I thought, ‘Well, that’s arrogant; he could fall.’ But then when we were together, he taught me what he meant by that. He said, ‘I jump, because it’s a decision.’ You never want to keep fighting the balance to the point that you lose control. If you are having a problem, you make a decision before it’s too late, and you deal with it. Either you jump to the mat, or, if you’re on the high wire, you kneel down. You do something about it, you don’t just fall.”

“I was able to teach him how to walk on the wire,” says Petit. “I did a private, one-on-one workshop, excruciatingly tiring, nine AM to five PM every day. Breaks of only thirty seconds – that’s how I was. I wouldn’t let him go. We started with the line on the floor, and by the end of our time, he was seven feet high on a thirty feet long wire.”

But Petit says that learning to walk the wire isn’t a matter of learning how to balance on a thin piece of rope; it’s about artistry. “I taught him my wire, not the high wire,” he says. “I taught him that there is no balance unless your body and your soul, or your heart or your mind, is in unison with your feet and with a balancing pole being held in your arms. And that to me is the secret of balance. Without passion, without soul, you’ll have a dumb acrobat on a rope.”

Ultimately, for Gordon-Levitt, wire-walking is a lot like acting. “The first step is very difficult, because you’re confronted with doubts,” he explains. “But then the challenge was to put the doubts aside and just focus on the joy, the enjoyment – I can do this, this is not hard. It reminds me of acting. You can get up in your head and think, ‘Oh my God, they’re rolling film, all these people are watching, I can’t mess this up’ – and you’re screwed. You can’t think that way. You have to be able to set all of those thoughts aside and focus. I felt a very parallel experience walking on the wire.”
Beyond learning to wire walk, Gordon-Levitt also found inspiration in playing the role of Petit.
“Philippe – what a character!” he says. “I’m lucky that I got to know and make friends with him. Getting to know his fierce determination and focus and, at the same time, this whimsical and exceedingly gentle, positive, magic person-to-person connection that he has – it’s really quite a combination.”

To play the role – a real person – the actor says that it was more important to capture the nature of the man than to do an impersonation. “The best way for me, as an actor, to honor a real person is to take them into my own self. Rather than slavishly imitate, I absorbed what I loved and admired about Philippe, and played my version of that. The most important thing was to tell the overall story that Philippe was telling by walking on this wire: you can do anything you imagine. You can create the impossible. That’s what magic is; that’s what art is.”