Don’t look now, but a Filipino-American contributed to the enormous critical and commercial success of Universal Pictures’ “Straight Outta Compton,” which traces the rise of influential (and notorious) rap group N.W.A. The film’s Director of Photography is none other than Oscar-nominated Fil-Am cinematographer Matthew Libatique, himself a life-long fan of hip-hop music.

Libatique describes to ICG (International Cinematographers Guild) Magazine, how he got involved with the film. “I was watching TV in a New York hotel room when I saw Ice Cube on Queen Latifah [the talk show], and she asked what he was doing next. When Cube said a film called `Straight Outta Compton,’ I literally jumped up and grabbed the phone. For the first time in my career, I called my agent and said I really want that project.”

Fortunately for Libatique, he and “Compton” director, F. Gary Gray, shared the same agency. They met on Oscar day, 2014, to discuss the film, and eventually sealed the deal. 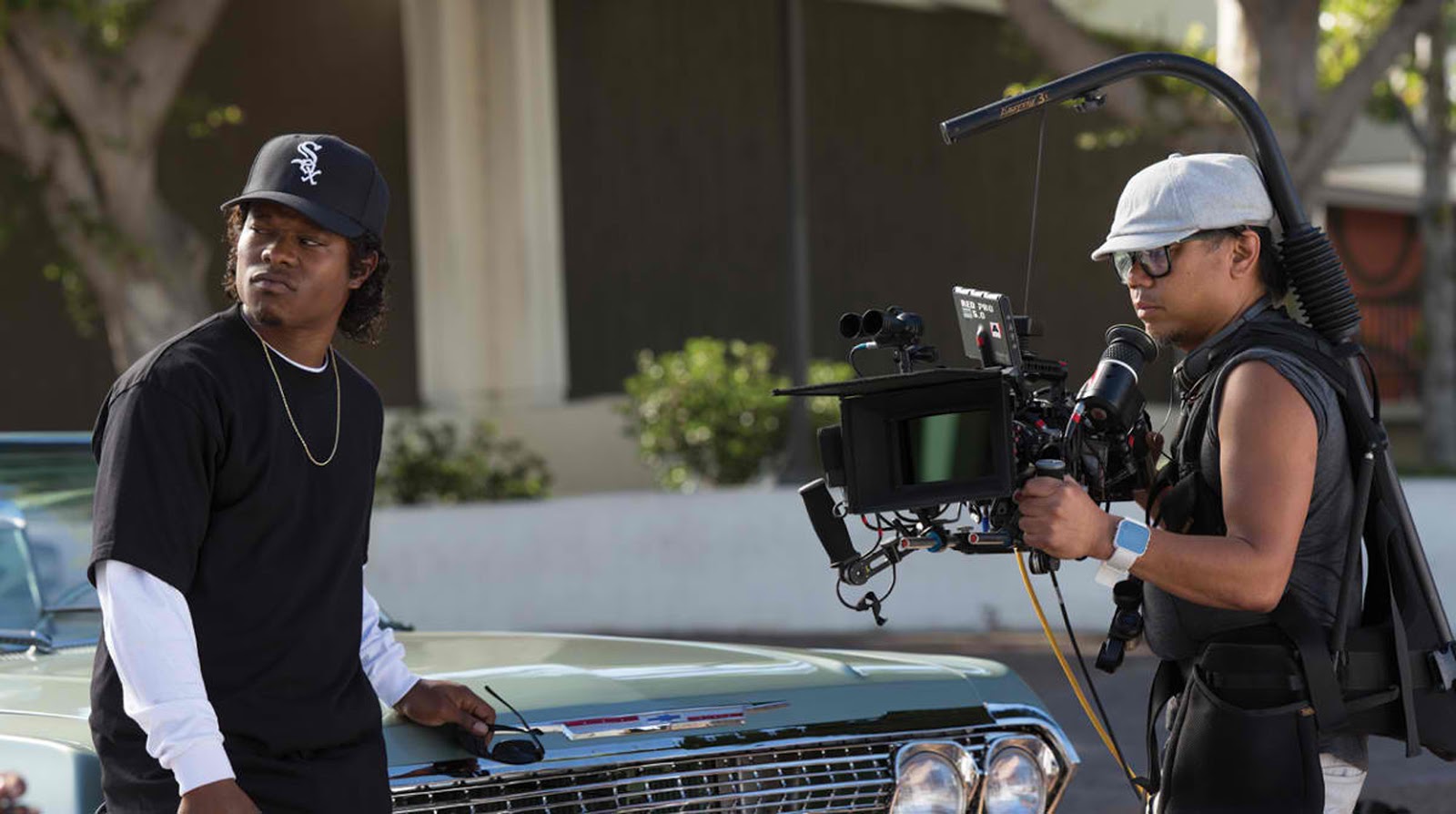 “I remember telling Gary [in that first meeting] how I read a lot of comic books as a kid, and my favorites were always the origin stories – the ones that showed how Batman or Superman or the Green Lantern became who they are. That’s what `Straight Outta Compton’ is – an origin story about people who ultimately become larger than life in the eyes of pop culture.”

Continues Libatique, “I know for me it’s one of the most passionate of projects I’ve ever done, because this music spoke to me like nothing else really has. And what was important, from my perspective as a cinematographer, was to get it absolutely right: to show who these superheroes were and where they came from.”

Libatique explains, “’Shooting anamorphic period is all about pulling back from that digital edge, particularly if you come from shooting film…We tried to keep the beginning of their stories as gritty as possible, using smoke and [for night scenes] changing out existing LED streetlights back to their original sodium vapor. That combination of the smoke, a dirty color palette and the anamorphic lenses introduces us to the first third of the story, before they make a record and go on tour.’”

“That same expansive range of vision is what N.W.A. brought to the world with its take-no-prisoners view of South Los Angeles in the late 1980’s, and it speaks louder than ever to a new generation numbed by recent law-enforcement killings of young black men across the nation. Although both Gray and Libatique don’t deny `Straight Outta Compton’ will inevitably have political and social overtones that mirror recent events, they insist the film’s themes of fame and fortune, poverty and unrest, loyalty, betrayal, and brotherhood among young men are timeless.”

Matthew Libatique has forged a unique career over the past two decades. He began with the goal of becoming a music-video cinematographer because he was drawn to the potential of electronic image manipulation, but soon he was creating bold, innovative imagery for longer forms. Libatique has a long-standing professional relationship with director Darren Aronofsky, for whom the cinematographer scored an early breakthrough with “Pi,” a disturbing portrait shot in black-and-white 16mm. Libatique pushed the film emulsion to its limits and beyond to portray an unstable, deteriorating mind obsessed with numbers. “Pi” won the Directing Award at the Sundance Film Festival, and Libatique was honored with an Independent Spirit Award nomination for his work; Libatique’s feature-film career was off and running. 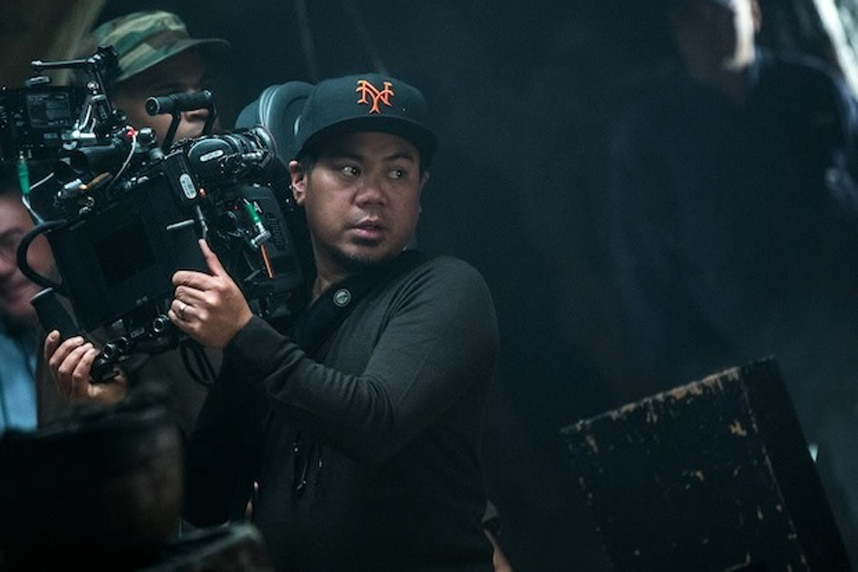 Most recently, Libatique and Aronofsky worked together on “Noah,” their sixth collaboration. Libatique was nominated for an American Society of Cinematographers (ASC) Award and an Academy Award® for “Black Swan,” also directed by Aronofsky. “Black Swan” was shot in Super 16, which is rare for an Oscar® nominee in the cinematography category. For his work on “Black Swan,” Libatique also received BAFTA, Critics Choice and the Independent Spirit Award nominations, to name a few.

Libatique’s other collaborations with Aronofsky include “Requiem for a Dream,” for which Libatique won the Independent Spirit Award for Best Cinematography, as well as nominations from the Boston Society of Film Critics and the Online Film Critics Society. Libatique also served as director of photography on Aronofsky’s “The Fountain,” they had first worked together on the short film “Protozoa” in 1993.

Libatique has ongoing collaborations with several directors, including Spike Lee, for whom he photographed “Miracle at St. Anna,” “She Hate Me” and “Inside Man,” Joel Schumacher, on “Tigerland” and “Phone Booth” and Jon Favreau, on “Iron Man,” “Iron Man 2” and “Cowboys & Aliens.”