Robert De Niro plays a 70-year-old widower and retiree who gets the chance to begin again as an intern at a local Brooklyn start-up, in Warner Bros. Pictures’ new drama comedy “The Intern.”

In the film directed Nancy Meyers (“It’s Complicated,” “The Holiday”), De Niro stars as Ben Whittaker who has discovered that retirement isn’t all it’s cracked up to be. Seizing an opportunity to get back in the game, he becomes a senior intern at an online fashion site, founded and run by Jules Ostin (Anne Hathaway).

The legendary actor says he appreciated the opportunity to collaborate for the first time with director Nancy Meyers. “This is the kind of movie that Nancy does and does so well. It’s in some ways a classic Hollywood comedy, but not of the past; it’s very contemporary. Here, she hits on something I think a lot of people can relate to: they’re not necessarily sure anything has changed other than they just got older, but they still have plenty to offer and are able to be productive.” 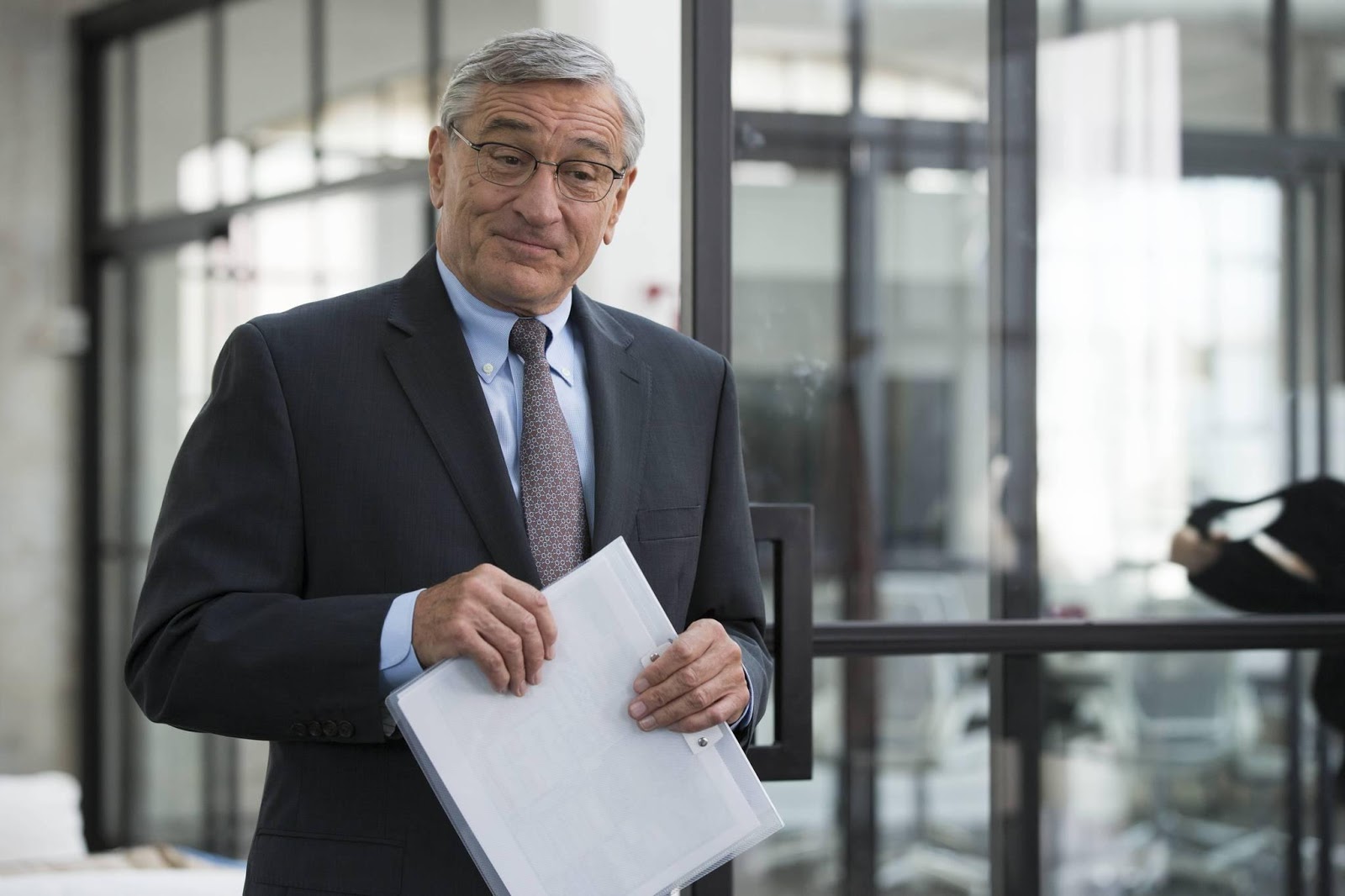 We first meet Ben Whittaker at a Tai Chi class because, Meyers reveals, “I saw some humor in that choice, but also because I believed Ben would know how good Tai Chi is for you.” Despite his apparent Zen, we soon learn that Tai Chi is only one of the ways in which Ben is going through the motions to forestall his restlessness as a retired widower. To fill his time, Ben plays golf and pinochle, goes to movies, reads; he’s taken cooking lessons, learned Mandarin, tried yoga and used all his frequent flier miles to travel the globe. But something is still missing.

Meyers affirms, “Ben misses work; having a place to go. He’s looking to be a part of something again. He goes to Starbucks every morning by 7:15 just to be on the periphery of the hustle and bustle.”

De Niro notes, “Ben didn’t have an overly ambitious career, but he’d done well and felt fortunate. Now he’s finding retirement to be a different thing from what he expected. I guess it depends on what you’re retiring from, but Ben is someone who actually liked his job.”

Meyers considered having De Niro in the role of Ben to be something of a casting coup, stating, “Bob’s a brilliant actor with tremendous depth and range. In his other comedies, he’s often played a humorous version of the tough guy, but in ‘The Intern,’ we get to see a different side of Bob. Also, in our film, he’s not only playing against Anne Hathaway, as her intern who becomes more of a mentor than a mentee, but he’s also playing against a group of young actors, several from Comedy Central. Their backgrounds couldn’t be more different, and that led to some very rich moments on and off screen.” 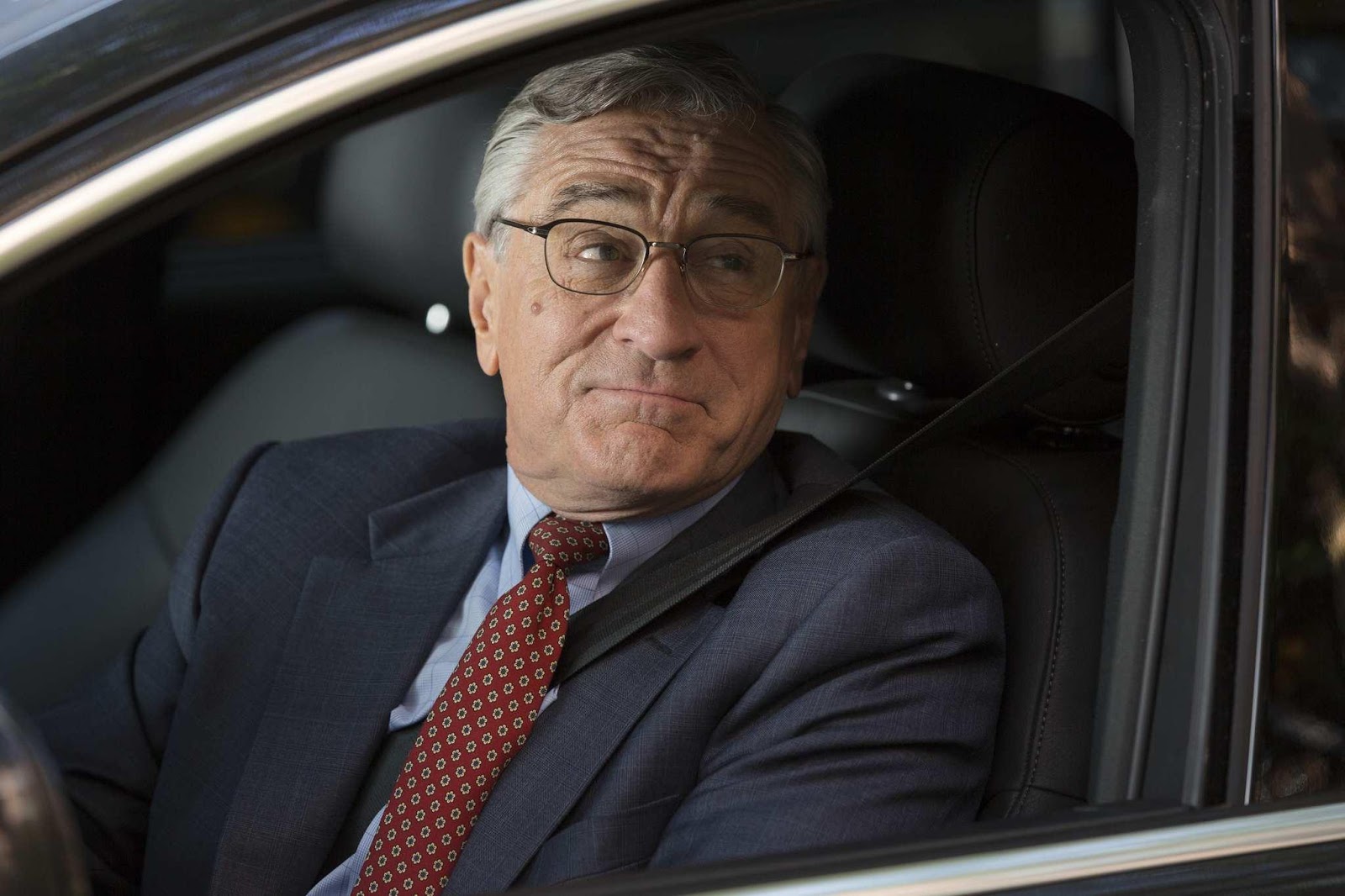 The director also observes that De Niro and Hathaway’s chemistry established a powerful dynamic between their characters. “It’s this magical thing that happens if you’re lucky,” says Meyers. “It can’t be forced, it just happens. There’s just something special between Ben and Jules, and also Bob and Annie. And I believe it’s very palpable on screen.”

The two actors confirm their admiration for each other was entirely mutual. “This kind of comedy has a certain precision, with a lot of dialogue and timing,” says De Niro. “It’s why you need a good partner and I couldn’t have had a better partner than Anne. “She’s very professional and very much a team player. She was great.”

Opening across the Philippines on Thursday, September 24, “The Intern” will be distributed by Warner Bros. Pictures, a Warner Bros. Entertainment Company.