Hannah Ware, best known as Emma Kane in the Emmy-nominated Starz show “Boss,” and as the lead in ABC’s “Betrayal,” opposite Stuart Townsend and whose remarkable portrayal in “Cop Out” and “Shame” further demonstrated her range stars anew in the upcoming highly kinetic and stylized action film “Hitman: Agent 47” opposite Rupert Friend and Zachary Quinto.

“Hitman: Agent 47” features an all-star cast headed by Rupert Friend (“Homeland”) in the title role while Hannah Ware plays Katia van Dees, who’s on a quest to find the person who holds the key to her past and future, Zachary Quinto (“Star Trek”) takes on the role of John Smith, a man holding key secrets and unimaginable strength, Ciarán Hinds (“Game of Thrones”), as a scientist whose secret, world-changing research is valued by powerful forces seeking to exploit it, Thomas Kretschmann (“Avengers: Age of Ultron”) as Le Clerq, the mastermind behind an insidious, global plot that threatens 47 and Katia and famed Asian star Angelababy as Diana, 47’s handler, who provides him with clients, targets, and information. 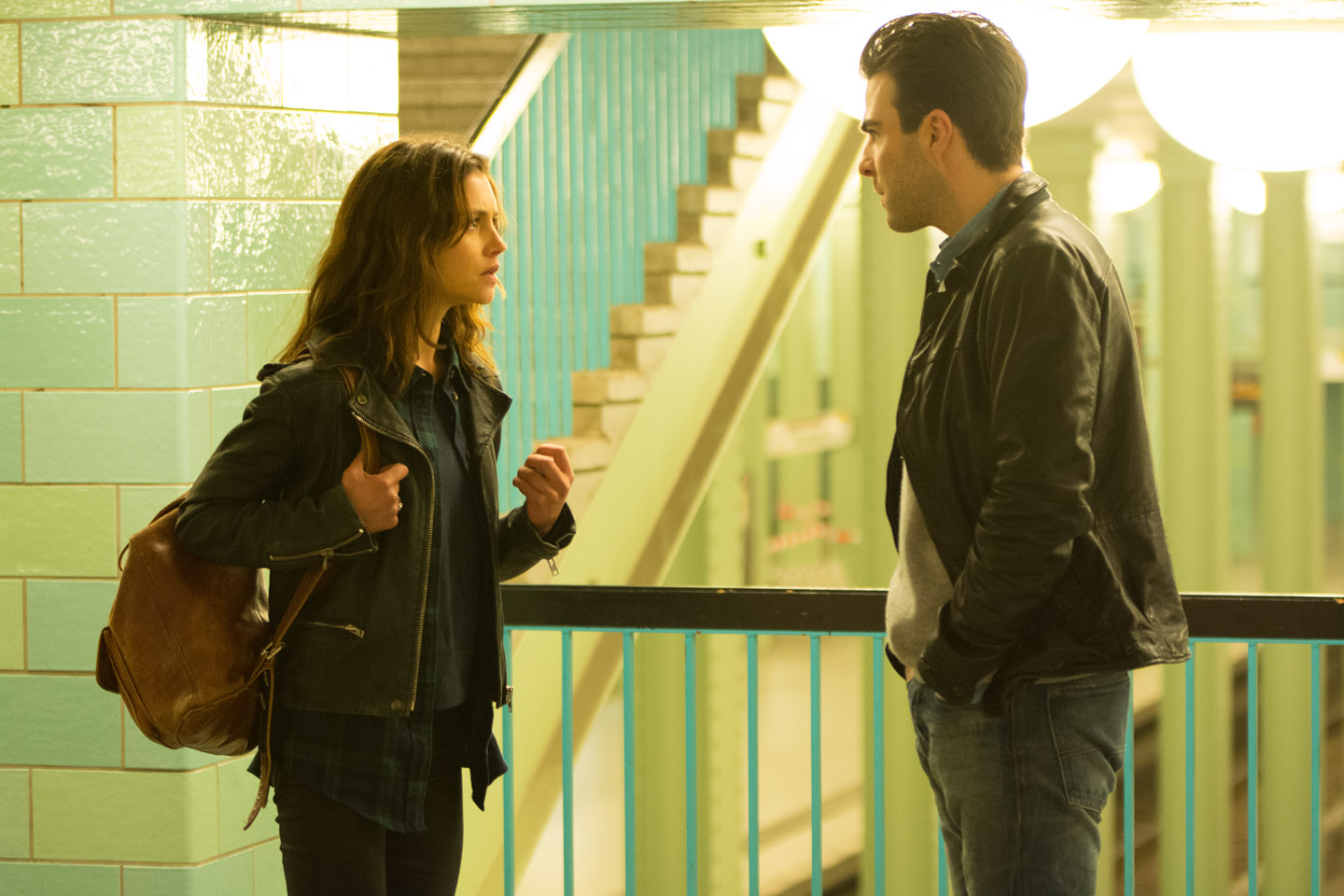 At breakneck speed, everyone’s number is up in “Hitman: Agent 47” where the filmmakers introduces a fresh start and brand new take on the iconic figure based on the phenomenal video game. Directed by Aleksander Bach, Ware plays Katia, a troubled young girl who finds herself dragged into a life or death struggle that may have more to do with her than she realises. Ware’s character of Katia is, in several ways, the heart of the movie. When we meet Katia, she’s lost, off the grid, and on a quest to find someone she barely remembers but who may hold the key to an incredible secret about her childhood and family.

Says Hannah Ware: “Katia leads a nomadic existence and has no interest in socializing – or anything else, for that matter – that could distract her from her goal. So she doesn’t really fit in anywhere or with anyone. ” Katia’s journey and search for answers are marked by a relentless determination, which Ware embraced. “She doesn’t fit in, but at the same time, Katia can be ferocious and brave,” says the actress. “I can identify with her fierce resolve.” 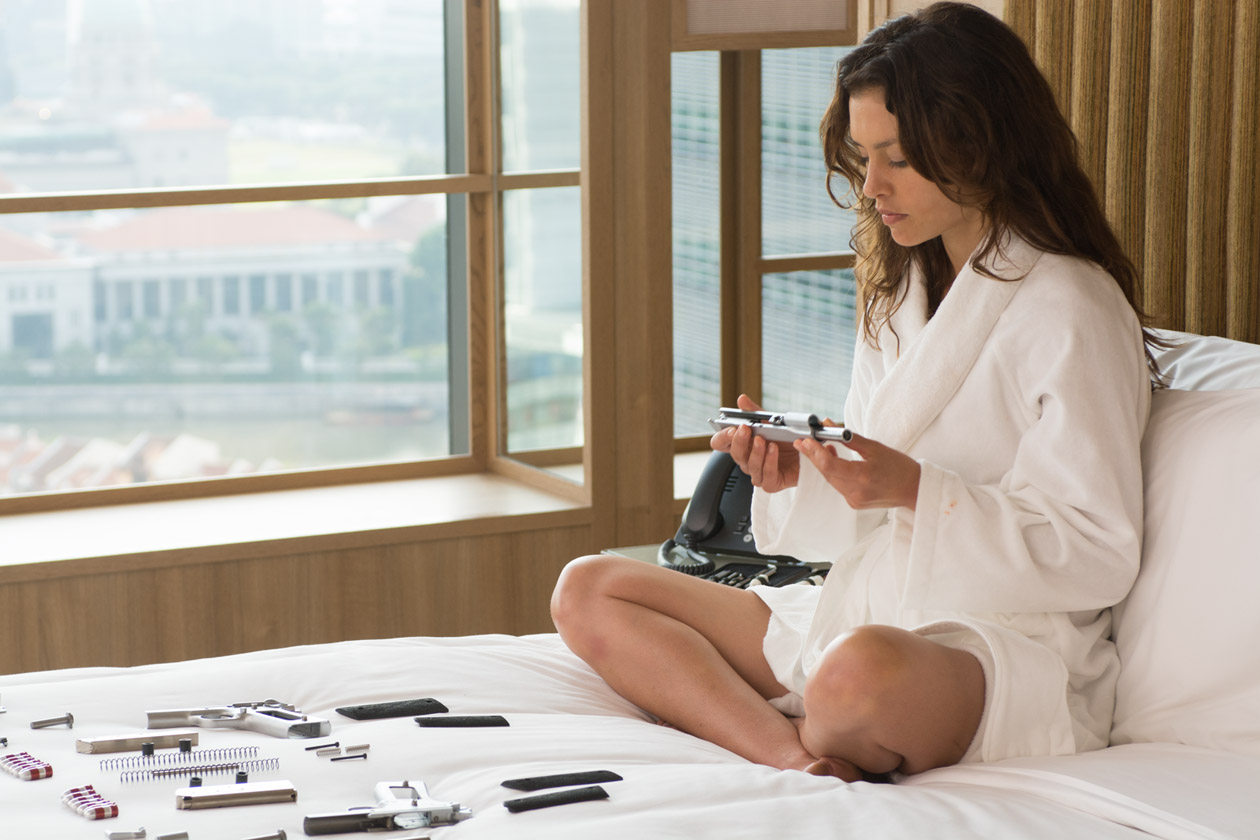 As the story unfolds, Katia discovers an unexpected and intriguing connection with 47, which in turn amps up the action and provides additional opportunities for character exploration. She learns they are more alike than she could have ever imagined. 47 becomes her mentor, teaching her many of his signature moves, even if it means putting her in harm’s way. “It’s a huge rite of passage for the character,” says Ware. “47 teaches Katia and frees her in ways beyond her understanding, at first. He tests her, which reveals Katia’s true nature. It’s ultimately very liberating for her. I think Katia definitely brings out a side of 47 that you would never see, and I’m not sure you’d see in the video game. You will definitely see a very different side to him.”

Fight and action sequences were helmed by Chad Stahelski and David Leitch who are all from 87-11 Action Design, one of the world’s premiere stunt teams who have overseen stunts for “Jurassic World,” “The Hunger Games: Catching Fire” and “John Wick.” Katia is a complex figure that keeps us guessing and has action sequence unique to her role, and Ware’s co-stars say the actress brings the character to life in unexpected ways. “Hannah brings a wonderful naiveté to the role,” notes Rupert Friend. “Katia learns a huge amount about herself, which required an actor who wasn’t afraid to embrace that naiveté so she can then embrace a stunning transformation.”

“Hitman: Agent 47” opens this August 19 in cinemas nationwide from 20th Century Fox to be distributed by Warner Bros.

“Pirates of the Caribbean: Salazar’s Revenge” Character Posters Are Here!