Set against the backdrop of the early 1960s, at the height of the Cold War, “The Man from U.N.C.L.E.” centers on CIA agent Solo (Cavill) and KGB agent Kuryakin (Hammer). Forced to put aside longstanding hostilities, the two team up on a joint mission to stop a mysterious international criminal organization, which is bent on destabilizing the fragile balance of power through the proliferation of nuclear weapons and technology. The duo’s only lead is Gaby Teller (Vikander), the daughter of a vanished German scientist, who is the key to infiltrating the criminal organization, and they must race against time to find him and prevent a worldwide catastrophe. 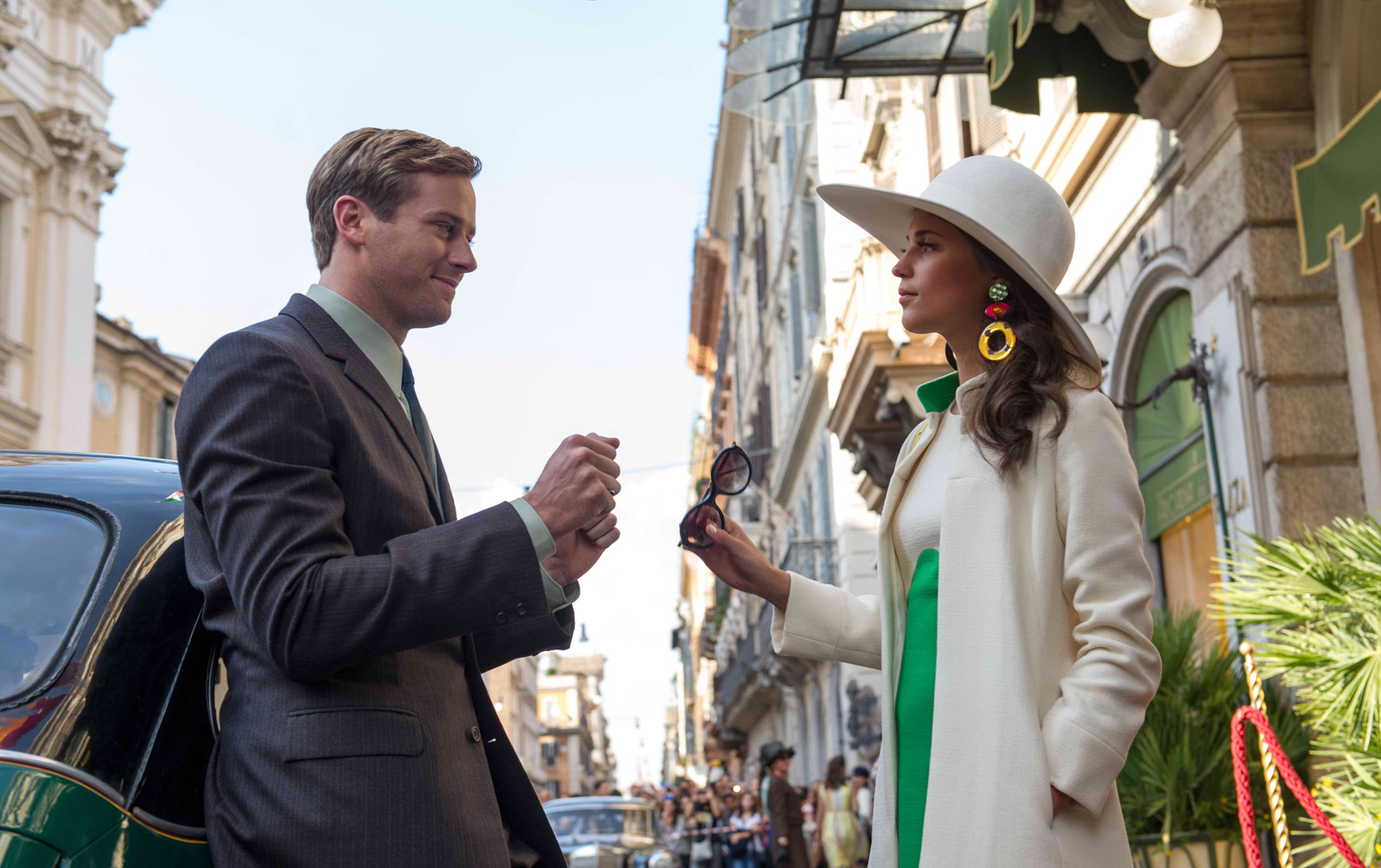 Solo and Kuryakin’s working relationship requires a cover, and that’s where newly sprung East Berliner Gaby Teller becomes a more hands-on participant. In order to locate her father, presumably held captive in Rome by a criminal cabal, including Gaby’s odious Uncle Rudi, she is pressed into a ruse in which Kuryakin will pose as a Russian architect and she as his loving fiancée. In Rome on holiday while her faux husband-to-be studies structural design, Gaby will reach out to Rudi for her father’s whereabouts, in view of her upcoming nuptials. Solo, meanwhile, will work a parallel angle, pretending not to know the happy couple while remaining close.

“We were fans of Alicia’s from ‘A Royal Affair,’” says producer Lionel Wigram, “and of course she’s gone on to so many other successes since then. “We wanted a European actress for the role, someone who could play German and had that fantastic mixture of youth and naiveté with real intelligence and strength.”

Making the transition from unpretentious garage mechanic to couture-draped arm candy isn’t easy for the straight-talking, down-to-earth young woman. “But if it will keep her this side of the Berlin Wall for the rest of her life, Gaby is game for just about anything,” says Vikander.

“I loved the fact that they made her a cool, tomboyish girl with a lot of character,” she continues. “Gaby was brought up in a man’s world and so she’s quite feisty and she knows how to stand her ground. If anything, she has a tough time relaxing and pretending she wants to be just a pretty housewife, and I think it’s partly her desire to assert her independence that causes sparks to fly between her and Illya.”

Gaby creates sparks between Kuryakin and Solo, too, but only insofar as it gives them more to clash over, starting with a comical scene in which they try to one-up each other with their designer savvy while helping Gaby select her mod wardrobe…perhaps causing her to wonder if navigating Armageddon might be the easiest part of this mission. 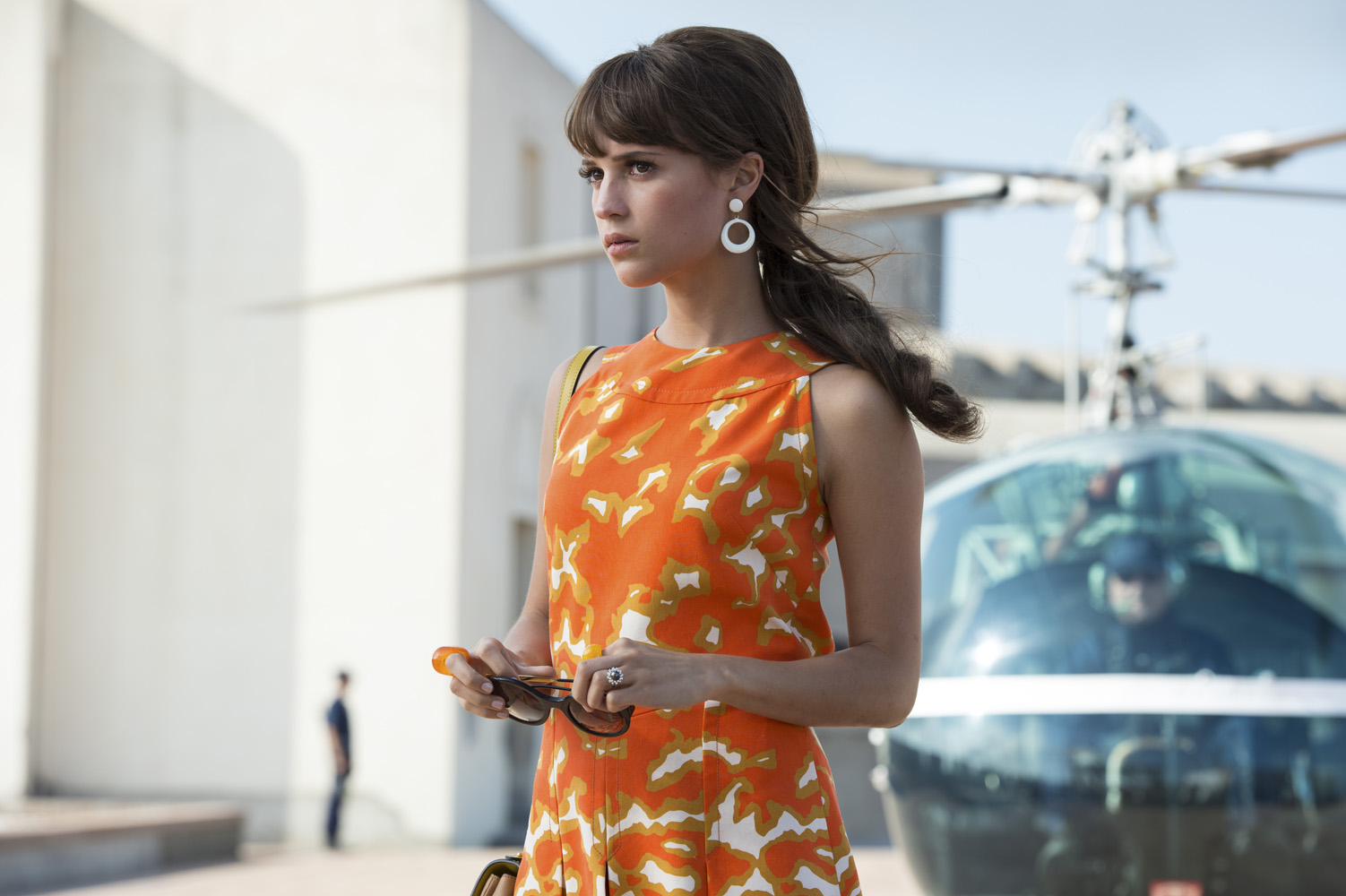 Vikander has garnered international recognition since bursting onto the scene in her film debut, “Pure.” She won Sweden’s prestigious Guldbagge Award for Best Actress in 2011 for her performance as Katarina in the 2010 Swedish drama.

2015 will see her in no less than eight films, and her upcoming projects include a starring role in the next installment of the “Bourne” action franchise, opposite Matt Damon.

Vikander also starred in the lead female role opposite Oscar Isaac and Domhnall Gleeson in Alex Garland’s directorial debut, “Ex Machina,” released in the US in April. It has been storming the U.S. box office and enjoying critical acclaim across the board.

Vikander recently wrapped “The Danish Girl,” starring opposite Eddie Redmayne, inspired by the true story of Danish artists Einar Wegener and his wife, Gerda. The film is set for release in the U.S. in November. She will also be seen starring in Derek Cianfrance’s “The Light Between Oceans,” based on the M.L Stedman novel, opposite Michael Fassbender; and the 17th Century romance “Tulip Fever,” alongside Jack O’Connell, Dane DeHaan and Christoph Waltz, directed by Justin Chadwick.

Her other film credits include Joe Wright’s “Anna Karenina,” alongside Keira Knightley and Jude Law; and “A Royal Affair,” nominated for a Best Foreign Language Film Oscar.