Actor Corey Stoll (“The Strain,” “House of Cards”) is poised to bring a newly realized villain to the Marvel Cinematic Universe when he becomes Darren Cross aka Yellowjacket in Marvel’s “Ant-Man.”

Stoll explains, “There is a Darren Cross in the comics but he’s really not related to this and then there is a Yellowjacket but that was just one incarnation of Hank Pym, so this is its own thing and it’s an incredible license to be able to create a unique villain.”

Stoll was excited by the idea of playing a villain like Darren Cross because “the character is a great excuse for being able to be really broad and playful.” “Darren has this idea that he needs to be this salesman and this larger-than-life figure, so he goes at it but he keeps falling short,” elaborates Stoll. “It’s a really fun character to play because you have that opposition of the very scared little boy inside and the very boastful, industrial captain on the outside.” 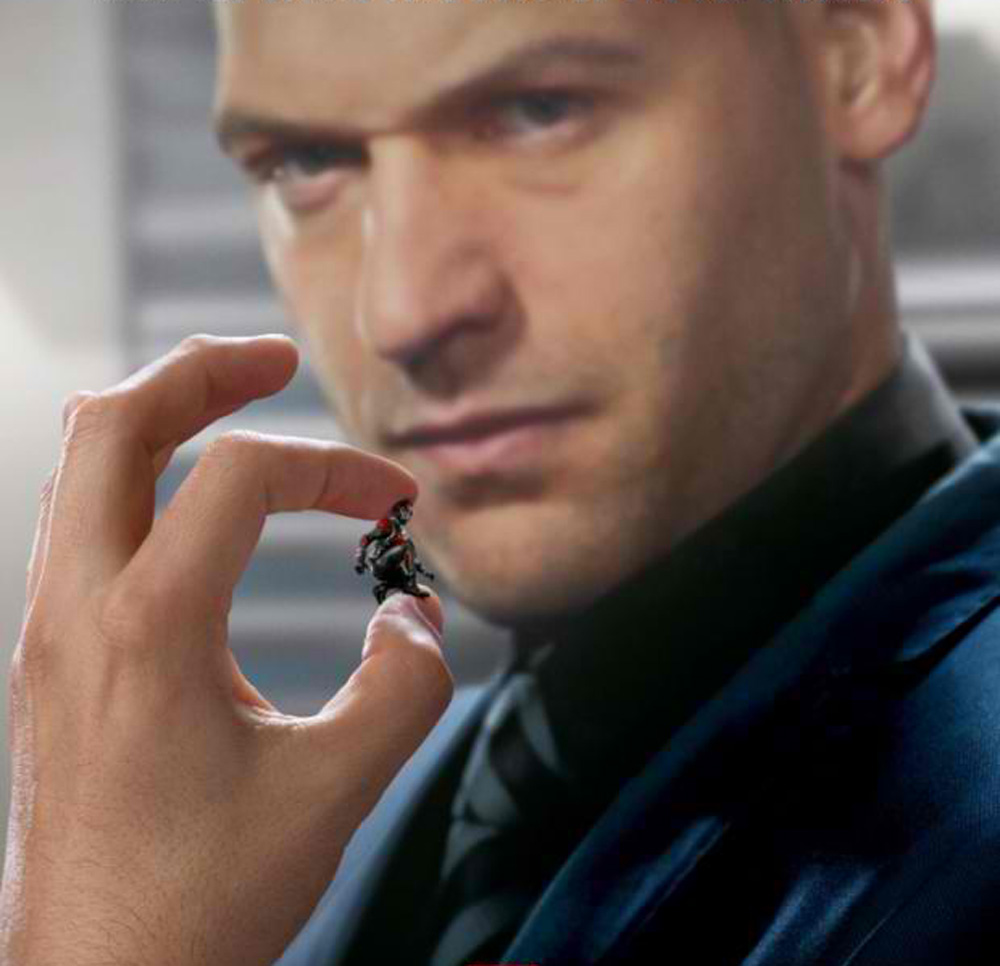 Describing Darren Cross and his background with Hank Pym, played by Michael Douglas, Stoll says, “Darren Cross was Hank Pym’s mentee. Pym found him at a very young age and took him under his wing. As Darren spent time at Pym Tech he got a whiff of this other life that Hank Pym had as Ant-Man and this incredible technology to be able to shrink in size and he became enthralled with it and obsessed with it and wanted to pursue it. Hank had decided to leave all that behind because he realized what a ‘Pandora’s box’ the technology was, so he shut him out. Hank is not the warmest father figure possible and it really broke Darren’s heart. Darren took over the company and is now the CEO and is full steam ahead trying to pursue that technology.”

In the film, Stoll’s character interacts with Hank Pym’s estranged daughter, Hope van Dyne, played by Evangeline Lilly, on several levels. “Darren and Hope work together at Pym Tech and both have a similar relationship, to Hank, even though Hank is Hope’s real father,” relates Stoll. “Hank is a very judgmental and difficult father and they share that resentment, yet at the same time they have that desire to try to impress this father figure.” 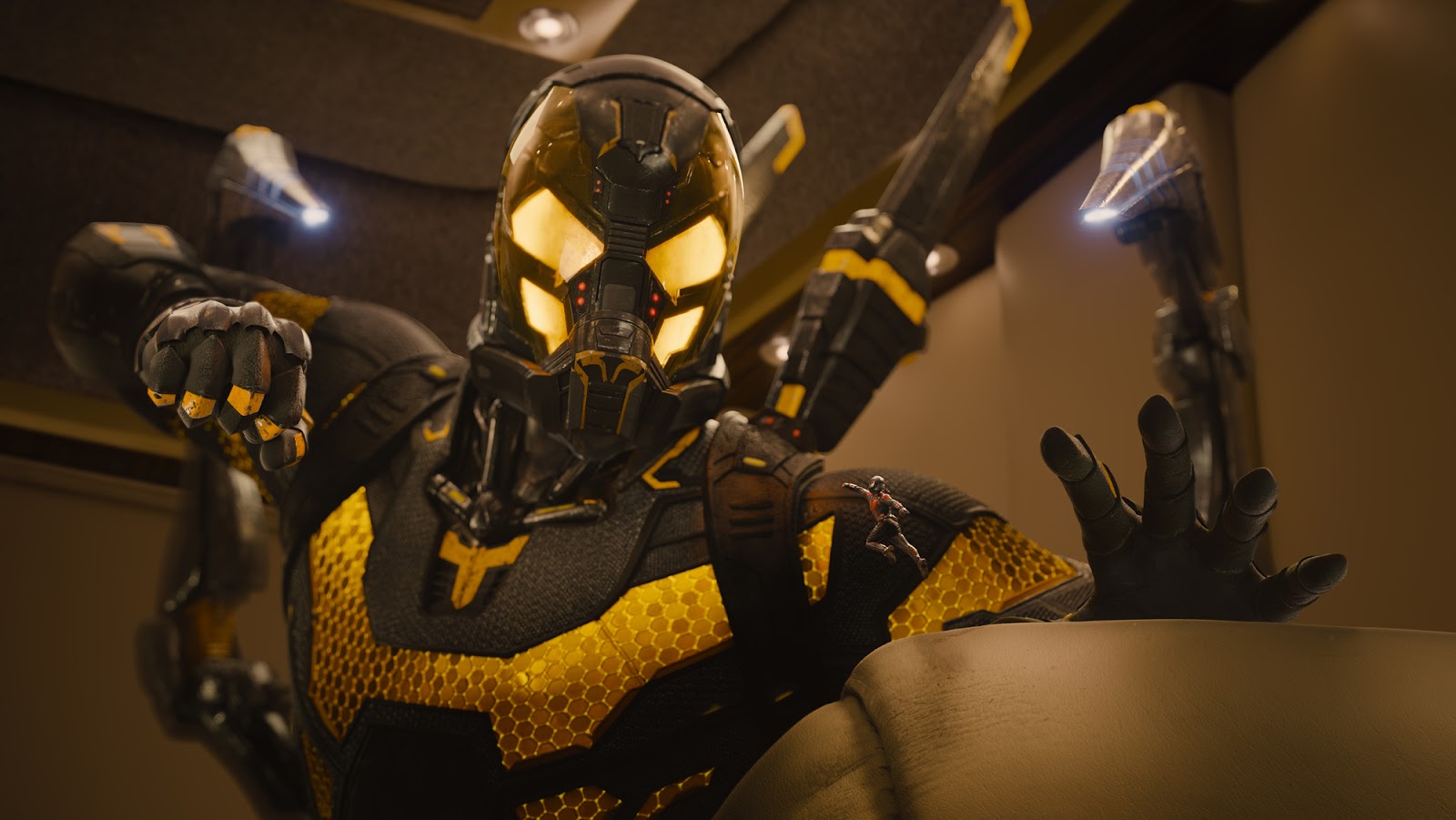 Darren Cross has a very different relationship with Scott Lang, played by Paul Rudd. Describing their contentious sparring, Stoll says, “Darren despises Scott Lang. Darren believes that he, Darren, is the perfect son; he’s done everything right. He is just like Hank. He’s brilliant; he’s involved with science and he’s done nothing but try to earn Hank’s love and admiration. Then this thief comes along and suddenly he gets to wear the suit and it’s just an abomination to Darren.”

But Ant-Man is not the only character with a suit, as Darren Cross also designed one with enhanced abilities—the Yellowjacket suit. Stoll explains, “The Yellowjacket suit is just much more armored and can withstand bullets and all sorts of stresses. It can fly and it’s got these articulating arms that can shoot plasma rays. It also has all sorts of sort of sensors and infrared vision.”

Offering an overview of the tone of the film, Stoll says, “The tone is unique. It has humor and crazy action but also themes of fatherhood and loss. The biggest challenge making the movie was really finding that right tone. The story constantly has to move forward and there is this incredible lightness and this almost sort of satirical angle but at the same time the characters have to be rooted. We’re not just doing something because it’s cool; it has to be motivated by the characters.” 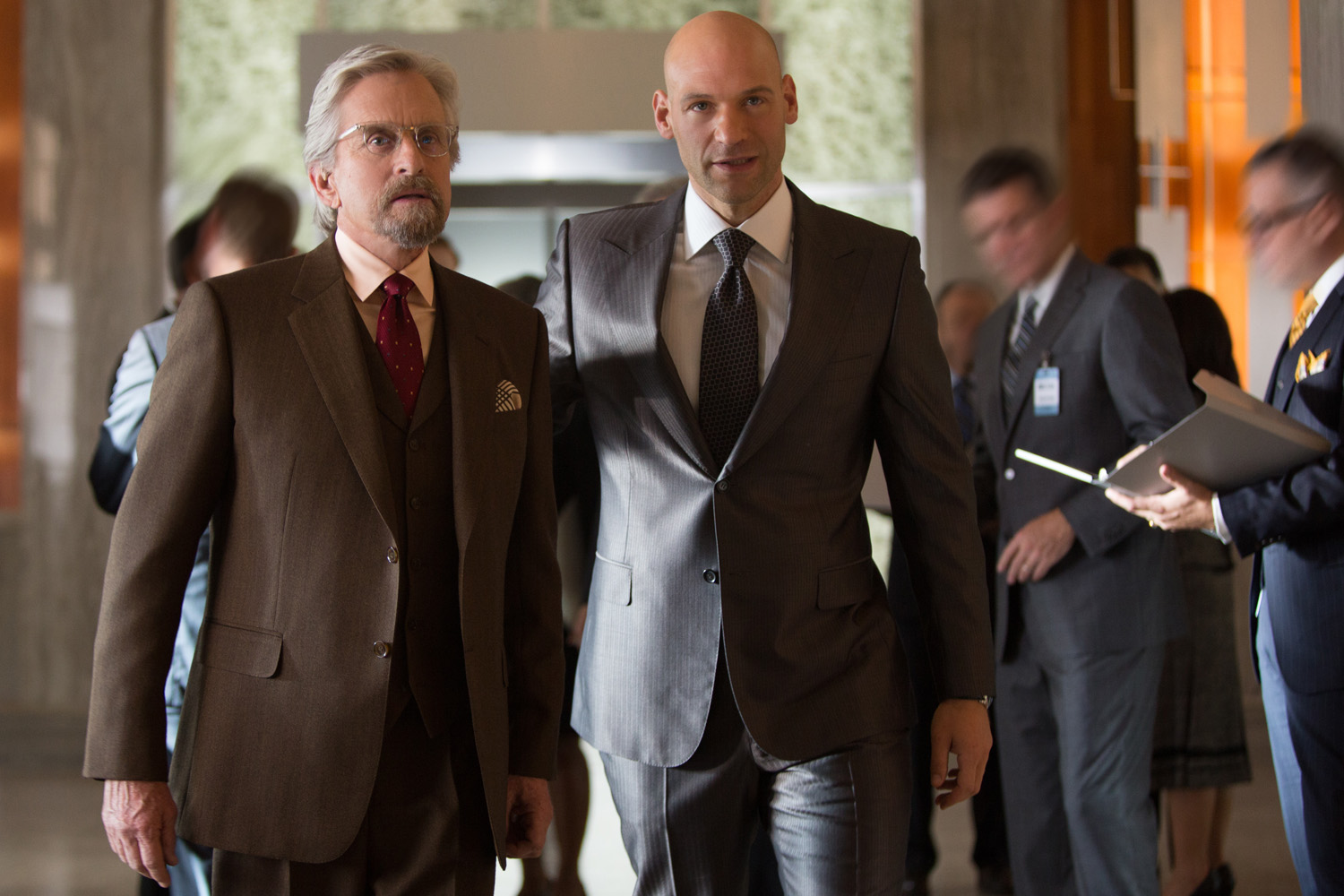 The scale of the action when Ant-Man is in shrinking mode fascinated Stoll, who says, “It’s inventive and playful in this incredible Rube Goldberg invention sort of thing where the conceit of shrinking suddenly opens up this whole world of different environments to fight in. They echo larger environments, so when Scott’s inside of a computer, it suddenly looks like Tokyo at night. Or there’s a child’s train set and suddenly we’re in an old Western and they’re fighting on the top of the train. There are so many really clever, really cool little action mini beats.”

Summing up, Stoll’s first experience working on a Marvel film was everything the actor expected and more. “Doing all the stunts and the physical work is really fun. It’s also fun just looking around and seeing these incredible sets and getting a sense of what the special effects are going to look like. But really the most fun has been the freedom and the fun of this larger-than-life character and having this chance to run free with it because rarely outside of theater do you get to be this theatrical.”