When they accidentally lose yet another master, Kevin, Stuart and Bob lead the charge for their fellow Minions in search of the next master to serve, in Universal Pictures’ new adventure comedy “Minions.” Their harrowing journey is far from easy, but the quest that is chronicled in the film will introduce us to everything we’ve ever wondered about them. 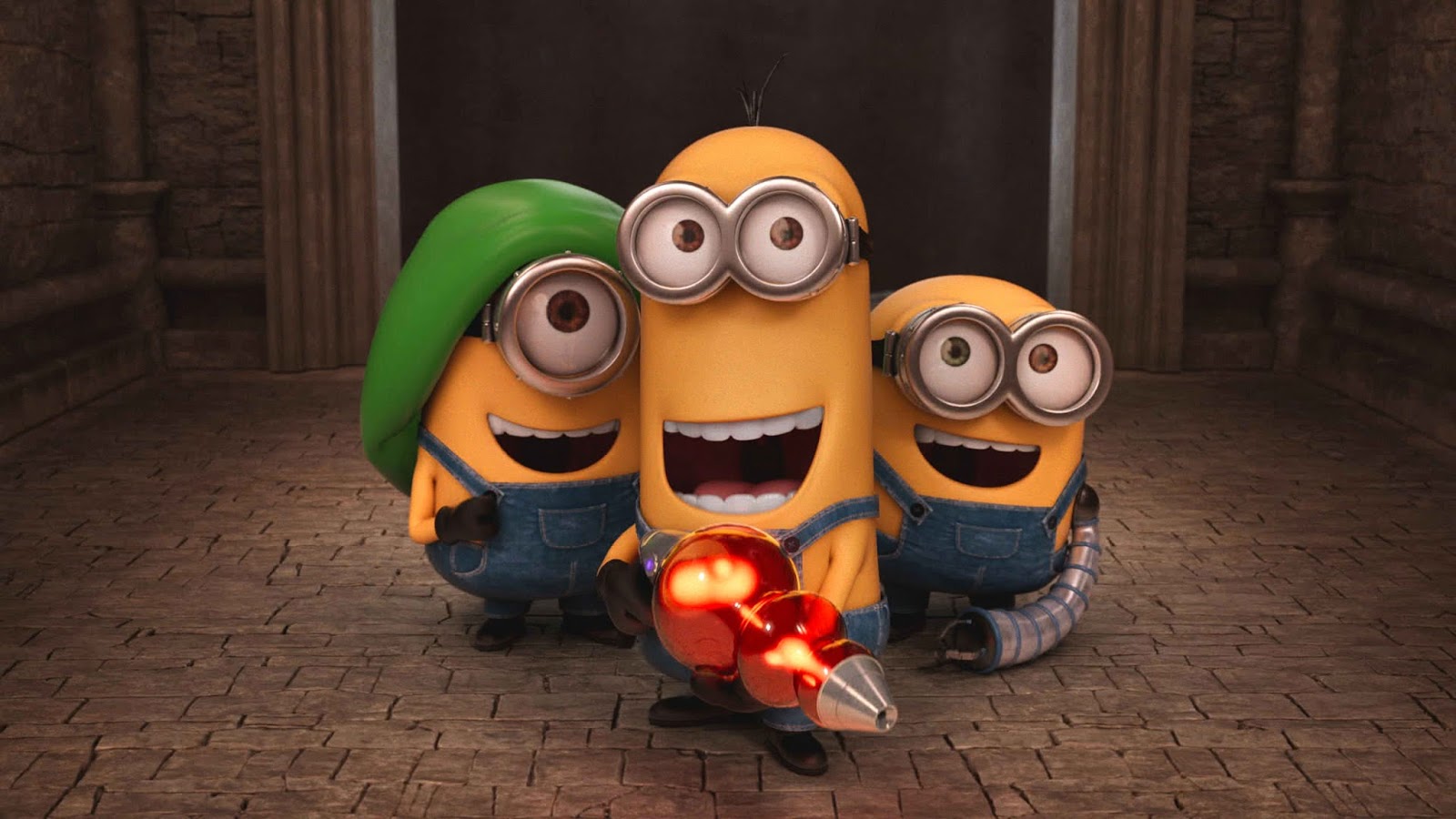 Kevin (Pierre Coffin) is the proud and protective “big brother” who knows that Minions without a master are Minions without a purpose. It’s Kevin who steps up and ventures out into the world with Stuart and Bob to find a new evil boss for his brethren to follow.

Stuart (Pierre Coffin) is the “middle brother” of the Minions who feels hungry, mostly, and loves being a rebellious guitar player. Although the perennial adolescent has a short attention span and is a bit apathetic about the mission, he will certainly help Kevin and Bob find the biggest, baddest villain to serve.

Bob (Pierre Coffin) is the innocent and eager “little brother” of the Minions. He embodies unconditional love for everyone and everything, and is a little nervous to go on an unknown journey with Stuart and Kevin. 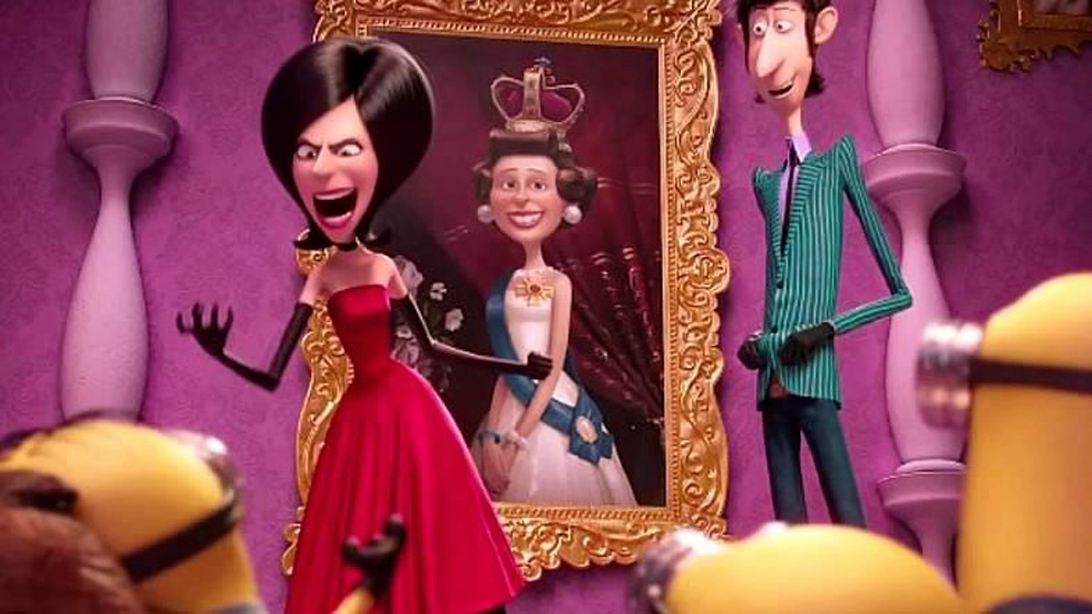 Scarlet Overkill (Sandra Bullock) is the world’s first female super-villain. She is a unique combination of quick-tempered and impeccably stylish. Kevin, Stuart and Bob are drawn to her for her ability to mastermind incredible heists, and they are simultaneously terrified of and smitten by her. Scarlet hires the Minions as her henchmen and charges them with their first mission: to embark on a criminal heist that takes them to London as she attempts to achieve her lifelong dream: becoming the Queen.

Herb Overkill (Jon Hamm) is Scarlet’s mod husband and a mad scientist. Herb can usually be found in the lab inventing extraordinary ’60s-inspired gadgetry while always loving and supporting Scarlet. Known just as much for his swanky sartorial choices as he is for his ability to invent, there is nothing that Herb won’t do to champion his wife.

When he’s not a straight-laced, nerdy dad and devoted husband, Walter Nelson (Michael Keaton) is a quite-accomplished bank robber. You read that right. Walter is the patriarch of a crime-happy family of felons who meet Kevin, Stuart and Bob on their way to Villain-Con, a secret convention in Orlando where villains gather annually. If you’re a Minion who has to hitchhike across the country, there is no better chaperone. 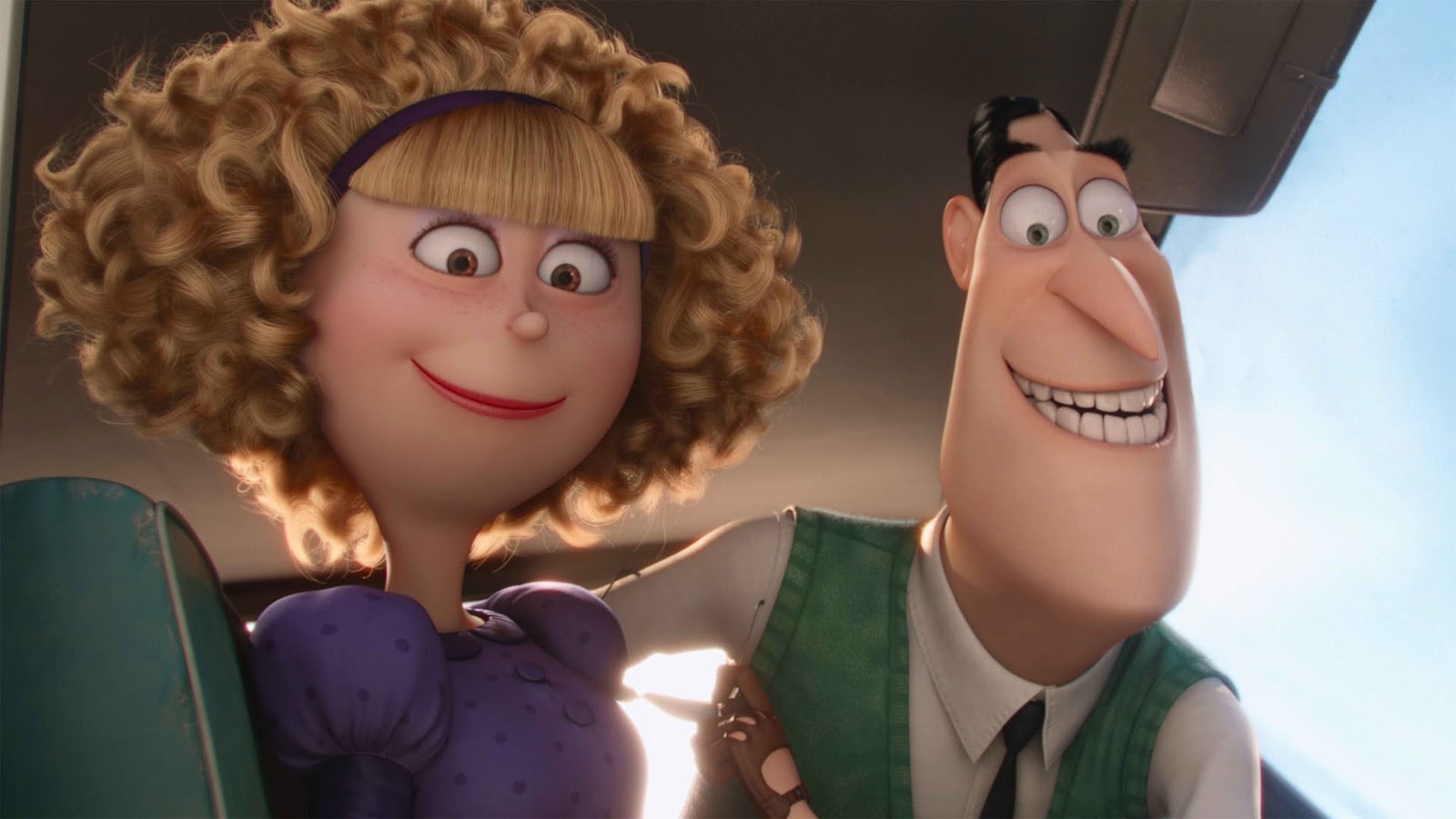 Madge Nelson (Allison Janney), the Bonnie to Walter’s Clyde, shows you can never judge a book by its cover. Madge gleefully is the co-leader of the crime-happy Nelson family, who pick up the hitchhiking Kevin, Stuart and Bob to join Walter and their kids on their way to a family stickup.

Professor Flux (Steve Coogan) has long postulated that time is, well, relative. When the Minions encounter him at Villain-Con, they found that he’s invented a time machine and brought future versions of himself to help out in his lab. Now that he has (almost) perfected time travel, the professor is this close to changing what we’ve long held to believe is the space-continuum….

The Tower Guard (Steve Coogan) is proof positive that age doesn’t matter. When Kevin, Stuart and Bob are charged with breaking into the Tower of London to steal the Queen’s jewels for Scarlet, they think it’ll be a piece of cake to get past this hard-of-hearing and almost-blind old man. Or will it?

The Queen (Jennifer Saunders) has seen everything and ruled England for decades before the Minions hit her shore. And she’s about to find out what happens when a super-villain plots to steal her Crown Jewels and take her out of the game for good.

The Narrator (Geoffrey Rush) bookends this chapter in Kevin, Stuart and Bob’s journey and walks us through how our heroes came to be, what they’ve been up to and just where they’re going.