While countless directors were interested in relaunching one of the most successful and popular franchises in movie history, producers Spielberg, Frank Marshall and Patrick Crowley searched for some time for a creative talent who could honor the spirit and legacy of the franchise and propel it forward creatively. 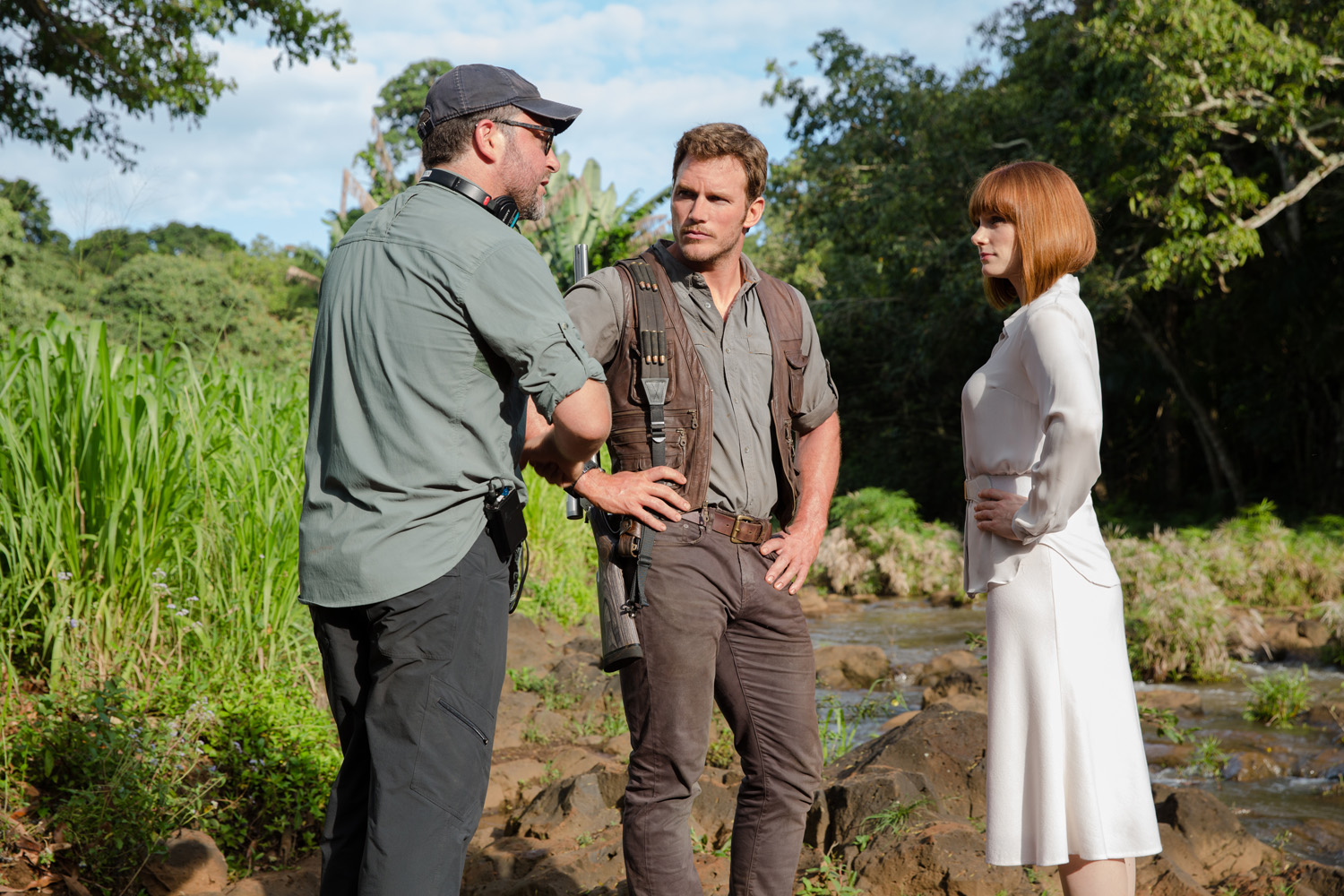 They found their successor in newcomer Colin Trevorrow. A pioneer of the online short film, Trevorrow’s first feature, 2012’s critically lauded “Safety Not Guaranteed,” was nominated for multiple awards, including the Grand Jury Prize at the Sundance Film Festival, and won an Independent Spirit Award. His work caught the eye of Spielberg and Marshall, who felt his fresh and decisive perspective—rooted in character but delivering in speculative thematics—made him worthy of carrying the torch.

The longtime filmmaking partners felt confident that Trevorrow could deliver the magic, thrills and wonder that moviegoers expect from a Jurassic movie and simultaneously infuse it with fresh perspective in the ongoing narrative. Spielberg explains his decision: “I had seen `Safety Not Guaranteed’ and the very last scene was what convinced me that Colin was the right person to direct Jurassic World. I flew out of my seat when I saw the last scene of that movie. Frank showed me the film, and that’s when I knew that if Colin was good in the meeting, he was going to get the job. He was completely enthusiastic, both as a filmmaker and as a fan, but also had a story to tell. He didn’t just come in and say, ‘I’d like to render my services directing the fourth installment.’”

Having come of age in an age-group that grew up watching Amblin films, Trevorrow acknowledges that his perspective as a director is undeniably influenced by Spielberg: “A part of what drives me is the notion that I’m representing a generation of people who grew up on Steven’s films and want to see these types of stories continue to be told.” 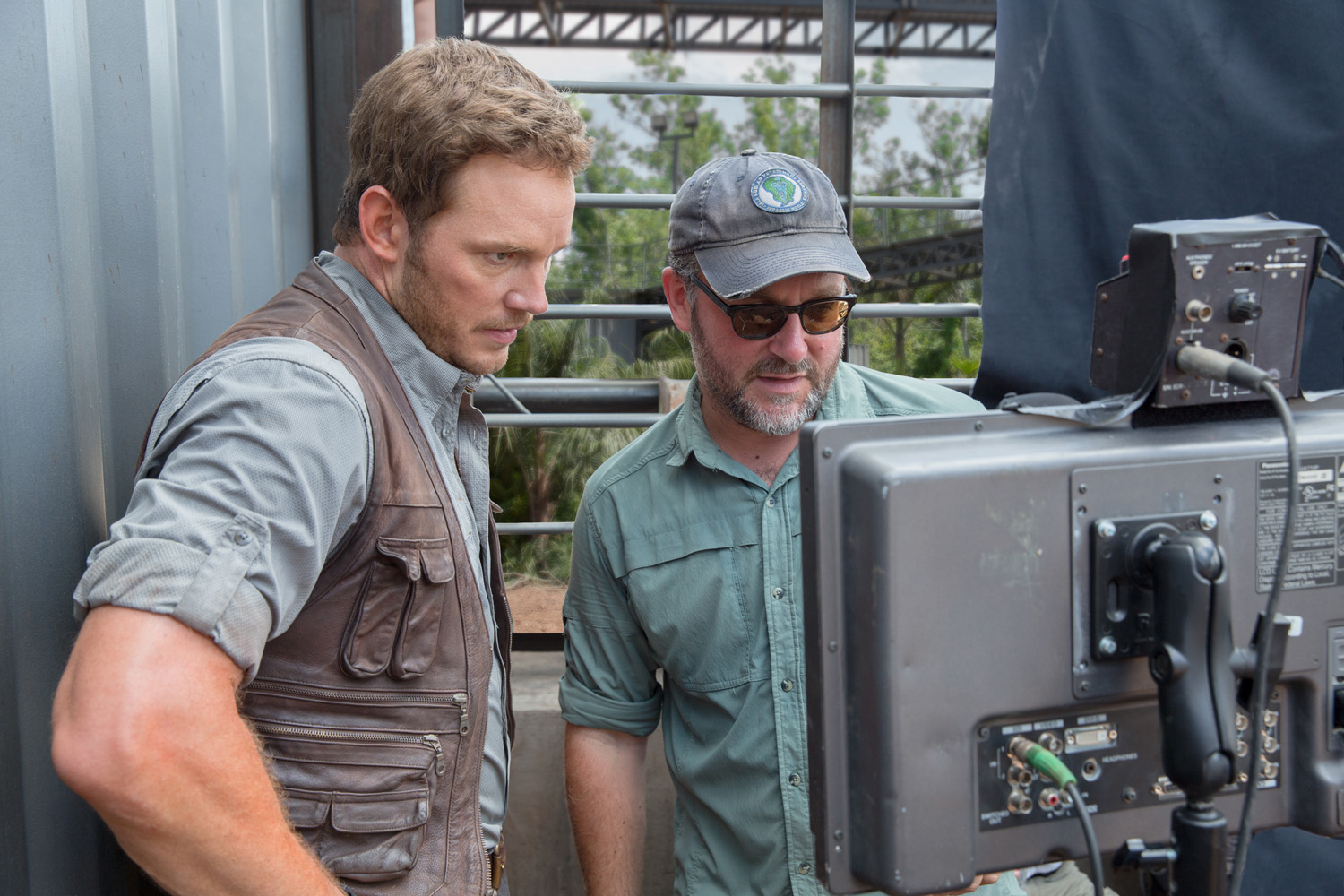 In that spirit, Trevorrow’s objective was to deliver the perfect balance of wide-eyed wonder and seat-gripping thrills that moviegoers expect from a Jurassic film, while introducing new characters and a story line full of ideas worthy of another chapter. “We know we don’t want another film of people just running from dinosaurs and screaming; that’s been done before and done very well,” he says. “I felt that what the audience wants, and I know what Steven wants, is to take this brilliant core concept and see where else we can go with it—to expand and open it up, while taking audiences back to a familiar place.”

The once-in-a-lifetime opportunity to collaborate with one of the greatest filmmakers in the history of cinema was not lost on Trevorrow. “For me, I can’t even pretend that I’m not a student throughout this process,” he gives. “I know that I can make a film that is going to honor what Steven did, but I know I’m essentially getting a free master class in both filmmaking and in Jurassic Park.”

The director acknowledges that he found a kindred spirit in Spielberg: “Steven and I both have a lot of enthusiasm for what we’re working on, and to have two people of different generations geeking out on the same stuff has been a thrill for me. The moments where we’re actually able to create together and build new ideas, these are the things that I couldn’t have anticipated when I was younger. As a creative person, that is something that can’t be matched.”

Trevorrow’s hope for “Jurassic World” is a simple one: to re-create the magic that will harken audiences back to how he felt the first time he saw the movie. “I have a very specific memory of `Jurassic Park’ coming out on the last day of school, and there’s a feeling that goes along with that,” he shares. “When everything is behind you, everything is ahead of you and you have that moment of being alone in a movie theater and being transported to where `Jurassic Park’ takes you.”

Rebecca Ferguson Must Contend with an Alien Creature in “Life”

Rachelle Ann Go to Sing “A Dream is a Wish Your...

“The Hobbit: Battle of Five Armies” Attacks with Final Trailer